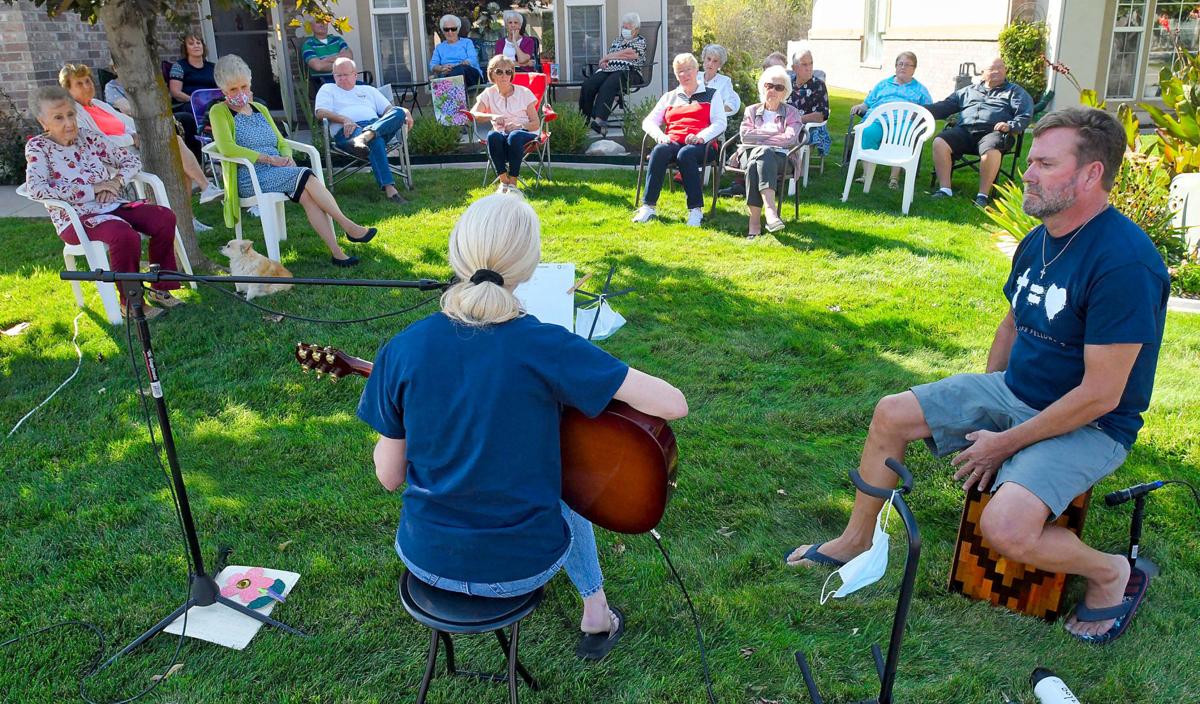 Scott and Marly Boyer perform a concert for Jean Speth, left, and her neighbors on Sunday in Providence. 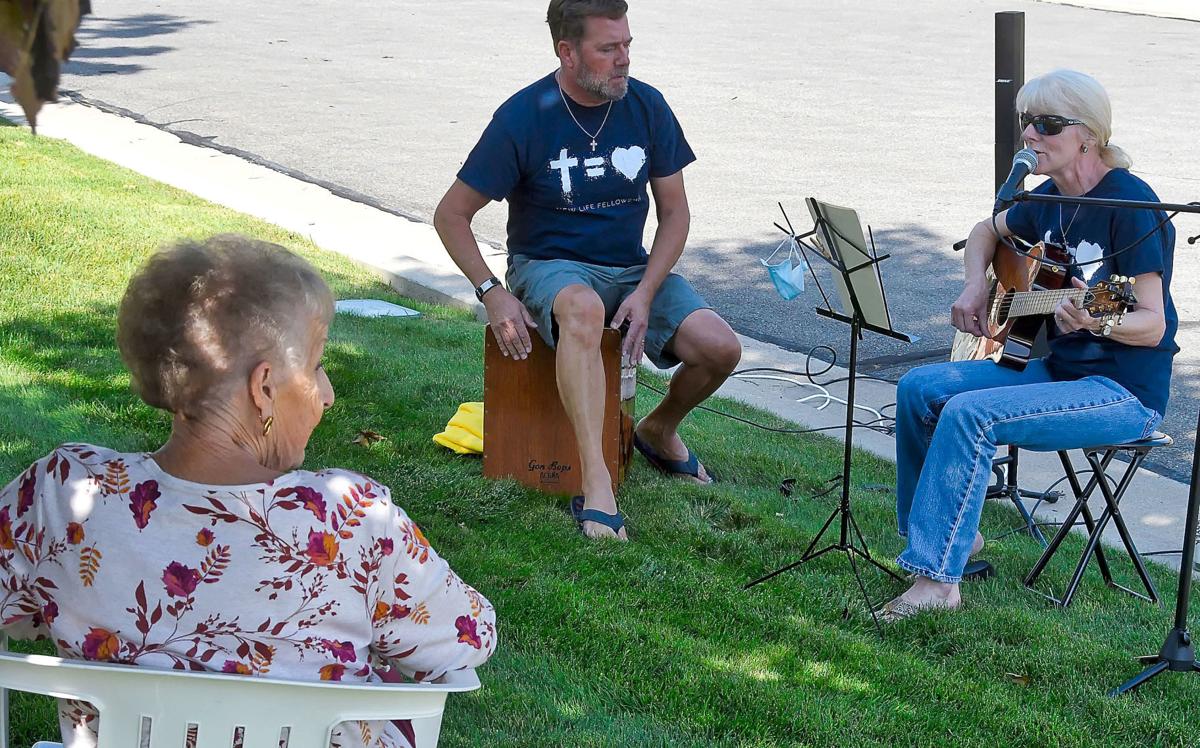 Scott and Marly Boyer perform a concert for Jean Speth and her neighbors on Sunday in Providence.

Scott and Marly Boyer perform a concert for Jean Speth, left, and her neighbors on Sunday in Providence.

Scott and Marly Boyer perform a concert for Jean Speth and her neighbors on Sunday in Providence.

Everyone needs a little lift sometimes.

That’s where Jean Speth found herself last week. The 81-year-old Providence resident has plenty of friends in her retirement community, but living alone during the coronavirus pandemic has been an isolating experience for many senior citizens like herself, and it was starting to get her down.

Jean hasn’t been to church since the pandemic started because as an octogenarian and lung-cancer survivor, she sits squarely within two high-risk categories for the virus. However, she has been in touch with fellow members of the New Life Fellowship Church in North Logan, and when she phoned someone from the congregation last week to express her flagging spirits, the little lift she needed was set in motion.

That someone was Scott Boyer, who with his wife, Marla, performs occasional musical numbers at the church and other places around Cache Valley.

“I called Scott and told him I was feeling sad. He’s always so sweet,” she said. “As we were talking, he says, ‘Well, it sounds to me like what you need is a driveway concert.’”

Jean didn’t want to be the only one to enjoy the couple’s music and kindness, so she asked if she could invite her neighbors. The answer, of course, was yes. By the time the scheduled Sunday performance began, the concert was moved to the front lawn of a condominium on the shady side of the street, and about 20 neighbors arrived with lawn chairs to enjoy the show.

Jean’s tiny dog, Teddy, also made the trip across the street and sat politely through the performance as Jean beamed throughout.

Singing and playing the guitar, Marla serenaded the group with a mix of country, folk and gospel songs including John Denver’s “Country Roads,” Leonard Cohen’s “Hallelujah” and the traditional ballad “Wayfaring Stranger.” Scott accompanied her on his “cajón” box drum, and members of the audience occasionally sang along, blending in with spot-on harmonies. One neighbor arrived with a tambourine and tapped it softly during a few tunes.

The Boyers, both former Utah State University executives, have a strong connection to Jean through shared experiences.

“They’re really good friends,” Jean said. “After I was diagnosed with lung cancer, Scott came and sat with me while I was getting treatments, and Marla is a cancer survivor also.”

That Marla is even able to sing and play music is something of a marvel. As Scott explained to the assembled seniors, his wife not only went through multiple rounds of chemotherapy and radiation during her cancer ordeal, she also experienced a surgical accident during a procedure related to her cancer.

“She needed to get a biopsy in order to confirm her diagnosis, and when they did the biopsy they nicked an artery in her arm and they nicked her vocal chords, so her left arm ballooned up and she lost her voice,” Scott said. “What should have been an outpatient visit ended up as three days in the hospital, two transfusions and more. We didn’t know if she would ever sing or play the guitar again, and here we are 13 years later.”

Before their retirement at USU, Marla served as senior associate director of Human Resources, and Scott was the executive director of Marketing for Extension Services. They now serve as the mission and outreach directors for New Life Fellowship and engage in a variety of other voluntary activities.

“We like to say we graduated and now we’re doing humanitarian work,” Scott told The Herald Journal during a brief chat before the show.

After Sunday’s driveway event, Jean was thankful for her friends’ visit but said the Boyers wouldn’t let her monopolize the appreciation.

“They were thanking me for letting them do it for us. They’re so sweet,” she said.