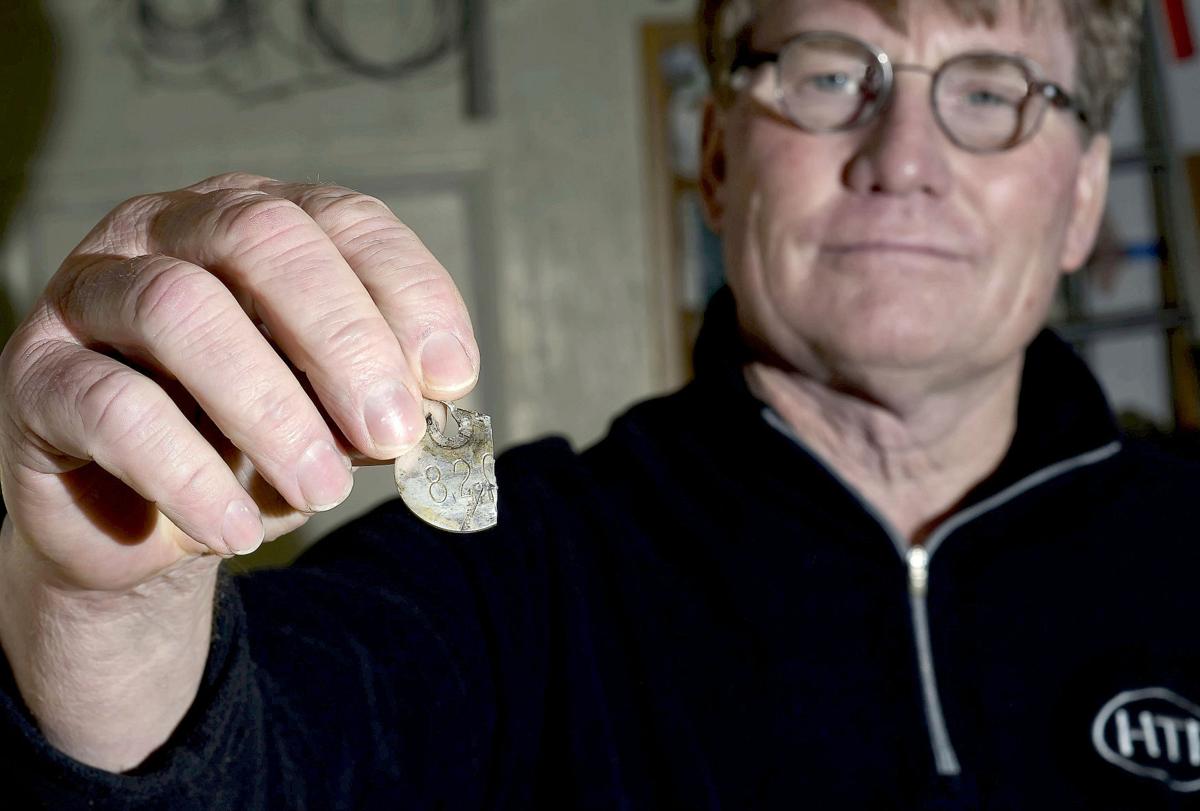 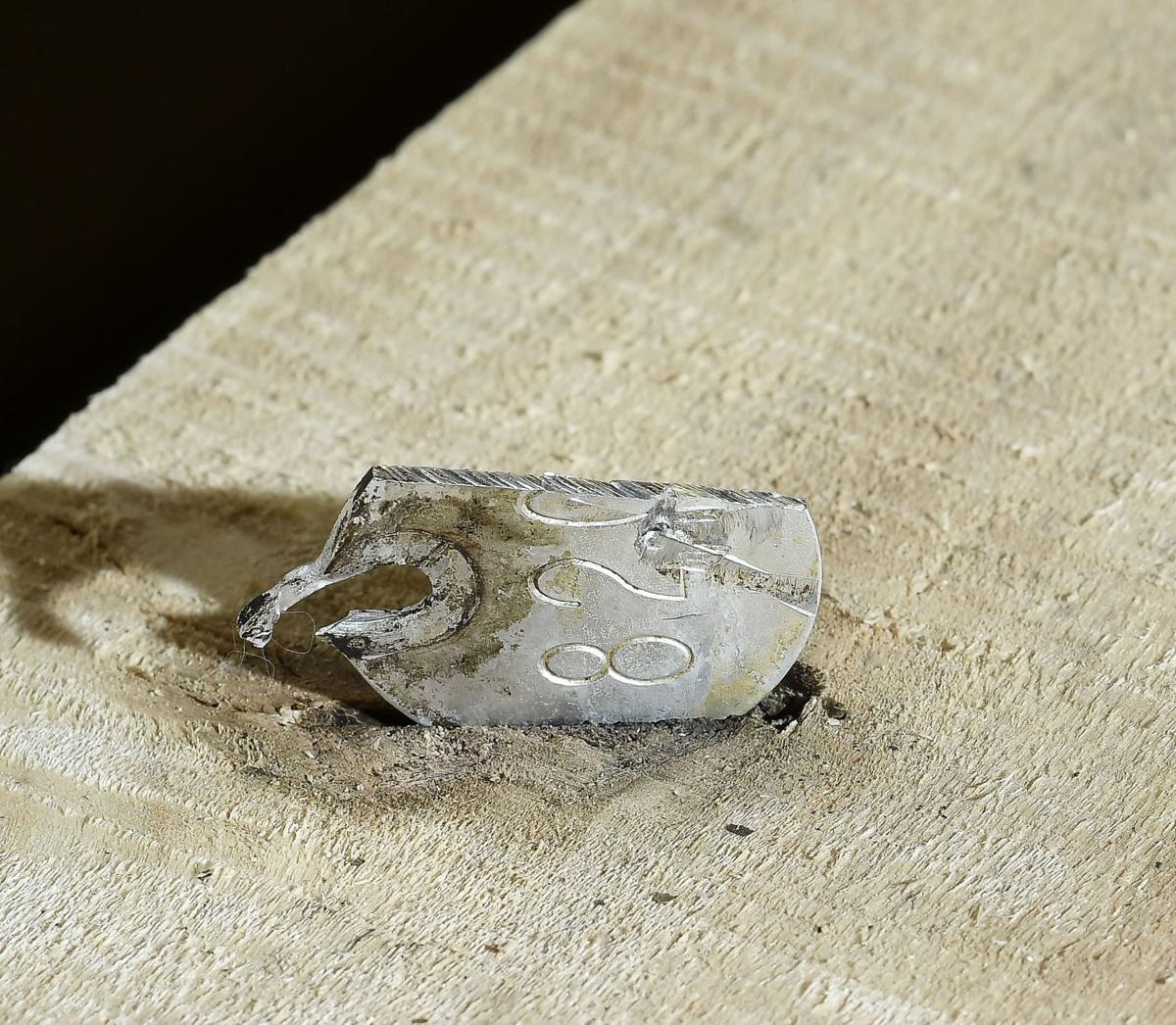 A Smithfield man cut into an unexpected mystery when he found a round metal tag embedded in birch wood he was preparing for a home project.

Rod Hyatt had slats milled from the birch tree locally but found the surprise after he’d started working with them.

“As I was looking at them, there’s a couple of nails I could see that he’d nicked with his saw as he’d cut through it in a couple of places,” Hyatt said. “So I went to dig this one out and pull this one out before I’d run it through my planer, and I pulled that tag out.”

The tag was circular, bore a three-digit number and seemed to be made of aluminum. The man he bought the wood from believes the tree came from somewhere in Cache Valley but couldn’t say exactly where, so Hyatt started asking around.

“I posted on Facebook and I got quite a few different varieties of people that popped up going, ‘Well, it might be this, might be that,’” Hyatt said.

Hyatt said the slats he bought from the tree were about three and a half feet wide with at least 100 years of growth. Based on where he found the tag inside the wood, he believes the tree grew around the tag and then put on another foot of growth.

Rod’s wife, Janelle, sent a photo of the tag to the newspaper. After following up on some of the Hyatts’ hunches, The Herald Journal got its strongest confirmation from Rex Davis, the forestry division foreman for the City of Logan.

“This looks exactly like the tree tags that Logan City used many years back to identify trees,” Davis wrote.

Tags like the one Hyatt found were a common way to identify and inventory trees in the ‘80s and ‘90s, Davis wrote, but he believes that “Unfortunately the paper trail that was associated with those tree tags is long gone.”

Most of the trees Logan tagged were in Willow Park, Merlin Olsen Park and the cemetery, Davis wrote. Given that the tag was found in a birch, Davis’s best guess is that the tree came from the Logan Cemetery.

Davis was surprised to hear that Hyatt found the tag so deep in the tree, because some of the city’s tags are still visible on crack willows, which grow much faster than birch. The tags were affixed to the trees with small nails, however, which is consistent with Hyatt’s discovery.

“That sounds like what it could have been,” Hyatt said when he heard the information from Davis, although he personally estimates the tag is from further back than the ‘80s or ‘90s.

“Probably going back around 150 years is when it (the tree) was planted,” based on its width, Hyatt said, though he hadn’t yet counted the rings to be sure. “Somewhere in the middle of that time, 75 years ago, would be about when that tag would have been put on.”

Though Hyatt himself was quick to say that estimate involved “lots of supposition.”

The other leading theory Hyatt heard from Facebook was that sometimes people are given an ID tag after pets are cremated. A family could have buried the ashes under the tree and nailed the tag to the trunk as a sort of marker.

The Herald Journal called a couple local facilities that cremate pets, including Heavenly Animals in Richmond and the USU Diagnostic Lab in Logan. Both said they do not use metal ID tags.

Myers Pets at Peace Crematory in Ogden, which sees some business from Cache Valley, does use metal ID discs to help clients feel sure there have been no mixups with cremains. According to the business’s website as well as an employee who answered the phone, however, Myers’ discs are made of steel, not aluminum, and each bears the business’s name, which does not appear on the tag Hyatt found.