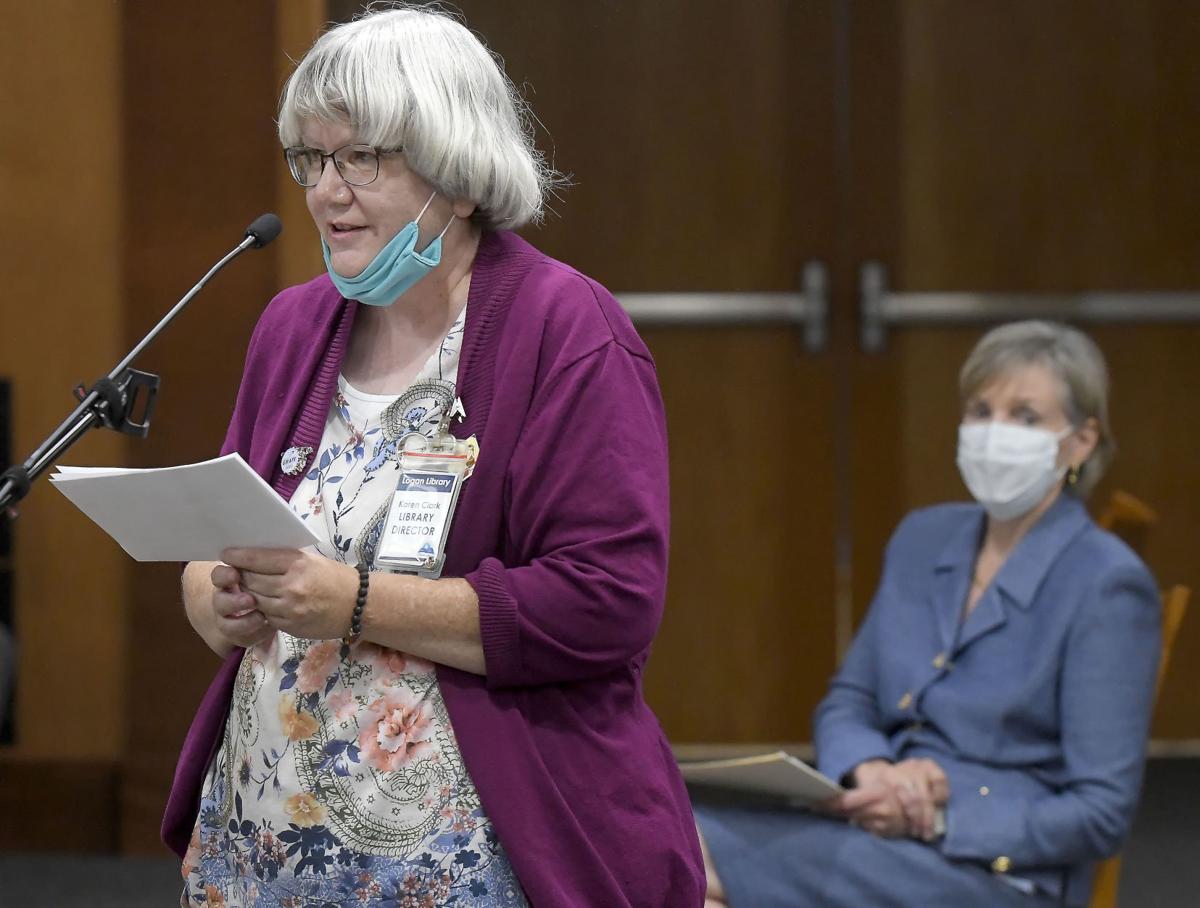 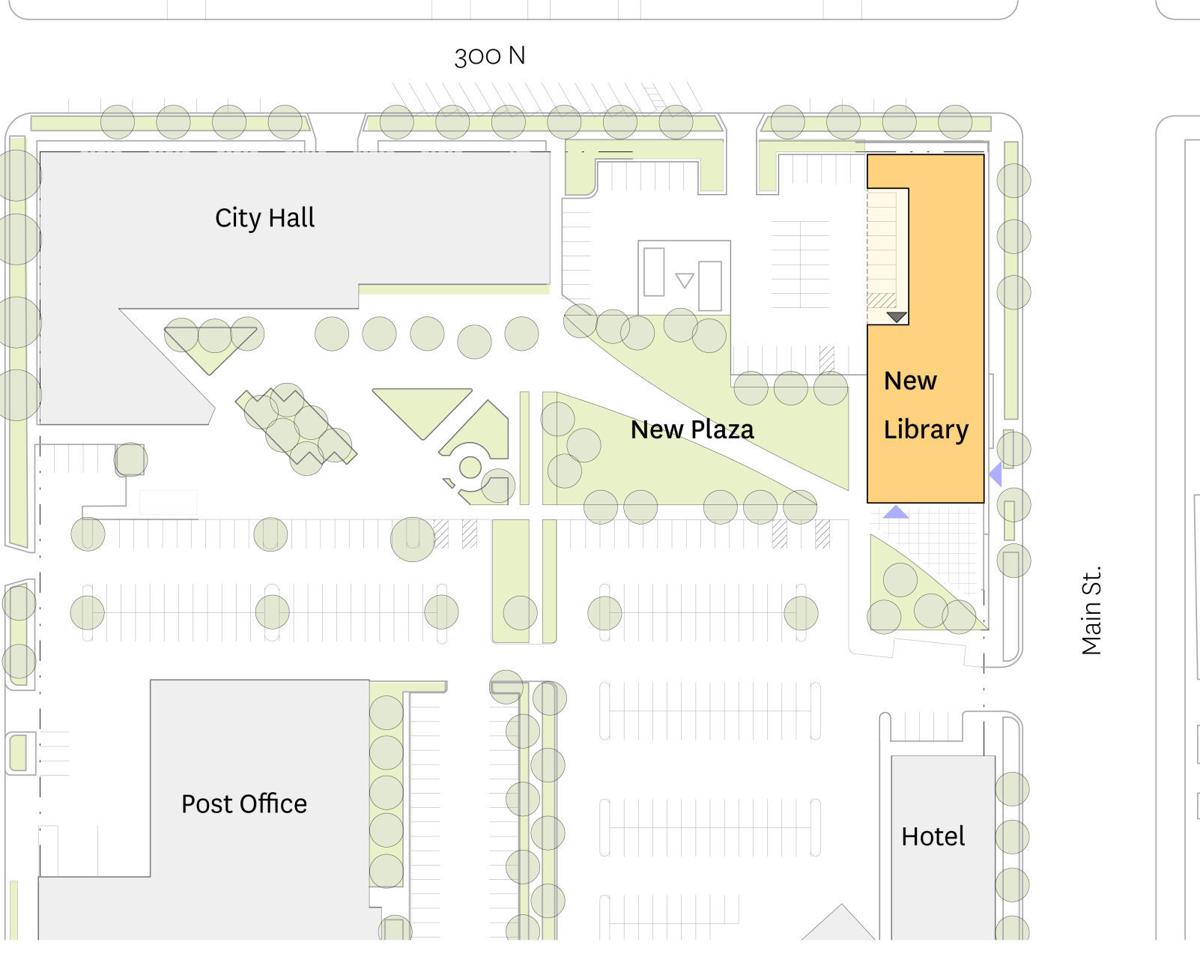 What’s wrong with the Logan Library?

“Oh, you know, everything,” said Karen Clark, the library’s director.

At the Aug. 18 Logan Municipal Council meeting, Mayor Holly Daines said things have “been quiet while we explore” options, but she agreed “Logan desperately needs a new library.”

A plan was introduced to the council to demolish the current facility and rebuild at the same location. The proposal would grow the library to two usable stories, and 35,000-40,000 square feet.

Daines said the Design West and Hacker Architects’ proposal is “a win for downtown,” people are happy with the current location and acquiring new property elsewhere could add another $1 million to the nearly $16 million proposal.

The city has already saved enough over the years to cover about $9 million and would acquire an $8 million loan and raise property taxes to cover the remainder.

For a home valued at $281,000, yearly property tax would increase about $17, or, as Councilmember Mark Anderson pointed out, the cost of one book a year. The council will be seeking comment on the potential rise in the coming months, but the increase must go to a Truth in Taxation hearing before the Utah Tax Commission in August of 2021 before construction can begin.

If the increase is granted, City Attorney Kimber Housley said he expects the proposal to move forward.

Housley and Clark have both said this is the closest the city has come to a new library in their tenures, though Clark remembers her boss telling her there would be a new library built about 20 years ago.

Housley added there will be pushback no matter what the city chooses, but this location hasn’t been as controversial as the previous proposals.

Rebuilding at 255 Main Street is the third proposal in as many years for the new library, but after decades of fizzled plans and proposals, Clark — along with much of Logan — hopes the new plans to rebuild the Logan Library will finally come to fruition.

“We are — were — a bustling place, until COVID hit,” Clark said. “We really miss our patrons, and we can’t wait to serve them fully from the new library.”

Barbara Moon, a Providence resident using the library’s outdoor pickup service last Wednesday, said the $60 per year fee for non-Logan citizens to use the library is worth it and the current location is ideal.

“I think it’s great,” she said. “It has the other city buildings right there, and just if they can have the parking they need is the only concern.”

Parking was a major issue for both the 2016-2017 proposal to use the old V1 Grizzly Station site as the new library location and the proposed Emporium locations. In the new plan, the parking lot and sidewalks would be shifted to increase parking by about 35 spots at the site, while still maintaining and enhancing the current plaza.

Before the pandemic, Clark had been concerned with how the library could offer services if the current location were under construction. But COVID-19 forced the staff to adapt and learn how to cope without opening the doors to the public.

“Since then we’ve vitalized online services,” she said. “With our pick up and go program, we’re running out the door all the time. We could still do this while under construction.”

Other opponents to a new location had asked if the library could be remodeled again rather than building a new one, but according to Housley, it’s just not cost effective.

“When you make that kind of investment, do you want a remodel that will give you about 25 years at best, or build a new one you can get 50, 75 years out of it, or more? ... That particular building has been remodeled so many times; it’s already a combination of four different buildings.”

Kent Craven, senior project manager at Design West, previously told The Herald Journal a remodel of the current location could cost up to 90% of what a facility would.