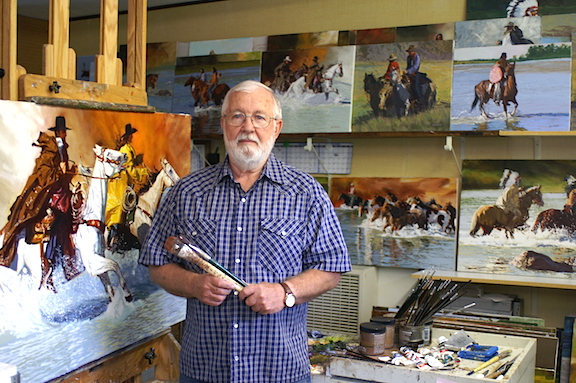 Artist Glen Edwards is seen in his Smithfield studio, where he worked side by side with his wife, Barbara Summers Edwards. 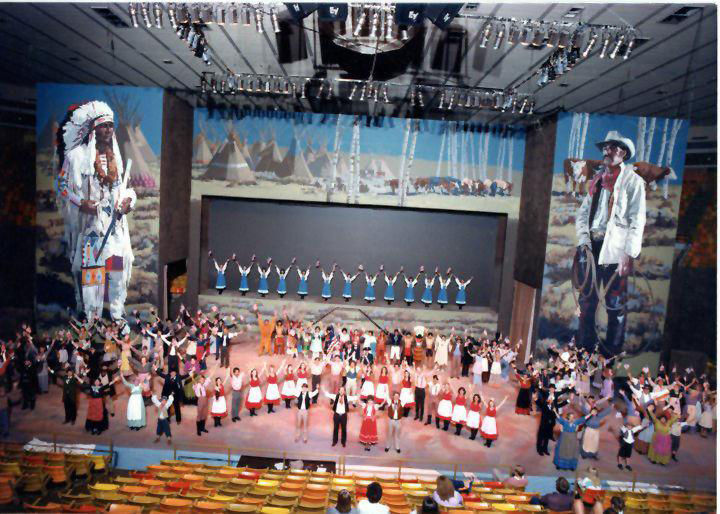 I screwed up the cutline on the artist jump photo. It should read: Paintings by Cache Valley artist Glen Edwards flank the stage at the Festival of the American West pageant, which was performed for more than 30 years at the Dee Glen Smith Spectrum at Utah State University. 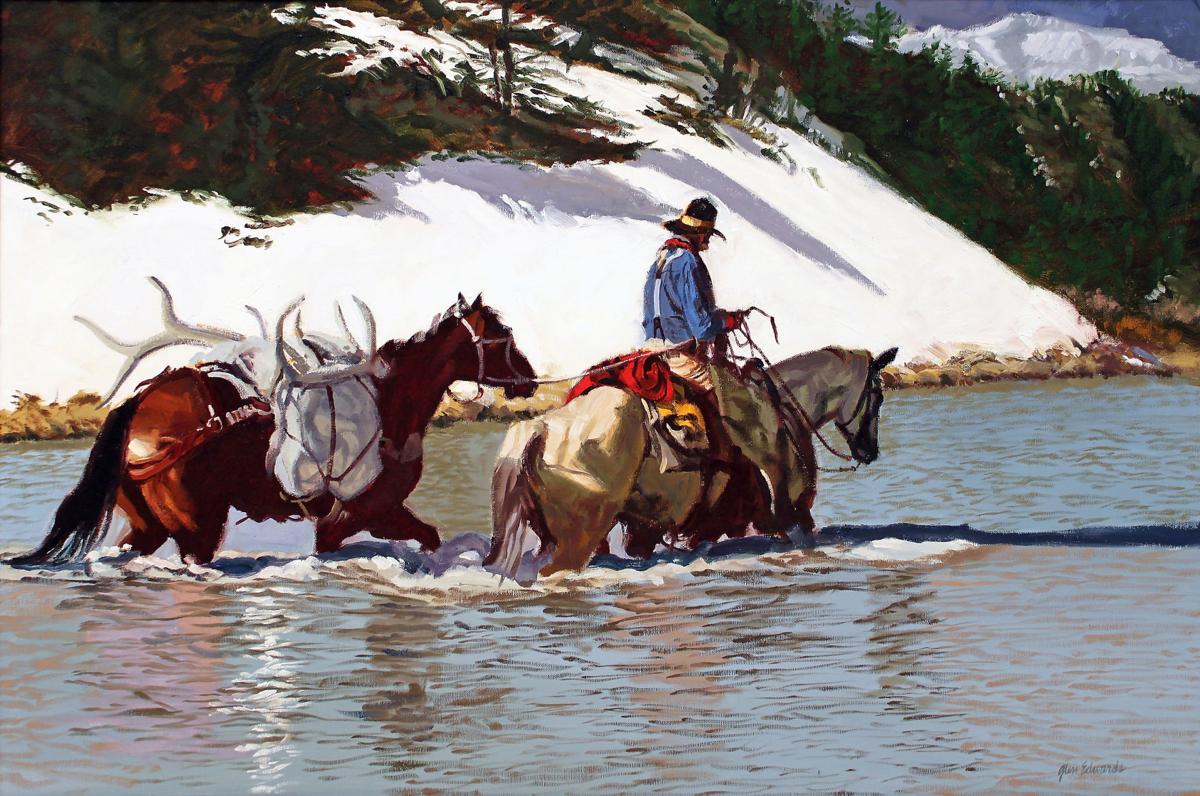 An oil painting by Glen Edwards.

Artist Glen Edwards is seen in his Smithfield studio, where he worked side by side with his wife, Barbara Summers Edwards.

I screwed up the cutline on the artist jump photo. It should read: Paintings by Cache Valley artist Glen Edwards flank the stage at the Festival of the American West pageant, which was performed for more than 30 years at the Dee Glen Smith Spectrum at Utah State University.

An oil painting by Glen Edwards.

Anyone who ever attended the Festival of the American West pageant at USU knows the artwork of Cache Valley painter Glen Edwards. You simply couldn’t miss it.

Two towering portraits, one showing a cowboy and the other a Native American chief, flanked the massive stage at the longtime Logan pageant, while the concourse of the Dee Glen Smith Spectrum was lined with several more of Edwards’ Western-themed paintings, including an epic 80-foot wide mural depicting scenes of frontier life.

The Preston-born painter and former Utah State University art professor, who died Saturday at age 83, is being remembered for those artworks and many other things as news of his passing spreads in the community and among his former art students.

“I had the privilege of taking several classes with Glen during my undergraduate studies at Utah State. I now teach at a community college myself and often recall and share lessons he taught to my own students,” wrote Dave Roholt on the guestbook for Edwards’ online obituary. “When I think of Glen, the clearest memories of all include his very gracious and kind demeanor. Glen’s influence will live on in the many people and students whose lives he touched and changed as a force of goodness and hope.”

Edwards taught at USU for 32 years while doing some watercolor and oil painting on the side, then he turned to painting full-time after retirement from the university in 2000. He garnered several awards for his work and for years has had pieces on display in galleries in Santa Fe, Park City, Jackson and Sun Valley, among other Western tourist meccas known for showcasing regional artists.

His wife and fellow painter Barbara Summers Edwards said her husband’s hallmark as a teacher was connecting with the young people in his classes.

“He has students doing pretty much every gamut of art that you can think of. They’re scattered everywhere,” she said. “He has probably dozens and dozens whose work is displayed in galleries, plus illustrators working professionally and some that have gone into graphic design and sculpture and even some that illustrate children’s books.”

As life stories often go, Edwards’ ultimate career pursuit was the furthest thing from his mind while growing up in Preston and attending Preston High School. He was a good athlete and wanted to be a professional basketball player, but that prospect became fainter and fainter as he matured and only grew to 5-feet 5-inches tall.

As the story goes, his high school basketball coach, Ev Sorenson, recognized Edwards’ budding artistic gifts and upon graduation introduced him to Ev Thorpe, a professor in the USU art department. From that introduction came a bachelor’s degree in graphic design, followed by a master’s degree in illustration, followed by an offer to teach at the university.

Barbara met Glen when she enrolled in one of his art classes, then later worked with him in the university graphic services department. A well-known artist in her own right, Barbara helped her husband paint the large murals displayed at the Festival of the American West, and the couple has painted side by side at their Smithfield home for many years.

A large sampling of their works can be seen at their shared website, edwardsfineartstudio.com. Both focus on Western themes in their work — cowboys, Native Americans, horses, pioneers, mountain men.

Edwards had been battling prostate cancer for the past two years but continued painting almost until the end of his life.

“He didn’t do a lot of painting in these last six months, but there was a period of about a month a couple of months ago where he painted,” Barbara said. “The cancer was pretty devastating to his body. It was hard to have the stamina to paint, but he tried, doggone it.”