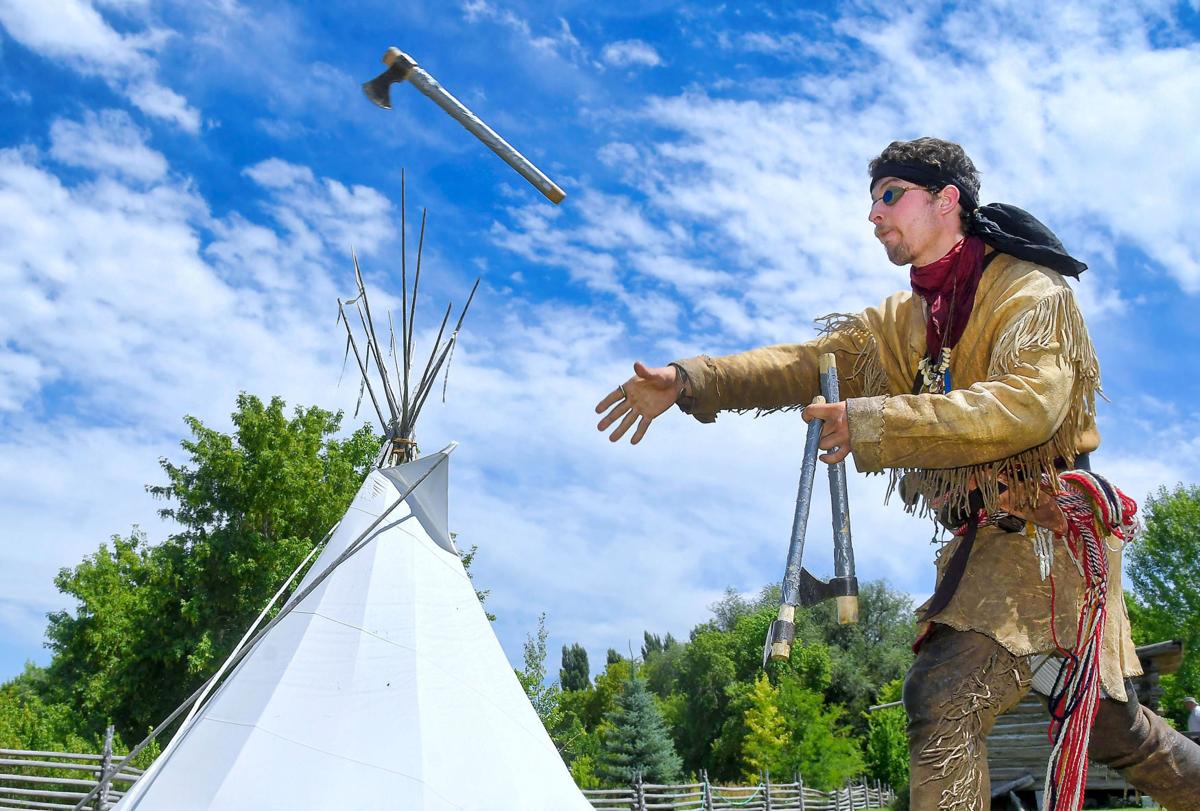 Carson Pate participates in a tomahawk throwing competition at the Cache Valley Rendezvous and Pioneer Festival on Friday at the American West Heritage Center in Wellsville. 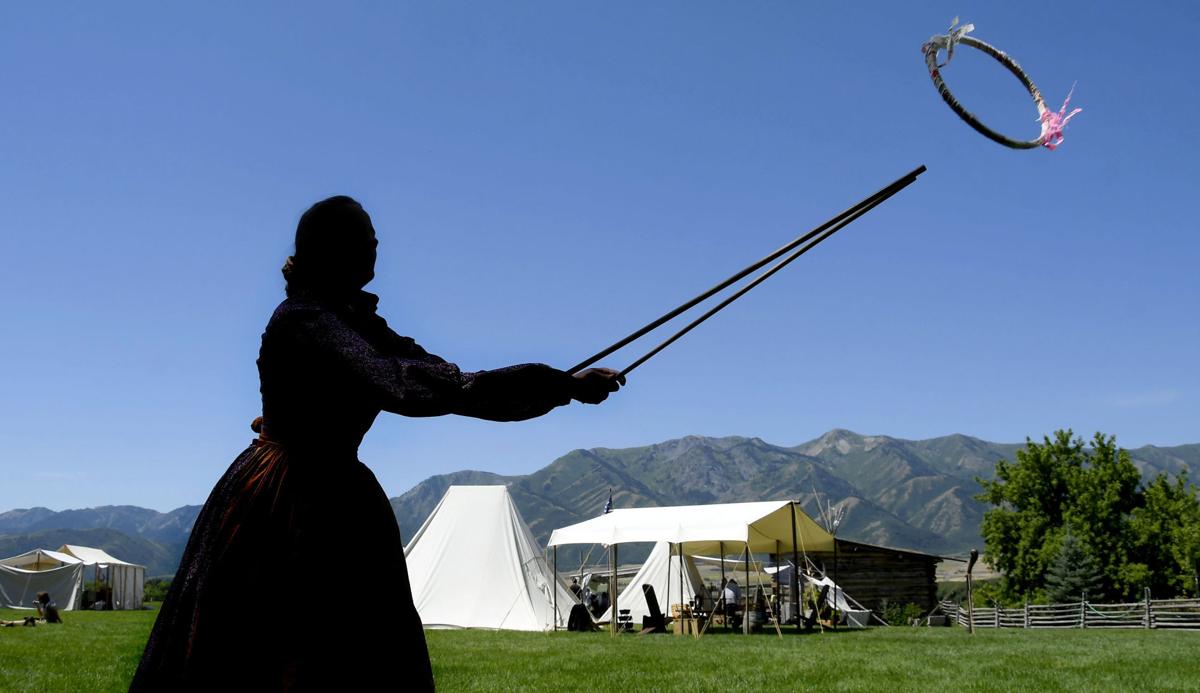 Brianne Miller plays the Game of Graces during the Cache Valley Rendezvous and Pioneer Festival on Friday at the American West Heritage Center in Wellsville.

Carson Pate participates in a tomahawk throwing competition at the Cache Valley Rendezvous and Pioneer Festival on Friday at the American West Heritage Center in Wellsville.

Brianne Miller plays the Game of Graces during the Cache Valley Rendezvous and Pioneer Festival on Friday at the American West Heritage Center in Wellsville.

A banjo twangs on one side of the field while the notes of a harmonica can be heard in the distance. A train whistle blows as the conductor yells, “All aboard!” Black-powder guns fire in demonstrations, and children giggle as they play Hoops and Graces while their parents try their hand at tossing tomahawks.

It’s been nearly 200 years since the original Mountain Man Rendezvous was held in Cache Valley, but local enthusiasts bring the tradition to life once a year for equal parts education and fun at the American West Heritage Center over the July 24 weekend in Wellsville.

And though the COVID-19 pandemic has led to cancellation of many events throughout the valley, the outdoor setting in the wide open space is perfect for physically distancing.

Abby Saltas said she was apprehensive about how crowded the event would be, but though there were 100-200 people in attendance early Friday afternoon, she never felt unsafe.

Saltas’ family consists of individuals from 1 year old to mid-50s, and she said there’s something for everyone, such as the train and pony rides for the kids, old cabins set up as they would have been in the late 19th century, and living history reenactments for everyone.

“We’ve had a really good time here, and it’s really informative fun,” she said. “(The volunteers) are taking every opportunity to teach us things while we’re here, and I love when you can go outside, have fun and also learn something.”

Annalise said celebrating “Pioneer Day the pioneer way” helps the community come together and see history from a different perspective.

“If you don’t understand your history, you’re gonna repeat it,” she said. “And, you know, we are not the biggest event, and we’re not the most historically accurate event. But when you know better, you do better.”

Sarah Admunsen teaches history at a middle school in American Fork, and she said the Mountain Man unit is always students’ favorite — as well as her own.

“Utah studies is, you know, kind of a lot of history that a lot of people already know, especially living in Utah,” she said, “but I feel like they’re always kind of surprised and interested more by the Mountain Men than really any other unit we teach.”

“When you think of the Western fur trade, we talk a lot about Wyoming, or we talk about Idaho, but we don’t talk about Utah very much for some reason,” he said. “Yet Cache Valley of course gets its name because of the Mountain Men caches that were here.”

Reese, a nurse by trade which led to his mountain man name of “Medicine Hawk,” has been involved with reenactments and rendezvous since the mid-1980s but said the tradition is now more important that ever.

“Look at our interactions with each other and how much the Mountain Men actually depended on each other for safety, for well being, to work together to accomplish something,” he said. “Here in our valley, we have now quite a large, diverse group of people. And I think if we tell the story of what it took for people to even simply exist out here, maybe I want to have a little bit of an influence on how we actually interact with each other now.”

Reese said the event has evolved throughout the years as different groups organized the rendezvous, which is similar to its historical counterpart.

The original location of the rendezvous in 1825 and 1826 was somewhere in the line between Sardine Canyon and Blacksmith Fork Canyon, before moving to Bear Lake’s south shore, then ultimately farther east. Similarly, Cache County Mountain Man Rendezvous has been hosted by Utah State University, held in Logan and later Blacksmith Fork Canyon and in Newton before finding its home at AWHC five years ago.

New events such as the handcart pull, bison tours and train rides, along with pioneer cabin tours, add a pioneer-era flair to the rendezvous that can be experienced beyond the event, though the pandemic has pushed the laid-back wander-around tours to a more structured, guided tour with a 50-person per household grouping.

For the two-day rendezvous, vendors (called “traders” on-site) are trickling back, with a few returnees and a couple newcomers for 2020. And while COVID-19 has created some headaches, organizers are hoping to expand throughout the year, such as hosting a moccasin-making workshop sometime in the future, as well as the return of summer camps for kids starting Wednesday.

A full list of events for the Mountain Man Rendezvous and Pioneer Day celebration through Saturday — as well as other AWHC offerings — is available at awhc.org.