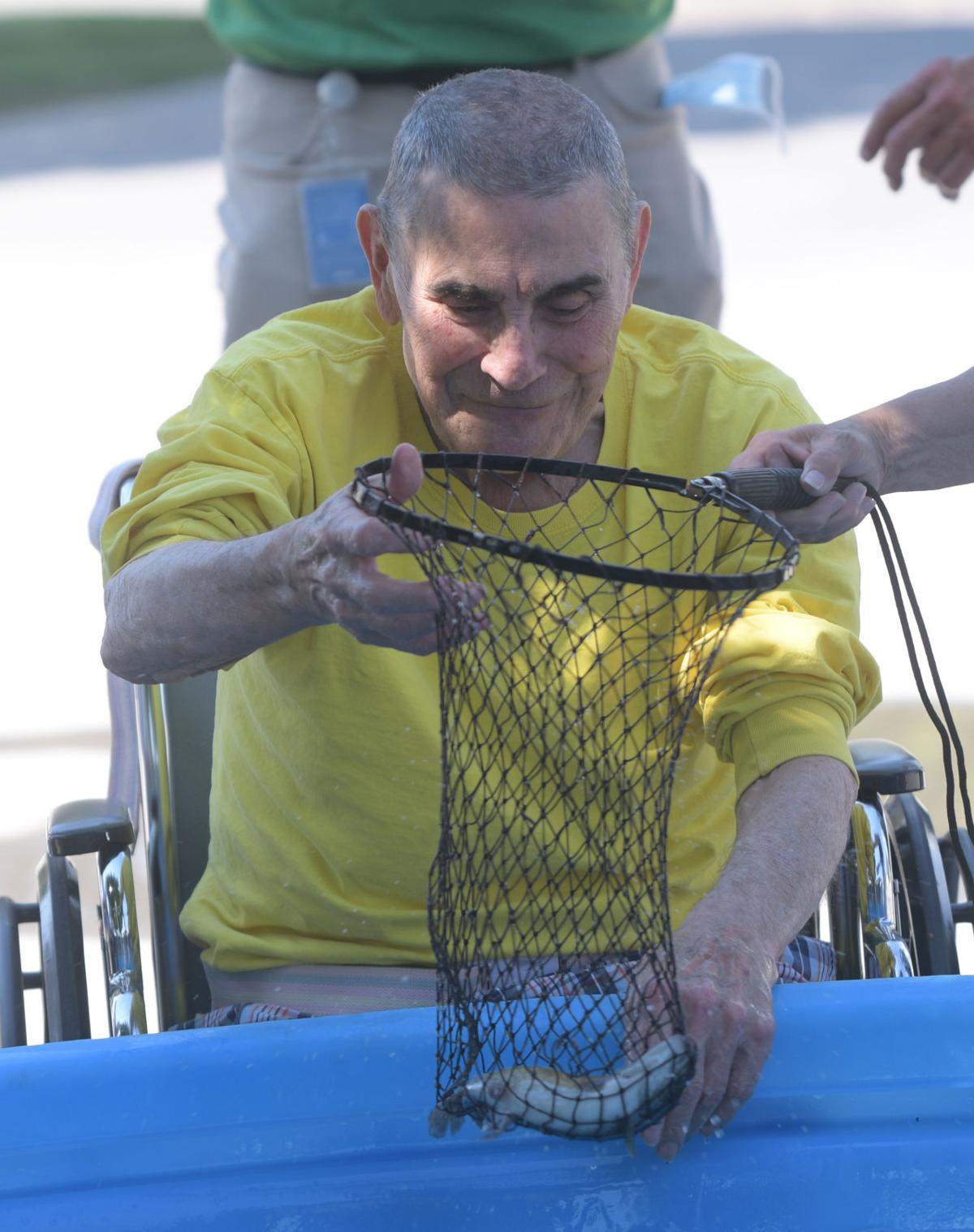 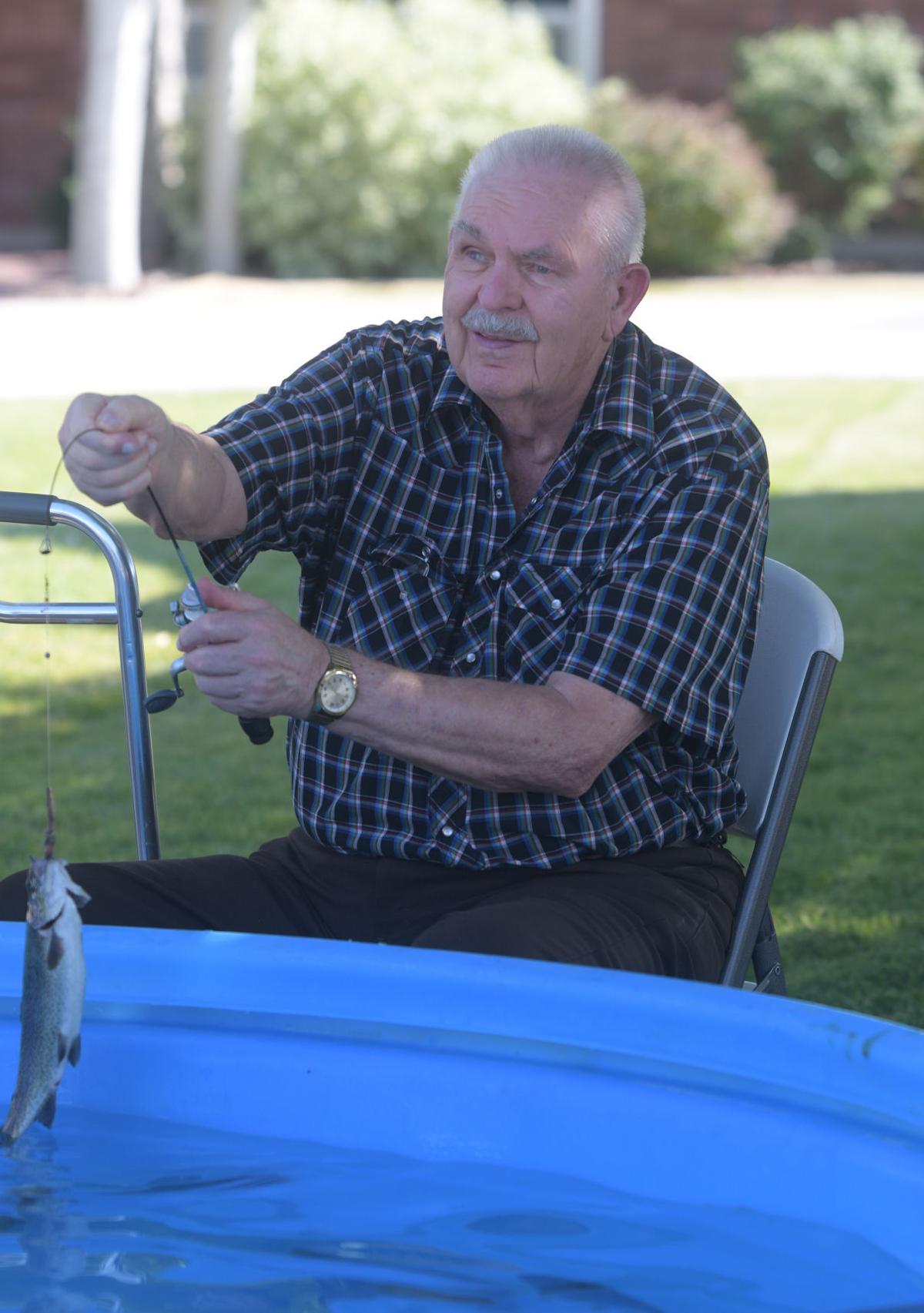 Roy Esplin pulls up his catch. 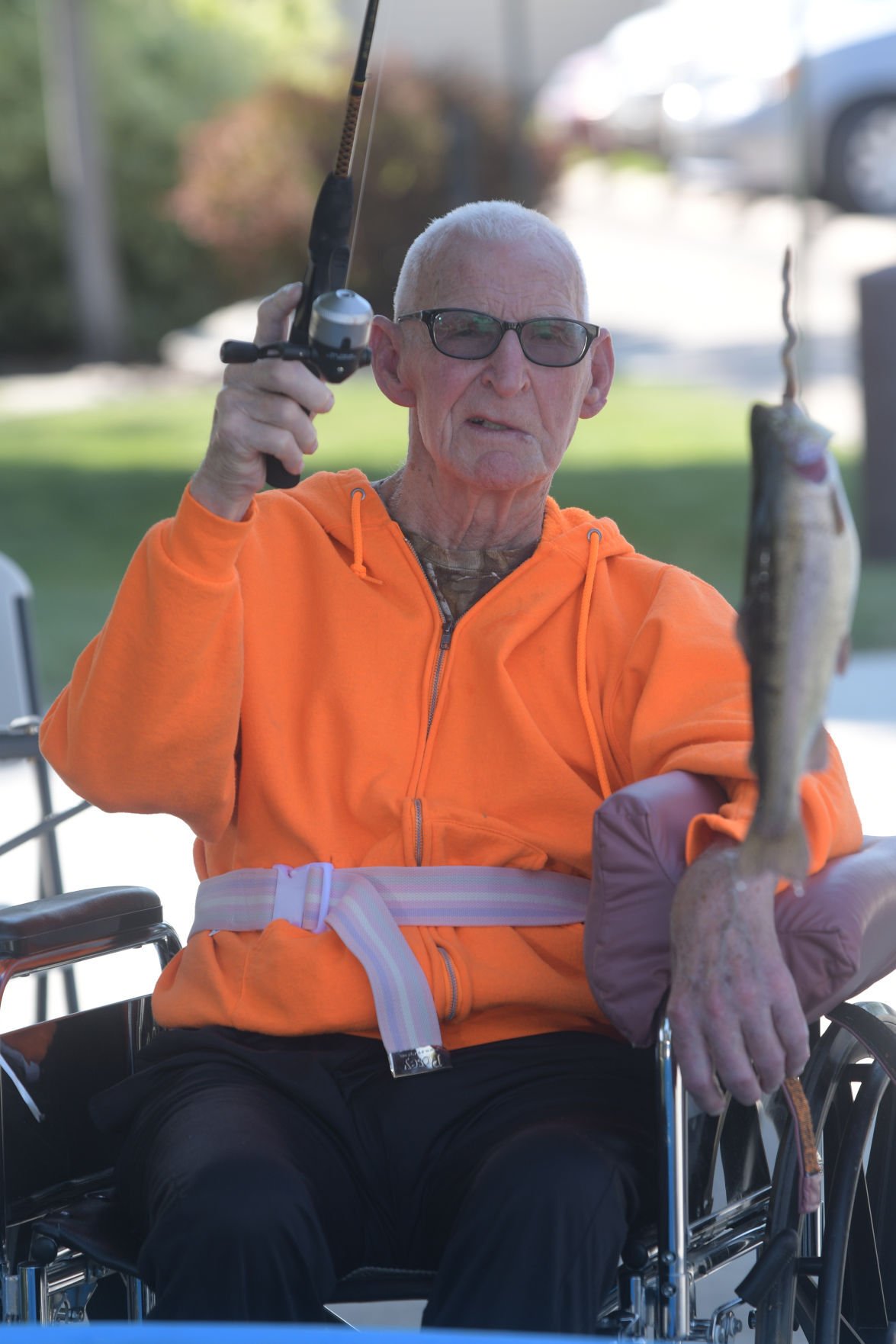 With a little help from her relative, Leo Robertson, 100-year-old Rowene Thomas tries for a fish.

By TERESA CHIPMAN
1 of 3

Roy Esplin pulls up his catch.

With the restrictions placed on visiting patients at the nursing home, their “health has never been better, but the mental deterioration has never been worse,” said one volunteer.

To combat it, the idea for the fishing day was pitched to IFA in Preston, the Franklin County Fire District, and Black Canyon Trout, who provided a tank, water and fish, respectively.

About 20 patients were invited to the activity, which was accompanied by servings of peach cobbler.

“It went really well. The residents enjoyed it,” said Muriel Garvis, director of nursing at the center. They enjoyed watching the fire department fill the tank and Brett Jensen put the fish in. He then passed out fishing poles and the residents spent about two hours fishing for them, she said.

Just being outside was fun for the residents.

“They didn’t want to give up,” Garvis continued. But after a while, oxygen in the tank was low and the fish were slowing down.

“We had a resident that was catching them with his hands. He was loving it,” said Garvis.

Finally the fish that weren’t caught were taken out, and hospital nutritionist Niki Benoit and another employee, Chancey Buttars, filleted the fish. The next day, they cooked them up for residents and employees who wanted them.

“We are still being really careful around here. All staff is wearing masks,” said Garvis, but “it was a nice thing to just get out of the building.”