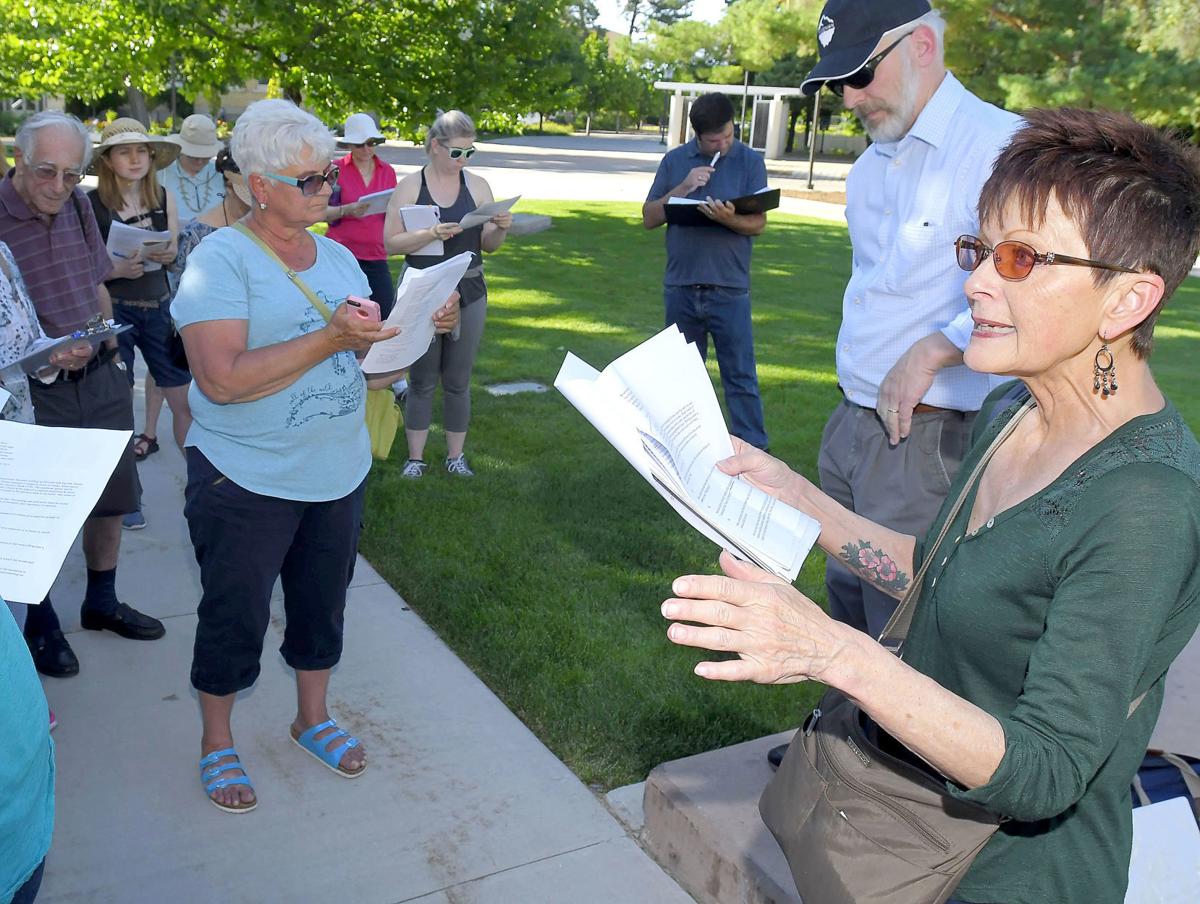 Star Coulbrooke, right, gives instructions about writing a poem during a poetry walkabout and rock tour on Thursday at USU. 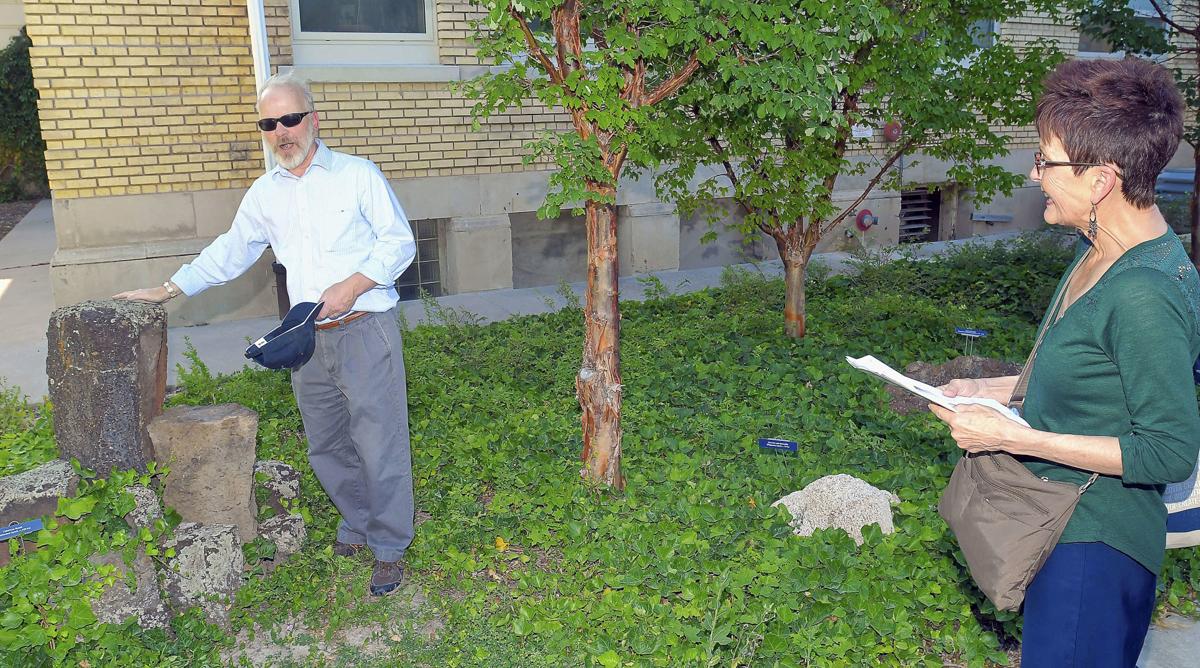 Star Coulbrooke listens as Jim Evans talks about a rock during a poetry walkabout and rock tour on Thursday at USU.

Star Coulbrooke, right, gives instructions about writing a poem during a poetry walkabout and rock tour on Thursday at USU.

Star Coulbrooke listens as Jim Evans talks about a rock during a poetry walkabout and rock tour on Thursday at USU.

Utah State University geologist Jim Evans outright admitted on Thursday night during a poetry walkabout on campus that he had never been part of an event like it.

“I’m about the least lyrical human being you can find on this planet,” Evans told participants. “So I’m very interested to find out how this is going to go.”

The event, a creation of USU Writing Center Director Star Coulbrooke, was her last as Logan’s inaugural poet laureate before she steps down on Aug. 20. The event was called Rock ‘n’ Walk.

WALKING WITH A STAR

Since 2015, when Coulbrooke’s appointment began, the walkabouts have inspired members of the USU community and the general public to write their own poetry.

Coulbrooke has hosted each walkabout at a different place in the city, having participants think and write around a different theme. When everyone is finished observing what’s around them in that location, Coulbrooke will give them a prompt from which to write. Then, they’ll have seven minutes to compose their poem. The event concludes with participants reading their poems.

“The words that they can write just blow me away,” Coulbrooke said in an interview with The Herald Journal. “You never know what’s going to happen. It’s usually pretty miraculous.”

On Thursday night, the poem topics ranged from an instructor’s email signature that says, “geology is the answer” to the rock formations one USU alumnus strongly associates with.

The latter, a poem called “Honeycombs,” was written by Isaac Timm, who was a former student of Coulbrooke’s. Timm, who attended Coulbrooke’s first walkabout, agreed that the event challenged him.

“I sometimes don’t write weeks before I come here so I can channel everyone’s energy and write something I’ve never wrote before,” he said.

Evans commented about his fellow geologists at the walkabout’s conclusion, saying, “Every time we look at a rock, there’s a story.”

He said there is a link between poetry and geology because geological processes “create the template of the earth that we experience.”

"No matter where we go, we see and interact with geology," Evans wrote in an email to the newspaper before the walkabout.

On Thursday, Evans showed walkabout participants a number of rocks around the Geology Building, including a bench made out of some and another lone rock that was thought to be 3 billion years old.

Coulbrooke believes there is a link between geology and poetry if people think about the characteristics of rocks, the texture; their size and even how “they can trip you up.”

“Rocks are the most astonishing foundation of the planet that we walk on,” Coulbrooke said. “How could you not write something about rocks once you’ve realized what they are?”

Several walkabout participants The Herald Journal spoke with after the event said Coulbrooke inspired them to write poetry and they would miss her contributions.

Shanan Ballam, a lecturer in the English department, will succeed Coulbrooke on Aug. 20.

“Star is a wonderful advocate for the arts,” Ballam said, noting her attendance at several walkabouts before. “She brings people together. We’re very close friends and I’m just so proud of everything she’s accomplished.”

“She’s awesome, she’s done a great job,” Nielsen said. “She’s very encouraging to us fledgling poets and people that are just getting our feet wet.”

Nielsen, of North Logan, writes poetry frequently and has been published twice. The walkabouts have been good for her, she said.

“I work good with a deadline, I guess,” Nielsen added, laughing. “When you’re pushed into it, it comes out.”

“It’s been such a wonderful time in my life that I feel a little sad to let it go,” Coulbrooke said. “But I’m thoroughly excited to be poet laureate emeritus, so I can still participate in poetry the rest of my life and I’ll get to go along instead of organizing.”