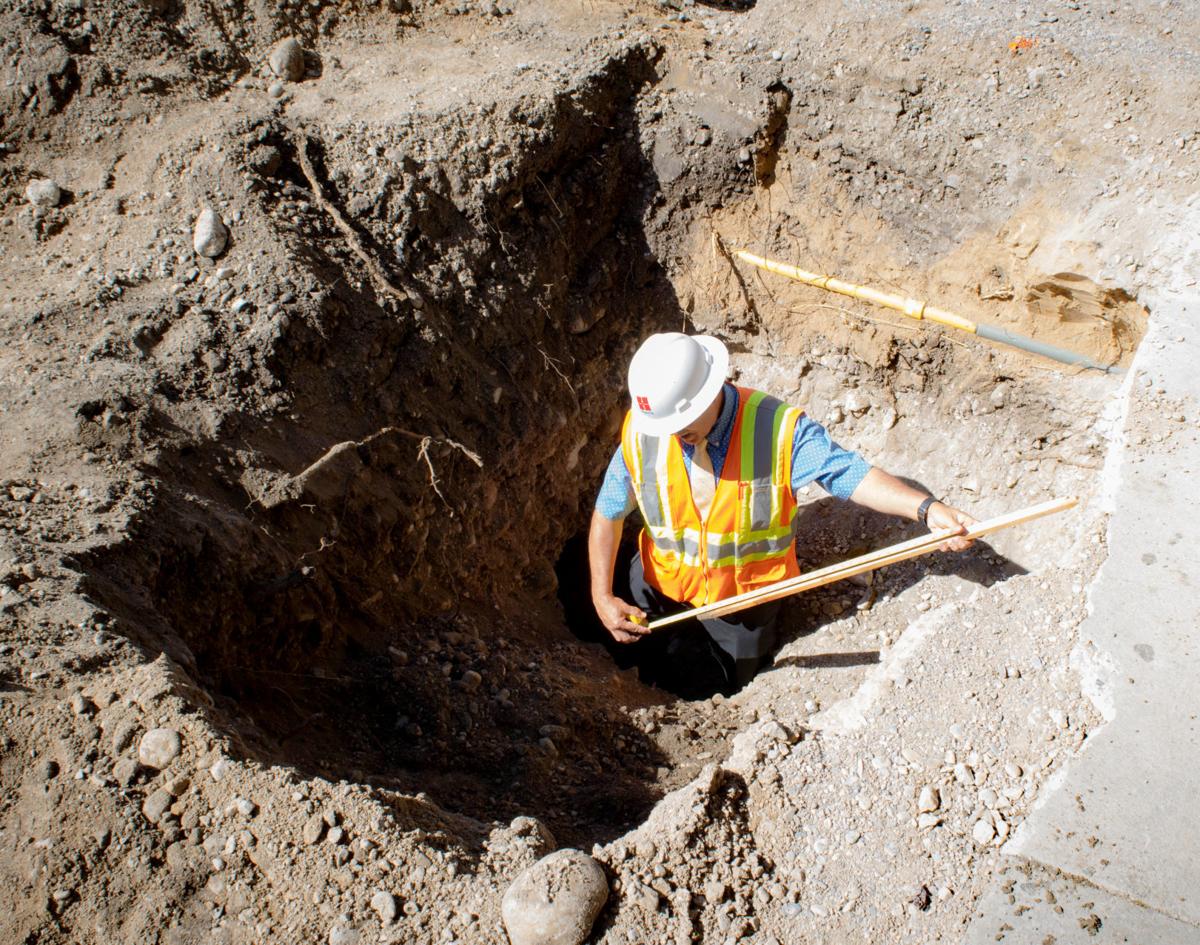 Assistant City Engineer Tom Dickinson stands in the remains of a small tunnel unearthed during the Center Street construction project on Thursday morning. 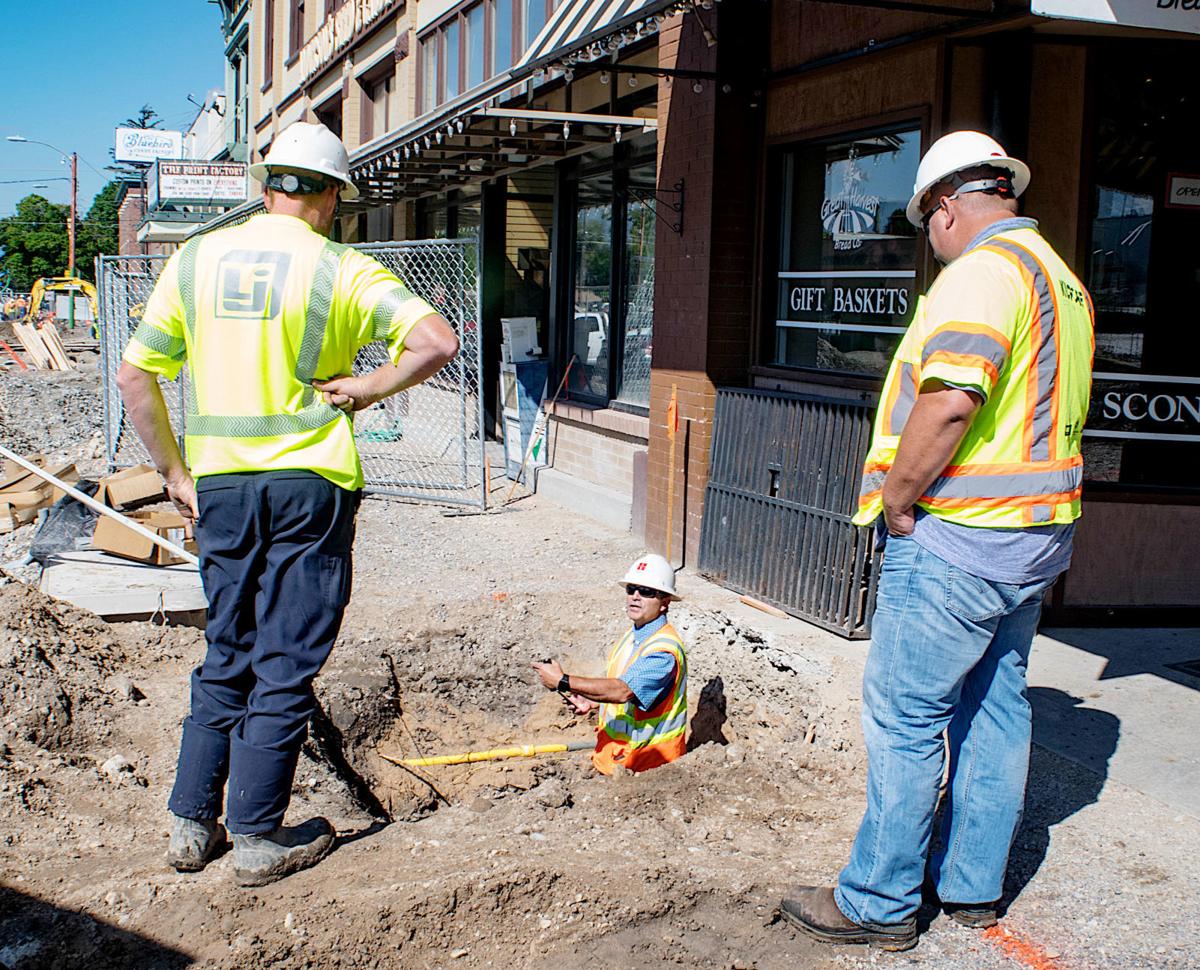 Assistant City Engineer Tom Dickinson stands in the remains of a small tunnel unearthed during the Center Street construction project on Thursday morning.

A section of tunnel about six feet long was discovered Thursday during the ongoing renovation of Center Street.

The tunnel extends from the building currently used by the Great Harvest Bread Company out toward the middle of Center Street. The tunnel was previously unknown to workers and officials.

Assistant City Engineer Tom Dickinson said the tunnel appears to be man-made but had either collapsed or been filled in at some point. While the tunnel was not tall enough to stand in, the opening is wide enough for a person to crawl or pull items through. Unsure about the tunnel’s utility, Dickinson said imagination is the limit regarding the tunnel’s usage.

“It would be very interesting if we could chase it, find where it goes,” Dickinson said, though it is not in LaGrand Johnson Construction’s contract and therefore unlikely.

Jace Buckley, a foreman at LaGrand Johnson Construction, found the tunnel during excavation in front of Great Harvest. Though he punched through the top of the tunnel with heavy equipment, he said he was impressed by the structural strength of the tunnel.

Though it was unclear what exactly would be done with the tunnel, Dickinson and Buckley expressed concern over leaving the tunnel as-is.

“If we know it’s there and we don’t address it, there is a chance that it could collapse in the future,” Dickinson said, “and then you have a sinkhole in a road.”

The renovation of Center Street began on Aug. 5. and has since uncovered various historic relics. Rails and spikes from Logan historic trolley system were unearthed in August, as well as a basement made of unfired brick that once housed The Herald Journal.

Local folklore includes rumors of tunnels under the Logan Temple and the Logan Tabernacle. Tales of polygamists digging escape tunnels to dodge federal law enforcement are also common. The building currently housing outdoor retailer The Sportsman had underground rooms that had reportedly been used by an early Logan hotel for prostitution. Underground tunnels often do exist but with more mundane, maintenance-related explanations.