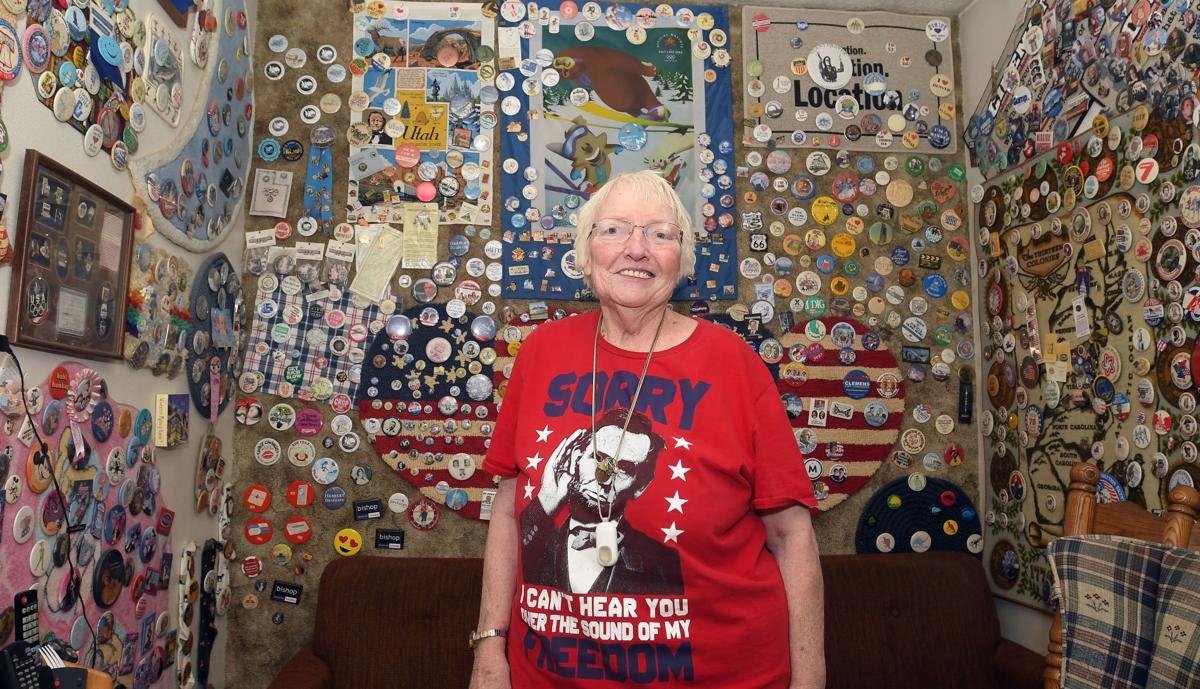 Karen Babcock poses for a portrait with her button collection at her home in Smithfield on Friday. 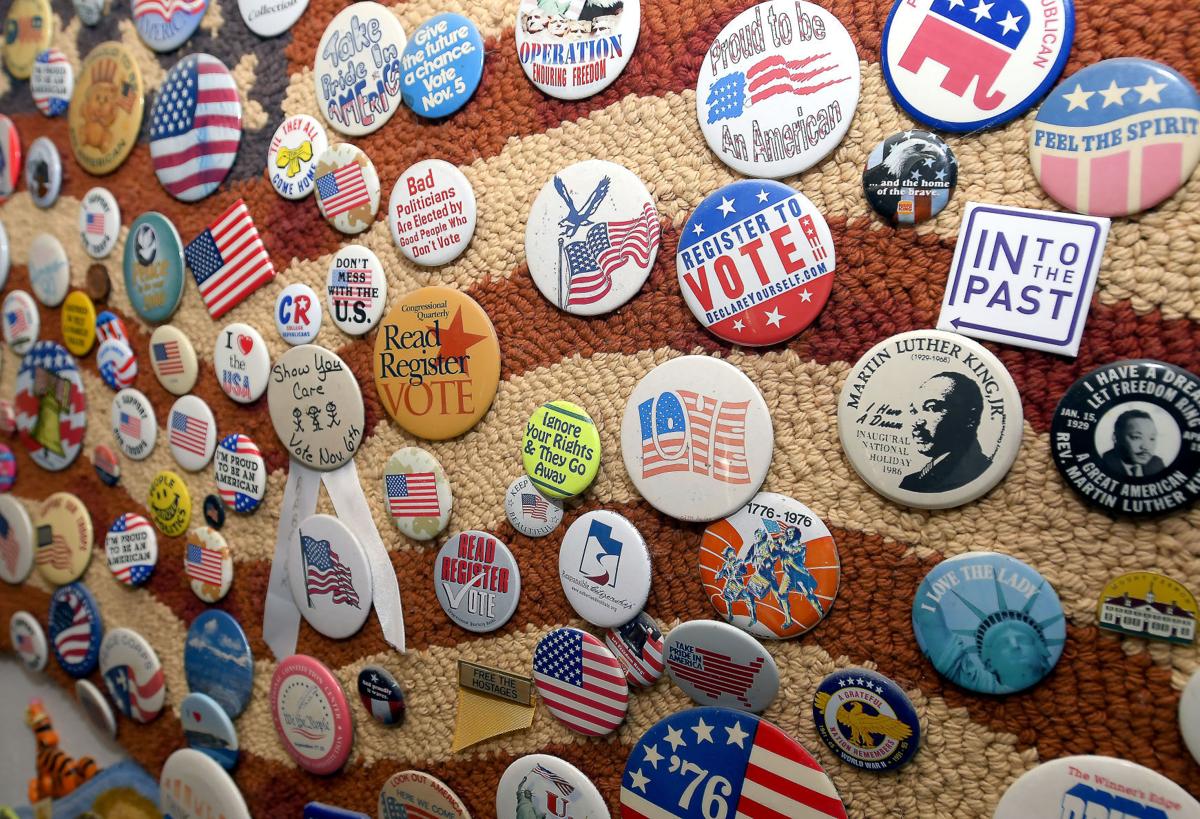 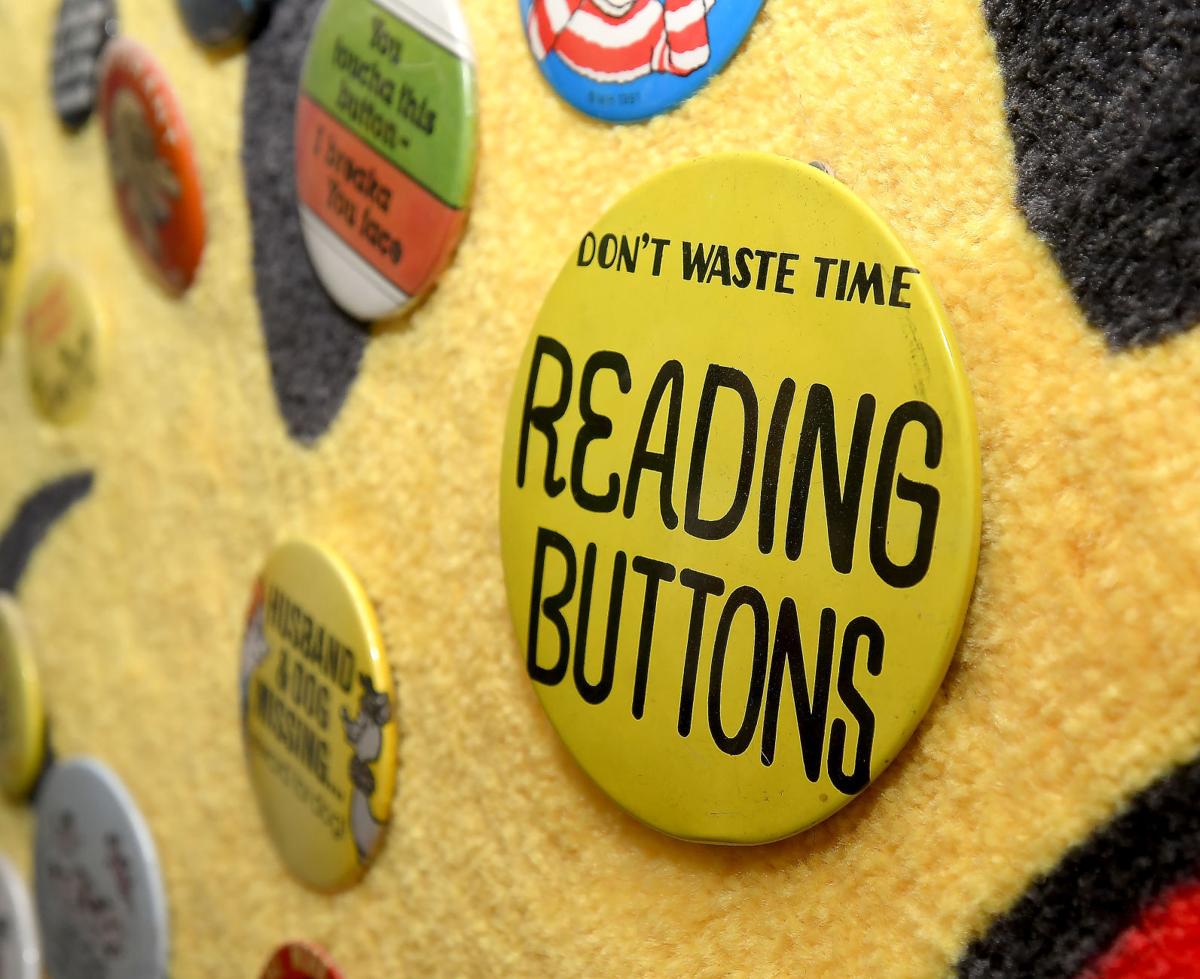 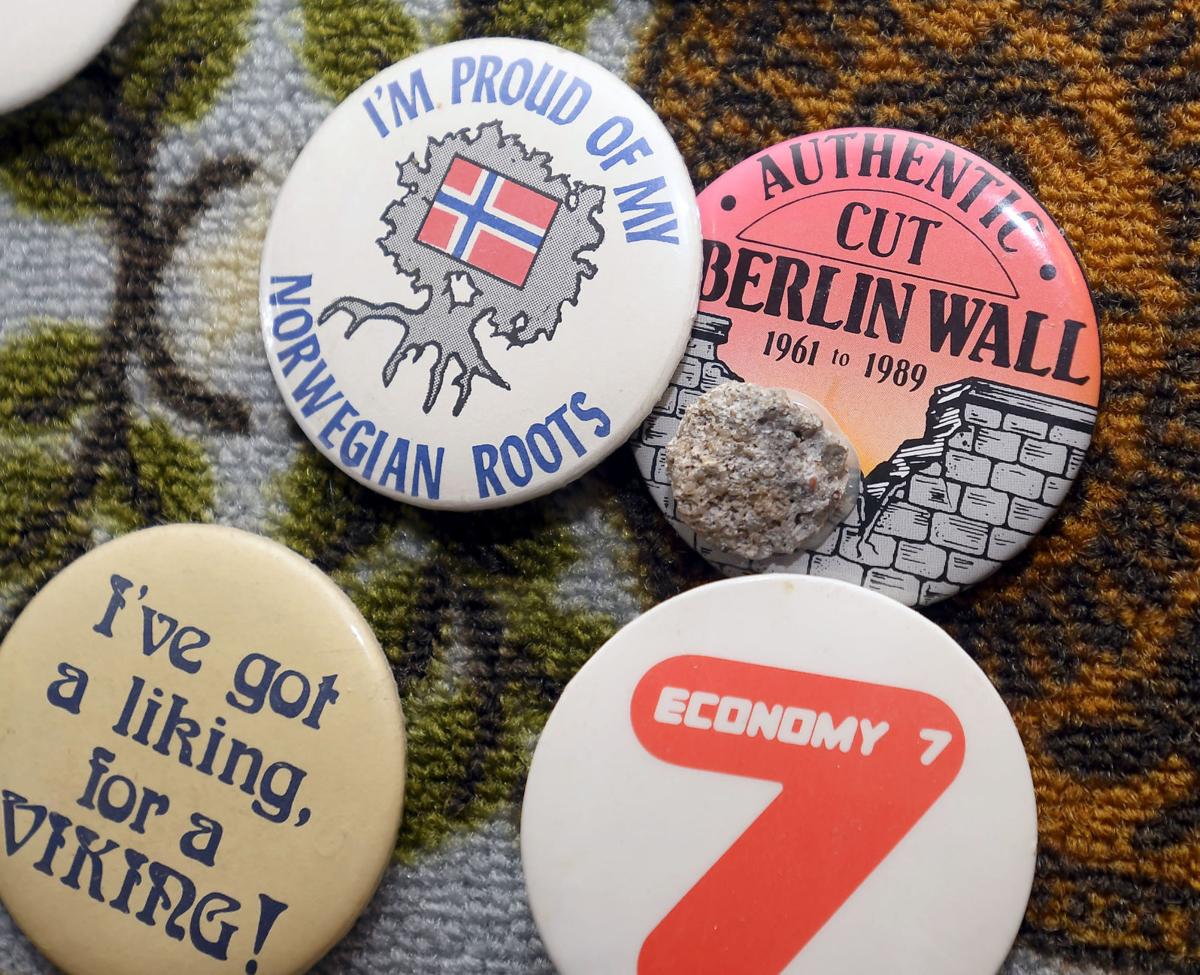 One of the buttons that Karen Babcock has collected has a piece of the Berlin Wall on it.

Karen Babcock poses for a portrait with her button collection at her home in Smithfield on Friday.

One of the buttons that Karen Babcock has collected has a piece of the Berlin Wall on it.

Warren and Karen Babcock’s Smithfield home includes what they call the “TV room” — but the focus is anything but a television.

Clinging from the room’s walls are rugs, which contain pinback buttons on just about every subject — places, cartoon characters, political campaigns, to name a few. Martin Luther King Jr., Winnie-the-Pooh and Yellowstone National Park only scratch the surface of subjects of the 3,000 buttons that are part of the Babcocks’ collection.

The Babcocks decided to share the story of their collection with The Herald Journal in light of the coming presidential election. The couple’s political-related buttons include a commemorative one from President Donald Trump’s 2017 inauguration and others from the failed presidential bids of diplomat Adlai Stevenson II.

For Karen, the buttons offer a rest from the oftentimes contentious campaign season that plays out on TV.

“I can come in here and get away from all the noise and fighting and bickering,” she said.

Karen says that what surprises people who visit the room is not the sheer number of buttons they see.

“It’s basically walking back to a room that’s full of sports, history, cartoon characters, people, places,” she said, before rattling off numerous examples.

They include ones from the short-lived 1968 campaign of George Romney, the former governor of Michigan and Utah Sen. Mitt Romney’s father. Karen — who was born in Idaho but grew up in Michigan and Ohio — said her parents were in a Latter-day Saint study group with the elder Romneys.

One of the Babcocks’ buttons has “a very small chip” of the Berlin Wall from when it came down in 1989 at the end of the Cold War.

Some other favorite buttons of Karen’s relate to things closer to Cache Valley, like the 2002 Winter Olympics in Salt Lake City. She said her daughter attended the games and came back with specially designed buttons for each day of the worldwide contest.

But Karen’s absolute favorite is a large one that reads: “Don’t Waste Time Reading Buttons.”

Missy Stuart, the athletic director for Green Canyon High School, is the Babcocks’ daughter. She grew up with the collection.

“Through the years, my siblings and I, we went places, and that’s what always got them,” Stuart said.

Asked how she feels about the collection her parents have amassed, Stuart said the buttons are things she takes for granted.

“It’s pretty amazing how many they have,” she said.

Karen and her husband, Warren, married decades ago with a few buttons between them. Karen used to make a few herself, in fact.

But as time went on, collecting buttons was the name of the game. Warren, a university informational specialist, would find buttons as he traveled the country on business. The button collection has “continued to mushroom,” he said.

It’s not just the Babcocks contributing; it’s other people, too. Karen said she receives buttons from people who know they collect them. That’s how some buttons from the Utah Jazz, Yale, Ohio State and Duke wound up in the collection.

As Karen’s husband for more than 50 years, Warren is willing to give all the credit for the collection to his dear wife.

“I just supported it because that’s an interest she’s had, no question,” he said.

Stuart noted how buttons have “come and gone” as a must-have item.

“It’s harder to find buttons now,” she said. “They’re not as popular as they used to be, so now, when you find one, it’s pretty cool.”

Karen has thought about what it would be like to not have the button collection, saying, “my life would be very empty.”

The buttons have even provided a jumpstart to memories for the valley woman who is now in her 80s.

“I can see a person on one of the buttons and … then the name will come, and if the name comes, then a memory will come,” Karen said. “It’s a lifeline for me right now.”