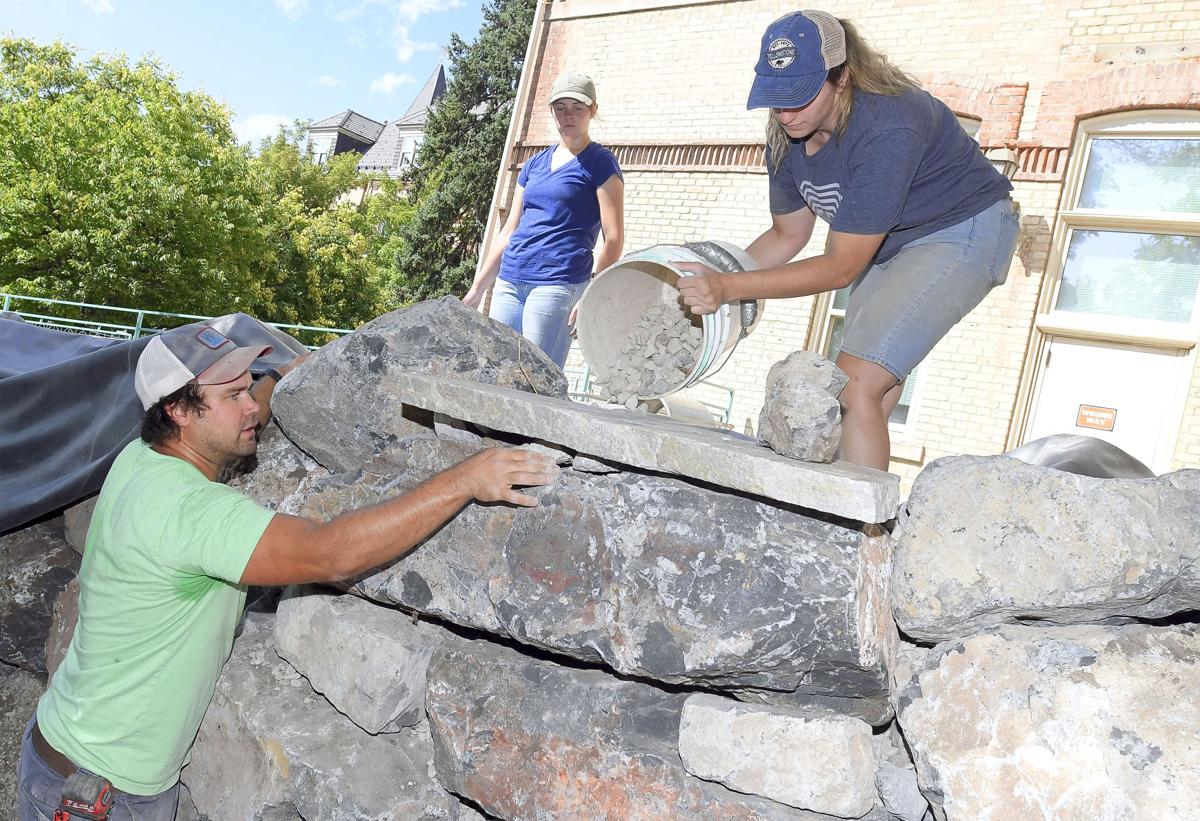 Nate Christiansen, left, Breeanna George and Sarah Thompson work to build a water feature at the east entrance to Old Main on Tuesday. 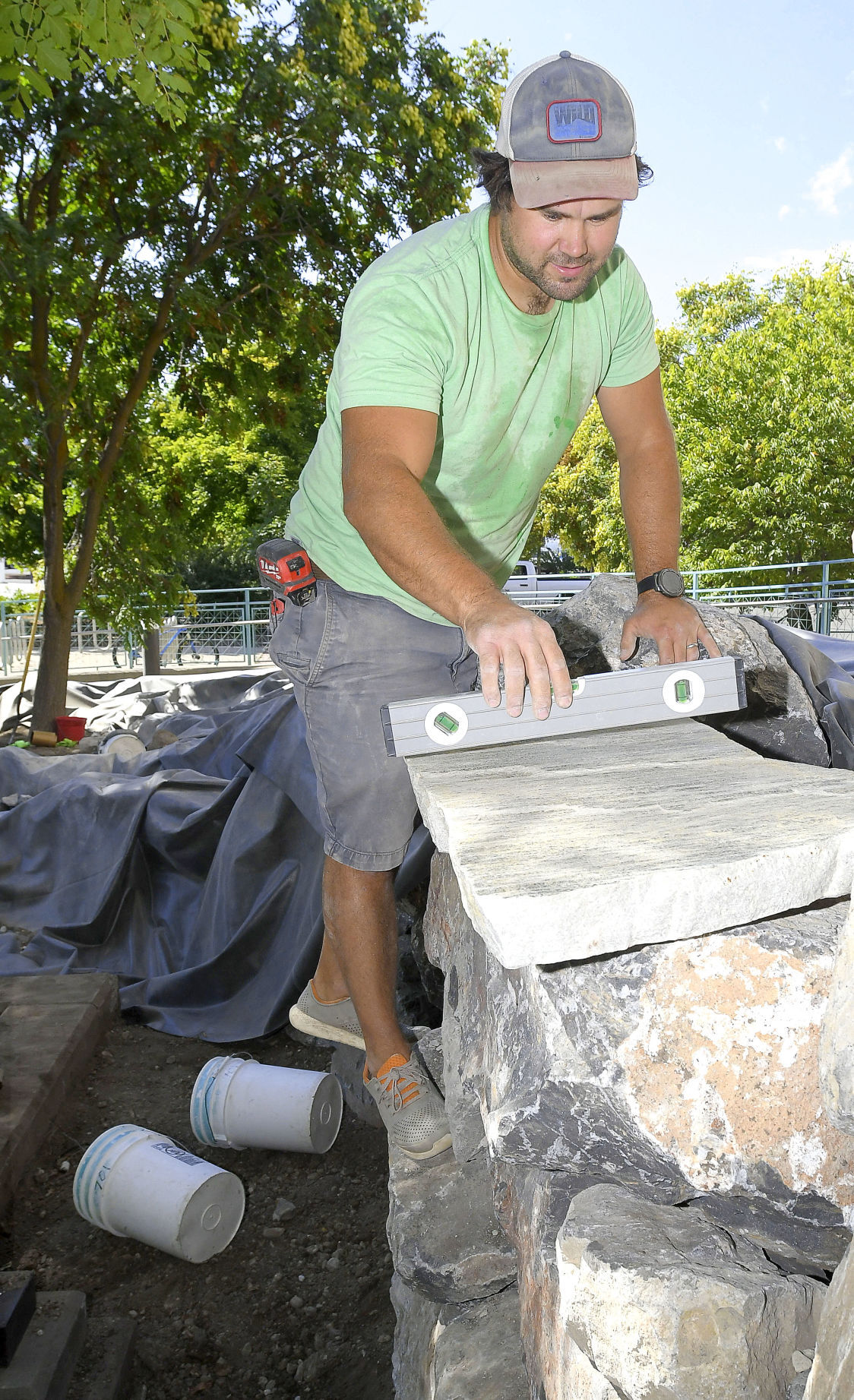 Nate Christiansen checks to see of a piece of rock is level as he works to build a water feature in front of Old Main on Tuesday.

Nate Christiansen, left, Breeanna George and Sarah Thompson work to build a water feature at the east entrance to Old Main on Tuesday.

Nate Christiansen checks to see of a piece of rock is level as he works to build a water feature in front of Old Main on Tuesday.

George Washington and Abraham Lincoln have some company at the east entrance to Old Main on the USU campus.

The well-known presidential bronze busts that greet students entering the university’s iconic administration building now serve as bookends to a rock and boulder garden featuring a series of miniature waterfalls.

The new landscape installation is as much about pleasant sounds as it is about visual beauty, according to Shane Richards, USU’s landscape operations and maintenance director.

“We want people to be able to sprawl out on The Quad and get that sound coming from those waterfalls,” Richards said. “It’s going to help people relax, help them study and help them enjoy that environment a little bit more. The sound is going to be just as beautiful as the appearance of the waterfalls.”

The installation is not quite complete, but with the exception of some plants and a few other details, it will essentially be ready for Monday’s opening day of the fall semester. At night, the landscape will be illuminated with both ambient lighting around the rocks and plants and underwater lights.

Facilities Maintenance Manager Rob Reeder said the project has been planned for some time, with money set aside over several years to cover the $15,000 to $20,000 cost. It was designed by USU facilities employee Nate Christensen, a recent landscape-architecture graduate.

“It’s a project we thought would be good to replace a garden that was there,” Reeder said. “The garden was kind of outdated and kind of weed infested, and we wanted to do something that would make an impact, that would be inviting to that area.”

The large stones were brought in from multiple sources around northern Utah.

“Some of the rock, it looks nice right now but looks even better when it’s wet,” Richards said. “It gets a dark blue or blackish tinge to it, and we kind of wanted that blue theme and got a couple of suppliers that could provide that rock to us.”

The USU campus is widely recognized for its creative landscaping and meticulously kept gardens and has been named the most beautiful college campus in Utah by both Time magazine and Travel and Leisure magazine.

“The goal is to make the gardens better each year. We change them slowly so not a lot of people notice, but over the course of about the last five years we’ve actually changed a total of two acres of turf into garden beds and flower beds,” Richards said. “We have some fun plants, some plants that might be a little more rare, some native plants of different varieties. We work in conjunction with different professors to put plants out that they want to experiment with or see out there, so it’s a lot of fun.”

The presidential busts at the east entrance of Old Main were done by renowned 20th century Utah sculptor Avard T. Fairbanks, the founding dean of the University of Utah College of Fine Arts. The Herald Journal this week was unable to pin down the date of their installation, but many similar pieces by Fairbanks were commissioned in the 1950s and ‘60s.