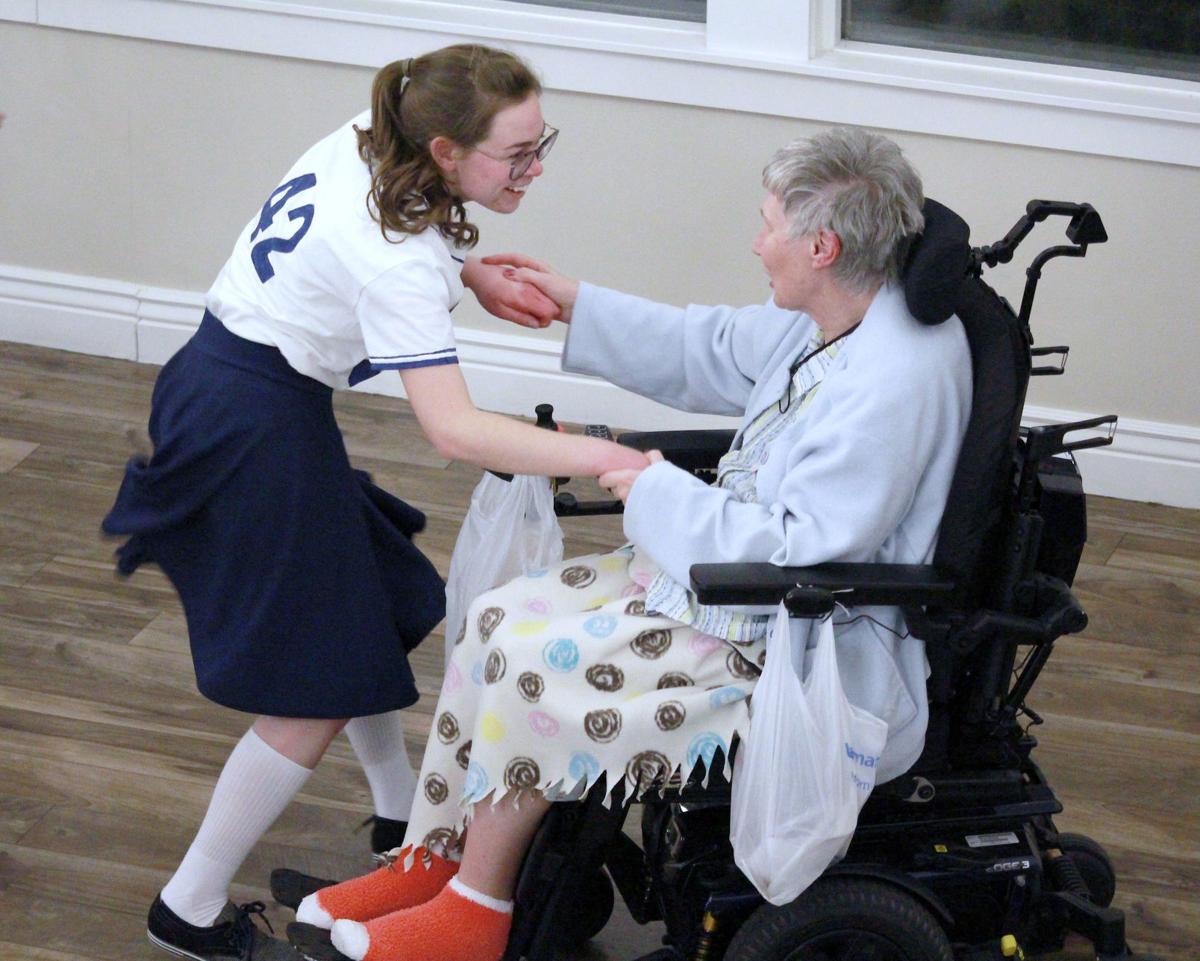 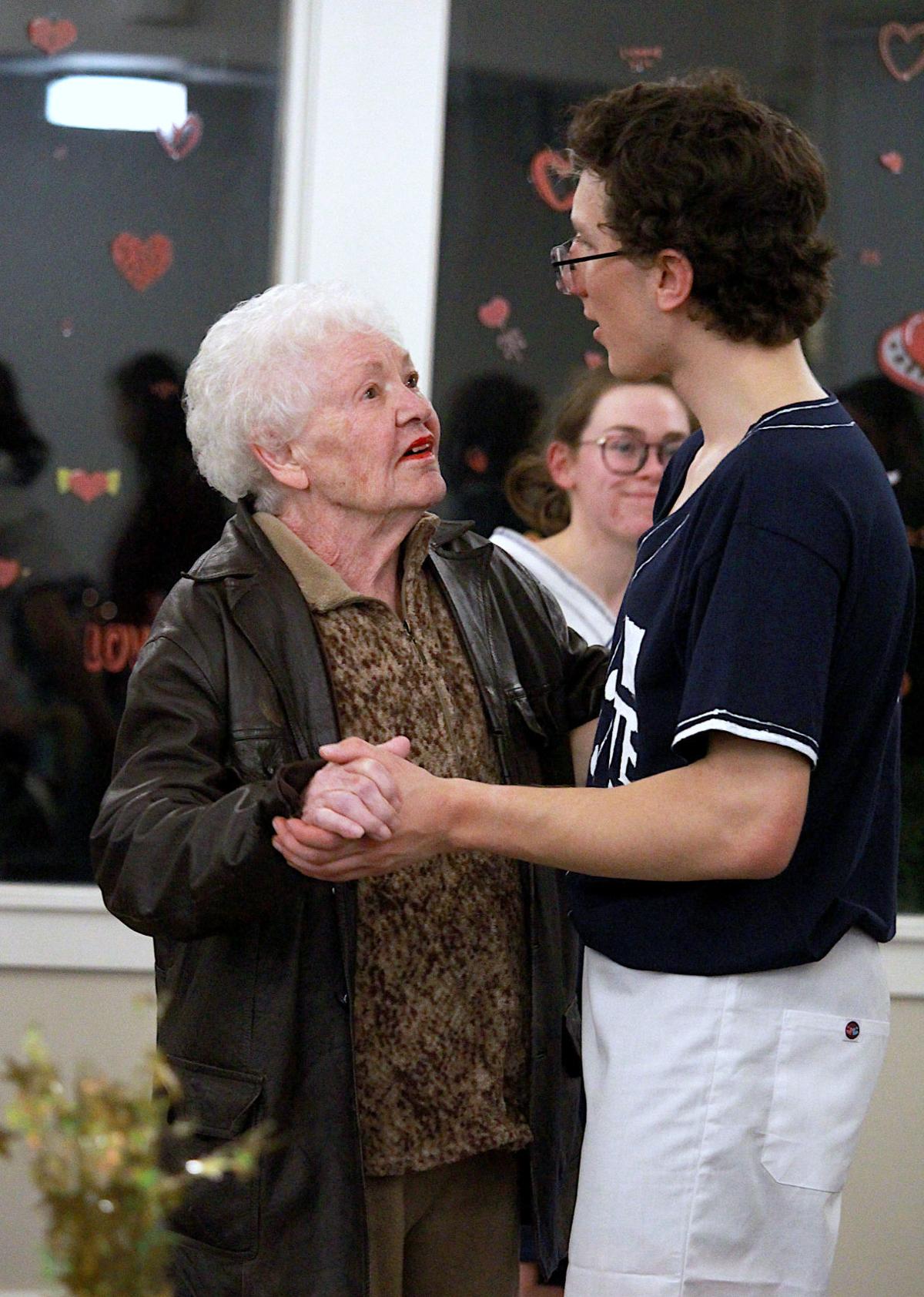 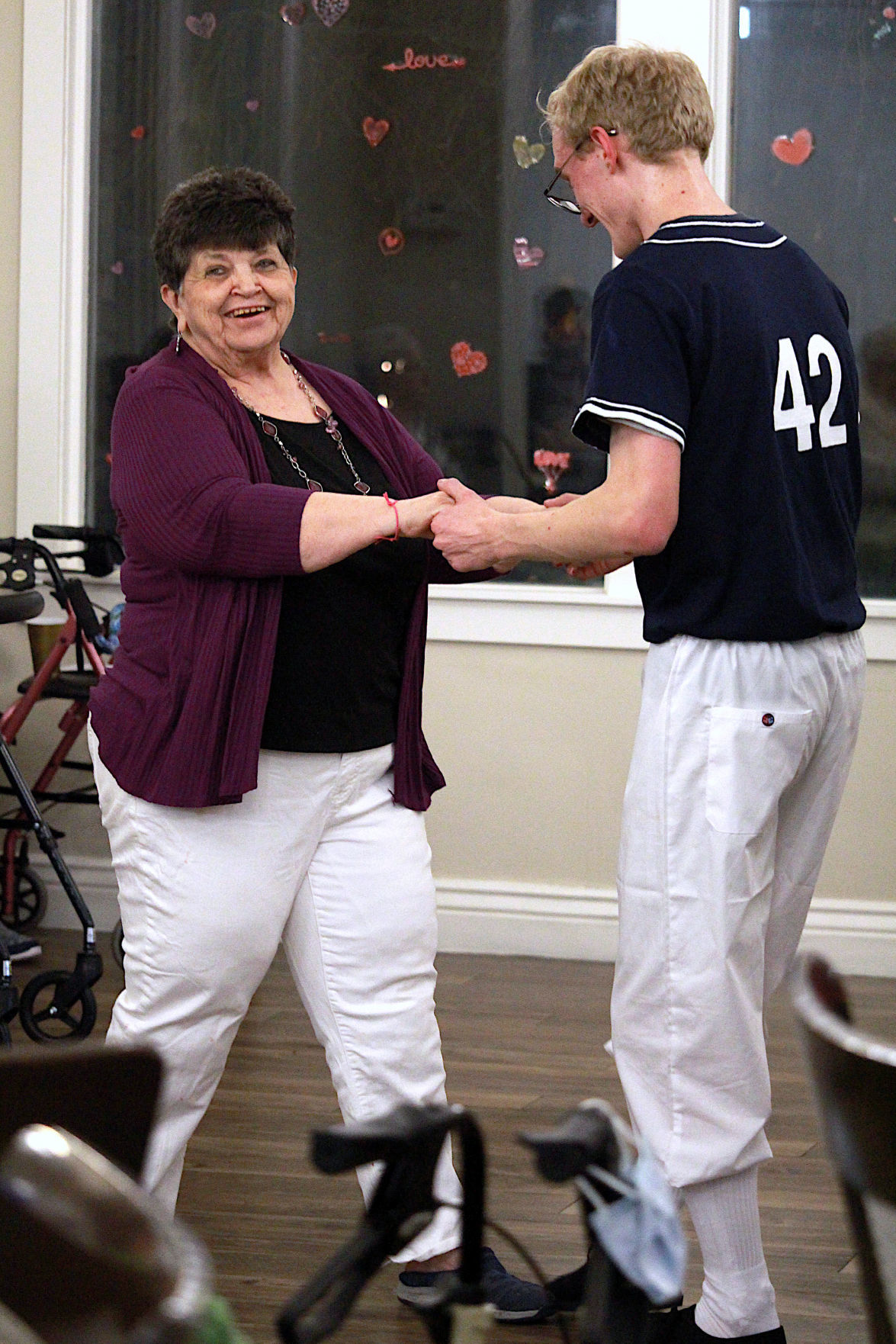 Lights, music and laughter traveled from the makeshift dance floor at Williamsburg Retirement and Assisted Living into the lobby, the residents’ rooms and even out into the parking lot on Friday evening during a community swing dancing event.

“You should have seen me dance when I was younger,” said Linda Geismann as she rested after dancing to two songs back-to-back. “You just have to move to the music and let it flow through you.”

Originally from Belize, Geismann said she dances in a style a little different from the swing dancing that was demonstrated on Friday, but she said she enjoyed learning new moves.

The event was prompted by several conversations that Tami Merrill, the retirement home’s activities director, had with residents about what they used to do on Friday nights.

“These guys are always talking about how they used to go dancing at the Elite Hall on the bouncy floors,” Merrill said, “and we wanted to try something new anyway, so I just started brainstorming.”

Merrill invited the USU Big Band Swing Club to join the evening of dancing. The evening alternated between an open dance floor and rehearsed dance numbers performed by the club members. Residents lined the room, and some even gathered in the loft to watch the dancing.

“We love doing stuff like this,” said Becca Rindlisbacher, one of the club’s dance coaches. “It is so neat to see everyone dancing and to hear their stories from when they would go out dancing in their younger years.”

The club has been around since 1998 and specializes in dances from the big band era, such as the Lindy Hop, Charleston, jitterbug, and Balboa.

Darlene Dilley, the daughter of one of the residents, brought her husband, sister and brother-in-law for an evening of dancing.

“The club is full of really good dancers,” Dilley said. “I think it makes everyone here feel really good at dancing, too.”

Dilley has been learning swing dance for the past 10 years and was excited to dance with her 90-year-old mother, twirling her in a wheelchair.

For others, the music didn’t bring back strictly swing dance moves or memories.

“I learned to dance back in high school while listening to Elvis Presley,” said KayeLene Draper, a resident who danced to almost every song. “I haven’t danced this much in a long, long, long time. I am going to sleep well tonight.”