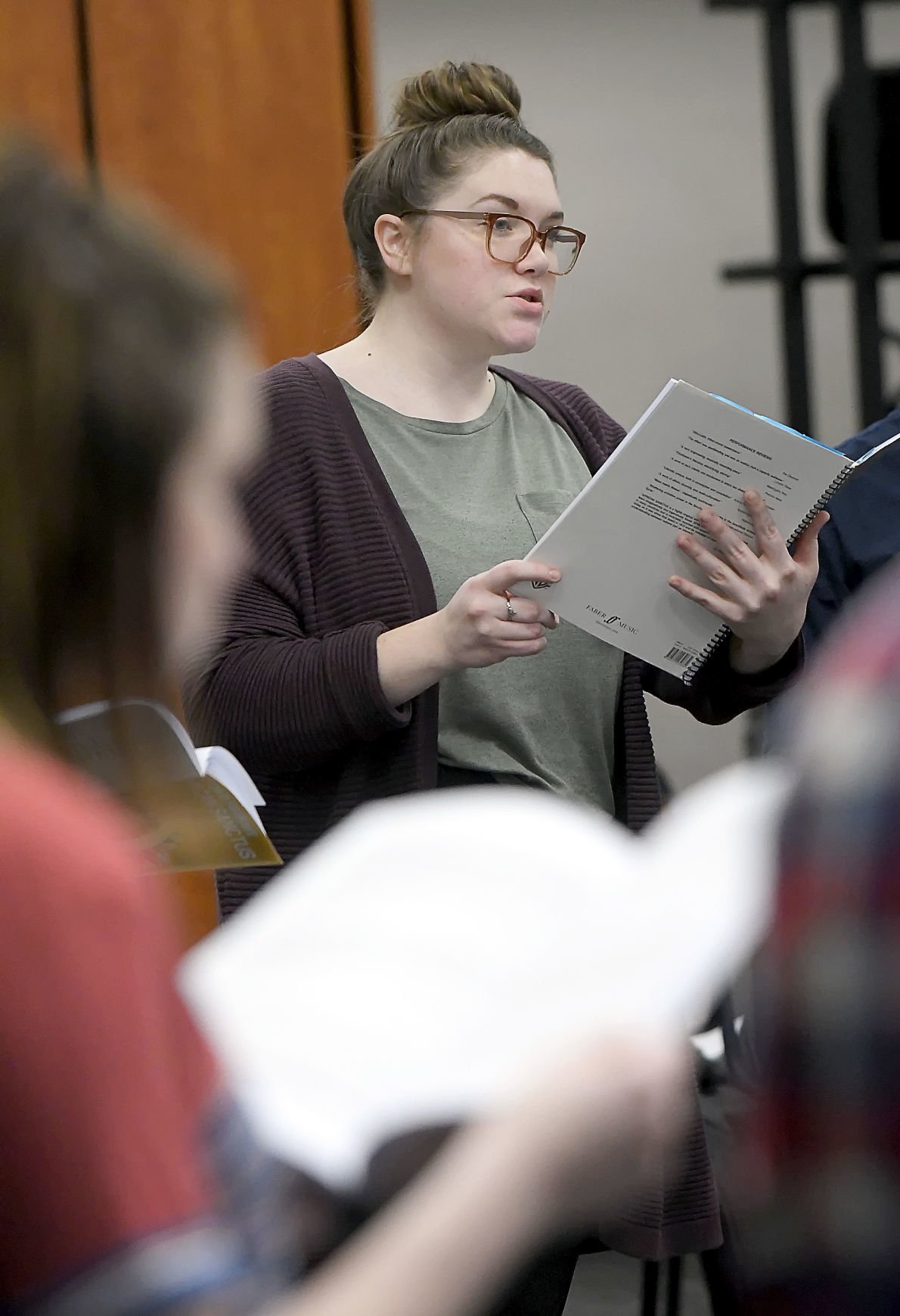 Hannah Jackson and other USU chamber singers rehearse their parts for the African Sanctus on Tuesday at USU. 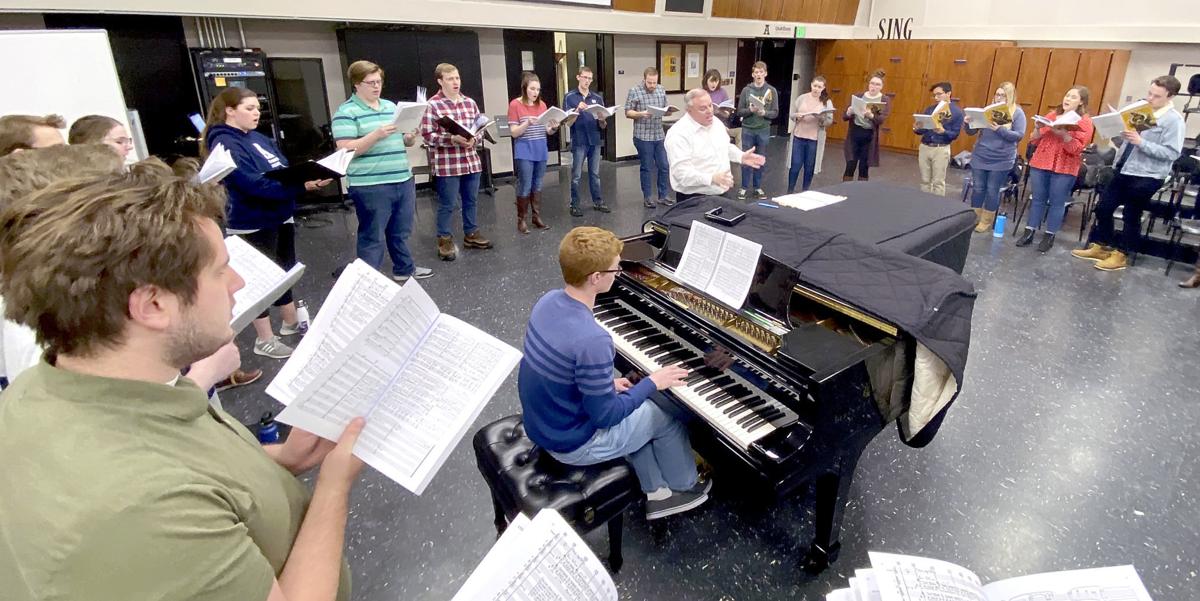 USU chamber singers rehearse their parts for the African Sanctus on Tuesday at USU.

Hannah Jackson and other USU chamber singers rehearse their parts for the African Sanctus on Tuesday at USU.

USU chamber singers rehearse their parts for the African Sanctus on Tuesday at USU.

A family of Christian refugees were fleeing their hometown in Africa in 1969 when they pulled out their instruments, an empty 2-liter bottle and a pocket-sized African thumb piano called a Kalimba. The daughter kept the beat by banging the bottle against the ground.

It was just a fleeting moment and nobody would have known about it if it hadn’t been recorded, paired with an original composition and performed thousands of times across the world.

Saturday evening, this moment, along with other recordings, will accompany the American Festival Chorus, USU Choirs and Percussion Ensembles as they perform African Sanctus at the Daines Concert Hall.

Cory Evans, the director of choral activities at USU, said he was first introduced to the composition when he was a student at the university many years ago.

“It just struck me as such a unique, cool piece and I never forgot it,” Evans said.

Evan will conduct the choir of over 200 people while keeping tempo to the recordings of authentic African music.

African Sanctus is a 1972 choral Mass composed by David Fanshawe. The Latin Mass is juxtaposed with live recordings of traditional African music, which the composer had recorded himself during a journey up the Nile and through Egypt, Kenya, the Sudan, and Uganda.

“It is not an easy piece to learn and has taken a lot of preparation,” Evans said. “The music is varied. There is a sublime Gregorian chant when the choir sings a single note all together and there are other sections when it sounds like Jimi Hendrix joined a choir.”

Evans has been working with the choral singers since October in order to prepare for this single performance. He said one of the challenges is that it is not a predictable piece and sometimes requires the singers to pull pitches out of thin air.

The first movement marches in as if it were a herd of elephants followed by a beat that ripples through the choir and re-emerges through 13 movements.

“We’ve worked really hard and we are excited for the adventure of performing this piece,” Evans said.

Fanshawe’s wife, Jane, traveled from England for the performance and shared her insight with the joint choir during one of the final rehearsals on Wednesday evening.

Ticket prices range from $15-$30 and can be purchased by following this link or https://www.usu.edu/calendar/?id=72955