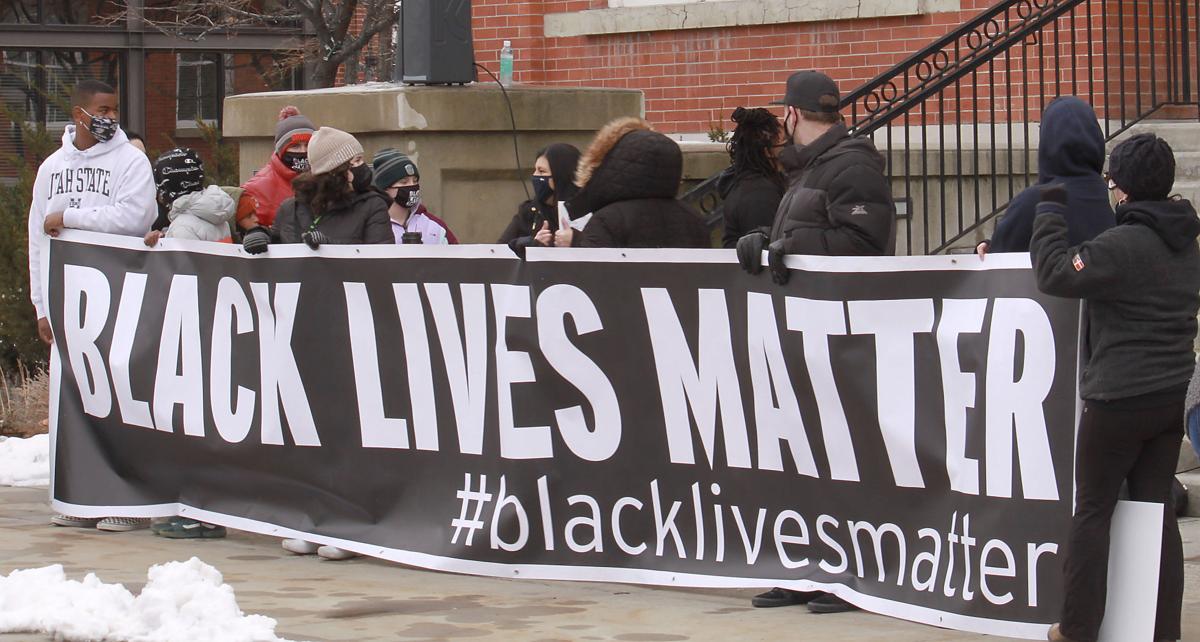 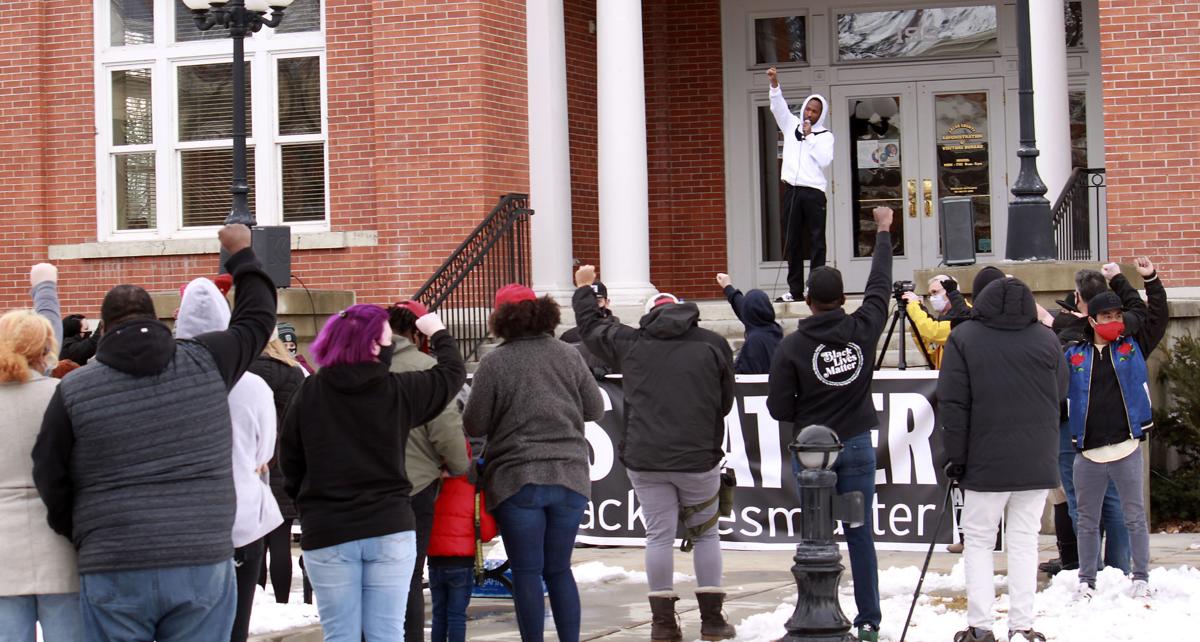 On Jan. 21, Reta Wallis returned home from work to find the Black Lives Matter sign in a planter against her house smoldering and an individual fleeing from the scene.

“It was just a really shocking thing, because I’ve heard of people’s signs being stolen or vandalized, but this was an intentional plan,” Wallis said. “To bring an accelerant to spray and to burn this sign, it just felt different.”

To address the lack of response to the hate crime, which — like other local instances of racism experienced in the community — the family felt was handled nonchalantly by local law enforcement, a protest against racism and vigil for those racism has killed was organized in Logan for last Saturday by the Logan and Utah chapters of Black Lives Matter.

Wallis was originally nervous to have her name and identity shared but also felt the need to speak out about the experience in case the racially motivated activity would continue to escalate if left unchecked.

“Having Black children, I fear for them,” she told The Herald Journal. “There’s real fear here. This isn’t just a sign for me. Are my kids’ lives in danger, or am I being targeted? Like I’m seeing things through their eyes, and it was just a very unsafe situation in which I would want some more reassurance from Logan PD.”

Wallis’s concerns were shared by those who attended the event on Saturday. One woman among the 150 outside the Historic Cache County Courthouse even held a sign which read: “LOGAN PD the pizza was cute, but we’re gonna need you to INVESTIGATE HATE CRIMES.”

Following the announcement of the protest, Wallis said Assistant Chief Jeff Simmons, with the Logan City Police Department, reached out to her about the incident even though he was not the officer who responded to her call.

“He was truly apologetic and asking what I wanted done, or what could change, and I just kept thinking, I appreciate that call, but I wonder if this wouldn’t have gone public, would I have received a call like that?” she said. “It’s not just talking to the individual about it. It’s the kind of standards that you set in the community, and I didn’t see them show up for this (event) as well.”

Though not planned to line up with Black History Month, the timing of the vigil for those lost because of hate crimes in the country’s history was not lost on Mario Mathis, who — like Wallis — has experienced multiple racially-motivated crimes in the past several years of living in Logan.

In one notable instance, a car full of four or five individuals pulled up next to Mathis — who organized the event with Lex Scott, founder of the Black Lives Matter Utah Chapter — while walking in front of his house, and a beer bottle was thrown at him.

“Once the cop got there, he tried to convince me that it could have been accidental,” Mathis said. “That’s not a response. … It’s a shame that it takes a George Floyd incident or something like that to get a response from people, for their eyes to be open. It’s more evident than that.”

Mathis added that a meeting has been arranged with Logan City Police Department to further discuss racially motivated crimes in the area in the upcoming week.

Even when not taking into account violent instances or cases of Black individuals being harassed in town, the community around Cache County has created a culture “plagued by inaction,” according to Tomoya Averett.

Averett is a first-generation college student and Truman Scholar at Utah State University. She arrived in Logan “impressionable” and “ready to change the world,” but said she has instead been forced to reclaim her identity as a Black woman while fighting racial slurs, stereotypes and microaggressions.

“The whole culture that I should be grateful to have an education, even if it’s one pervaded by bigotry, is the same culture that is embedded in the Logan community,” she said. “Gaslighting and minimizing the voices of marginalized people and trying to tell them that their voices don’t matter, trying to downplay their experiences, flying ‘all lives matter’ flags up and down public streets, making people of color feel like their lives have no value.”

Ironically, as Averett spoke of minimizing voices and ignoring accounts of racism, several individuals driving trucks attempted to drown out her voice by revving their engines and laying on their horns.

These signs of counter-protest continued throughout the event, as many of the vehicles made multiple trips around the block and rolled windows down to shout taunts of “go home” and “get a life” — such as from the truck featuring a decal of local business “Image Rock” on the passenger door — until cameras were turned to the streets.

“They don’t want to be documented,” said one photographer at the event.

Though some opponents of Black Lives Matter have called the movement a hate group, Utah organizer Lex Scott said it couldn’t be further from the truth.

“Black Lives Matter has always been about love,” she said. “We’re fighting for you to love our kids. … Racism is violence.”

And the fight comes with risks, as Wallis learned when her Black Lives Matter sign was burned, leaving a scar of melted plastic on the brick exterior of the home she shares with her three children.

“That’s some KKK s---,” Rae Duckworth said of the sign burning which sparked the event.

Duckworth, who became active with Black Lives Matter after her cousin, Bobby, was killed in a standoff with police in Wellington, Utah, in 2019, also spoke of the need to be aware of systemic racism and amplifying “BIPOC voices” (an acronym for Black, Indigenous, and People of Color) to the crowd of about 150 people in front of the Historic Cache County Courthouse on Saturday.

“No more turning a blind eye,” she said. “Speak up and be anti-racist.”