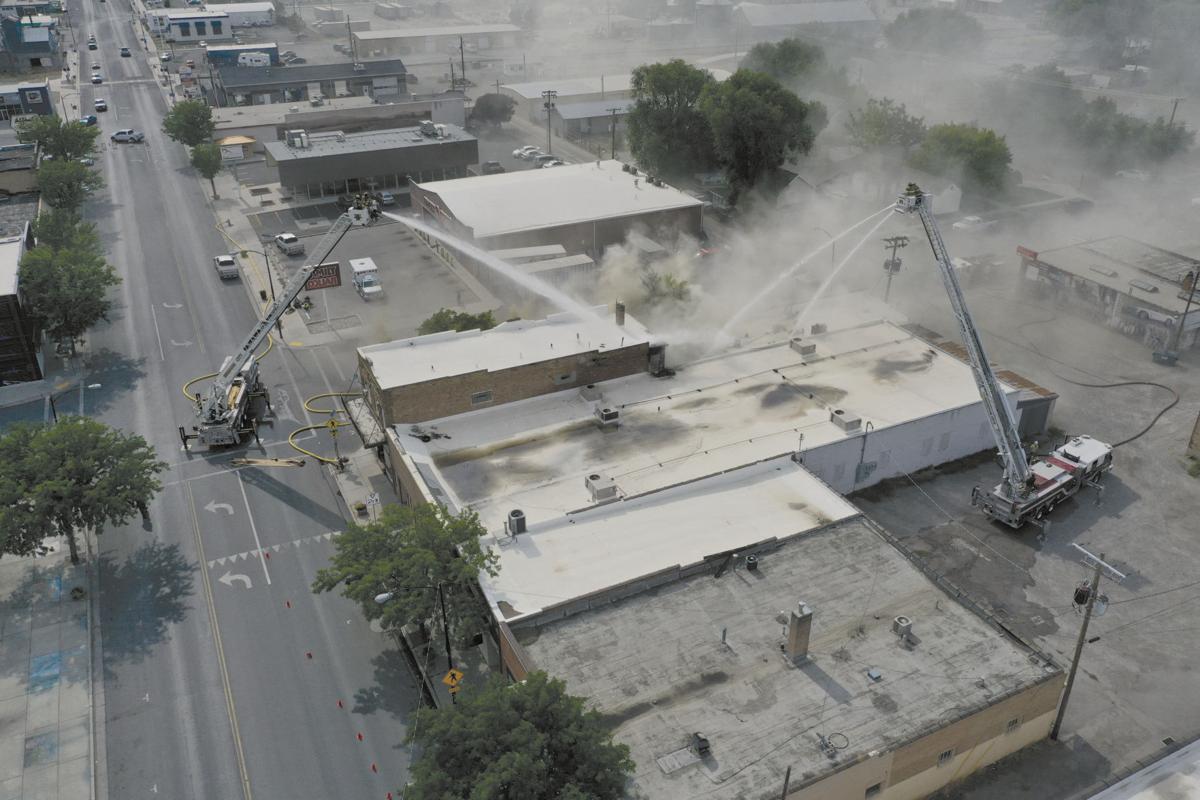 In this aerial photo provided by Orbital Optics, ladder trucks from the Tremonton and Brigham City fire departments battle a fire in the Daryl Building at 100 W. Main St. in Tremonton on Tuesday, July 13. 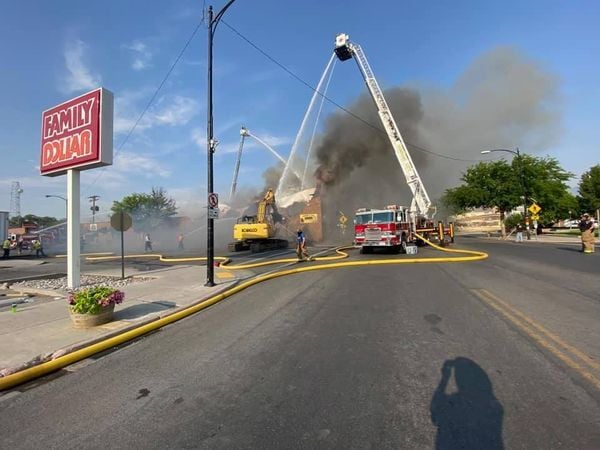 In this aerial photo provided by Orbital Optics, ladder trucks from the Tremonton and Brigham City fire departments battle a fire in the Daryl Building at 100 W. Main St. in Tremonton on Tuesday, July 13.

Investigators are still working to determine the cause of a fire last week in downtown Tremonton that resulted in the loss of a historic building where several businesses and residents were housed.

At about 3 p.m. on Tuesday, July 13, the Tremonton Fire Department responded to a report of a fire at the Daryl Building, located at 100 W. Main St. The first truck arrived within a few minutes, but firefighters soon discovered that the fire had already been burning inside for some time, weakening the aging structure and preventing crews from fighting it from the inside.

Tremonton Fire Chief Robert LaCroix said that by the time firefighters were on the scene, the fire was already well established in the building’s attic and flames were coming from the roof.

“We were quickly trying to get access to the attic, but it’s an old building with difficult access,” LaCroix said.

After clearing the apartments upstairs and the three salon businesses on the ground level to make sure no one was trapped inside, the fire had advanced to the point that LaCroix determined it wasn’t safe for anyone else to enter the structure. That’s when the call was made to fight it from the outside, meaning the building would have to be knocked down to minimize the threat to other structures nearby.

“Fire conditions changed dramatically while we were trying to work,” LaCroix said. “My first priority as the incident commander is firefighter safety and the safety of the people in that building. The next priority is to protect what you can save, and that was the rest of the block.”

He said the adjoining building and some other nearby properties sustained some smoke and water damage, but lauded the crews on the scene for keeping the most significant damage contained to the building in which the fire started.

“Obviously it’s hard for the residents and business owners, and I sympathize with them,” he said, “but anytime no one gets hurt and we can save a block, it was a successful effort in that regard.”

No injuries were reported among the occupants of the building, who LaCroix said were first alerted by a quick-thinking employee at the Family Dollar store across the street who rushed over to warn them.

One firefighter was admitted to Bear River Valley Hospital and treated for dehydration and heat exhaustion, but was released later in the day. Crews from the Garland and Brigham City fire departments assisted Tremonton Fire in handling the blaze.

LaCroix said no additional information regarding the cause of the fire was available as of press time. Per standard procedure, the investigation has been turned over to the Utah State Fire Marshal’s office.

“We don’t suspect arson or any kind of foul play,” LaCroix said, “but they’re pulling surveillance tapes from doorbell cameras and things like that just to make sure.”

The Daryl Building was built in 1930 by David and Hilda Holmgren, who named it after the six-year-old son they lost to polio while the building was under construction.

LaCroix said the building has been remodeled many times over the years, and it wasn’t clear what kind of void space existed between it and the adjoining building.

“With old buildings like that you never know what you’re going to find,” he said. “You always have to worry about void space where a fire could still be burning and not be detected for hours.”

Another problem is that the gas and water shutoff valves were located in the basement and could not be accessed once the building was brought down. A crew from Dominion Energy had to spend several hours digging next to the building so it could secure the gas line. The city’s public works department also had to dig down to secure a water line that had been leaking into the basement.

The fact that firefighters were working in triple-digit temperatures also complicated the effort, LaCroix said.

Crews had to use so much water fighting the blaze — 3,000 gallons per minute at one point and about 1 million gallons altogether, according to LaCroix — that it put a strain on the city’s already tight water supply, prompting Tremonton officials to make a public plea for residents to hold off on watering their lawns and make other water conservation efforts for a couple of days while the firefighting effort continued.

“We appreciate the communities support in helping not only those directly affected by the fire with loss of home and business, but also for your water conservation so that we will continue to have drinking water through the hottest months of the summer during this current drought,” a post on the city’s Facebook page read.