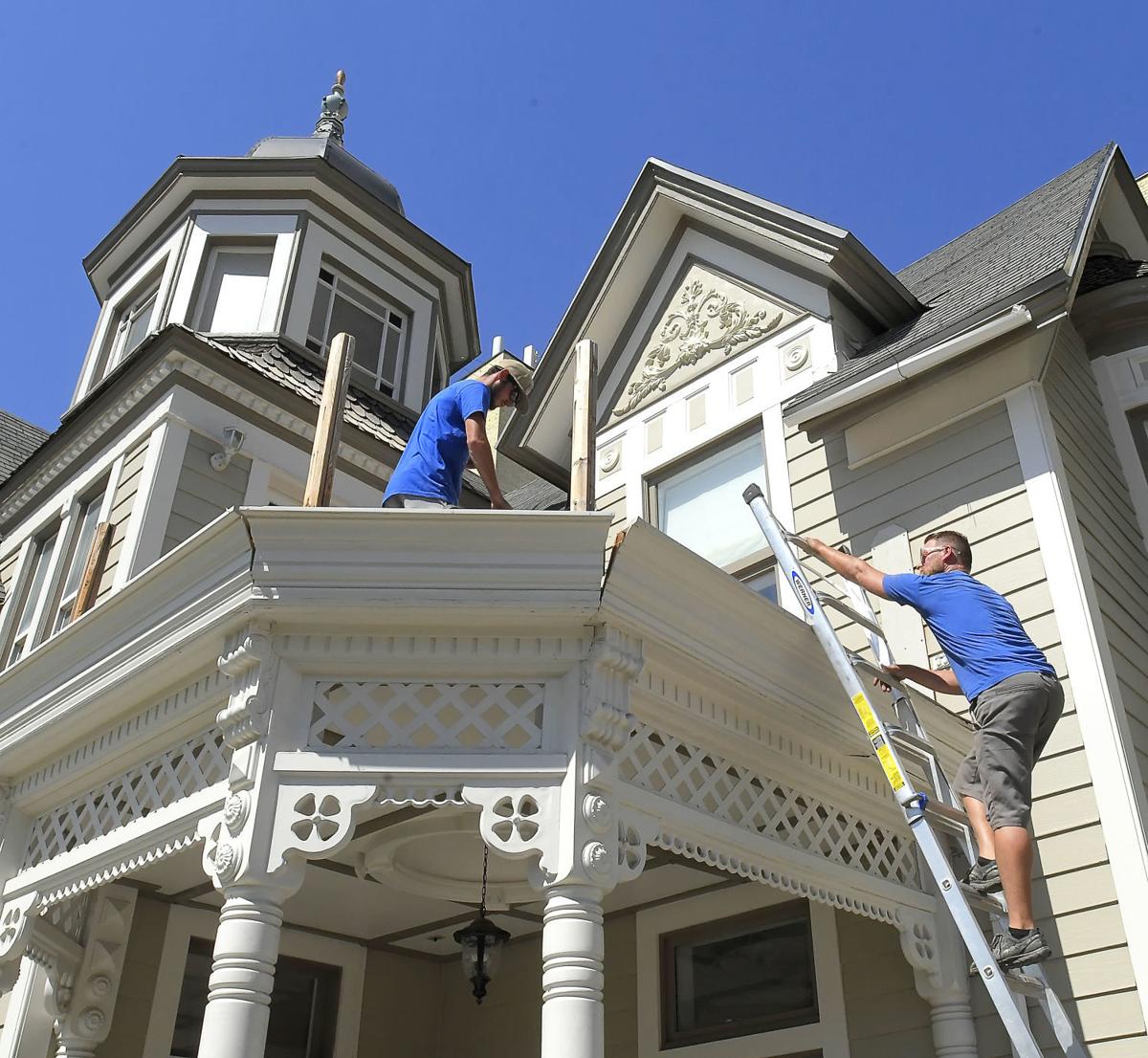 Austin Twitchell, left, and Kennon Jeppson, of Home Pro, work to build a railing at the Thatcher-Young Mansion on Wednesday. The Mansion is one of the buildings on the Historic Home Tour. 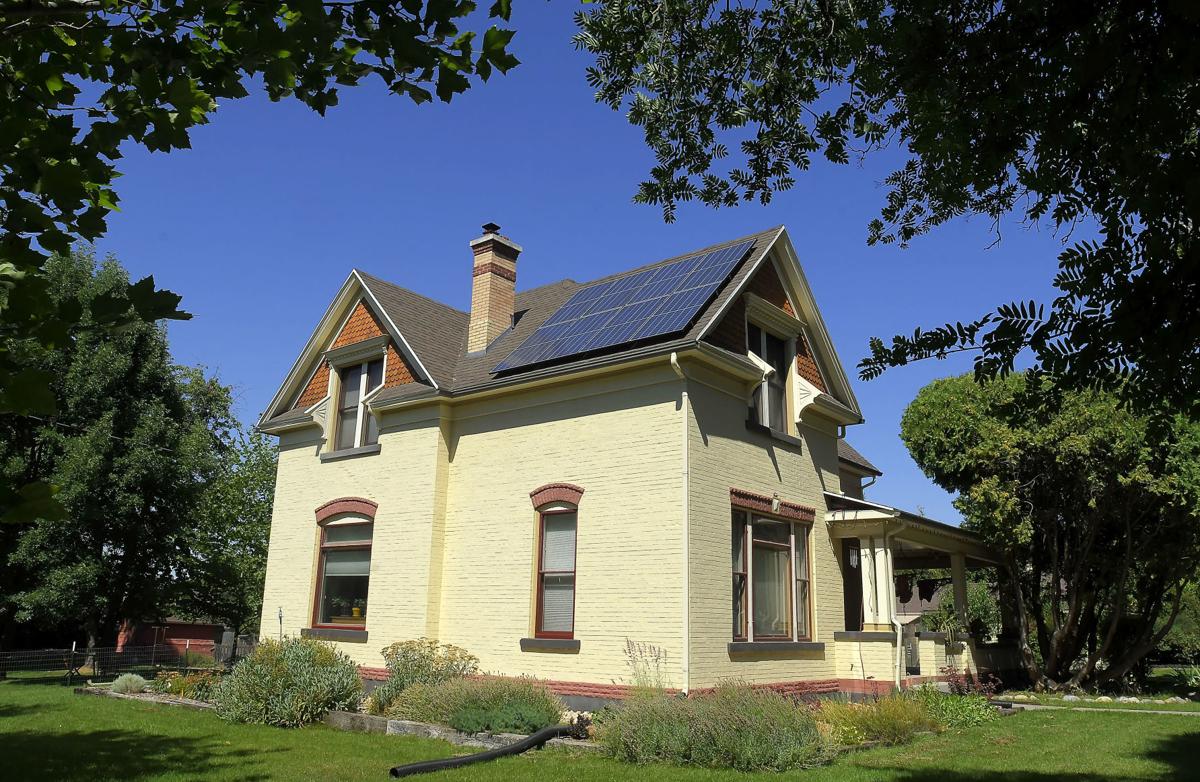 This home built around 1900 by James Hansen, now owned by the Mock family, is on the Historic Home Tour.

Austin Twitchell, left, and Kennon Jeppson, of Home Pro, work to build a railing at the Thatcher-Young Mansion on Wednesday. The Mansion is one of the buildings on the Historic Home Tour.

This home built around 1900 by James Hansen, now owned by the Mock family, is on the Historic Home Tour.

This year’s tour includes seven home locations as well as an additional tour of the Logan Freight Depot. Tickets for the tour cost $10 and will showcase homes in Logan and Providence.

Built in or before 1900, many of the homes feature similar Victorian-style attributes — towers, pillars and cupolas. Though one stop on this year’s tour deviates from the theme.

“I think one of the most exciting houses this year is the ‘Boat House’,” stated Courtney Cochley, coordinator of the home tour and president of the Cache Valley Historical Society, in a press release.

Located at 699 N. 600 East in Logan, the Boat House was designed and built by Cache Valley local Clarence Stucki. The initial part of the home was built in 1936 with subsequent additions affixed for the next 60 years.

Stucki made national headlines in 2001 when he was accused of illegally drawing nearly $83,000 worth of electricity from Logan Light and Power at a home other than the Boat House. The home’s proximity to campus — in tandem with its general quirk — has made it a popular housing option for Utah State University student renters over the years.

“There’s lots of secret rooms and secret cubbies throughout the house,” Cochley said in an interview. “Supposedly, Gerald Ford’s son lived there when he went to Utah State.”

Jack Ford did, indeed, attend USU in the 1970s, but there’s no further evidence on whether he lived at the Boat House.

Tourists will also be able to see the Thatcher-Young Mansion, located at 35 W. 100 South in Logan, where they will be greeted by deceptionist Richard Hatch. The mansion has housed the Hatch Academy of Magic and Music since 2011 — where students can attend violin performance and sleight-of-hand seminars.

“I am really excited to have the Thatcher-Young Mansion on this year’s tour,” Cochley stated in a press release. “The beautiful renovation and the way the space is being used today is a fantastic collaboration between Logan City, CacheARTS and the individual artists who occupy the studios.”

Tickets are available for purchase at the Cache Valley Visitors Bureau and Lee’s Marketplace in Logan and Smithfield. Patrons can also purchase tickets day-of at each of the homes on the tour.

For more information on the tour, call the Cache Valley Visitors Bureau at (435)755-1890 or visit explorelogan.com.