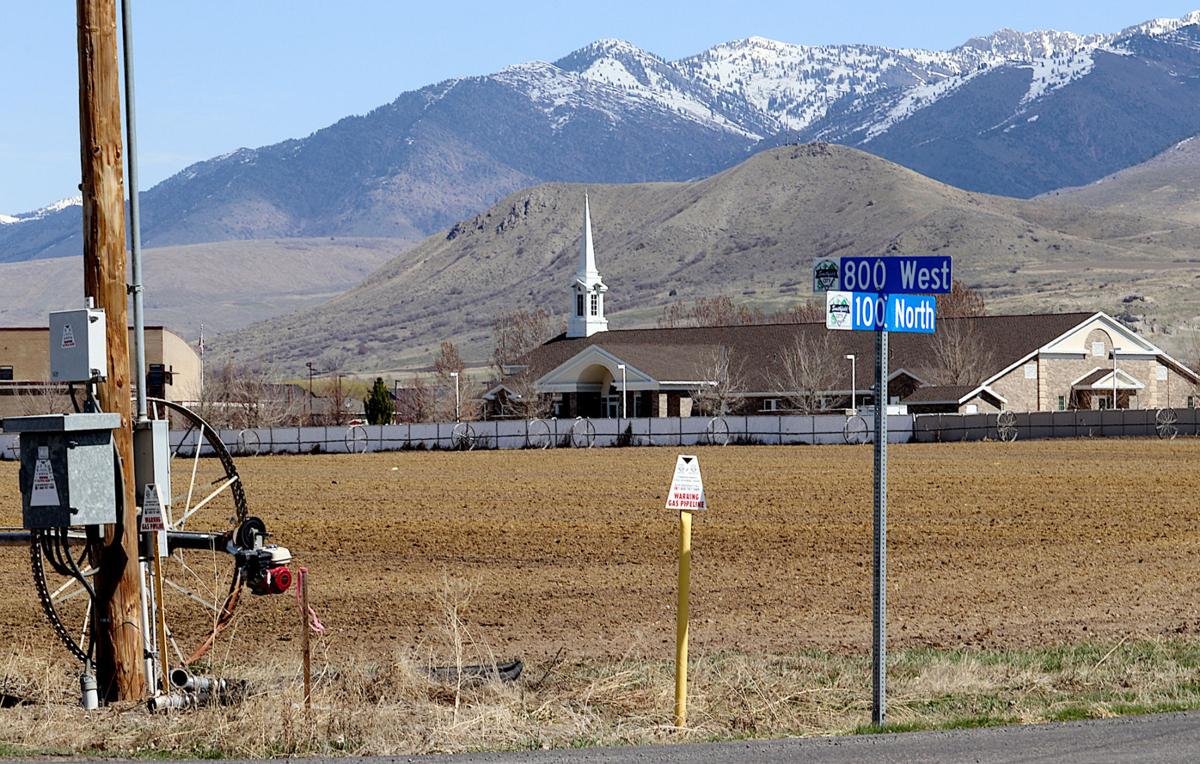 The new Smithfield Temple will be built on this church-owned lot at 800 West and 100 North. 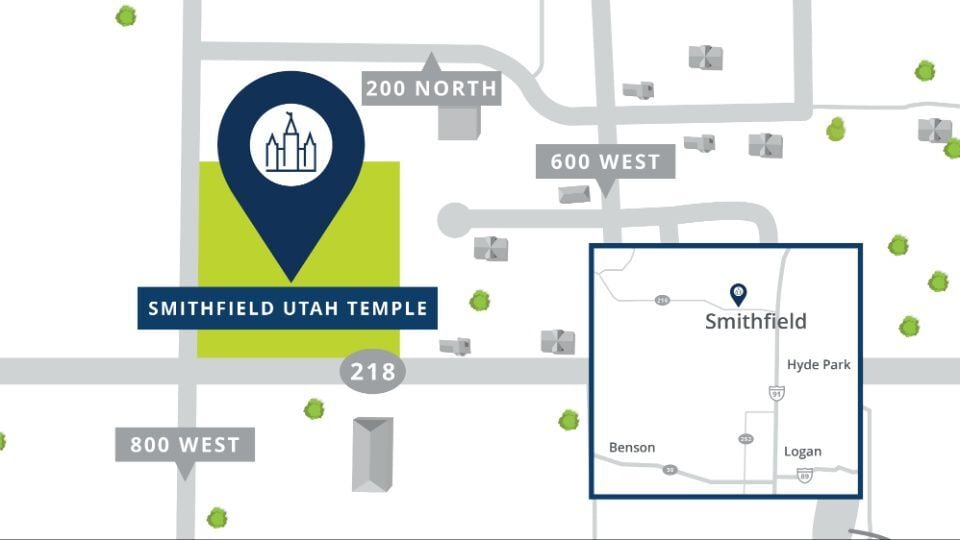 The new Smithfield Temple will be built on this church-owned lot at 800 West and 100 North.

The Church of Jesus Christ of Latter-day Saints has released the specific location of a new, relatively large temple planned for Smithfield.

According to a Thursday announcement on the church’s website, the Smithfield temple will be constructed on a 13.3-acre site at the intersection of 800 West and 100 North, near Birch Creek Elementary. The church purchased the property last summer and is currently leasing it out for agricultural use while the planning, still in early stages, proceeds.

Like many people, Smithfield resident Kristine Atwood said she was surprised by the announcement of a temple so close to the historic pioneer temple in Logan, but then she was pleased to learn it’s going to be built a few blocks away from her home.

“I could probably even walk there from my house,” Atwood said. “Never lived that close to a temple. So I think it’s pretty awesome that it’s going to be over here.”

Plans call for a three-story temple of approximately 81,000 square feet, the announcement states. However, a specific design has yet to be released.

Latter-day Saint Cassie Guerrero was doubly surprised to learn Thursday that the temple was going in her neighborhood, but also that it wouldn’t be a smaller-footprint temple the church has more commonly built in recent decades.

“We had thought if they were going to put a temple into Smithfield, it was going to be a mini-temple,” Guerrero said. “So that’s kind of exciting too to know that there’s going to be a big, beautiful temple right there. It’s kind of nice.”

For comparison, the Logan Temple, built by pioneers from 1877 to 1884, is 120,000 square feet on a 9-acre site, according to churchofjesuschristtemples.org, an unoffical online encyclopedia of Latter-day Saint temples. The Logan Temple also includes a large assembly hall, a feature common in the church’s early temples but one not used for modern temple ordinances and not frequently used for meetings. As for ordinance rooms, it has four instruction rooms, 11 sealing rooms and one baptistry.

The Brigham City Temple, dedicated in 2012, is 36,000 square feet on a site a little over 3 acres. It has two instruction rooms, three sealing rooms and one baptistry. Many smaller, more standardized temples built during a rapid expansion of temple sites starting during Gordon B. Hinckley’s church presidency, including the Spokane Washington Temple, for example, are 10,700 square feet and include two instruction rooms, two sealing rooms and a baptistry.

While he was also surprised that the church is planning such a large temple in Smithfield, Mayor Jeff Barnes said he thinks the site is a good one.

“It’s a large piece of property, it’s 13 acres,” Barnes said. “I know the announcement said it was going to be three stories, and 81,000 square feet’s quite a bit, isn’t it? So I guess they’re planning on quite a large structure there.”

The church hasn’t yet contacted the city as part of the planning process, Barnes said, but it’s still early in what’s likely to be a relatively long process.

“Who ever thought that the church would build a temple in Smithfield, being so close to Logan?” Barnes said. “But I’m sure that the people here are just like me, excited about it and can’t wait to see it start being built and then being able to use it.”

While Guerrero was overall very positive about the temple, when asked by a reporter she did say she had minor worries about increased traffic.

“More traffic will not be as fun,” she said. “I think I’m far enough into the neighborhood to not have to worry too much about it. But definitely around the park, it’s a little nerve-wracking because it will get busier, but I’m hoping that because it’s so close, right on the main highway, that the traffic won’t go through the neighborhoods as much.”

The nearby park, Forrester Acres, has a chain-link fence along its borders with roadways. Further, the west side of 100 North in Smithfield is also State Route 218, which would help it accommodate more traffic than a city street.

The announcement was made along with locations for two other new temples — in Casper, Wyoming, and Elko, Nevada.

“Detailed design plans for these temples are still being developed,” the church stated. “Further information will be made public later. Groundbreaking dates have not been set. Project leaders will soon start working with city officials in these locations on preliminary plans for the temples, and leaders will be filing public documents in the coming months.”