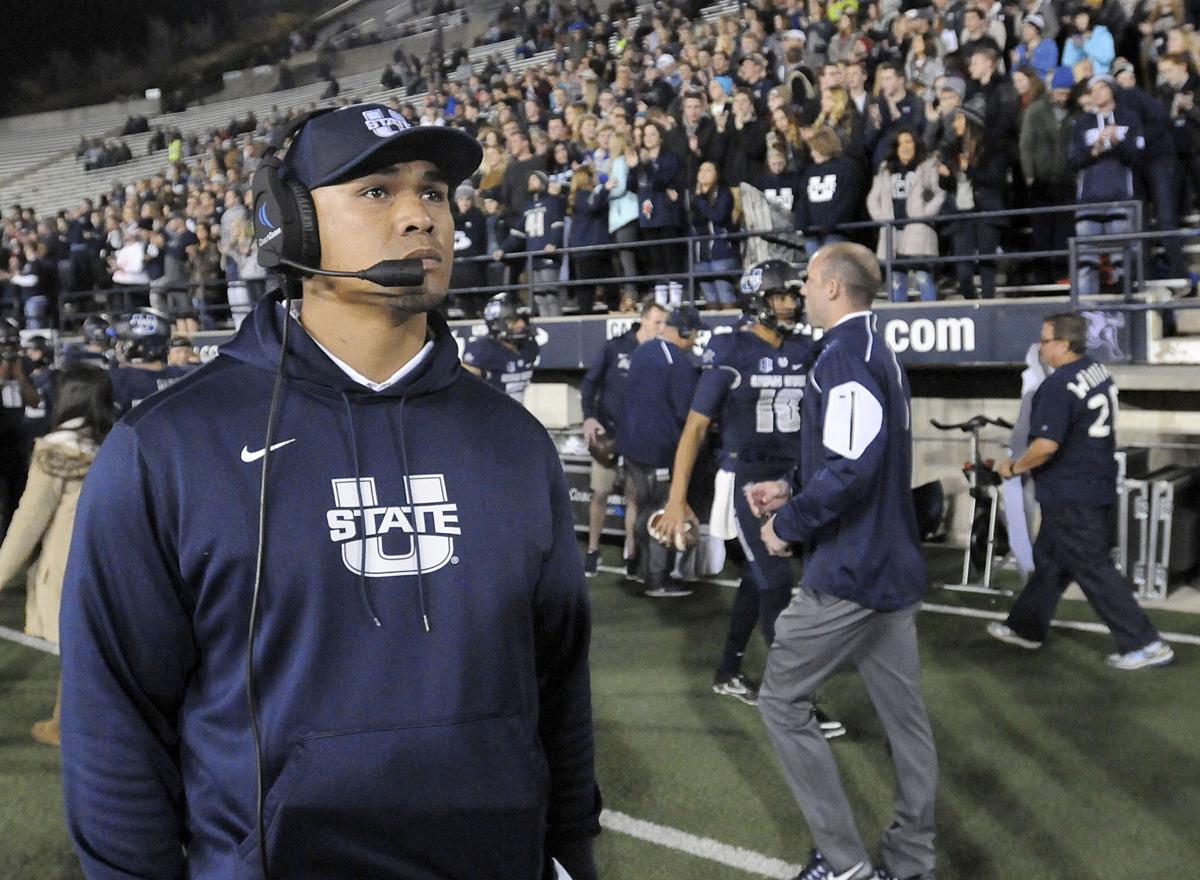 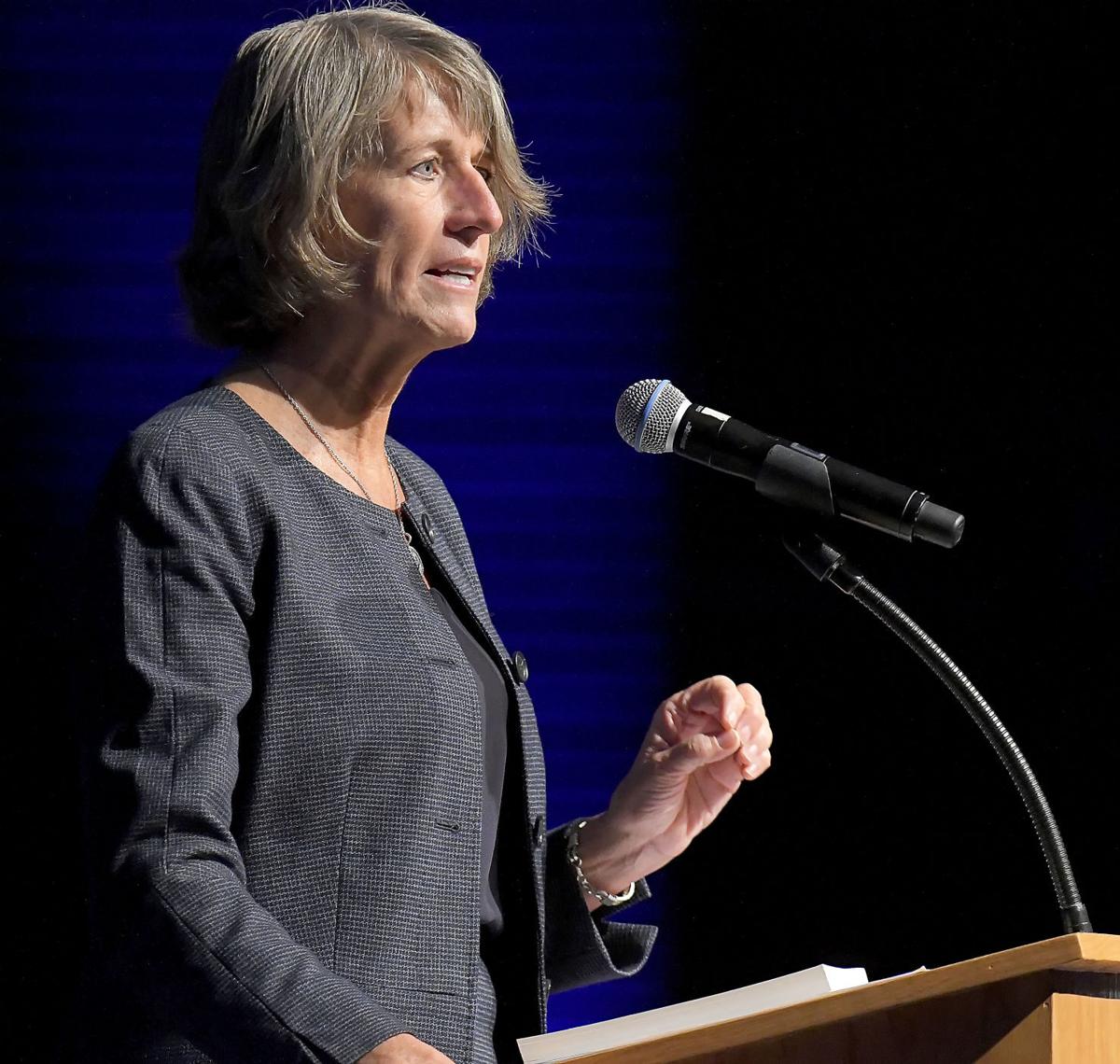 President Noelle Cockett delivers her State of the University address in this 2019 file photo.

President Noelle Cockett delivers her State of the University address in this 2019 file photo.

The Utah State University Board of Trustees has announced it will launch an independent investigation to review allegations made by football players that discriminatory remarks were made during a conversation players had with USU President Noelle Cockett and Athletics Director John Hartwell.

The school canceled a scheduled Saturday football game with Colorado State University after a boycott by players, who claimed inappropriate comments were made by one of the administrators during a Zoom call with members of the football team.

In that meeting, player representatives reportedly expressed concern that their input was not sought on selection of new head coach Blake Anderson, and they voiced support for interim head coach Frank Maile, who was passed over for the job. Anderson was officially named the new head coach Saturday evening.

Details about the controversial remarks have been sketchy, but a statement issued by the players suggested one or both of the administrators made references to Maile’s “religious and cultural background.” (Maile is a member of The Church of Jesus Christ of Latter-day Saints and is of Polynesian descent.)

“I am devastated that my comments were interpreted as bias against anyone’s religious background,” USU President Noelle Cockett said in a statement Saturday. “Throughout my professional career and, especially, as president of USU, I have welcomed the opportunity to meet directly and often with students about their experiences. Regardless of how difficult the conversations might be in the coming days, I remain committed to giving our students a voice.”

USU spokesman Tim Vitale told The Herald Journal there is no recording of the Zoom call but added, “Boy, do we wish there were.”

Maile issued a statement, quoted by The Deseret News, expressing support for the player boycott and disappointment at what was reportedly said about him. He also called for “a thorough and independent investigation of religious, cultural and racial discrimination” throughout the Utah State University.

“It is my understanding — from members of the team leadership council who attended a meeting with Utah State President Noelle Cockett and Athletic Director John Hartwell — that I was not ultimately considered for the position of head coach at Utah State (my beloved alma mater) because of concerns that my religion and Pacific Islander culture would negatively impact the University’s future football program,” Maile stated. “I have twice served as interim head coach and have gone through the interview process but was not notified of a formal hiring decision until after Noelle Cockett and John Hartwell met with the team.”

He went on: “As disheartened as I am to learn that this kind of religious and cultural bias exists (because I am Polynesian) at Utah State University, I am equally heart-broken for my players – many of whom are seniors who were preparing for the last game of their collegiate experience. I want to express my upmost respect and admiration for their decision to stand up for what they believe in — and I’m truly honored that they would stand up for me.”

The USU Board of Trustees took up the issue in a special meeting Saturday, announcing the school will retain an independent investigator to conduct a review of the concerns raised by the players.

“We take this matter seriously and understand that facts and details matter,” said Jody Burnett, chair of the Board of Trustees. “The players’ statement did not provide details about what was said. As a result, we will be working with an independent investigator to understand what was said during the meeting and the context for the alleged statements. Consistent with our university culture, USU is committed to listening to students, and we will handle this matter with integrity, fairness and open minds.”

Although not addressing the player boycott or controversy, Anderson brought up the subject of diversity when introduced as the new head football coach in a Monday morning press conference. He noted his planned new coaching staff already has three minorities: the head strength and conditioning coach, the defensive coordinator and the offensive coordinator.

“It’s going to be one of the most diverse staffs in the country,” Anderson said. “It is going to be diverse in every way — cultural, racial. Just every background possible I want to have represented on our staff, just like is represented in our lives.”