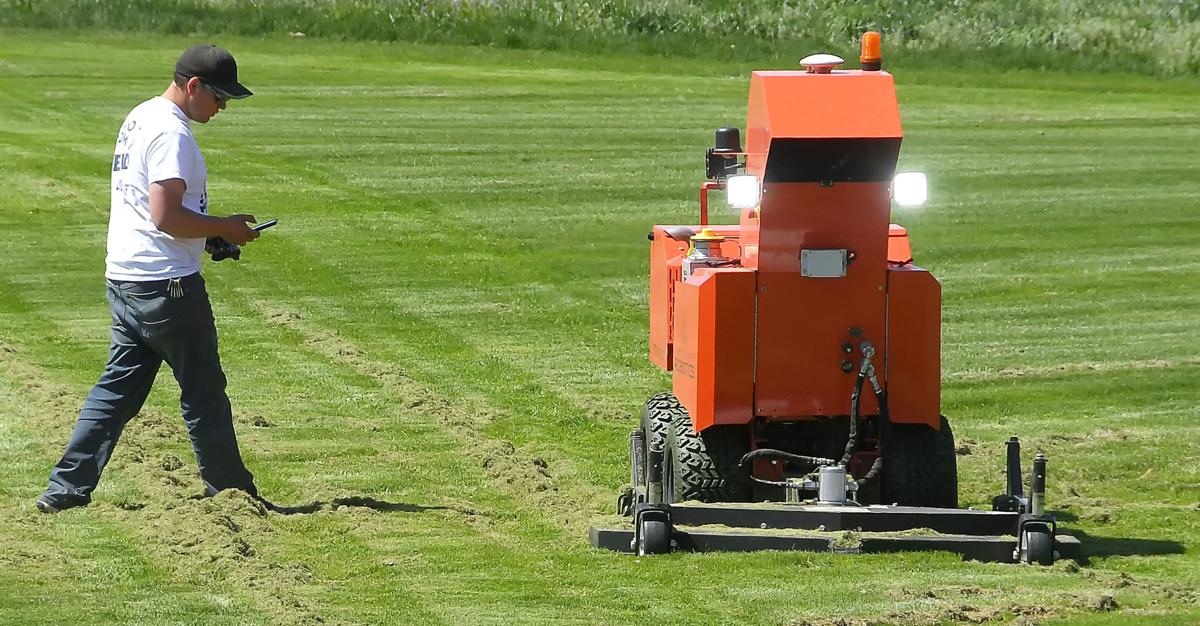 Jason Petterborg walks out to check on an autonomous mower as it cuts the grass at the Steve and Dona Reeder Cross Country Course on Thursday at USU. 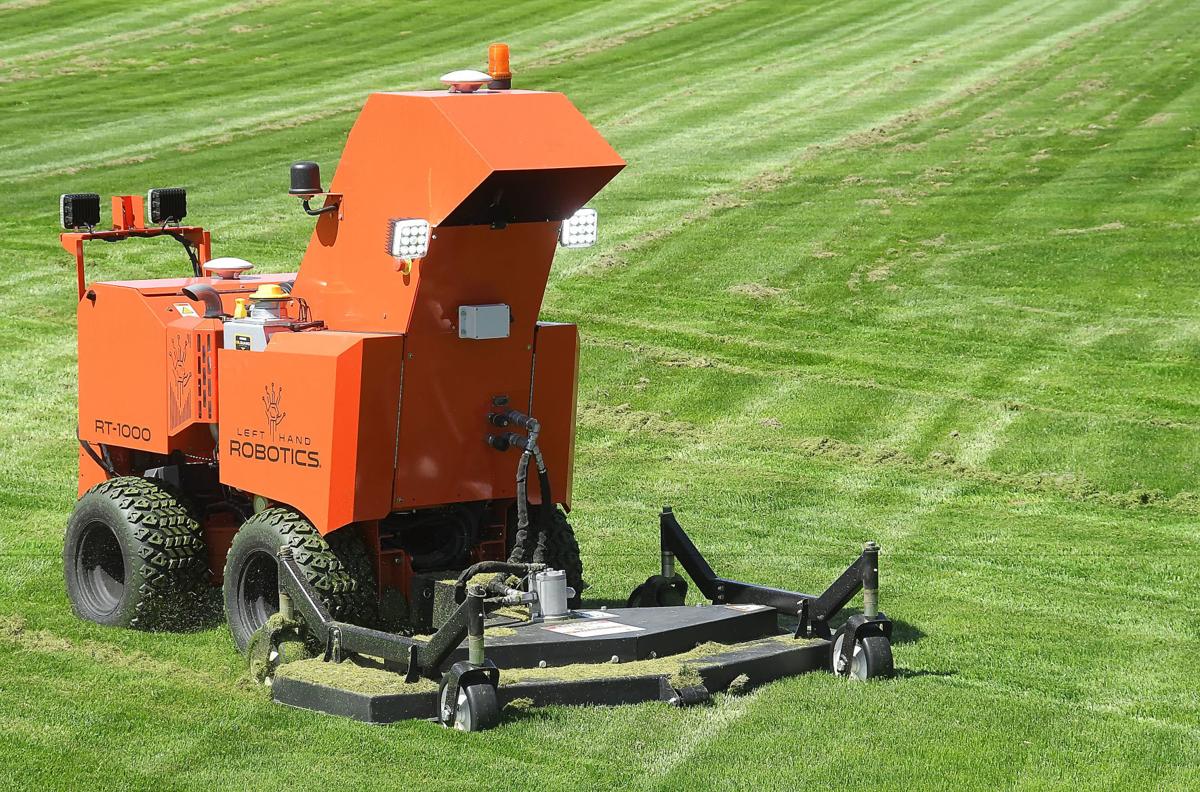 An autonomous self driving mower cuts the grass at the Steve and Dona Reeder Cross Country Course on Thursday at USU.

Jason Petterborg walks out to check on an autonomous mower as it cuts the grass at the Steve and Dona Reeder Cross Country Course on Thursday at USU.

An autonomous self driving mower cuts the grass at the Steve and Dona Reeder Cross Country Course on Thursday at USU.

Passersby may have spotted the autonomous mower, which very roughly resembles a boxy, bright-orange wheeled horse, out on the cross-country course near 1400 North and 1200 East in Logan. In an interview with The Herald Journal, Landscape Operations and Maintenance Manager Shane Richards said the RT-1000 is currently being used to cut grass and may also be used for snow removal.

“We haven’t purchased it, because we want to test the waters and see how we like it,” Richards said, explaining the robot has been leased for a year to test its capabilities. “So far, it seems to be like a pretty neat machine — It’s done a great job.”

A product of Left Hand Robotics based in Longmont, Colorado, Richards said the robot utilizes GPS, sensors and cameras to navigate designated maintenance areas. The cost to lease the robot is variable and based on hours of use, according to Richards. He estimated the cost to be between $10,000 and $14,000.

“The less we use it, the less we pay,” Richards said. “Unless we decide to buy it.”

The unit costs between $50,000 and $75,000, according a spokesperson from RMT Equipment, which is leasing the robot to USU.

Jason Petterborg, the mowing supervisor at USU facilities, said the RT-1000 is currently being tested on nearly 7 acres and utilizes a mapping program that determines the most efficient way to mow the area. Richards said a smartphone app shows the direction and location of the mower as well as color-coded sections depicting what has and hasn’t been mowed. USU Facilities employee Jess Daines said safety alerts are also sent if objects arrive in the path of the mower. Daines said the robot stops for objects as small as sprinkler heads and even clumps of grass.

“It sends an alert and we can actually see pictures on our phone of what’s in front of it and then we can tell it what to do,” Richards said. “It’s got some features in place that are nice that way so we don’t have to worry about it running over a duck or something.”

For Richards, the appeal to employing a robot is multifaceted, but boils down to two main reasons: the difficulty in hiring laborers during the school year and inconveniencing students and staff. Richards said the majority of their landscaping efforts take place during the day, which can cause disruptions. The robot may be able to mow in the late evening or at night, sparing hassle for those using facilities.

“We want our product (landscaping) to be seen, but we don’t want to be seen or heard,” Richards said. “That’s one of our biggest challenges.”

Though this season has been different due to COVID-19, Richards said it’s traditionally difficult to hire workers during the school year because students are usually focused on their studies. He said 1,000 to 2,000 person-hours per week go to mowing, trimming and edging.

“We don’t get the manpower that we need to maintain the standard that we need,” Richard said. “We’re hoping that this (robot) can come in and actually help fulfill that standard; that we can have a bodiless body, so to speak, or somebody that can do some work when we’re shorthanded.”

Richards said employing the services of a robot also provides an opportunity to provide feedback for future technological innovation.

“Our feedback is pretty honest,” Richards said, “and (the companies) want honest feedback.”

Richards said he is not worried about employees being displaced as they always have work for somebody. He said the robot is more of a tool to make a more convenient experience for those on campus.

“We don’t want to impede activities,” Richards said. “We’re hoping this is one of the ways that we can actually let the community enjoy the campus more.”