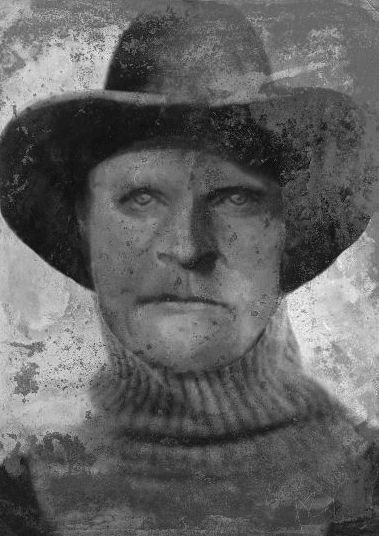 The DNA Doe Project created this composite image of what they believe Joseph Henry Loveless looked like, based on his DNA and descriptions from newspapers. 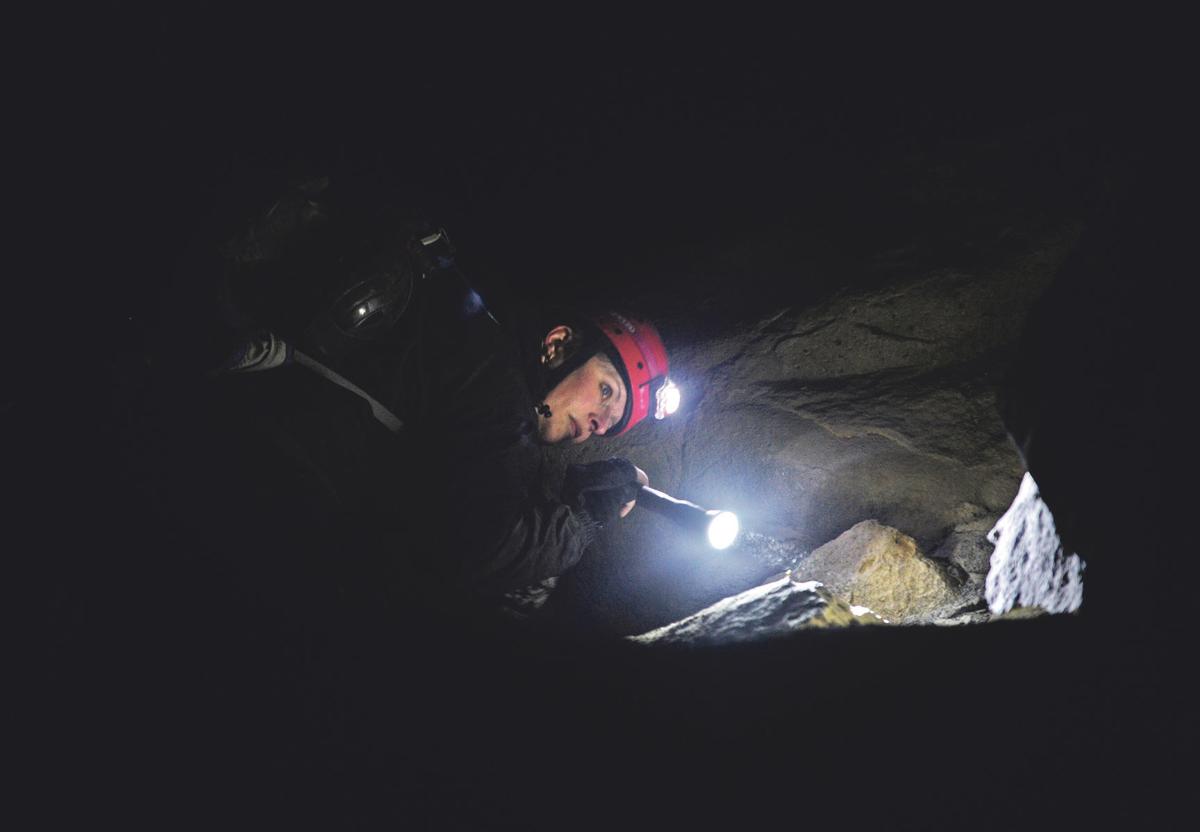 Daria Van Dolsen, a graduate student at Idaho State University studying anthropology, searches rock formations in the back of the cave, in this 2015 file photograph, for any caverns where the missing head could have been hidden. 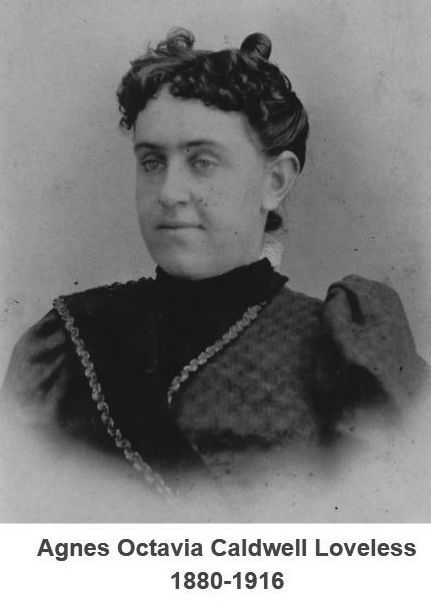 Agnes Caldwell Loveless was reportedly murdered by her husband Joseph Henry Loveless in 1916. Joseph is believed to have been killed shortly after he broke out of jail.

The DNA Doe Project created this composite image of what they believe Joseph Henry Loveless looked like, based on his DNA and descriptions from newspapers.

Daria Van Dolsen, a graduate student at Idaho State University studying anthropology, searches rock formations in the back of the cave, in this 2015 file photograph, for any caverns where the missing head could have been hidden.

Agnes Caldwell Loveless was reportedly murdered by her husband Joseph Henry Loveless in 1916. Joseph is believed to have been killed shortly after he broke out of jail.

Joseph Henry Loveless, born Dec. 3, 1870, was the son of some of the first Latter-day Saints to move to Utah. But he didn’t lead the kind of life his parents would have wanted.

Loveless was a bootlegger who smuggled alcohol into Fremont County at a time when the substance was banned locally.

Loveless was a wanted man, accused of murdering his wife. He would often be sent to jail or prison only to break out again.

On Tuesday, Loveless was identified as the body found in Buffalo Cave in Clark County. The Clark County Sheriff’s Office now believes his remains were left in that cave more than a century ago, in 1916.

The identification comes at the end of 40 years of investigation by the Sheriff’s Office and the anthropology department at Idaho State University. Loveless’ torso was discovered in 1979 by children playing in the cave. A subsequent search in 1991 uncovered his arms and legs. The head was never found.

The Sheriff’s Office and anthropologists identified Loveless with the help of the DNA Doe Project, a nonprofit that has identified more than two dozen John and Jane Does nationwide.

The DNA Doe Project used genetic genealogy to identify relatives of Loveless, comparing a sample of his DNA to samples entered in commercial repositories like GEDMatch and FamilyTreeDNA. A similar technique has been used to crack cold cases nationwide, including the 1996 murder of Angie Dodge.

After identifying Loveless, who was born in Payson, Utah, as the likely candidate, Clark County Chief Deputy John Clements contacted his grandson, an 87-year-old man, to ask for a DNA sample. The sample allowed DNA Doe Project to confirm the bones belonged to his grandfather.

Redgrave was able to discover details of Loveless’ life from old newspaper reports on his crimes.

The research was difficult because Loveless used several aliases in his life, often going by Walter Cairins, Curran, Currans, Cairns, Garron and Curnans. He also sometimes identified himself as Charles Smith.

According to Redgrave, Loveless married twice in his life, first to Harriett Jane Savage in 1899. He left her and their child in May 1904, not even appearing in court for the divorce proceedings.

Loveless married Agnes Octavia Caldwell in August 1905. The couple would have four children.

Redgrave found several arrests in news clippings for Loveless and his aliases between 1914 and 1916 in Burley. In one case, “Walter Garron” was being transported by train when he sawed through his cell’s bars and jumped out when the train stopped.

Caldwell was murdered with an ax on May 5, 1916. The killer is identified first as “Charles Smith,” then later as her husband, “Walter Currans.”

Caldwell was known in Dubois as “Ada Smith” and was suspected of helping her husband’s bootlegging operation. During her funeral, one of her sons was quoted saying, “Papa never stayed in jail very long, and he’ll be out soon.”

His son’s prediction proved true when Loveless escaped prison on May 18, 1916, by sawing through his jail bars with a saw hidden in his shoe. The Idaho Republican, a newspaper based in Blackfoot, identified him as “Walter Cairins” in the article.

A wanted poster released in St. Anthony for “Walter Cairns” identified the suspect as having last worn a brown coat, a red sweater, and blue overalls over black trousers. Similar clothing was discovered on some of the body parts found in Buffalo Cave.

Loveless’ remains, which have been kept at ISU for testing and teaching, will be returned to the family. According to Redgrave, several of Loveless’ descendants had heard apparently untrue stories of his death, and a headstone had been placed in a graveyard in Payson.

Clements and Clark County Sheriff Bart May credited the researchers for identifying Loveless and assisting the Sheriff’s Office free of charge. May said the investigation into Loveless’ death will continue, despite the near-certainty that anyone responsible has since died.

May said he did not expect the case would ever be solved when he assigned Clements to it.

“I’m just elated that it has come about during the last of my term,” May said.

The cause of Loveless’ death and the story of how his remains ended up in Buffalo Cave remain a mystery. Michael said part of the drive for her to learn the John Doe’s identity was her belief that he was a victim, given his body had been dismembered with tools and scattered.

Over the decades, attempting to identify the remains had become a common puzzle for professors and students in ISU’s anthropology program.

“It would be very easy to put these bones on a shelf and be (forgotten),” Michael said in an August interview with the Post Register. “The indignity of this man being laid out, that really bothers me.”

Michael said she was surprised to learn the man she pitied was himself a likely murderer. She was also surprised at the age of the remains. Previous estimates stated the body was between six months and 10 years old. Looking back, however, Redgrave said there were clues to the actual age researchers had attributed to him being a heavy laborer.

Michael said she hopes students will continue to learn from Loveless even after he leaves ISU to be laid to rest — and understand that the remains they study were once people.