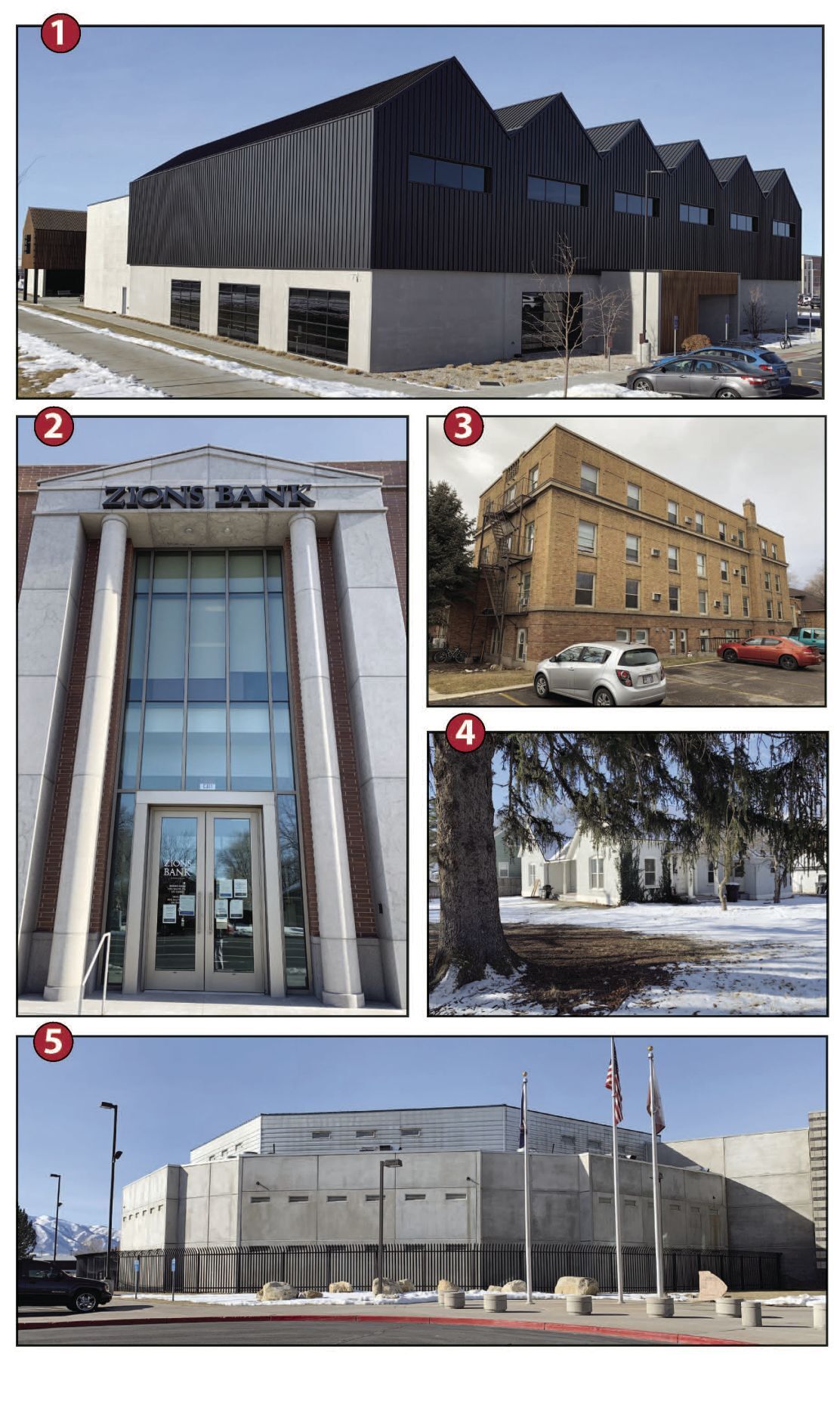 There are a handful of buildings in Logan that make me cringe a bit every time I pass by them. It’s a combination of the way they look, what they represent or something in their past that gives me a sinking feeling.

Everyone reading this probably has their own set of structures and locations in Cache Valley that trigger them in this way. And no doubt some people love the buildings I’ve singled out for this column.

I’m certain that’s the case with the first one shown here — the Vivint Smart Home building on the edge of the USU Innovation Campus on 1400 North. When it opened in 2017, it was touted as an innovative example of “homey but industrial” architecture, and as I understand it, there are some very employee-friendly and spiffy features inside.

It’s the outside that turns me off. Maybe this is due to all the jagged edges, bare concrete and black siding. But additionally, I’m miffed by the richly stained wood at the two entrances, which seems so out of sync with the other stark surfaces.

Finally, the whole idea of sophisticated home security systems, which Vivint specializes in and has apparently made a lot of money developing, never has sat well with me. I know the technology serves a vital purpose for some people. I just hate that this is something in such great demand in our society, that we can’t just go about our lives without ever having to worry about such things.

A local building that is all about another type of security — the Cache County Jail — appears at the bottom of the photo montage. It’s constructed entirely out of concrete and steel. No rich wood stain here. The jail complex is utilitarian to the max. Though I know we need incarceration facilities, I can never look at this forbidding structure without an emotional comedown.

Now let’s talk about the bank building. What is this magnificent edifice at 488 N. Main Street doing in a column about creepy buildings? Well, it’s that very magnificence that offends my sensibilities. The pillared entrance is making a grand statement, but I can’t quite put my finger on what that statement is. Financial stability maybe? Prestige? Power? Whatever it is, I wouldn’t be surprised to some day see a man with a top hat, tails, monocle and cane come skipping out the front door with a fistful of bucks.

The last two structures shown here don’t stand out so much architecturally, but I pass by both quite often and they never fail to generate at least a slight emotional response when I glance over at them.

No. 3 is the Tabernacle Park apartment building at 51 N. 100 East, which originally served as the 40-bed Cache Valley General Hospital from 1929 to 1948. I guess what gets me about this old building is the knowledge that people are living and sleeping in a place that used to be a hospital — not only that, but a hospital in the early 20th century when medical procedures were much cruder than they are today.

The Herald Journal did an article on the apartments a few years back, and most of the tenants interviewed said they get a good vibe from the building. So much for my notion that the place is somehow existing under a dark cloud.

But there is no good vibe to be had, I contend, from the last structure shown in today’s montage. It’s the house on First South in Logan where 5-year-old Lizzy Shelley lived on the night of her abduction and murder in 2019. I know I’m being irrational, but it will take a good while before passers-by like me can ever set that event aside and see this Cache Valley locale in a new light.