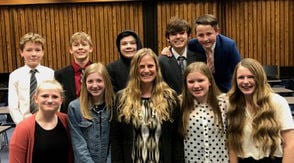 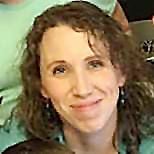 This year has been troublesome for everyone, and that includes two Mock Trial teams from Spring Creek Middle School. They sought to recreate a court-like atmosphere for competition in a year where even the real court system went virtual. Zoom quirks, laptop failures, and slow internet speeds added a level of difficulty that was impossible to practice for. They found the process frustrating at times, but rewarding in the end.

Coach Alissa Groll invited me to interview the teams about this year’s event, the challenges they went through, and the big finish: a second-place win at state level competition for Team Blue, which was composed of the older students.

Groll said, “Despite having to adjust, these 12 to 14 year olds pored over more than a hundred pages of witness affidavits and exhibits. They had to sift through a great deal of material and decide how to present it in an understandable way to the court.”

During our interview, the enthusiastic teens educated me about Mock Trial. To begin, I met Ali, who explained, “Mock Trial is a competition where students take on the roles of a real court trial, including bailiff, journalist, court sketch artist, and witnesses.”

Of course, there are also “attorneys,” who Groll said, “Had to navigate real rules of evidence governing actual courtrooms and cite specific legal codes in their opening and closing arguments.”

Team members Trent, Ethan, David, Sophie, Ben, Hailey, Kaayl, Ava, Cordelia, and Vivian all prepared to prosecute or defend an accused person, depending on the round in which they were competing.

“I love the fact that students had to argue both sides of the case,” Coach Groll said. “They learned that there is more than one side to every story.”

Ali explained further, “As a lawyer you never know what will happen. Objections could be made without warning. You have to speak to a judge and be polite.”

To which Ethan added, “There’s a feeling of pride when you win an objection.”

David noted that, for him, the worst part of Mock Trial was, “learning all the freaking objections.”

While I chuckled about David’s quote, the mock “witnesses” told me about their position in the trial, which was to act out the part of a person involved like a defendant or an arresting officer.

Samantha, who was a double witness, explained, “A witnesses job is to memorize their roles and lines and the attorney has to ask them questions. They have to answer based on their character’s statements. It also involves having emotion — getting into your character’s head. You have to know when to be defensive, joyful or sad. It’s basically acting.”

And the more convincing the acting, the better it can play out. “One of our opponents cried once,” said Cordelia, who, as an attorney, was responsible for questioning the witness to tears.

Brant and Trent acted as the bailiffs and their job was to swear in the witnesses, which sounds pretty simple. But being part of any court is a challenge. Brandt expressed that one of the hard things for him was, “wishing to be an attorney so I could have done something like object to a question.”

“Journalist” Ella said the competition was rigorous, but rewarding. “A great part for me is I was able to write the feeling of the court into words and put it in my article,” she said.

Team members Camberlyn and Porter acted as courtroom sketch artists. The sketch artists earned scores based on how realistically and accurately they depicted an important moment in the trial. Camberlyn said remembering what people looked like at that moment was the hardest thing about her role.

“Sketchroom artists do fast sketches in the time of the trial to give an accurate picture of what’s going on,” Porter said. “When it got really tense, I could easier draw out the emotions of the participants.”

“I am really proud of the way these students pushed themselves to do something extraordinary and challenging- especially in a year that has already been so challenging,” said coach Groll.

The team came together to make that happen. Hailey said, “The best part of Mock Trial was the people. Everyone was so fun to hang out with. Mock Trial was the highlight of my year. We all helped each other to get better and work hard. My Mock Trial team has become some of my best friends and I love them all so much.”

“As a teacher,” Groll concluded, “I couldn’t be happier with all the critical thinking, close reading, argumentation, interpretation, speaking, and listening skills they practiced. These students spent hours outside of the regular school day working to compete. Best of all, they actually had fun doing it!”

And a community columnist, I also had fun learning about it. My thanks to the team for educating me for sharing one more way that Cache Valley citizens have overcome hardships during this troublesome year.

A shout out to attorneys from the Cache County Bar Association who helped the team along; especially Larry Jones, Brandon Baxter, Jacob Gordon, Roger Baron, Dianne Balmain, Bryan Sidwell, Chris Guymon, and Trevor Cook. They coached, worked with students, and acted as judges during team scrimmages.