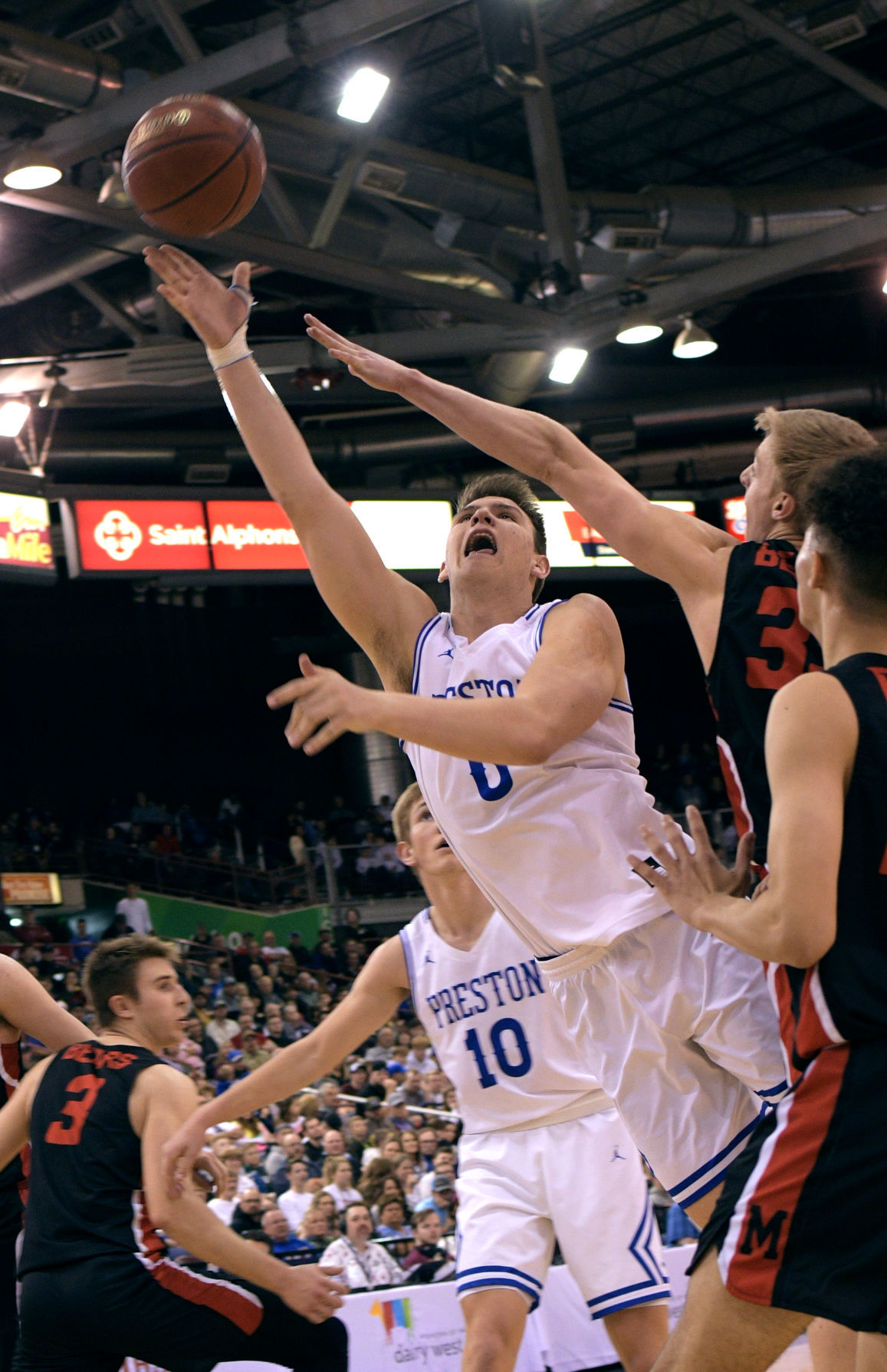 Ty Hyde adds another two points against Moscow in the 4A State championship game. 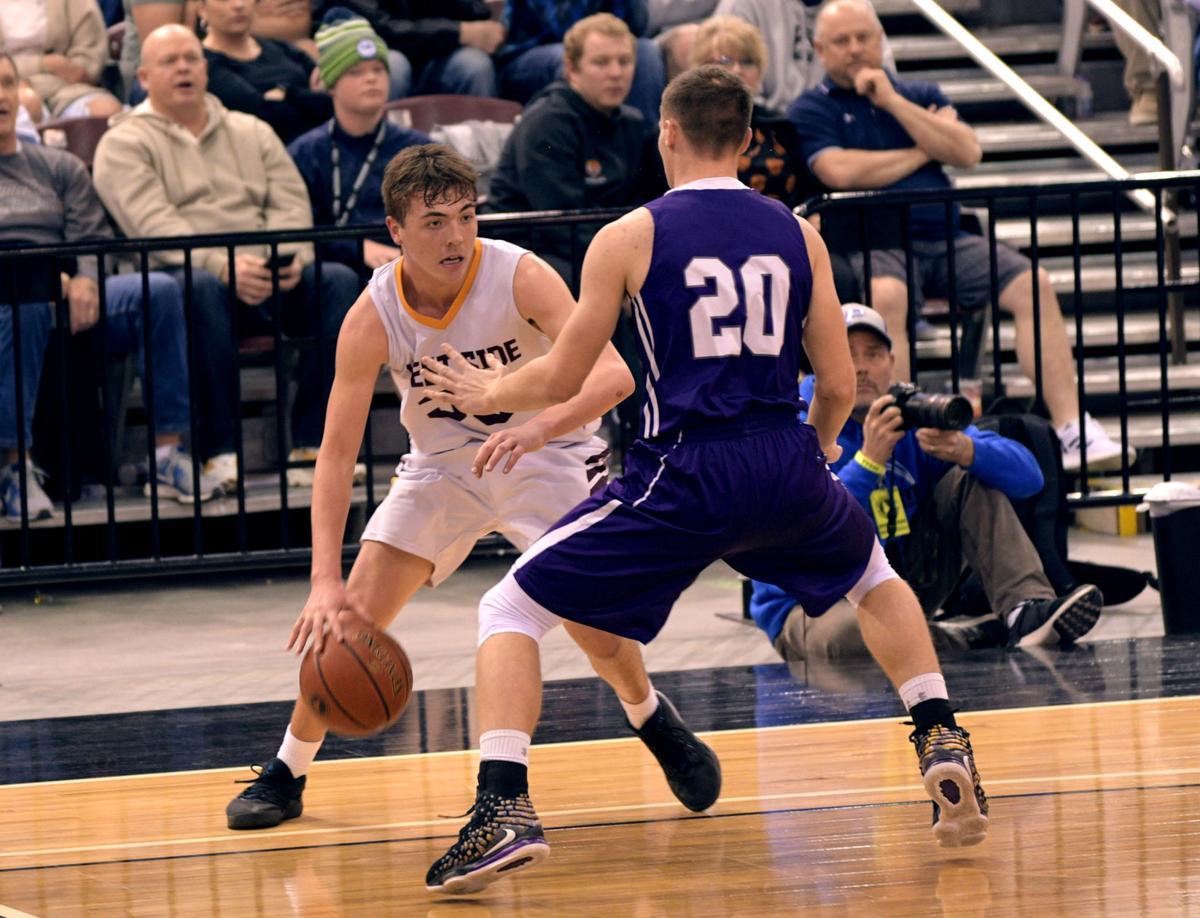 Isaac Frankman looks for an opening in the 2A State championship game. 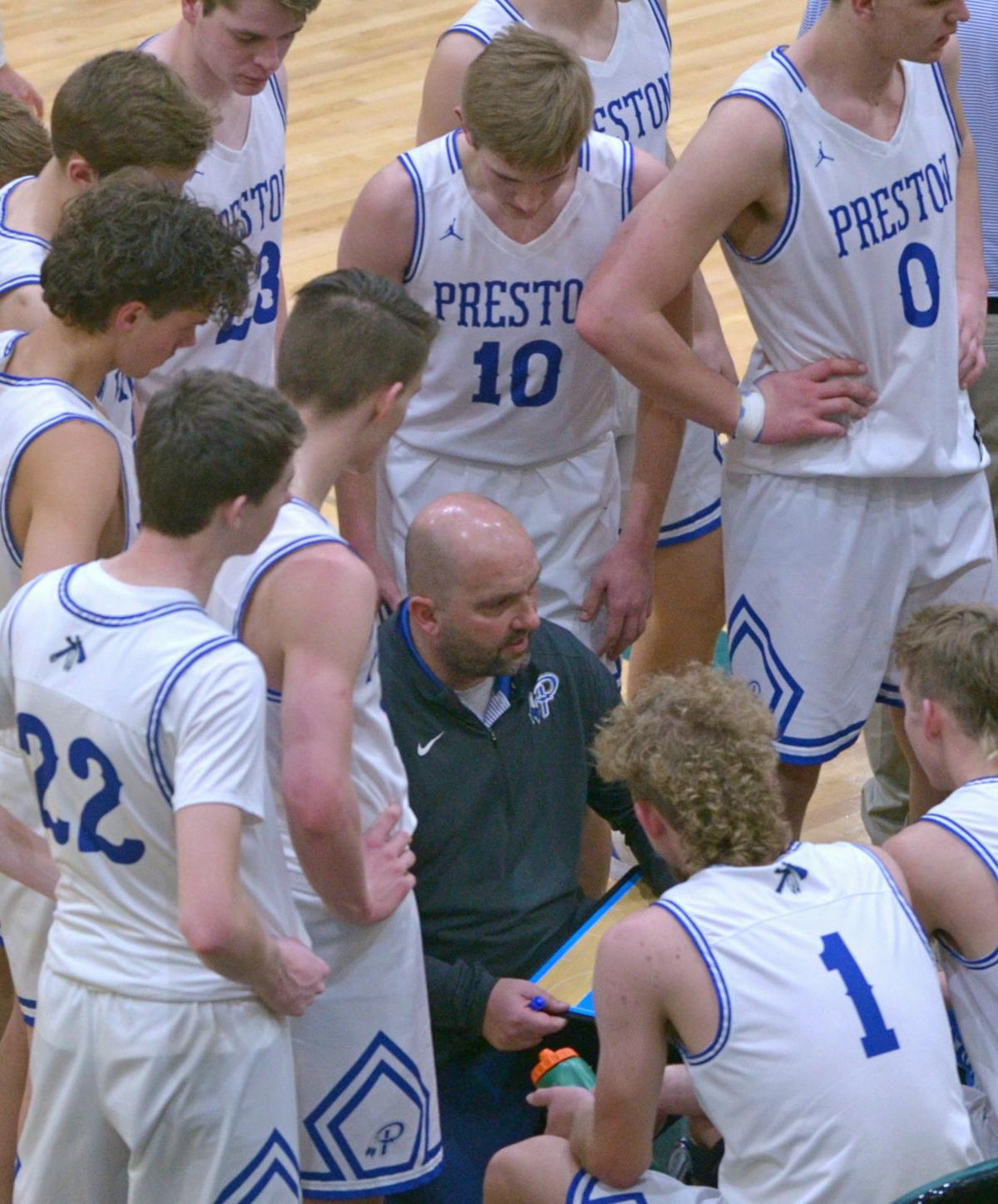 Tyler Jones instructs his team near the end of game one of the 4A state tournament against Idaho Falls.

Ty Hyde adds another two points against Moscow in the 4A State championship game.

Isaac Frankman looks for an opening in the 2A State championship game.

Tyler Jones instructs his team near the end of game one of the 4A state tournament against Idaho Falls.

Ty Hyde led the nominees with 4A Player of the Year awards in both the All-Valley and All-Idaho selections. The 6'7" senior post finished his season exactly how he dreamed, leading his team to its fourth state title in five years, after falling just short the previous season. He averaged 18.1 points as well as 8.2 rebounds, 2.7 assists and 1.6 blocks. Hyde was also selected for the Great Basin boys all-conference first team.

"Ty was huge all season for us and instrumental in helping Preston win the state championship," said Coach Tyler Jones. "His presence on both ends of the court as our rim protector and his dominance in the paint on the offensive end was fantastic. What made Ty really tough also was his unselfishness to find the open guy when he was getting double-teamed."

"Luke was fantastic this season and was named MVP of the state tournament," Jones said."He was the general of our team and did whatever was needed to help us win. He was so unselfish and wanted to distribute the ball and involve his teammates but could score whenever we needed a bucket in the big moments."

Isaac Frankman excelled for West Side earning the 2A Fifth District Player of the Year award, 2A First team All-State, and All-Valley First Team. The 6' senior center finished the season with 12.3 points and 6.3 rebounds and led the Pirates to the state runner-up finish. Frankman was also selected to the District 5 senior-only all-star basketball team along with teammates Ryan Beckstead and Connor Nielsen.

“Isaac was an undersized post who made up for it with grit and hustle,” said Coach Tyler Brown. “He always gave 100%. When we needed to score, we ran a play for Isaac. He led us in field goal percentage and rebounding. Isaac isn't only a talented basketball player, but he is a great kid.”

West Side’s Bryler Shurtliff also received multiple honors. He was nominated to the 2A All-State Second Team, 2A 5th District First Team and All-Valley First Team. Shurliff finished the season with an average of 14.8 points and 5.4 rebounds per game.

"Not only can Bryler score, but he is a great defender and rebounder,” Coach Brown said. “He led our team in scoring and was also second in rebounding and field goal percentage. Bryler made some big, important shots for us this year and was a large reason we won 23 games. Bryler is only a sophomore so we're looking forward to having him back for a couple more years.”

"We have had an amazing run the last five seasons and it's a tribute to the players we have who have bought in to performing their roles and doing whatever it takes to help the team be successful," said Jones. "A big thanks to my assistant coaches, our players, and managers for all the time they put in to make our program be successful it's a team effort."