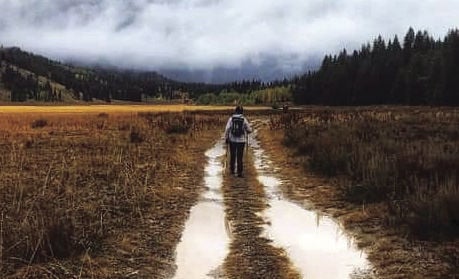 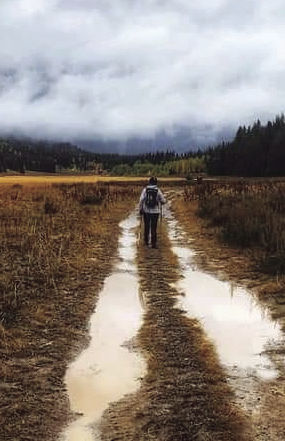 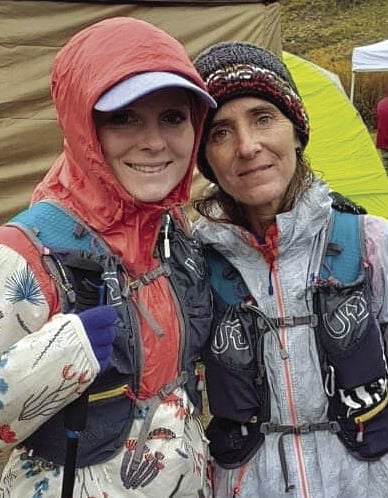 This is what 85 miles and no sleep looks like. Only 15 miles to go! Ford and her daughter Kirsten Reeve who paced her the last 15 miles. 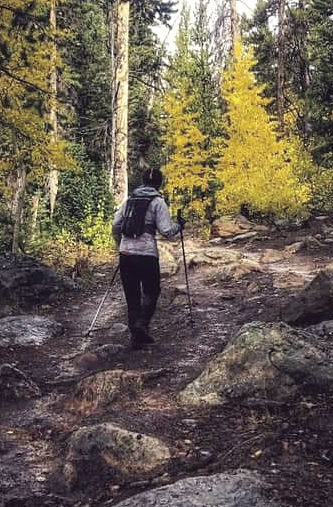 One of the rocky climbs early in the race. 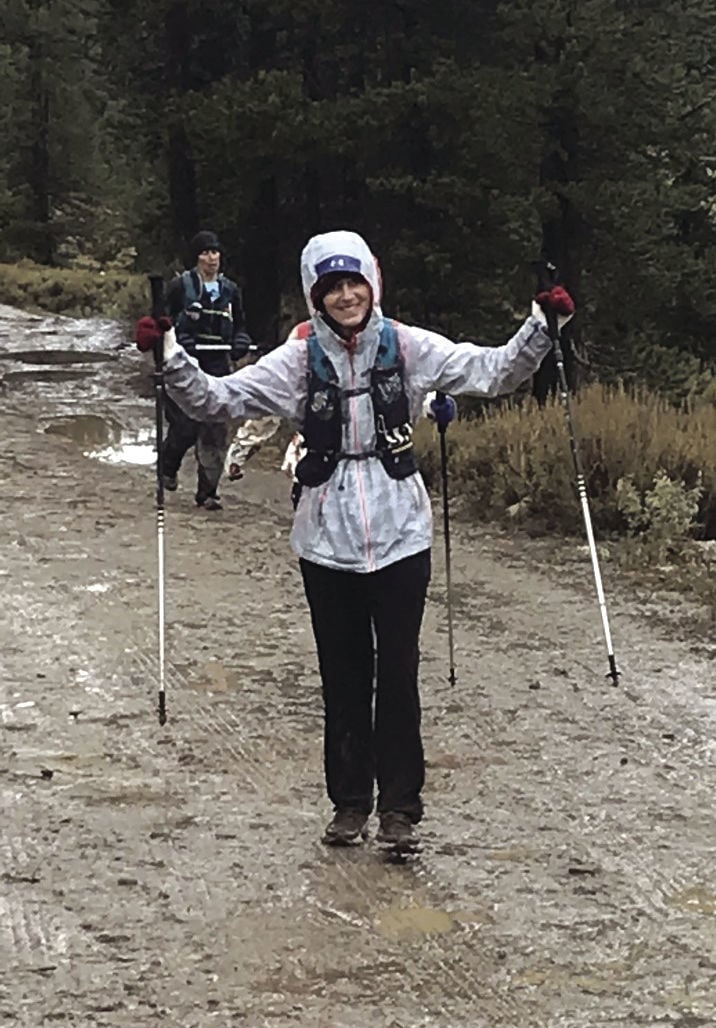 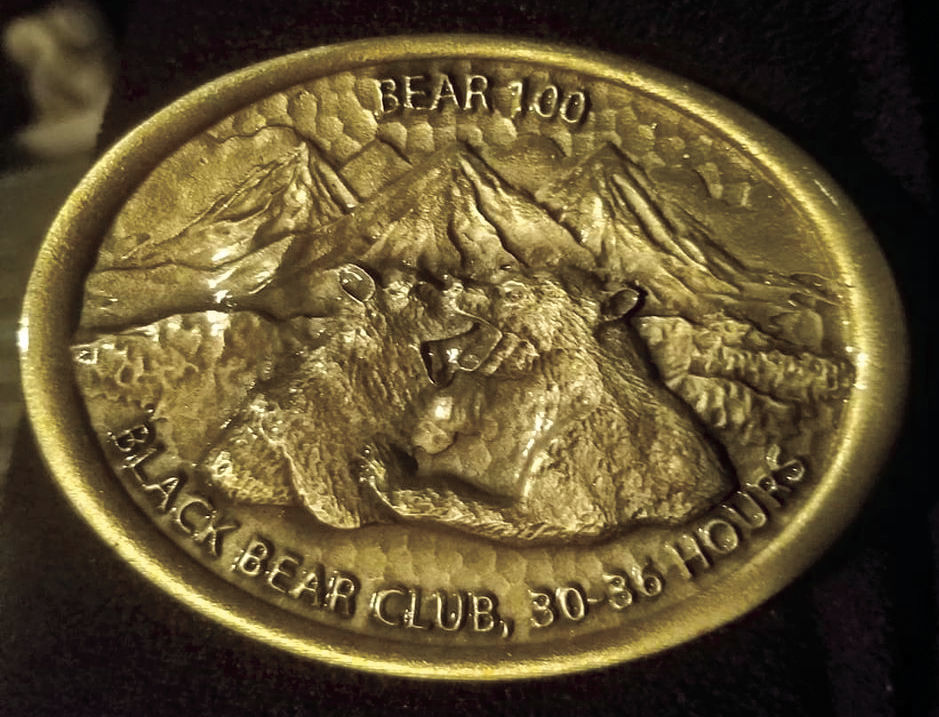 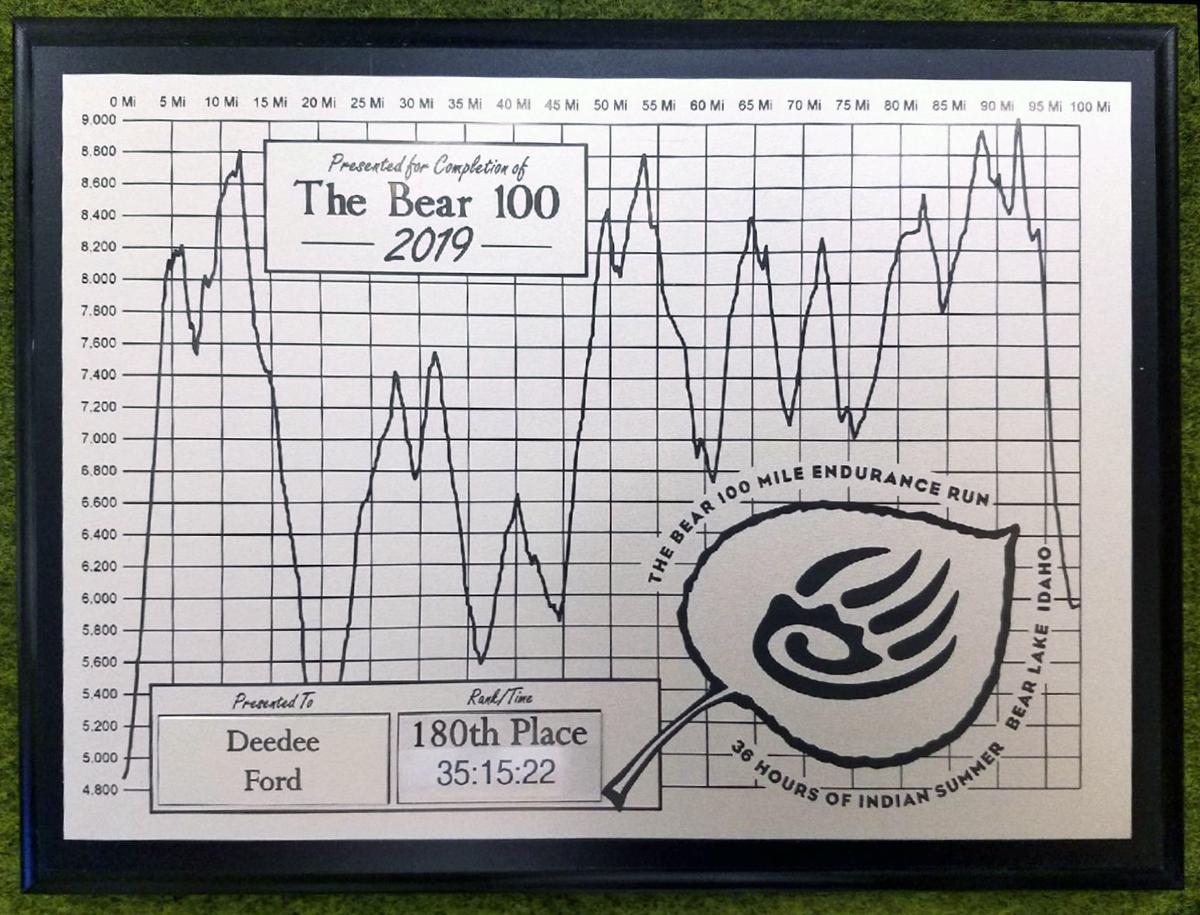 This is what 85 miles and no sleep looks like. Only 15 miles to go! Ford and her daughter Kirsten Reeve who paced her the last 15 miles.

One of the rocky climbs early in the race.

The last weekend of September held only a hint of Indian Summer for Preston. The rain and snow in the forcast did not deter local elementary teacher Dee Dee Ford from setting out on an epic adventure.

She completed The Bear 100 Mile Endurance Run with 45 minutes to spare on Sept. 28. In order to finish runners must reach each of the seven cut-off points by a certain time to ensure they finish within the 36-hour time limit.

Ford trained hard for the race and has been involved as a volunteer to pace other runners in past years. She knows the area well as she often runs various parts of the trail on her own.

The race began at 6 a.m. on Sep. 27. It was dark and overcast with temps around 50 degrees. “It started to sprinkle up on the ridgeline around 9 a.m.,” said Ford. “It cleared up for the afternoon and it was mostly sunny with temperatures around 70 degrees.”

That was the last she saw of the sun during her run. As evening approched the temperatue dropped and the wind picked up, bringing rain and slick, mud-churned trails with it.

Using headlamps, runners continued through the night. Dee Dee hit her lowest point in the wee hours of the morning when she was soaked through and could not get warm. She lost track of time in a warming tent at the Logan River aid station where an hour passed unoticed as she tried in vain to get warm. Fortunately her pacer for that stretch, Launi Evans, was able to keep her on track to make the next cutoff despite the lost hour.

The sunrise, though not visible through the cloud cover, made all the difference and lifted her spirits immensly. Add in a change to dry clothes at Beaver Mountain and she “felt like a new woman” leaving her doubts behind. Before the Ranger Dip Rain aid station the weather took a turn for the worse. Hail, wind, snow, and a fierce lightning storm while traversing an open basin made conditions miserable, but were nothing compared to the long night.

The final leg of the trek included a steep rise in elevation and a torrential downpour bringing another low point due to the grueling conditions. Thinking of her students kept her going, along with the help of her pacer, her family and her own determination.

Ford teaches fifth graders at Oakwood Elementary. Today they call their teacher “Wonder Woman” and believe she can beat anyone in a race even though she told them she was one of the slower competitors. She tries to set an example for her students that they can accomplish anything and get through anything.

Though she was not fast by her standards, she made it to the finish line at 5:15 p.m. on Sept. 28, to be greeted by estatic friends and family sharing in her monumental accomplishment, 35 hours and 15 minutes after starting.

“I grew a lot in 36 hours. Not just physically but mentally as well,” she said. One of her biggest takeaways was that “people are capable of doing a lot more than they realize. Putting yourself out there and letting yourself be vulnerable is not a bad thing. Learning to perservere. Things I wasn’t certain about before, now I know I can do. Just don’t quit. I don’t think of myself as extrordinary. I met people out on the trail that are just like me with jobs and kids who train on weekends. The ultra community is made up of some of the most amazing people you’ll ever meet. It’s not a dog-eat-dog kind of a race. Everyone helps each other along and wants everyone to finish.”

In addition to all the volunteers and people who make the race possible, Dee Dee had four in particular she thanked, knowing things would have been a lot tougher without them.

“I had four amazing pacers that helped me get this thing done!” Ford said. “My incredible boyfriend, Bill, who helped pace, crew, and chauffeur my other pacers. He helped push me through some tough sections of the race and kept me moving forward. Seeing his smiling face at the aid stations helped me keep it together. My sister-in-law, Jill, helped pace from Tony to Franklin Basin. She kept my mind off the pain and stayed positive! Launi Evans had the toughest and longest section, Franklin Basin to Beaver Creek. She was a rock for me during my darkest times on the course. Wet, cold, tired, muddy and wanting to quit, but Launi persevered and kept me moving! I can’t thank her enough. My final pacer was my daughter Kirsten. I was so excited to be able to share this final leg of the journey with her. She kept me going, stayed positive and didn’t complain about the mud, rain, hail, snow, wind, cold or the insane one mile climb.”

The race is limited to around 300 participants and Ford was one of just 44 women to finish. She crossed the finish line as number 181 and only one woman her age or older finished before her.

If you had asked her at the finish line to do a future 100 mile run she would have outright refused, but time has a way of softening the rough edges and she is planning to do it again next fall.