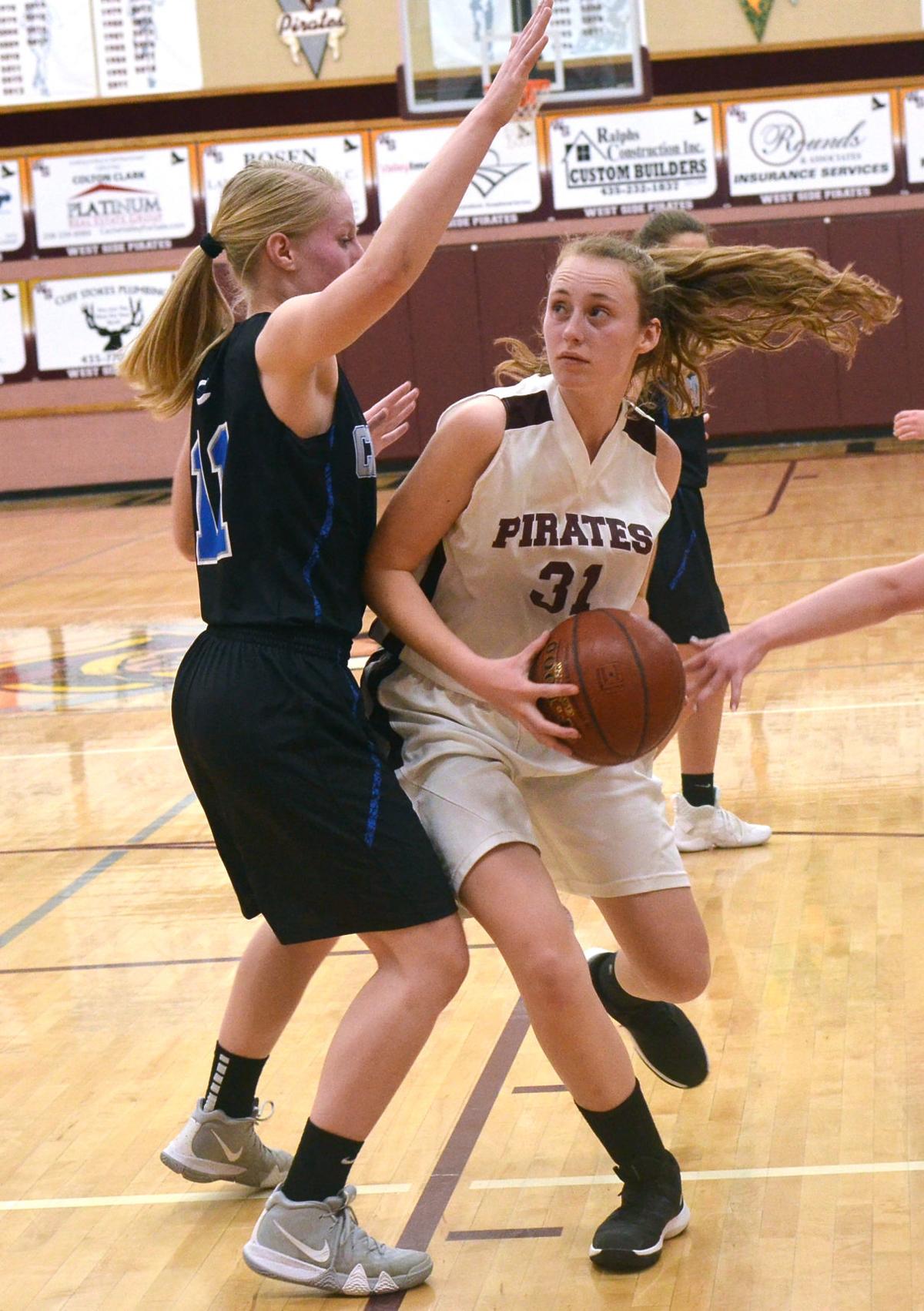 Kajsia Fuller drives past a Cougar defender for a bucket. 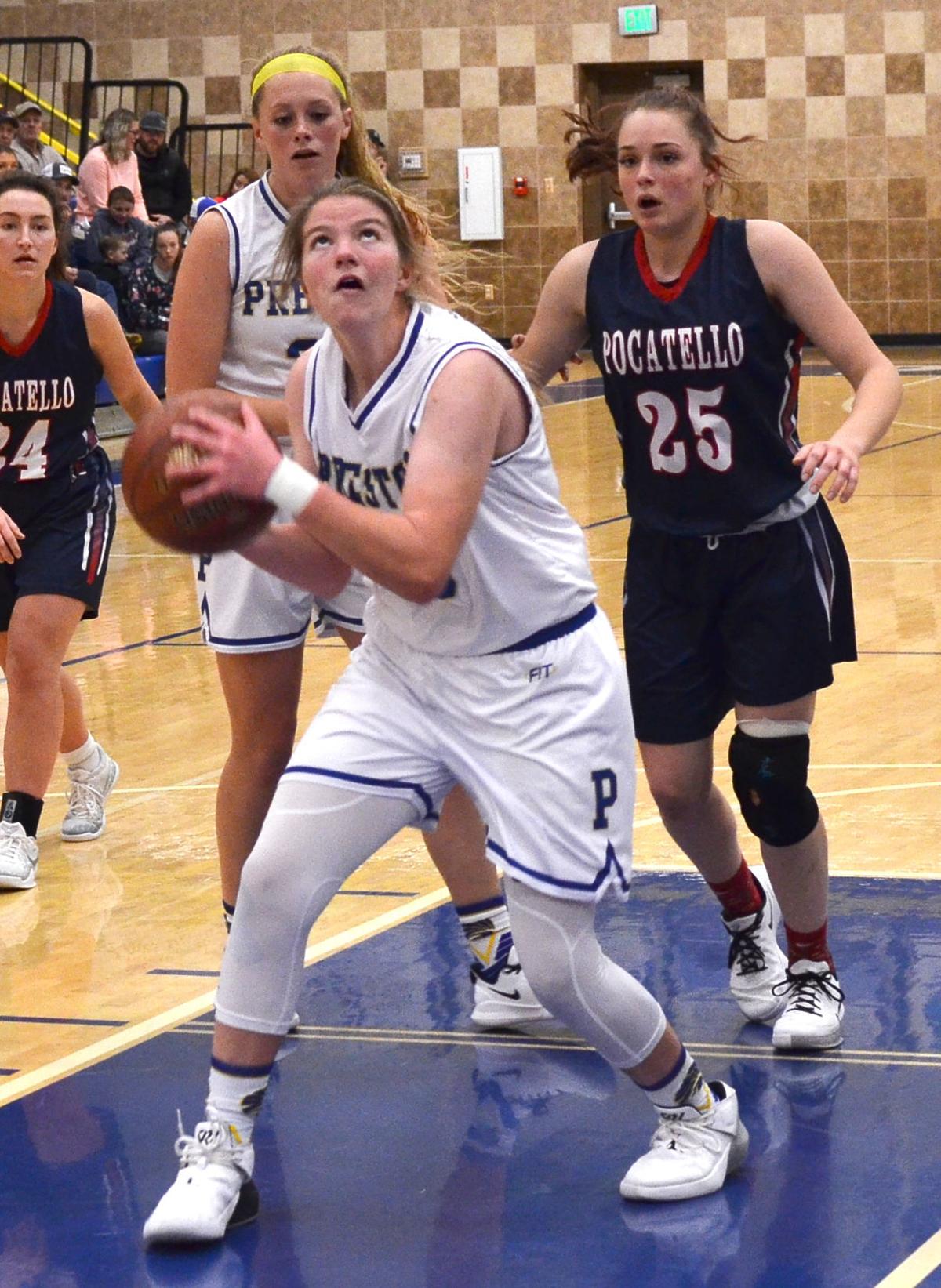 Cassee Pugmire pulls down a rebound and gets an easy bucket. 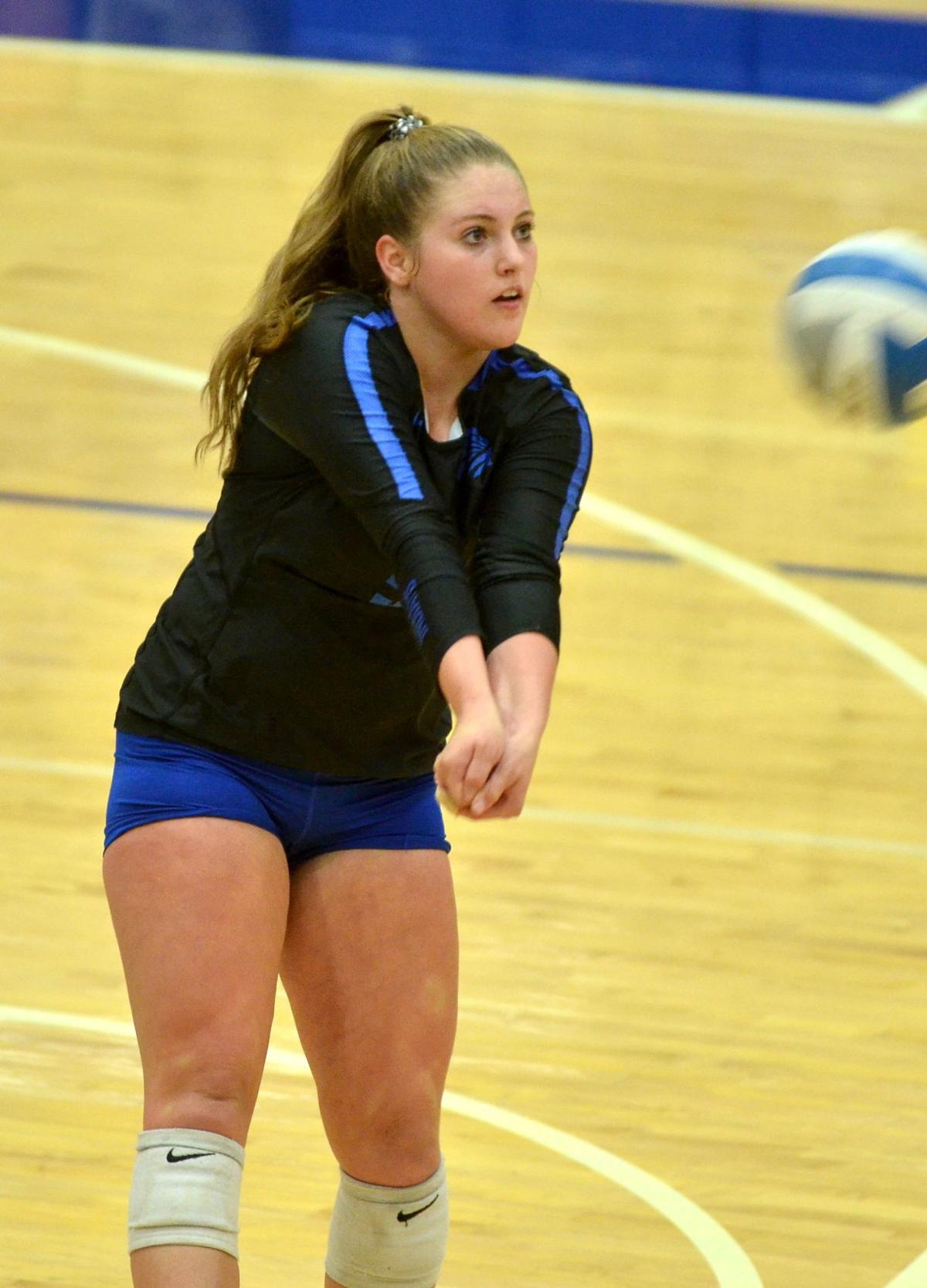 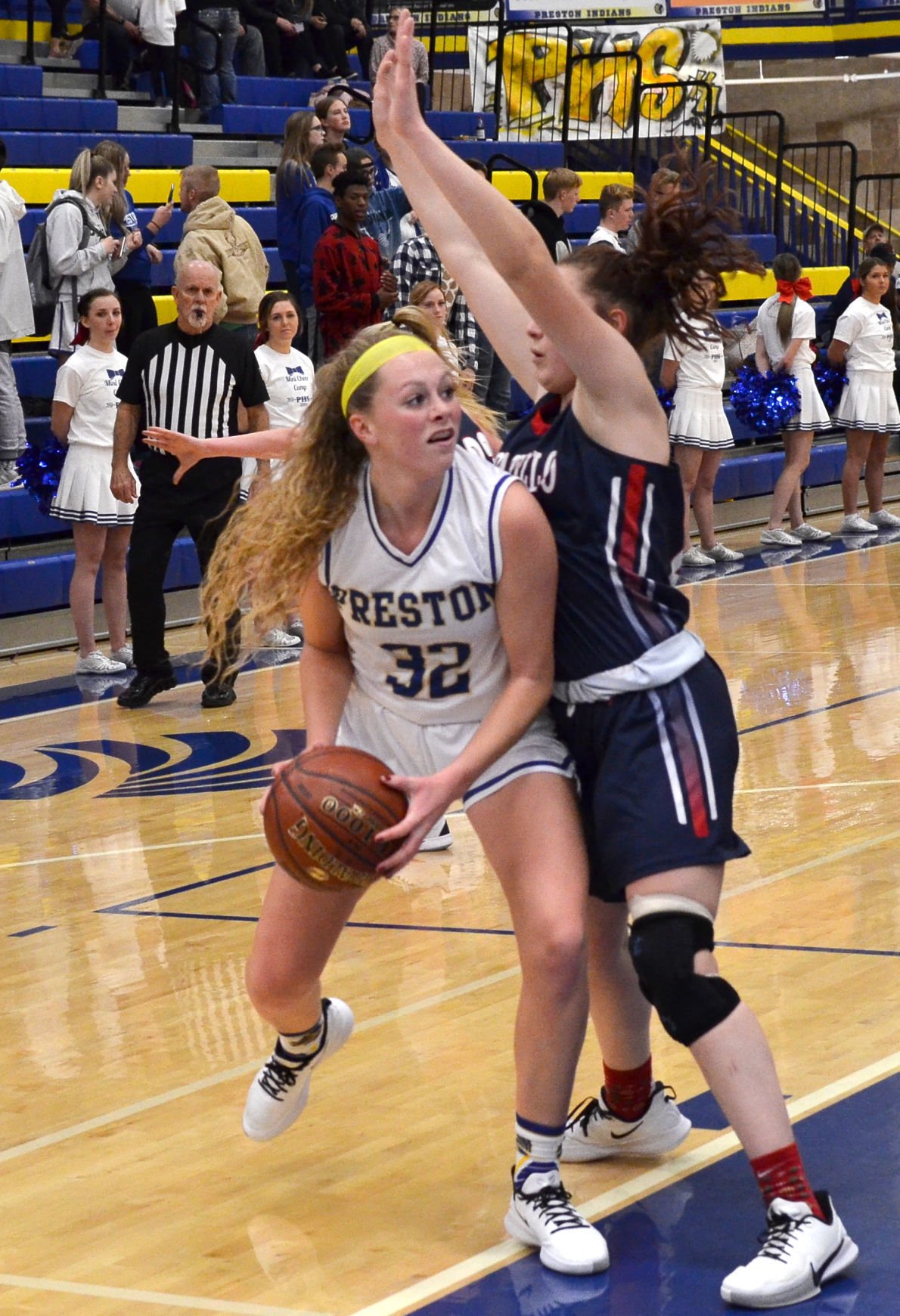 Kylie Larsen looks for an opening against Pocatello.

Kajsia Fuller drives past a Cougar defender for a bucket.

Cassee Pugmire pulls down a rebound and gets an easy bucket.

Kylie Larsen looks for an opening against Pocatello.

Like the boys, there were many girls from Franklin County who were honored in the All-Valley, Idaho All-Conference, All-Area and annual Idaho District 5 senior-only all-star teams which were selected by vote.

The girls had some outstanding performances. Matti Whitehead was nominated to the 2019 All-Area volleyball first team and the Idaho All-District first team for her contributions as Junior libero. She led the Indians in digs (330), aces (34) and serve receptions (382) and helped them finish as the No. 4 seed in the 4A district tournament.

In basketball junior, Kasjia Fuller of West Side earned 5th District 2A All-Conference first team honors as well as the All-Valley second team. Kajsia averaged 14.8 points, 8.1 rebounds and 1.2 blocks per game as well as shooting 72% from the charity stripe. “Kajsia is a very special athlete,” said Coach Bob Sorensen. “She works so hard to improve her game. She is a real threat in the paint with her back to the basket and she has amazing soft shot faced up. She really did her best to put the team on her back. She had to defend some amazing players and she really a great job in improving her defense. I really enjoyed her great attitude and was amazed at her basketball knowledge.”

Preston senior Cassee Pugmire was selected for 4A All-Valley and Great Basin girls all-conference first team honors. She averaged 9.2 points, 6.5 rebounds, 2.2 steals, 1.3 blocks and 1.6 assists per game and scored in double figures in the final five games of the season. “Cassee plays with a lot of desire,” said Coach Ryan Harris. “She led us in scoring and minutes played, and was second in steals and rebounds. She has a natural feel for the game and played with a warriors mentality, she stepped on the court playing to win every single night. She wanted the ball in her hands with the game on the line and played with a ton of confidence.” Pugmire was also selected for the Girls’ all-star game along with teammate Alexis Harris and West Side players Kenlee Nance and Patryce Eldredge. Like many other things for seniors this year, the event was canceled due to COVID-19 closures and health risks.

Kenlee has been a real joy to coach," Sorensen said. "She is happy and loves the game. This year she had several games where she rebounded with authority. We needed her strength and leadership. She also has a pretty shot. I will miss her very much."

Junior Kylie Larsen was named to the All-Valley second team with an average of 7.7 rebounds 1.5 blocks and 7.7 points per game. she also received Great Basin girls all-conference third team honors. “Kylie was integral to our success in nearly every game this season,” said Harris. “She was close to a double double almost every game and had some nice high scoring games. When we were able to get her involved often the offensive end of the court it usually translated into a win for us. We are excited to have her back next year.”