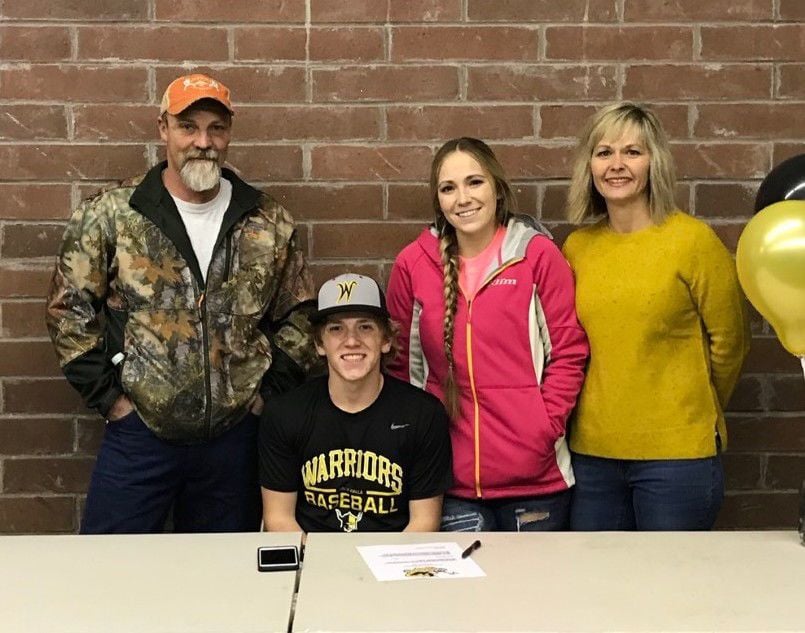 Dillon Halsam and family, parents Jeff and Donna Haslam and sister Josie at his signing. 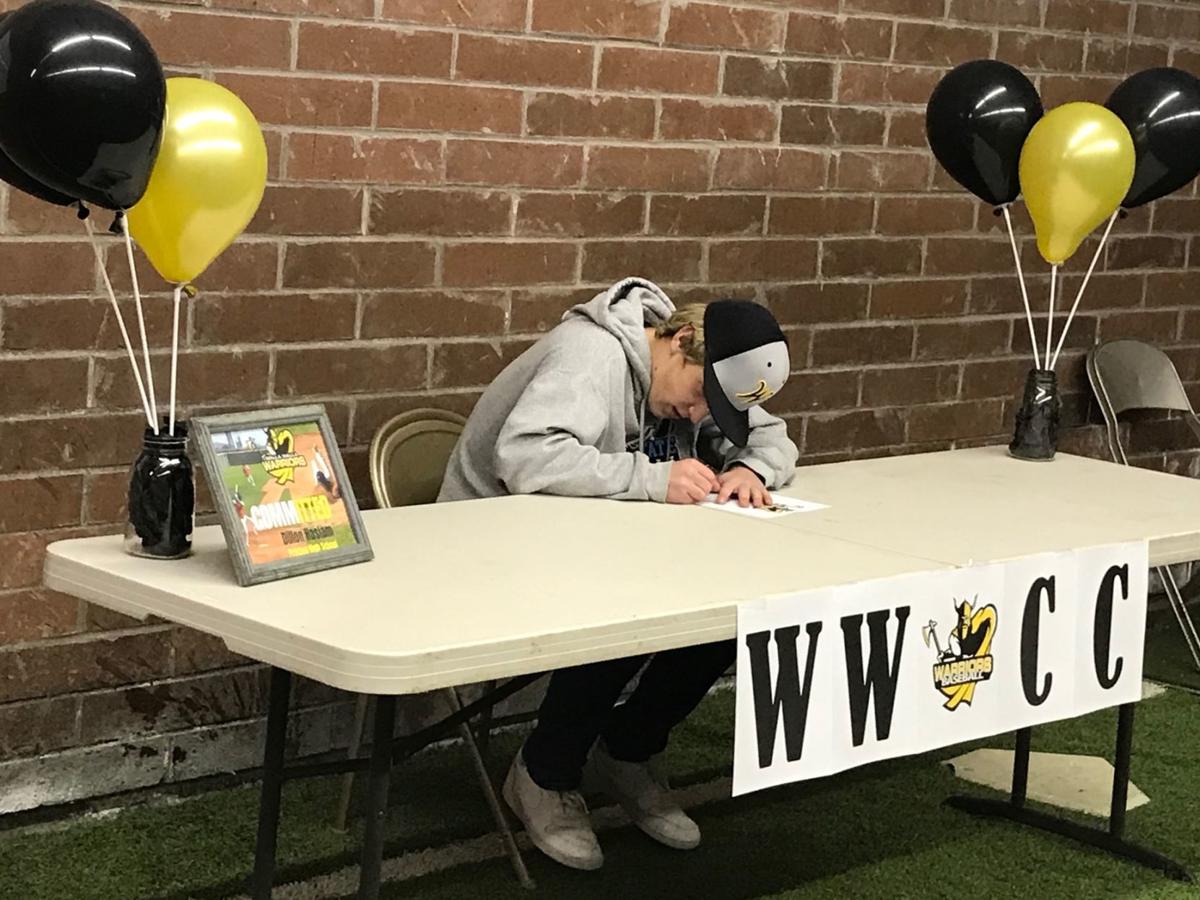 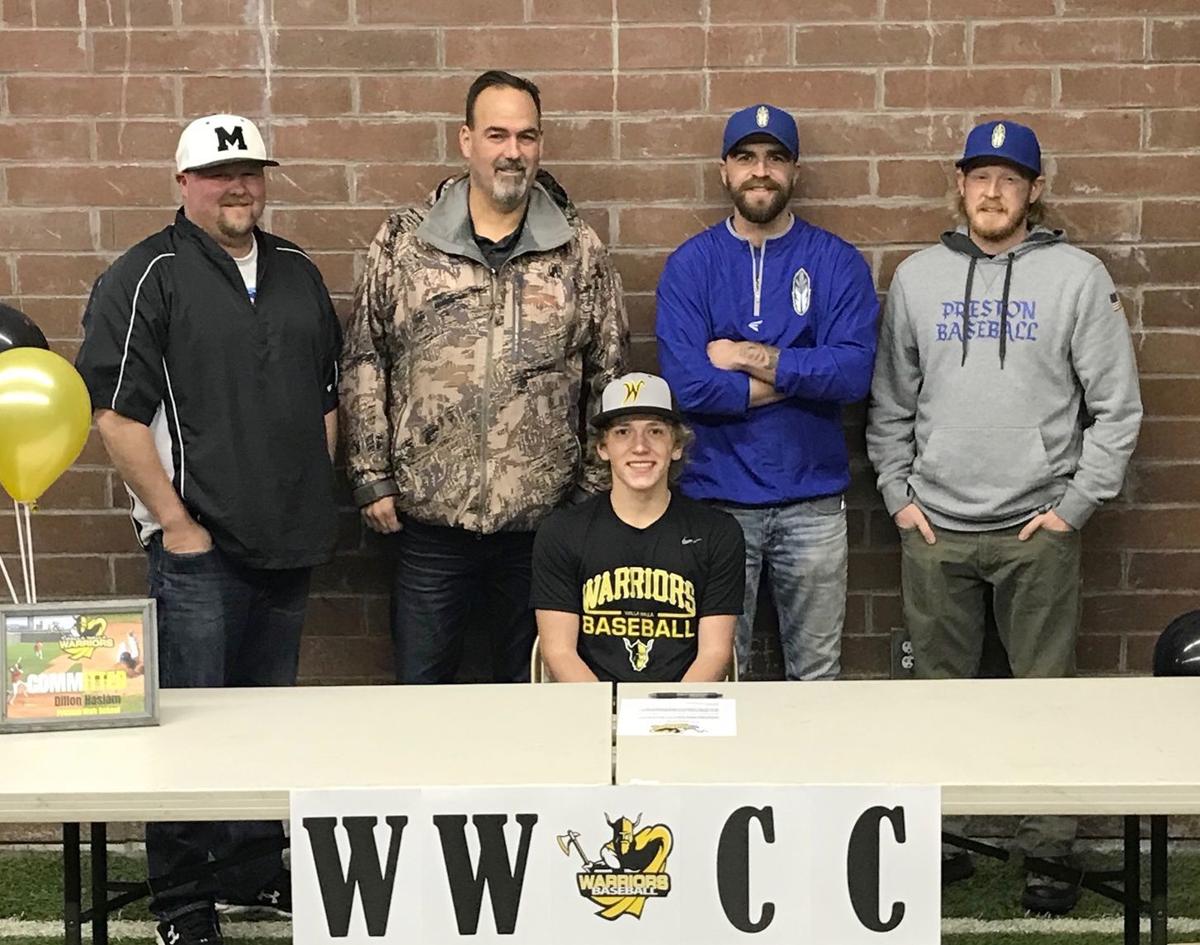 Dillon Halsam and family, parents Jeff and Donna Haslam and sister Josie at his signing.

Dillon Haslam, son of Jeff and Donna Haslam, signed with Walla Walla Community College (WWCC) in Washiongton on December 19, 2019 to play baseball as a utility player (outfield, second base, catcher).

Haslam visited the campus and was able to practice with the team. He also travelled to three other colleges the week of Thanksgiving: Blue Mountain Pendleton Oregon, South Western and Coos Bay, Oregon before rounding out the trip with Walla Walla on Nov. 23. He was also contacted by schools from Wisconsin, North Dakota, Minnesota and North Carolina but ultimately settled on WWCC.

“I chose Walla Walla because I really liked the atmosphere,” Haslam said. “I felt I would get along really well with the coaches and players, and I really liked their school and smaller classroom sizes. I am going to go get all my generals done and hopefully continue my education to eventually become an electrical utility lineman.”

Dillon has been playing ball since third grade and feels like it has always been a part of his life. “You get out of baseball what you put into it,” he said. “It’s my place to get away from everything and just relax and have fun doing something I really enjoy and am passionate about!”

His lifelong love of the game began with a simple invitation. “One of my first memories of baseball is when I first moved to Preston. I was playing catch with a friend of mine and got invited by Coach (Jody) Janke to come practice and join a team they were putting together. That moment started my love for baseball.”

Haslam intends to take the game to the next level and beyond. “I plan on continuing to play and go as far as I can possibly go, while continuing to get a good education and prepare to one day have a family, and kids of my own.”

Haslam has had a lot of support on his journey and many coaches who have encouraged him and helped him improve. One of those is Preston High School baseball coach Kenny Inglet who is confident Haslam will do well at the next level. “I have coached Dillon for several years now and he is one of the funnest players I’ve had the privilege to coach. He is a highly competitive athlete, but still plays for the shear love of the game. He is an outstanding player and I think that he has the capability to play at any level.”

Haslam recognized the efforts of many on his behalf helping him reach his goals and dreams.

“I would like to thank my mom, dad, and sister Josie and all my family for always supporting and loving me through everything I’ve done throughout my life” he sadi. “This would not have been possible without all their support and love. I would also like to thank all my High school coaches, Kenny Inglet, Brad Phillips, Stuart Greene, Nathan Hess, Scott Madsen, and Chance Randall. And my legion baseball coaches, Justin Howe, Garyn Atkinson, Russ Wilson, Gary Combs, Skyler Thorpe and Billy Peabody. I’d also like to thank my hitting coach, Jory Jensen for all the help he has provided for me!”