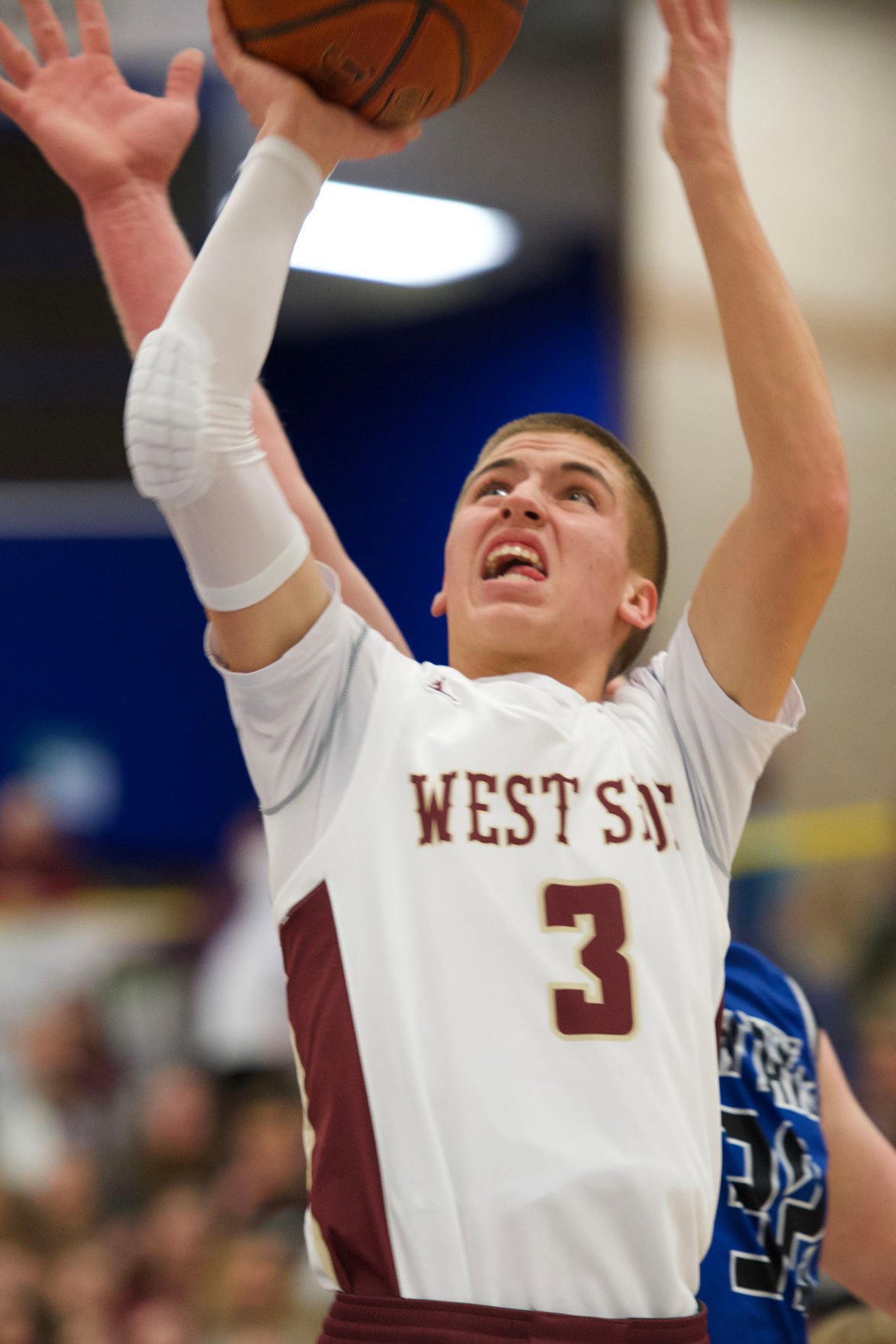 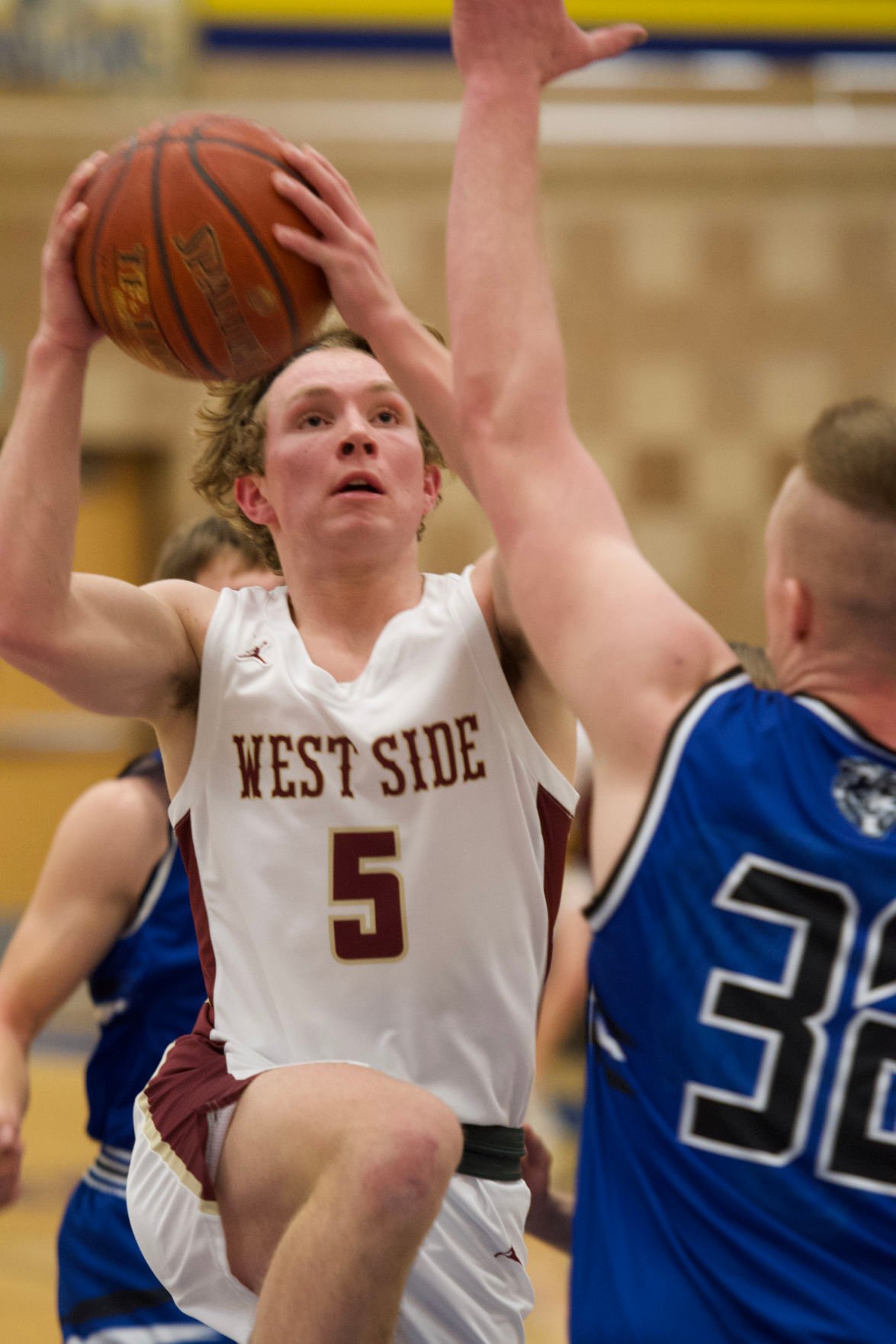 Parker Henderson with a tough bucket in the paint. 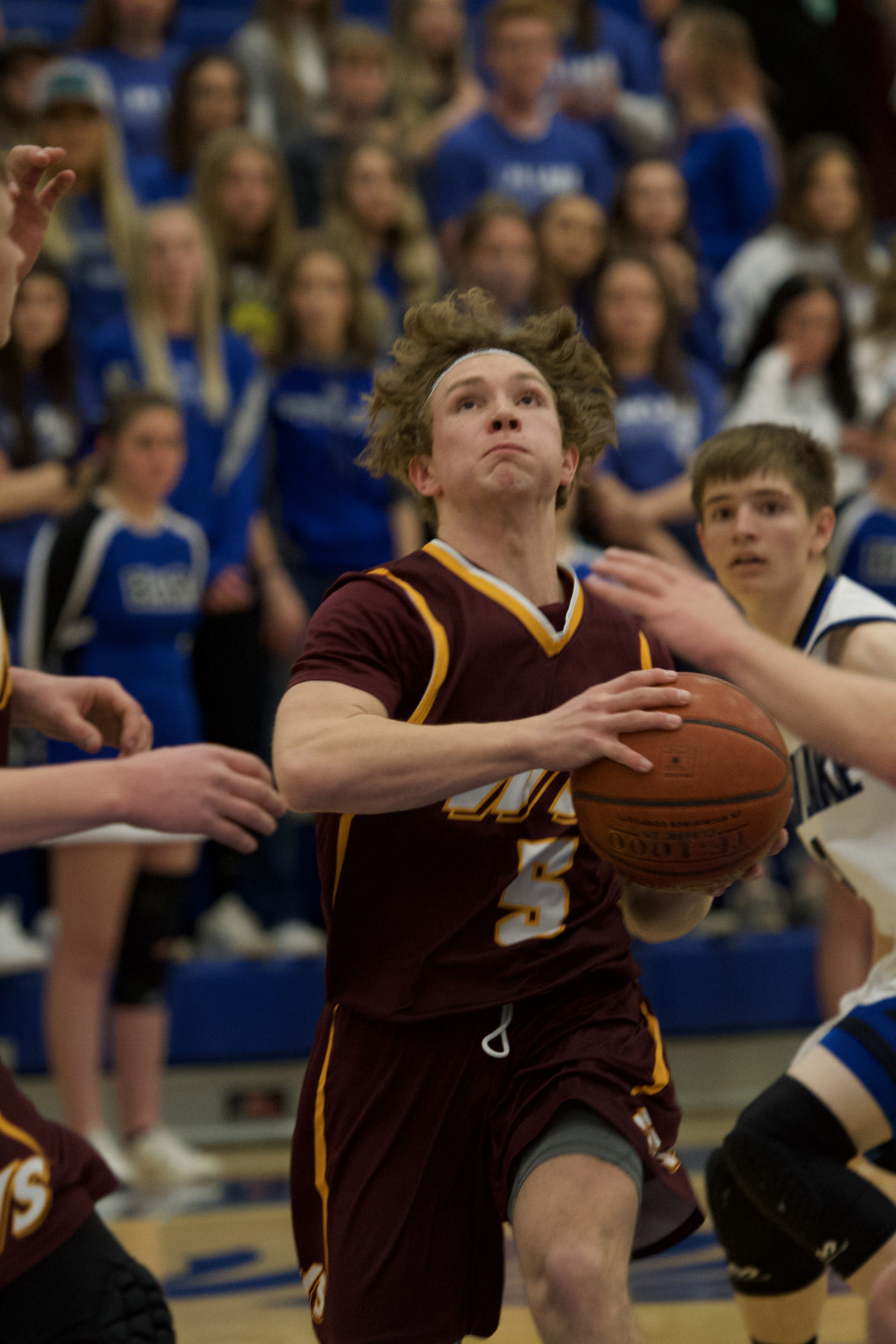 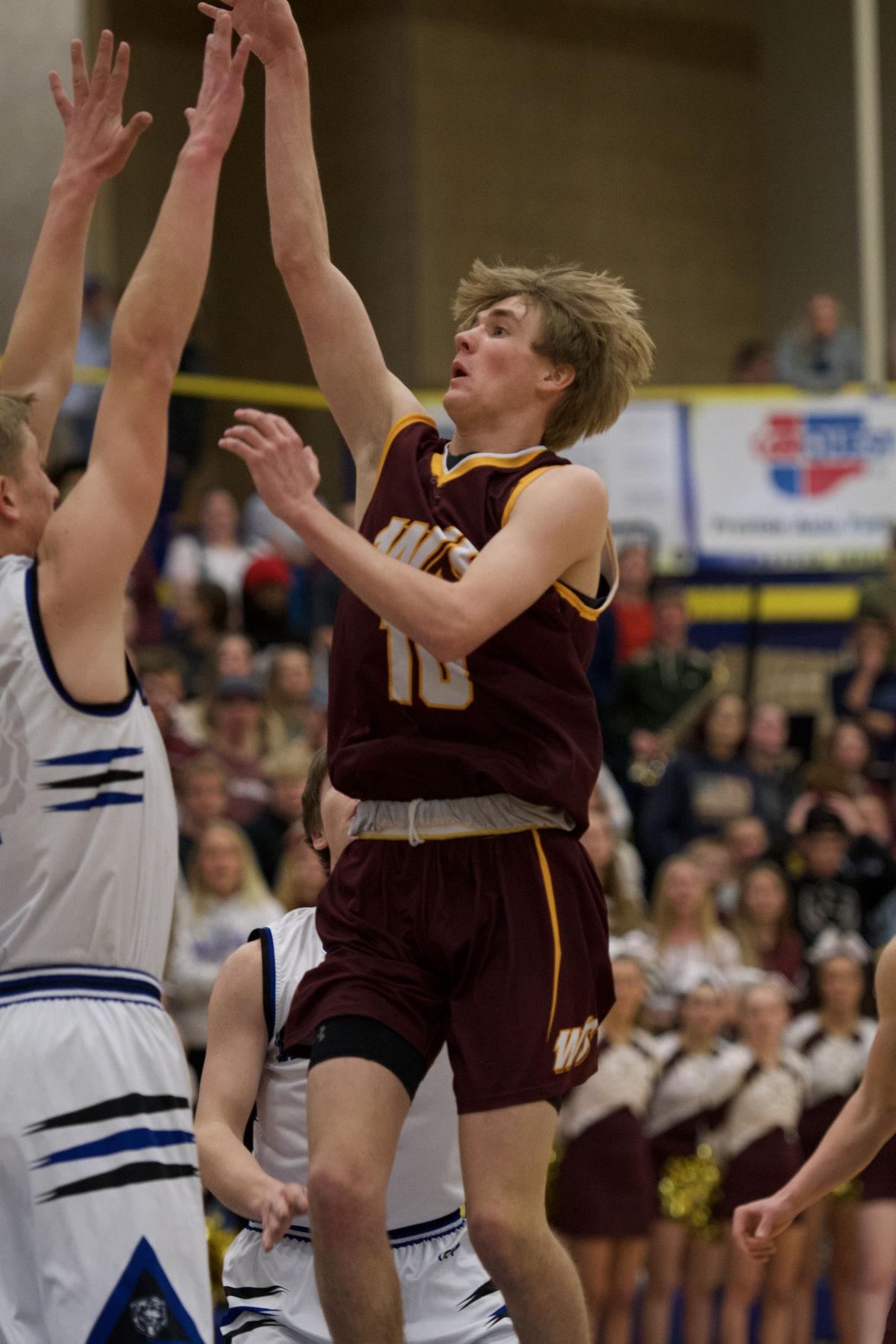 Blaize Brown with a floater in the paint. 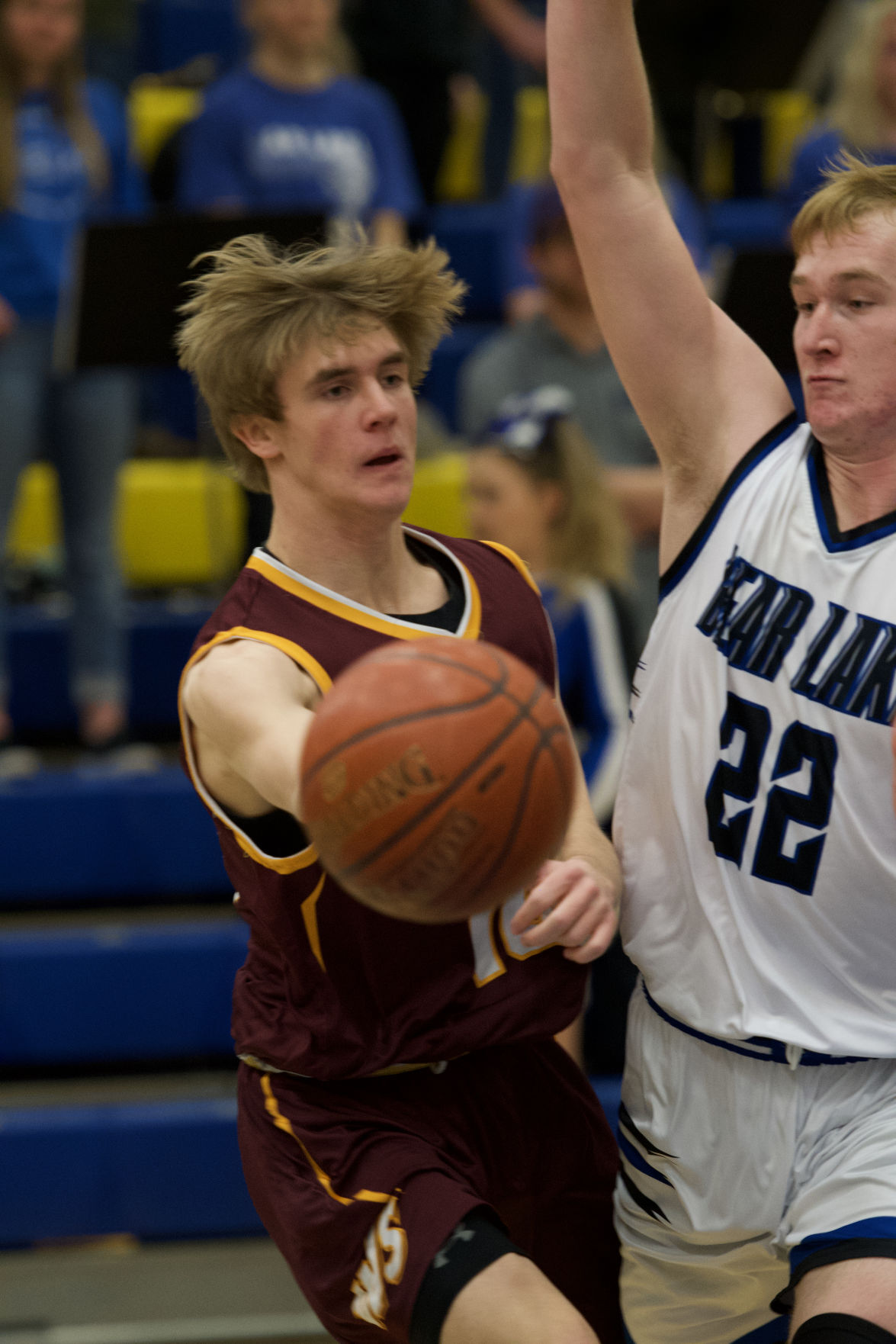 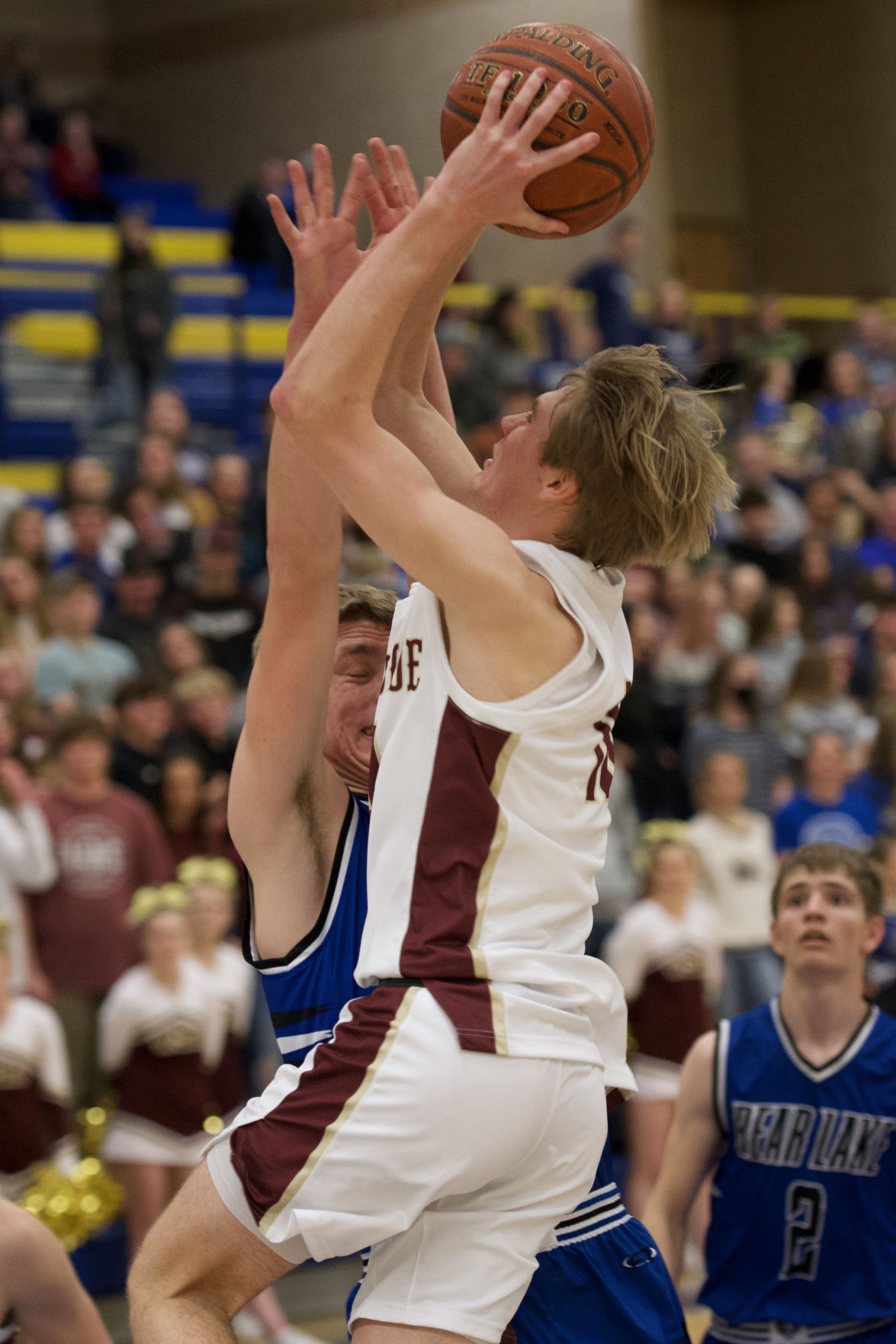 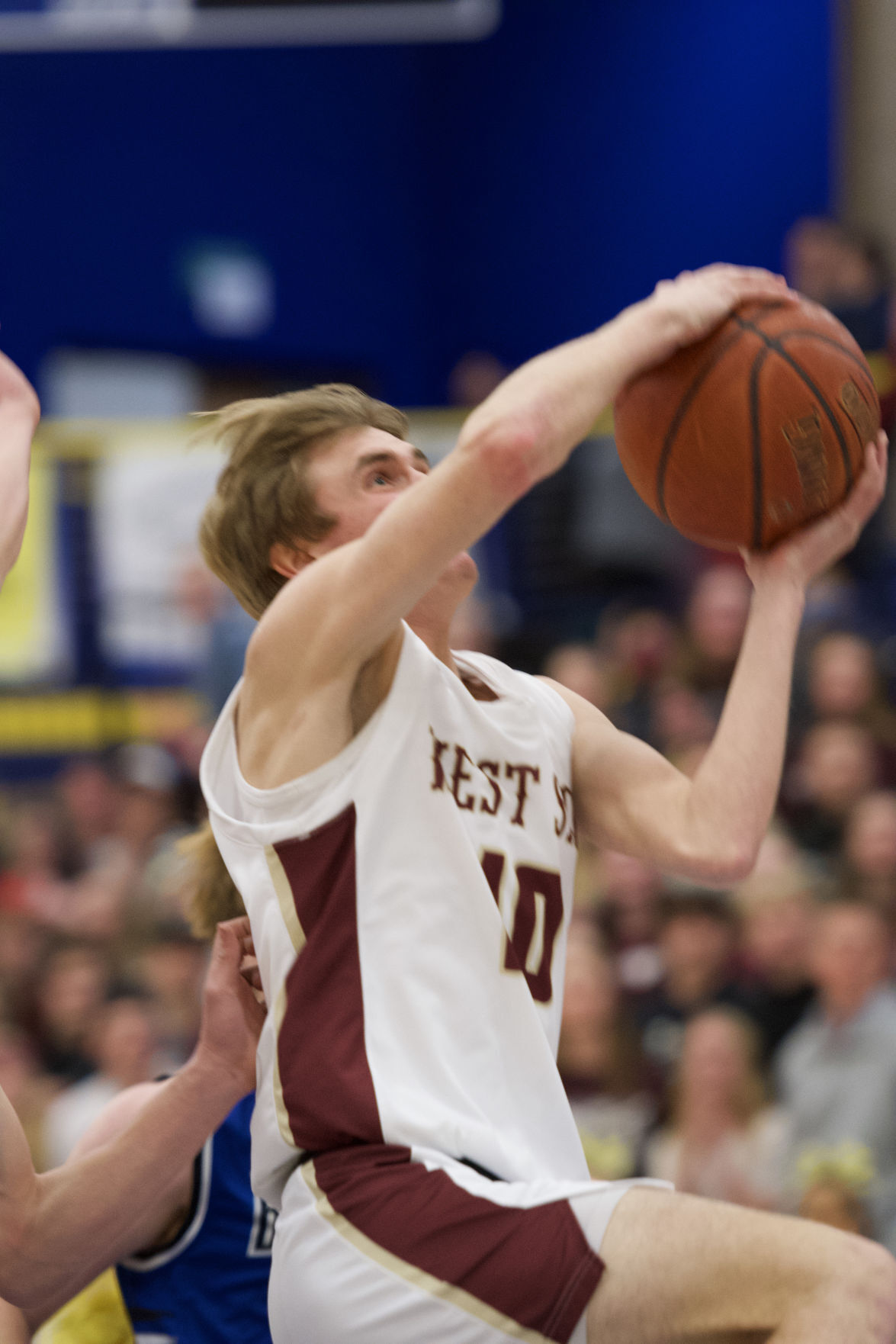 Blaize Brown breaks to the bucket.

Parker Henderson with a tough bucket in the paint.

Blaize Brown with a floater in the paint.

Blaize Brown breaks to the bucket.

The West Side Pirates will begin their bid for the State 2A Basketball Championship on Thursday at 12 p.m. at Eagle High School against North Fremont, which edged WS in at state a year ago. They’ll be doing so as a more humble team than they were a week ago.

West Side had two chances to win its third straight 2A Fifth District Tournament last week, but Bear Lake beat the Pirates Thursday 40-37 to force a true championship game, and then rallied past the Pirates 54-50 on Friday. Both games were contested at Preston High School.

“We had our chances,” “Bear Lake made plays when they needed to.”

That was on Friday. The day before, West Side faced a 12-point deficit midway through the fourth quarter, but came storming back with a 13-1 run, only to see Bear Lake’s Brady Shaul bank in a 35-footer with two ticks left on the clock. It was a wild 40-37 victory for the Bears.

It was a stark contrast from West Side’s 71-46 victory over Bear Lake a week ago. The top-seeded Pirates knocked down 10 3-pointers in that contest, but went 2 for 20 on shots beyond the arc during the first three quarters of Thursday’s showdown.

The second-seeded Bears also struggled from the perimeter for the lion’s share of the contest, but drained four big treys in the second half.

Simply put, West Side had a difficult time figuring out how to attack Bear Lake’s active matchup zone. The Pirates did get a handful of easy layups Thursday, but also turned the ball over several times and only got to the free throw line once.

And Shurtliff buried two contested 3-balls during the final 27 seconds of the fourth quarter and West Side went 4 of 7 from the 3-point range during the quarter.

Bear Lake shut down Shurtliff in the opening half, but arguably the best player in the 2A classification heated up late. The junior scored all 11 of his points after halftime, including nine in the fourth quarter.

Lemmon scored seven of his 10 points in the second half for West Side, and nine points from Brentan Noreen. The Pirates netted 16 points in the final quarter after only managing six, seven and eight, respectively, in the first three quarters.

Bear Lake is still the only 2A team to emerge victorious against the Pirates so far.