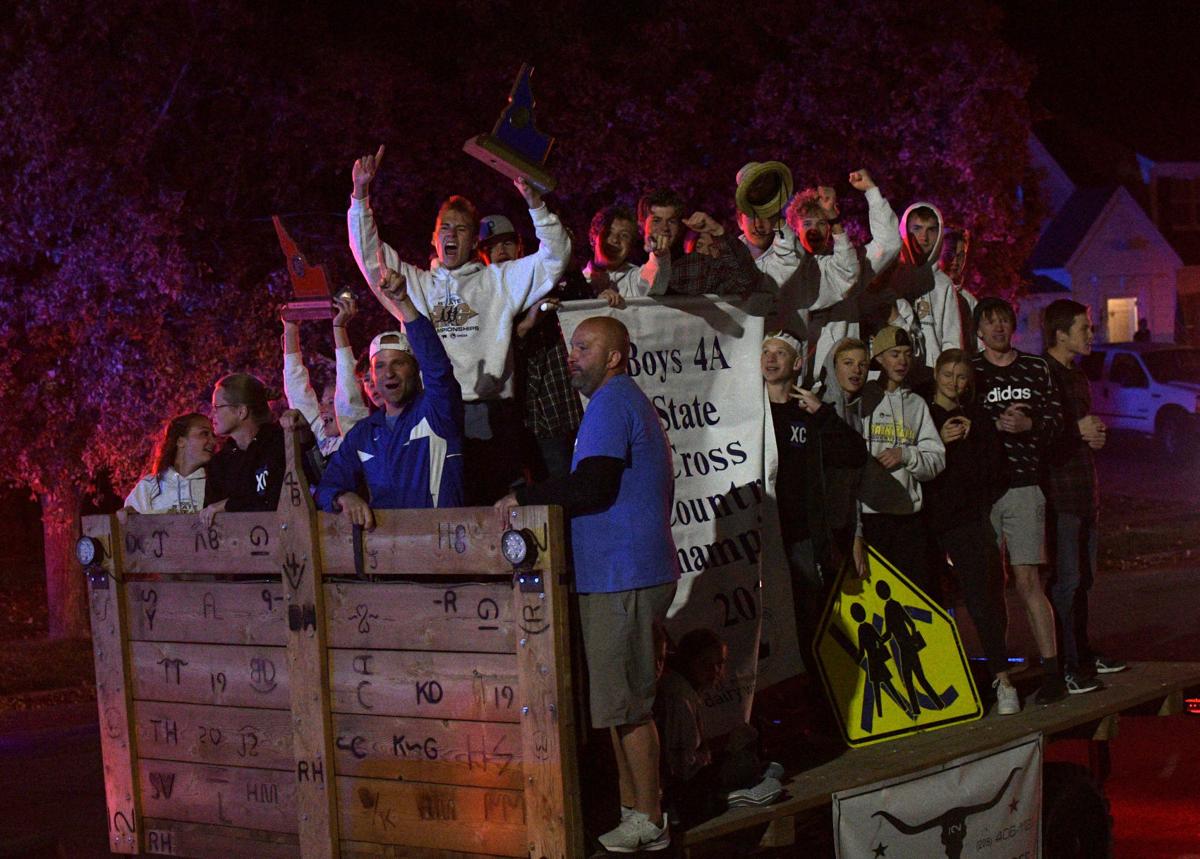 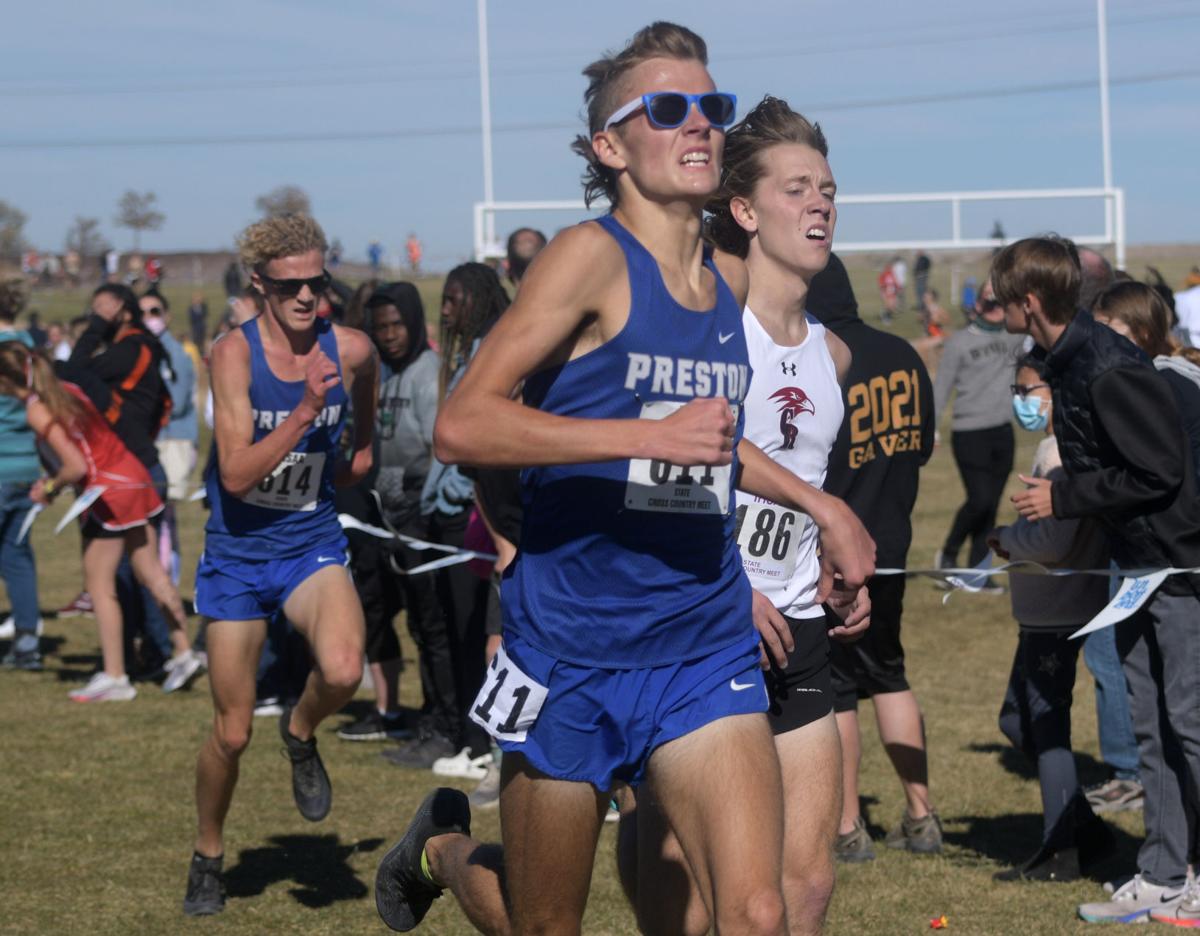 Sam Jeppsen passes up Eddison Leffler and Ryker Holtzen of Canyon Ridge in the final yards of the 4A State cross-country meet. 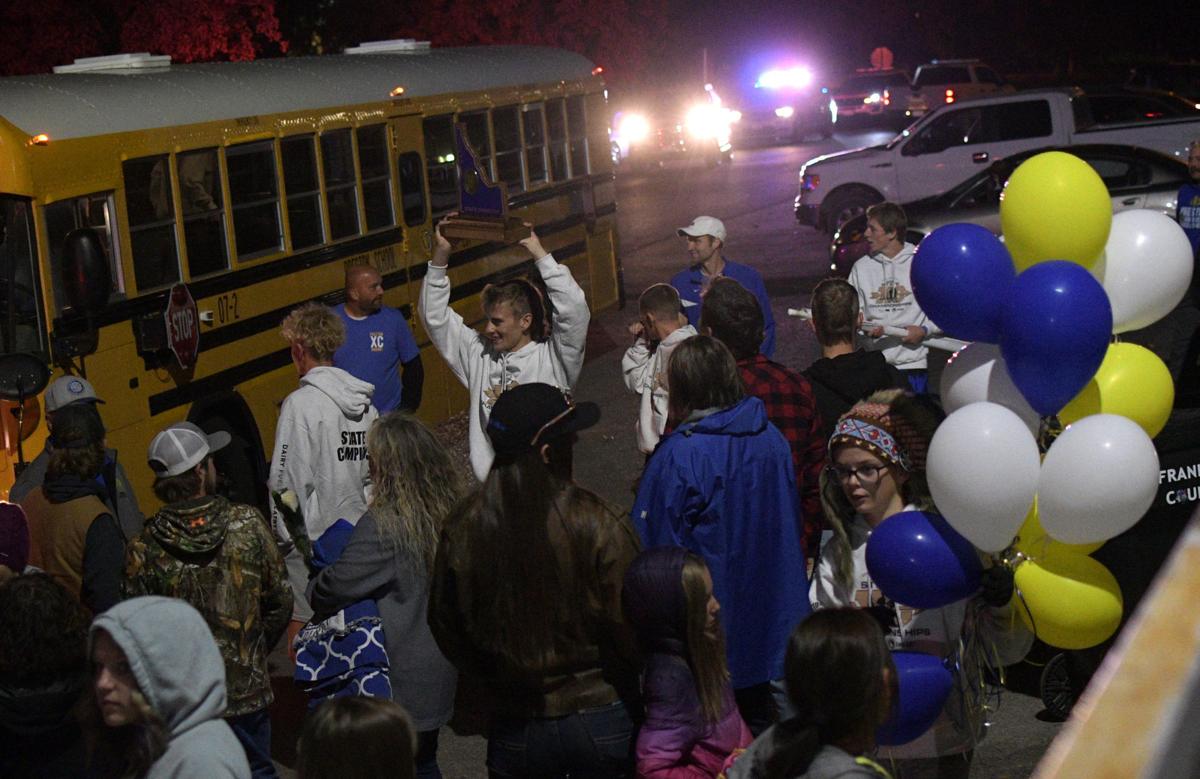 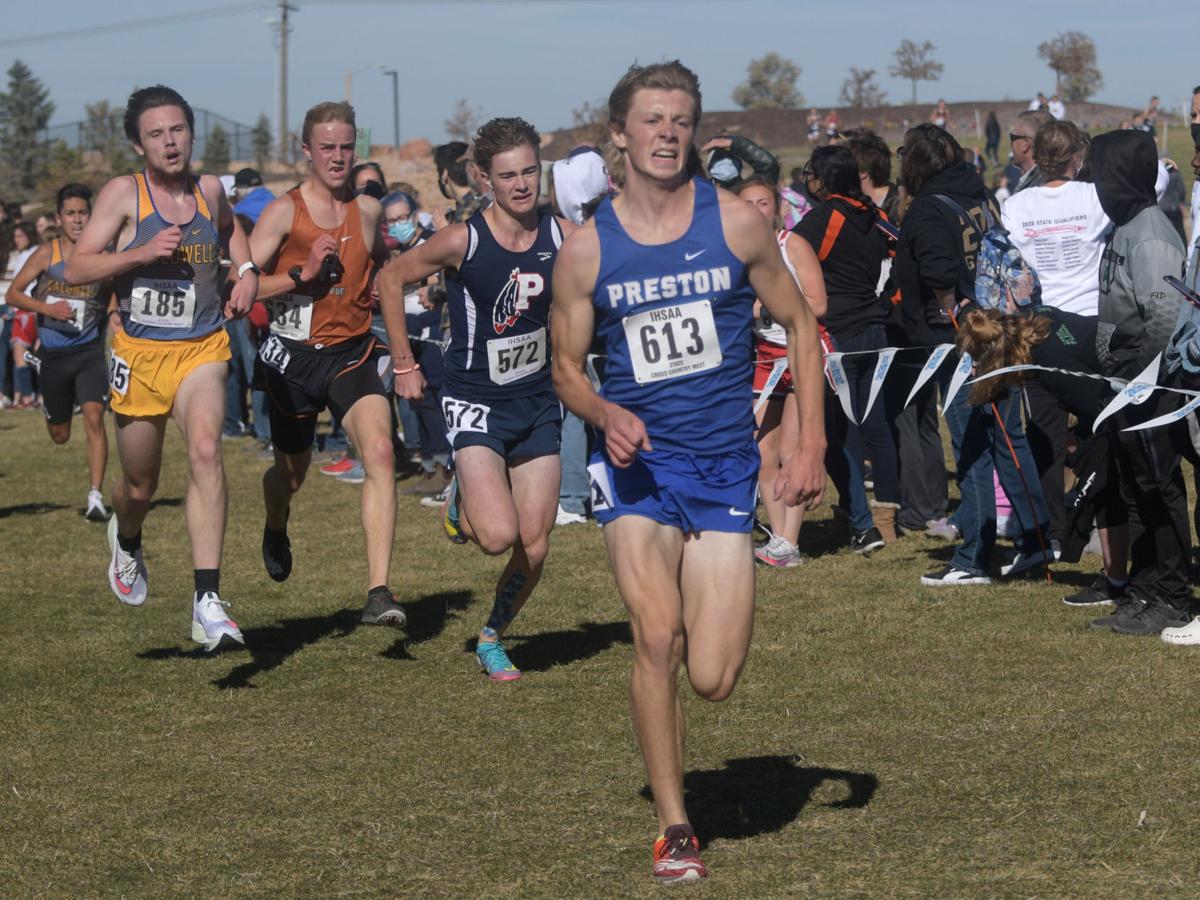 Dawson Leffler makes his move at the finish line. 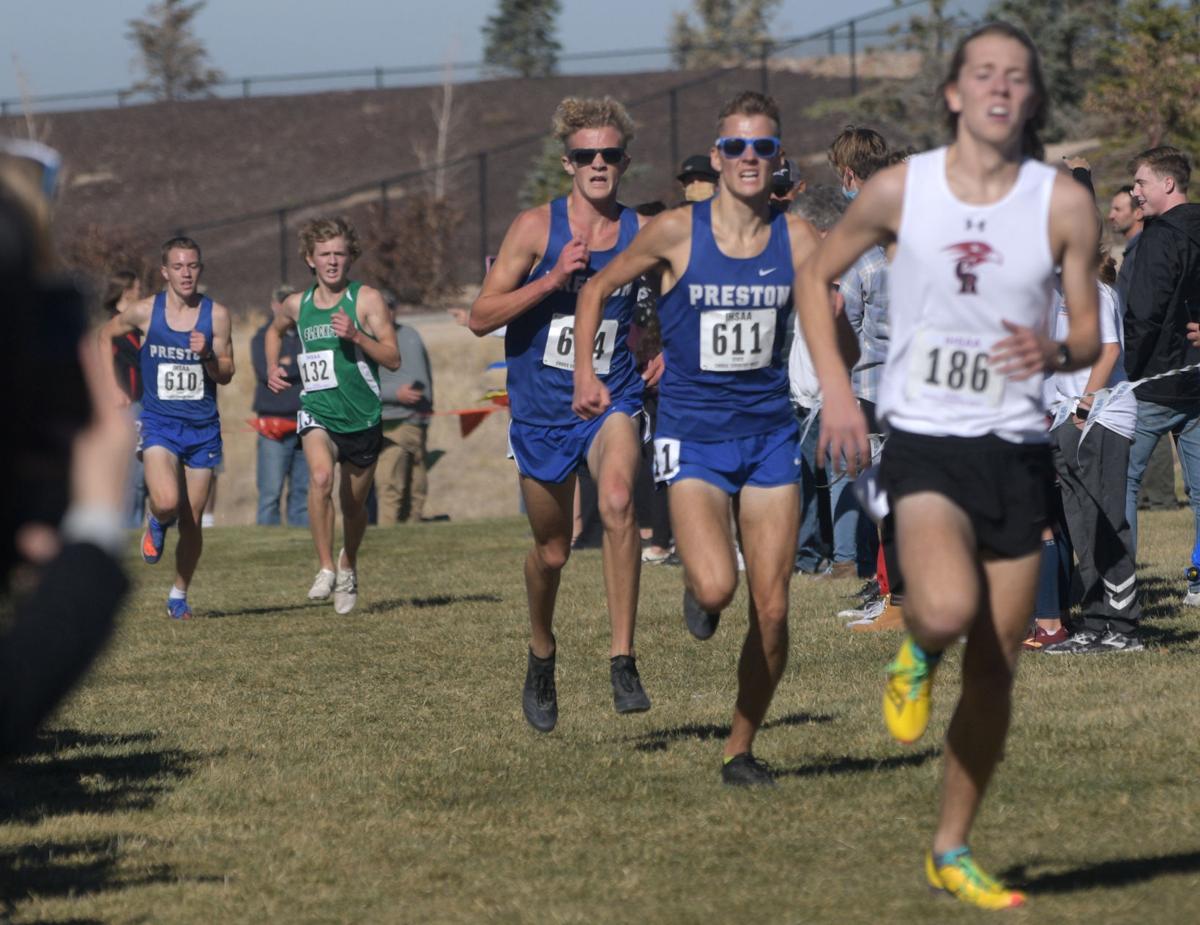 Sam Jeppsen pushes past Eddison Leffler and catches Ryker Holtzen of Canyon Ridge in the final yards of the 4A State  cross-country meet.

Sam Jeppsen passes up Eddison Leffler and Ryker Holtzen of Canyon Ridge in the final yards of the 4A State cross-country meet.

Dawson Leffler makes his move at the finish line.

Sam Jeppsen pushes past Eddison Leffler and catches Ryker Holtzen of Canyon Ridge in the final yards of the 4A State  cross-country meet.

The Preston boys fulfilled a dream many years in the making last week when they won the 4A State cross-country title for the first time since 2007. After being second in 2008, 2011, 2018 and 2019, everything they have done to prepare was worth it.

The Indians placed three athletes in the top 10, and all five of their scoring runners in the top 25, to top Pocatello 49-66. Blackfoot finished third with 89 points.

“It was a memorable season for sure,” said Coach Tyler Jones. “Just extremely proud of the kids — both boys and girls for their hard work and the time they put into it. They put in a ton of miles. The boys’ pack time was 40 seconds, which was a season best. Sam Jeppsen was an all-state performer for the third straight year. Edison Leffler was all-state for the second straight year and Garrett Hale and Dawson Leffler were all-state performers this year.”

Though it wasn’t his best race, Sam Jeppsen led the team, passing up Eddison Leffler in the final yards for a fifth place finish at 16:06.82. Leffler took sixth, less than a second behind, with 16:07.34.

“It wasn’t his best day individually but there was a point halfway through the race where he was 10th and starting to struggle, you could tell,” said Coach Tyler Jones. “But you know, he stepped up and he hung in there and battled like he has all four years, and to get fifth still was big for our team.”

Had he been able to match his time from last season, Sam Jeppsen would’ve have also had a first place medal to bring home but when asked which he would rather have, Jeppsen emphatically stated, “This! I would rather have this trophy and banner with the team than a medal.” This speaks for the sense of unity the team feels. When they say, “We are family!” they mean it. They are not just empty words.

“I could tell early it wasn’t going to be like I wanted,” Jeppsen said of his performance. “But I wasn’t worried. I just had a feeling we had it. My team had my back.”

“It takes all of them,” said Jones. “They needed to do their job and I am just proud of them after being so close the last couple years, to see their work pay off. Today was a great way to see them end the season.”

“I wanted to thank my assistant coaches, Carson Campbell, Derek Bailey, and Emily Jones for all their time and effort,” said Jones, “as well as the parents and administration for all of their support. Thanks for everything.”