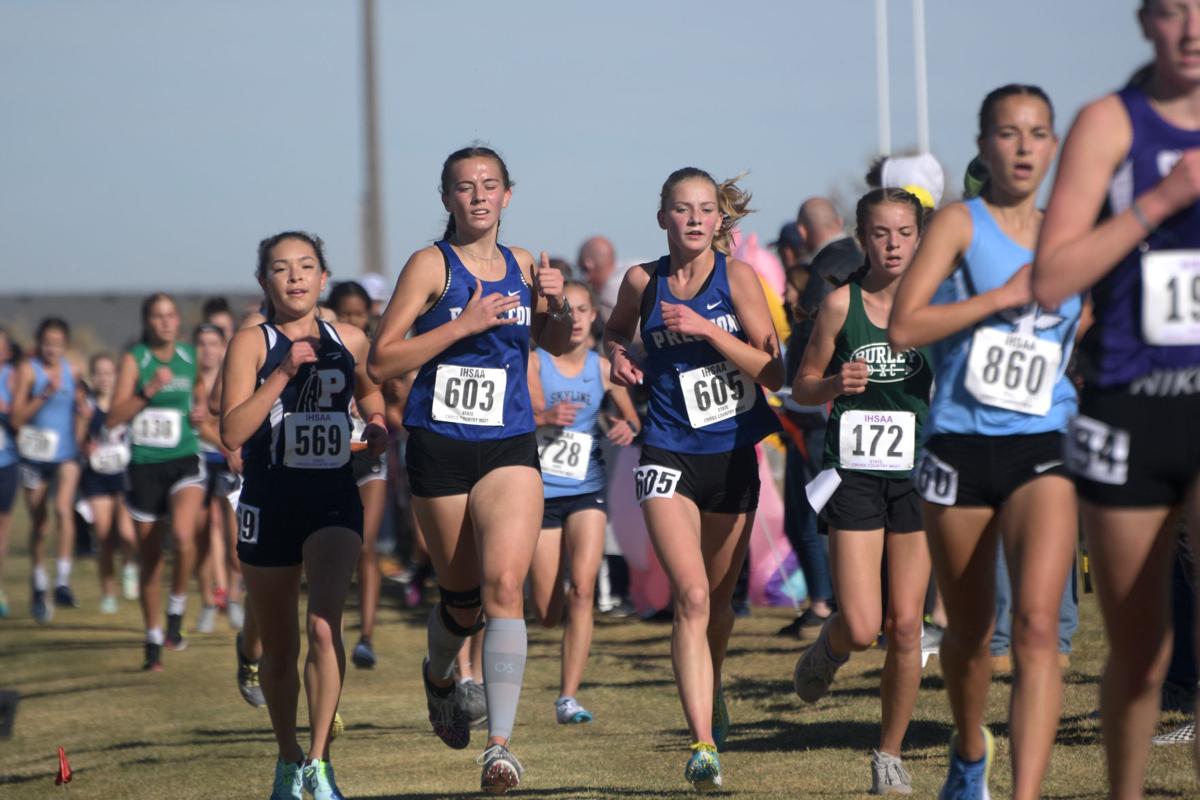 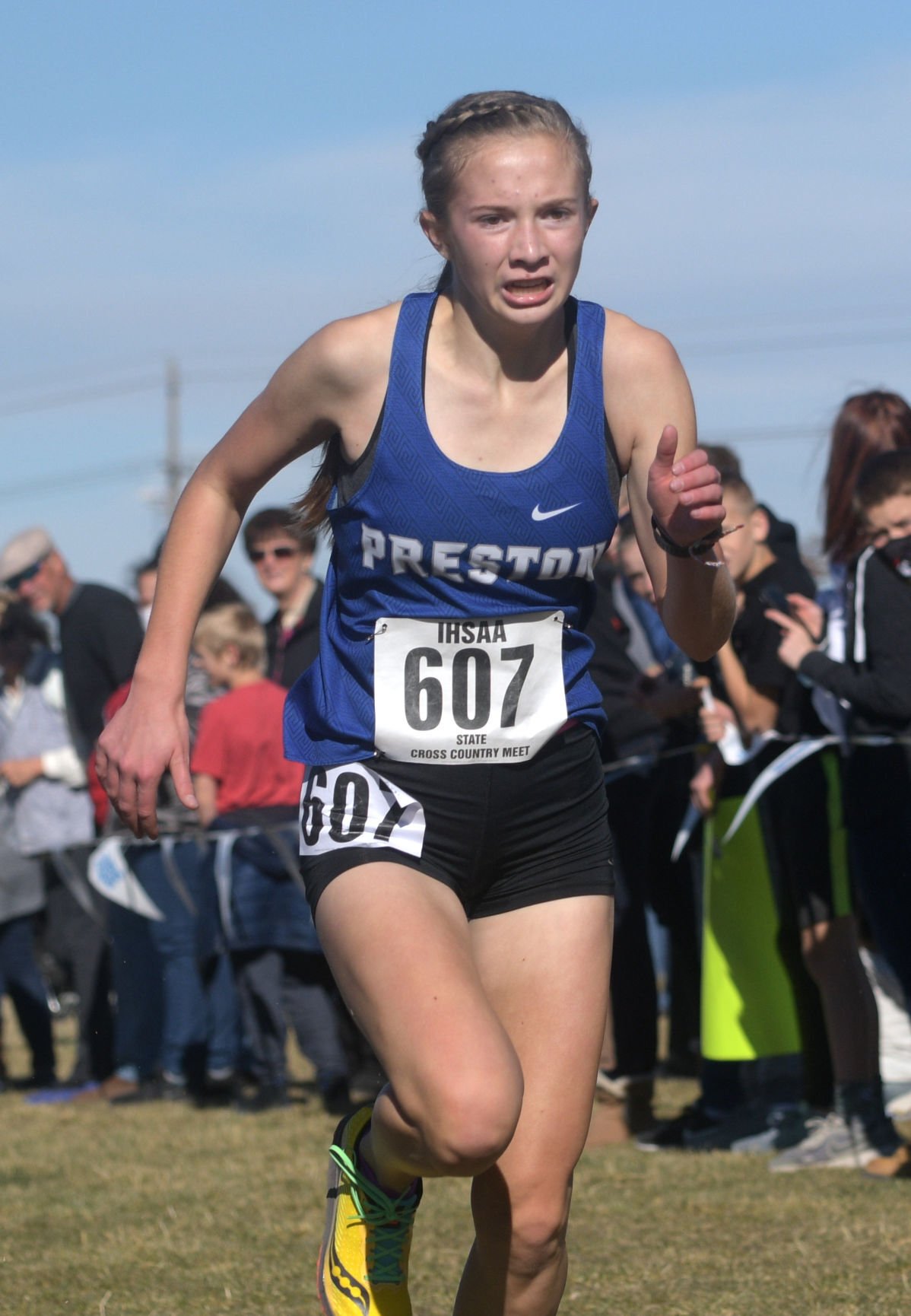 Angelie Scott powers across the finish line at the 4A State cross-country meet. 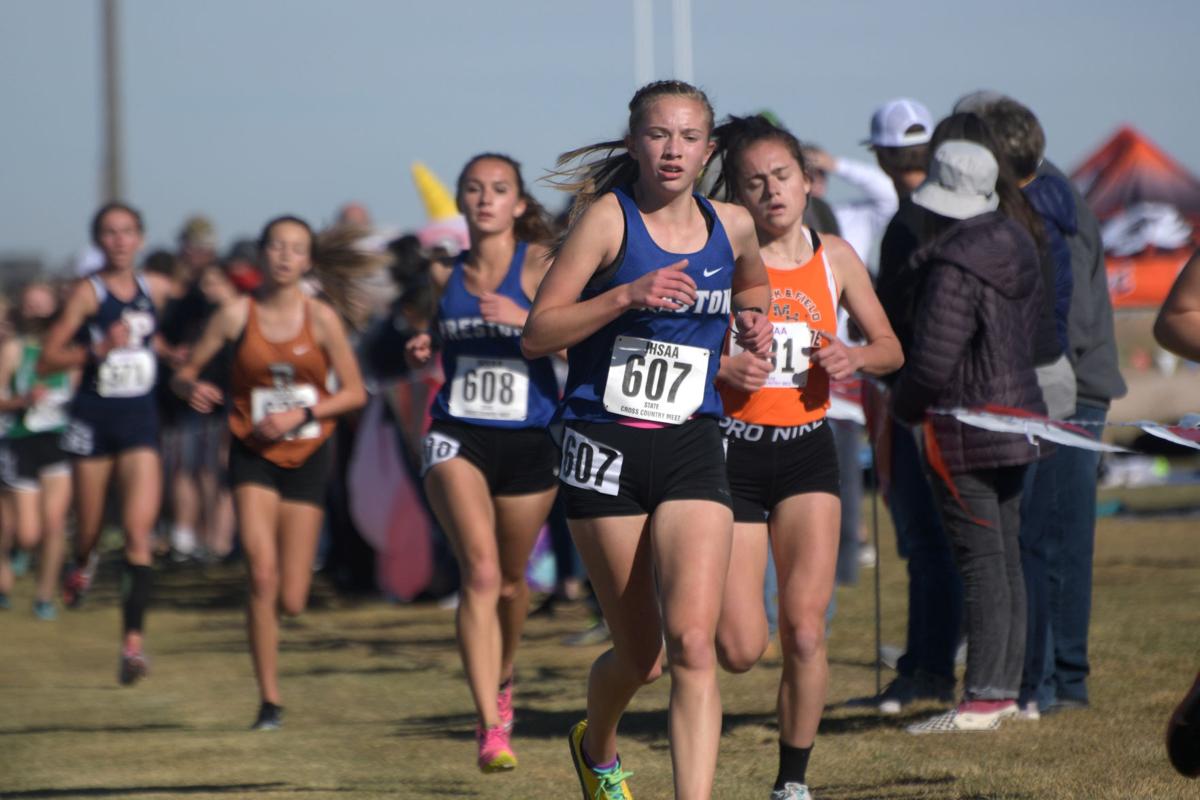 Angelie Scott powers across the finish line at the 4A State cross-country meet.

The Preston girls had a great day at the 4A State cross-country meet in Pocatello on Oct. 30. They finished second overall as a team with 67 points, nearly beating out Skyline for first at 62. Pocatello was third with 90 and Bonneville a distant fourth at 120.

The girls’ last state championship in cross country was 2008. Since then they have finished second in 2010, 2012, 2013, 2016, and this year. They made significant improvement over last year’s seventh place finish.

The team is very young with four freshmen, one sophomore, one junior and one senior. Without standout Andie Bell who was unable to do both soccer and cross-country this season due to injury, there was some question as to how far the girls would go at the beginning of the season. They proved beyond any doubt that they are a force to be reckoned with in their own right and all five scoring runners will return next season.

Angelie Scott, McKinley Scott, Maren Leffler, and Elly Jeppsen were all all-state performers this year,” said Coach Tyler Jones. “All seven of the girls ran their season best times at the state meet; their pack time was 46 seconds. We are excited for such a tremendous season and are proud of the kids. We’re excited for the future and a great season and happy for these kids. We’re hoping to keep it going for sure.”