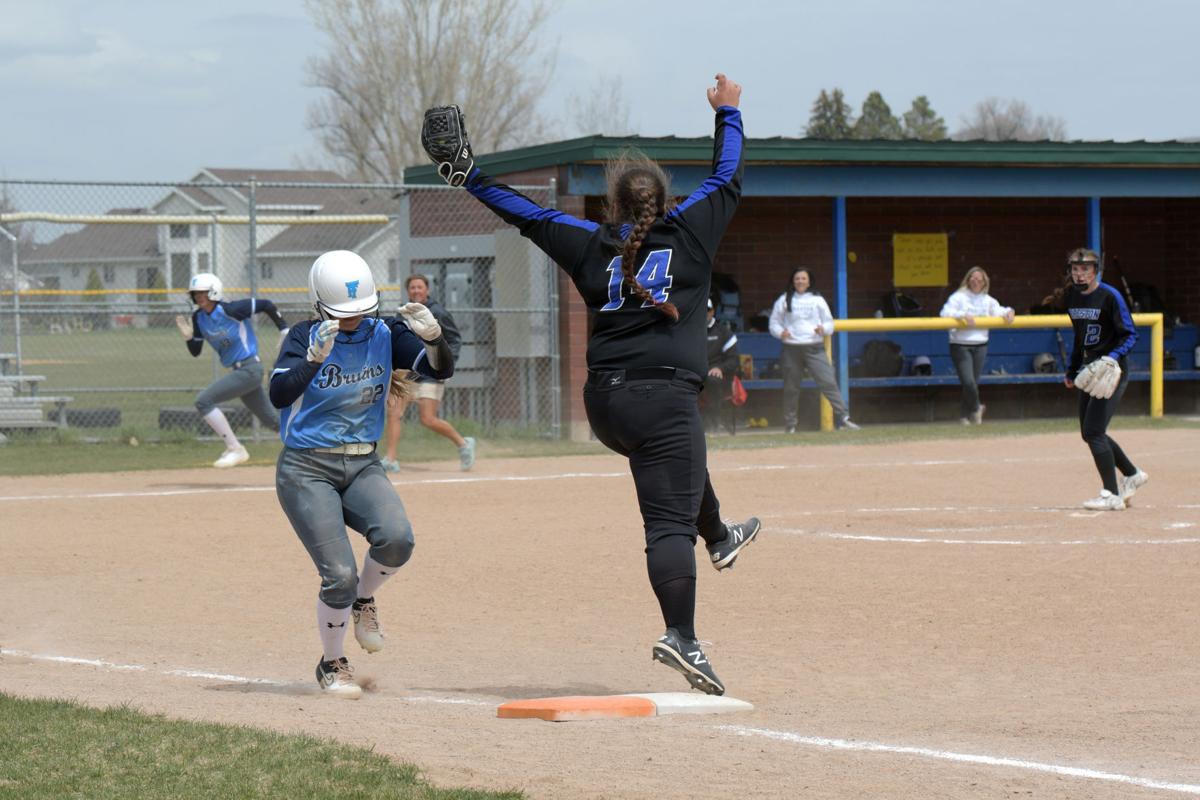 Charlie Bair jumps for an out at first. 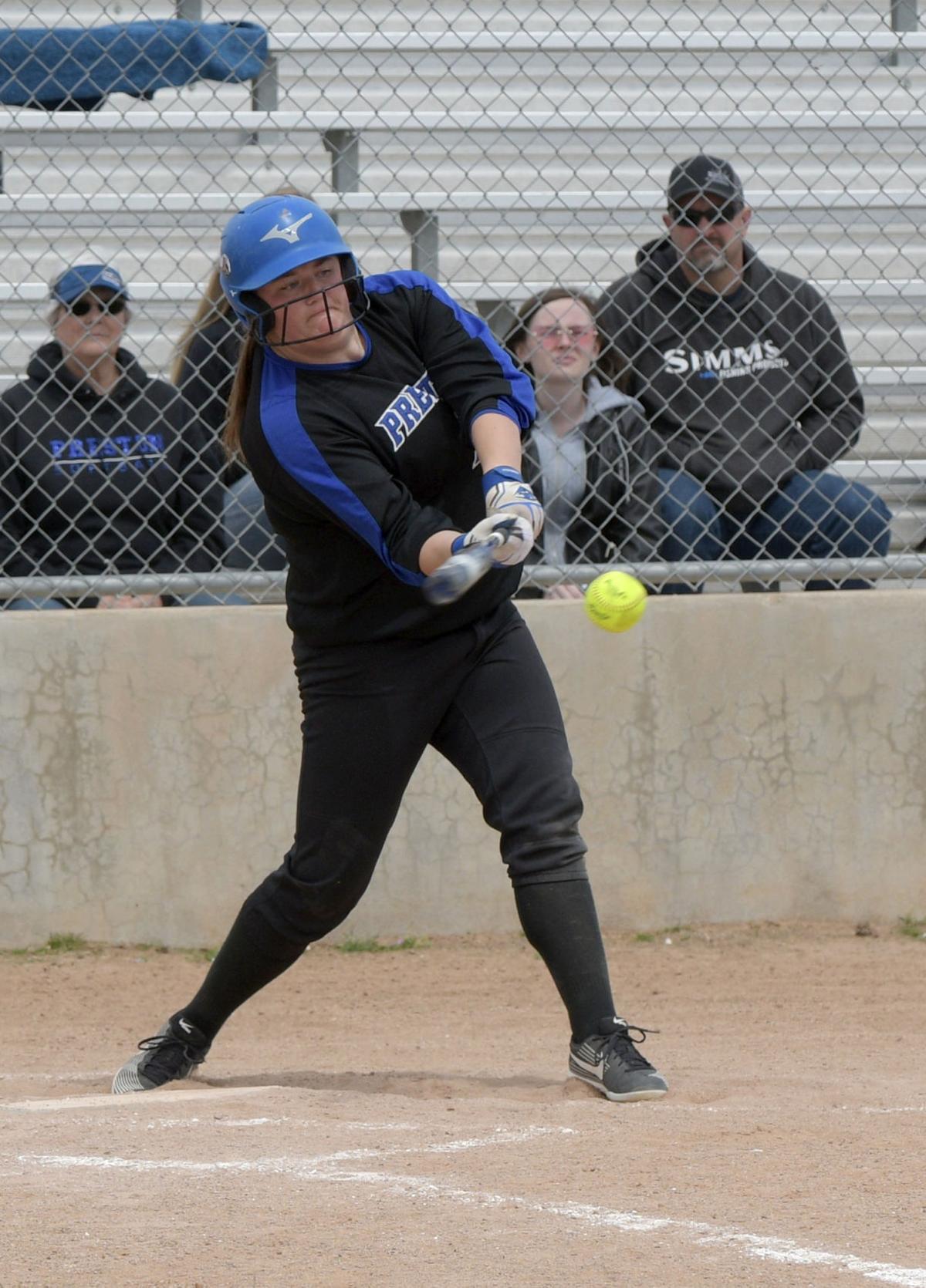 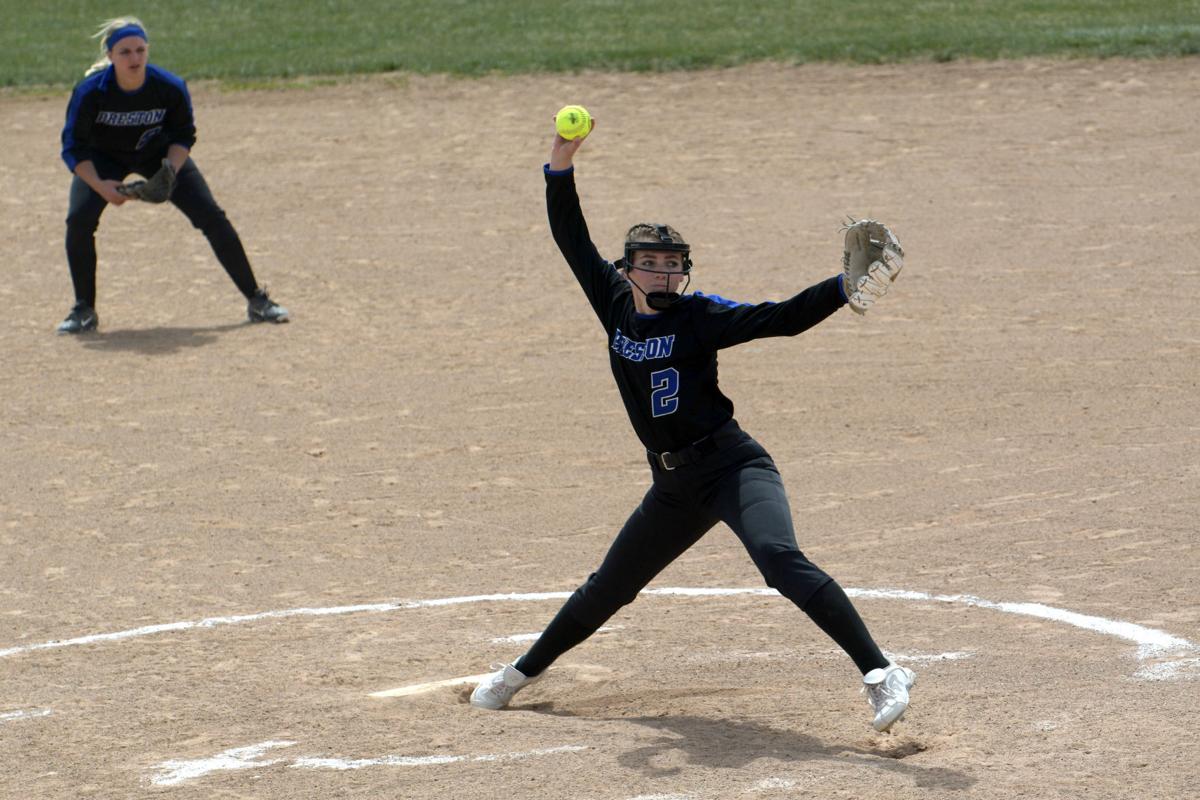 Jaycee Larsen pitches a complete game in the opener against Twin Falls. 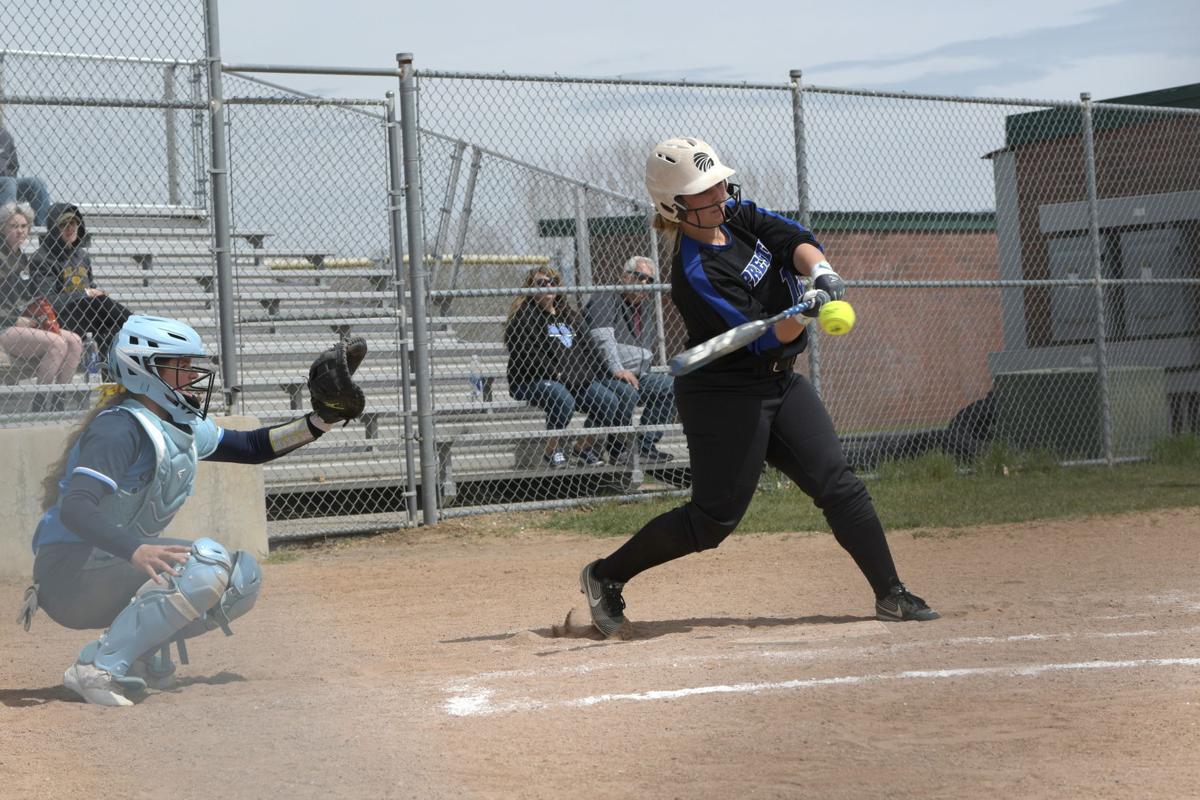 Charlie Bair jumps for an out at first.

Jaycee Larsen pitches a complete game in the opener against Twin Falls.

The Preston girls are on the road this week with a doubleheader in Blackfoot on Thursday, April 29, at 3:30 p.m. and a conference game against Pocatello on Tuesday, May 4, at 4 p.m. Pocatello won the first two games against Preston and Blackfoot is sporting a 10-game winning streak.

The Lady Indians finished up a busy week of softball at home against Twin Falls on April 24. In both games of the doubleheader Preston kept it close until the final inning when the Bruins broke away for the win, sweeping the series.

Preston held them scoreless in the sixth, but struggled for outs in the seventh, allowing four more runs before shutting the Bruins down. Though they had a last chance to rally in the bottom of the inning, it was not to be and Preston lost 5-8.

In Pocatello, on April 23, the Indians split a double header with Century. Despite two hits, two runs, an RBI and a home run by Megan Johnson, and a double from Khloe Hobson, Preston couldn’t get much done at the plate, and lost 2-12 in six innings.

Kendall Keller went the distance in the circle, striking out seven.

In the nightcap their bats came alive. Four runs in the first inning and four more in the second gave Preston an 8-0 lead. The Diamondbacks rallied, plating two runs in the fourth and three in the sixth, but it was not enough. The Indians added one more in both the fourth and sixth innings to win, 10-6.

Preston took a little time to get their bats going but finished with a 7-1 victory over Bear Lake, at home, on April 21. Charly Bair had three hits including a home run, and Khloe Hobson and Megan Johnson recorded doubles.

Leading just 2-1 at the top of the fifth inning, Preston scored twice and added three more runs in the sixth to pull away for good.