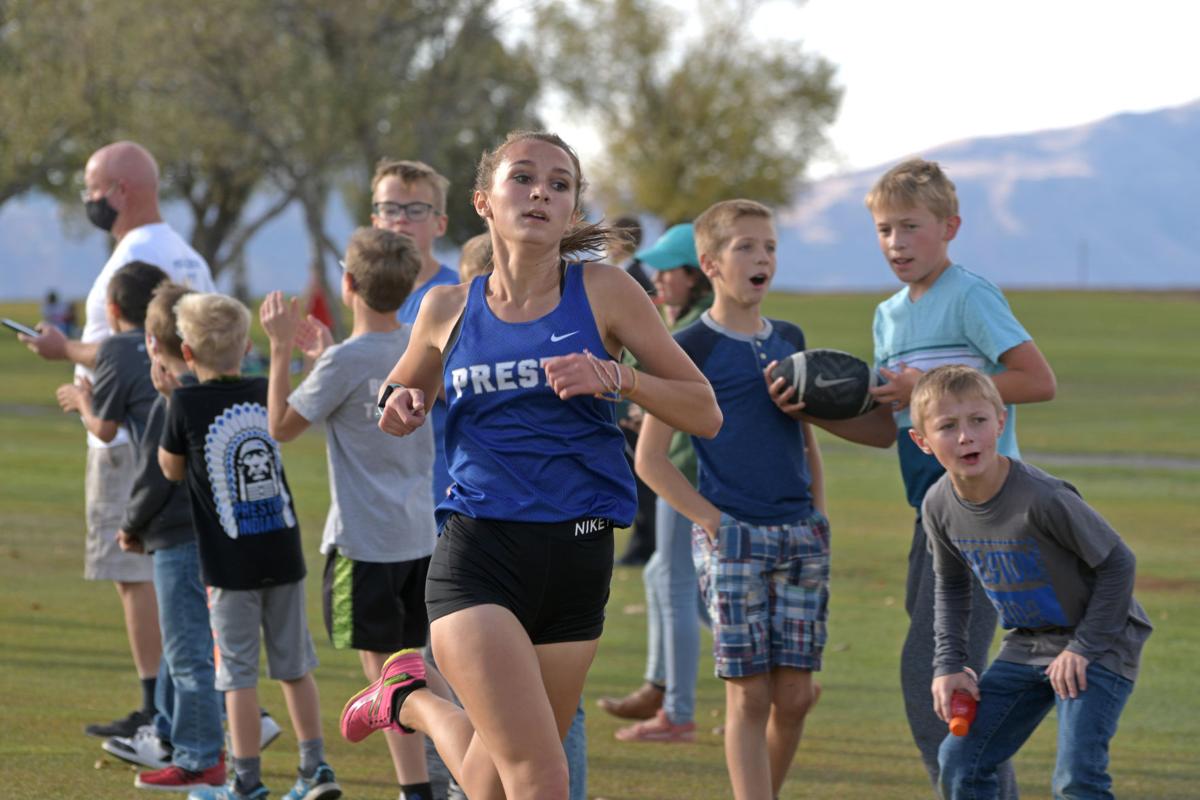 Mckinley Scott finishes second with a time of 19:49 in the recent 4A District 5 cross-country meet. 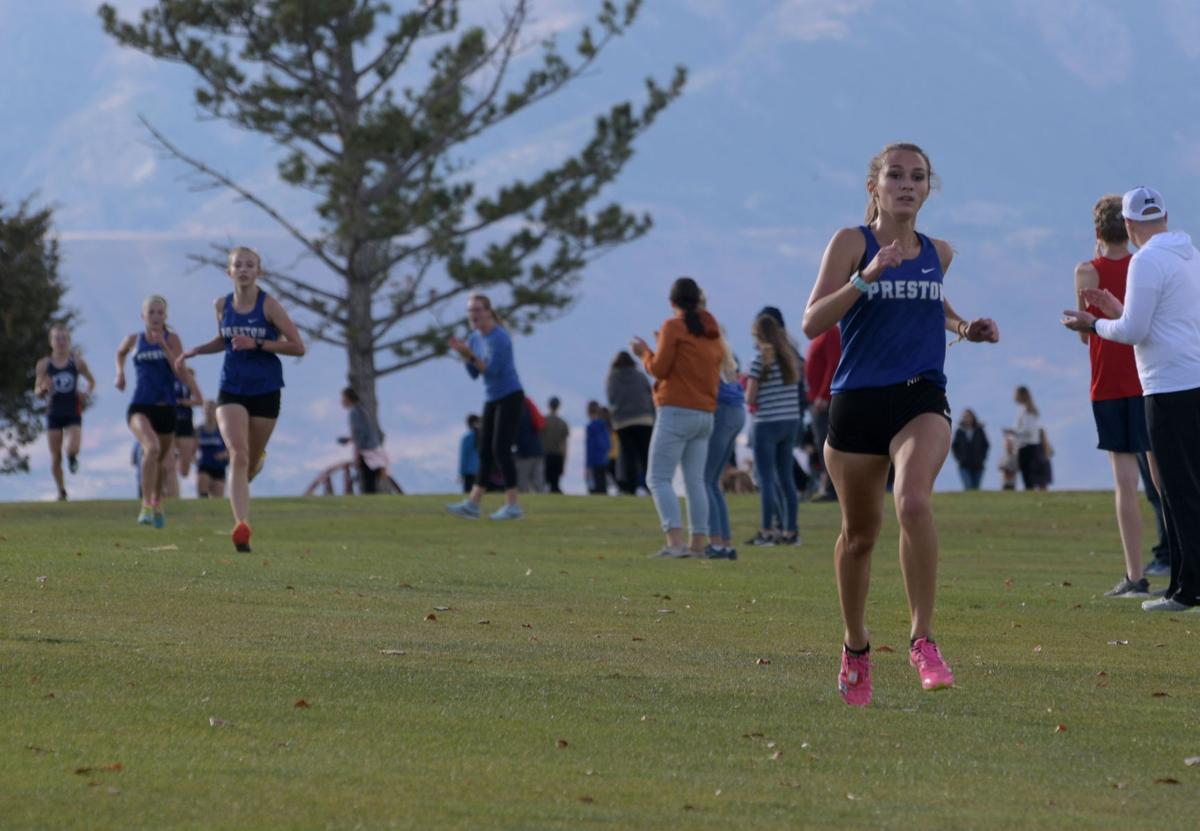 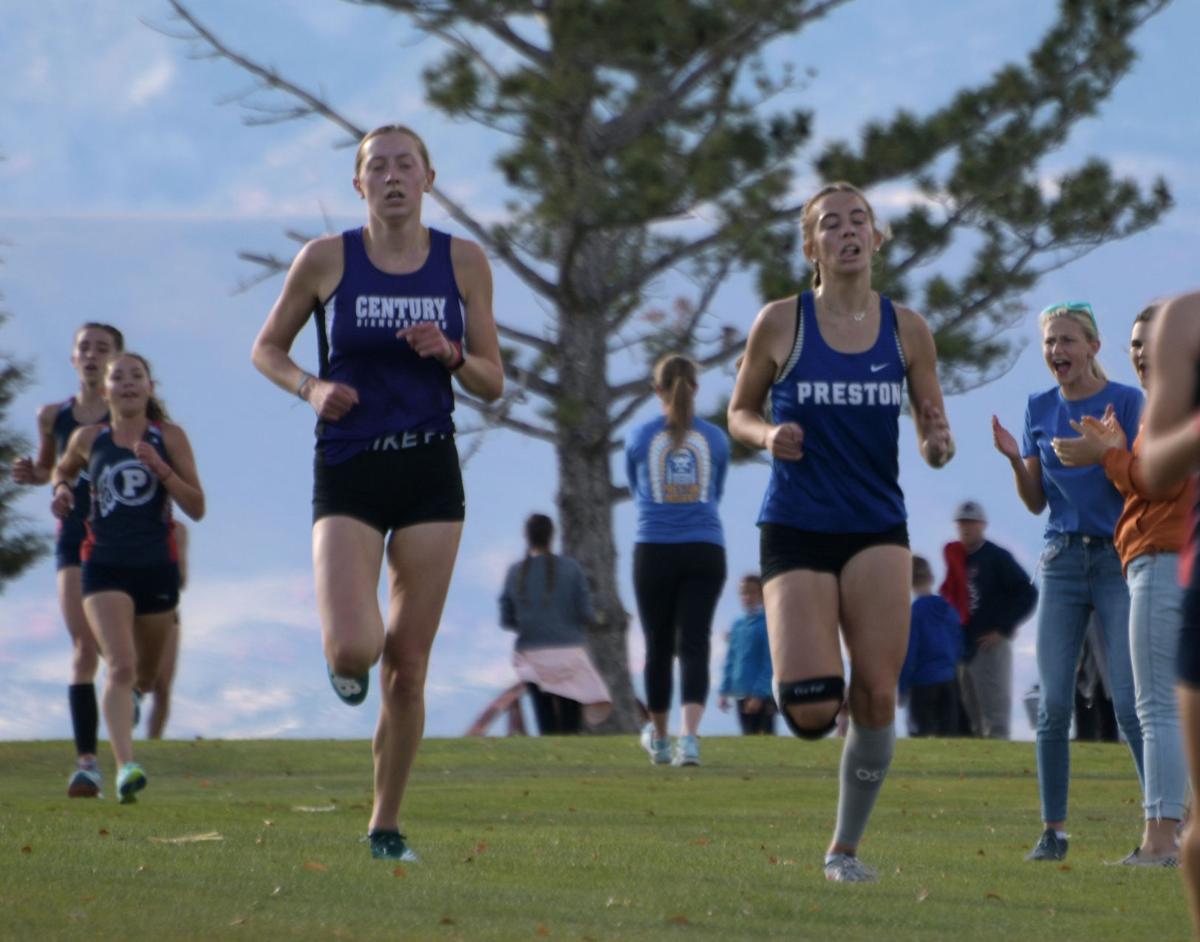 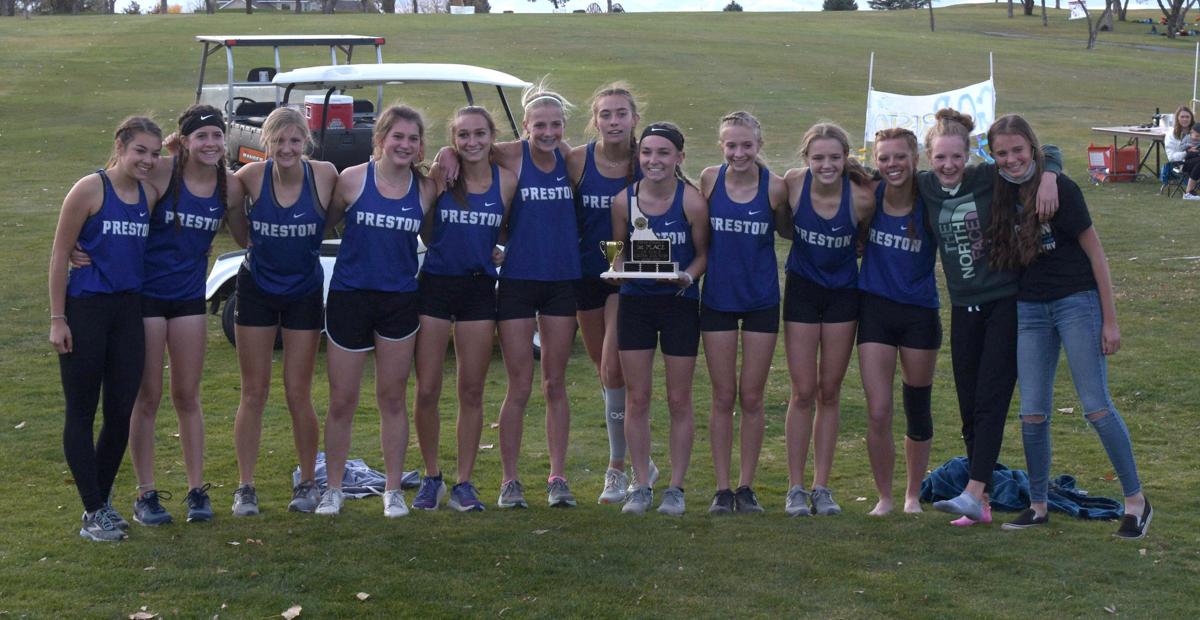 Mckinley Scott finishes second with a time of 19:49 in the recent 4A District 5 cross-country meet.

Though the Preston girls won the title in 2016, Oct. 21 was the first time since 2011 they have shared that honor with the boys team. They join the boys this year in competing as a team at the state championships in Pocatello on Friday, Oct. 30, at the Portneuf Wellness Complex. The girls will run at 11:30 a.m. Skyline is the favorite, along with Sandpoint, Bishop Kelly, Preston, and Pocatello all in the mix for a shot at trophies.

“It’s been a tremendous season for the 2020 Preston Cross Country teams,” said Coach Tyler Jones. The girls and boys have put in a ton of miles this summer and season. They have been extremely dedicated and their hard work paid off Wednesday with the girls and boys teams both winning the district championships. Both teams have shown steady improvement throughout the season and seem to be peaking at the right time.”

Seven of the top 12 spots were held by Preston, giving them a score of 25 over Pocatello who took second with 36. Century came in third with 73.

After Bailey Bird of Pocatello finished first with 19:10. Preston came up big with the next three finishers who all ran the course in under 20-minutes.

The girls are very young with only one senior, Rachel Lee, on the team this season. Junior Mckinley Scott has been the steady top runner for the girls’ team and finished third at the district meet with a time of 19:49. Scott was immediately followed by her sister, Angelie Scott (19:54), and fellow Preston teammate Maren Leffler (19:57).

Preston’s five scoring runners were only separated by 32 seconds, which is a noteworthy accomplishment.

“Our pack time today was the best it’s been all year,” Jones said. “... The girls ran awesome and, like I said, that’s their first district championship in a few years. They’re running well, too, and I think both teams next week have a shot to (capture some) trophies, and hopefully we’ll have a shot at the blue (first-place) one.”