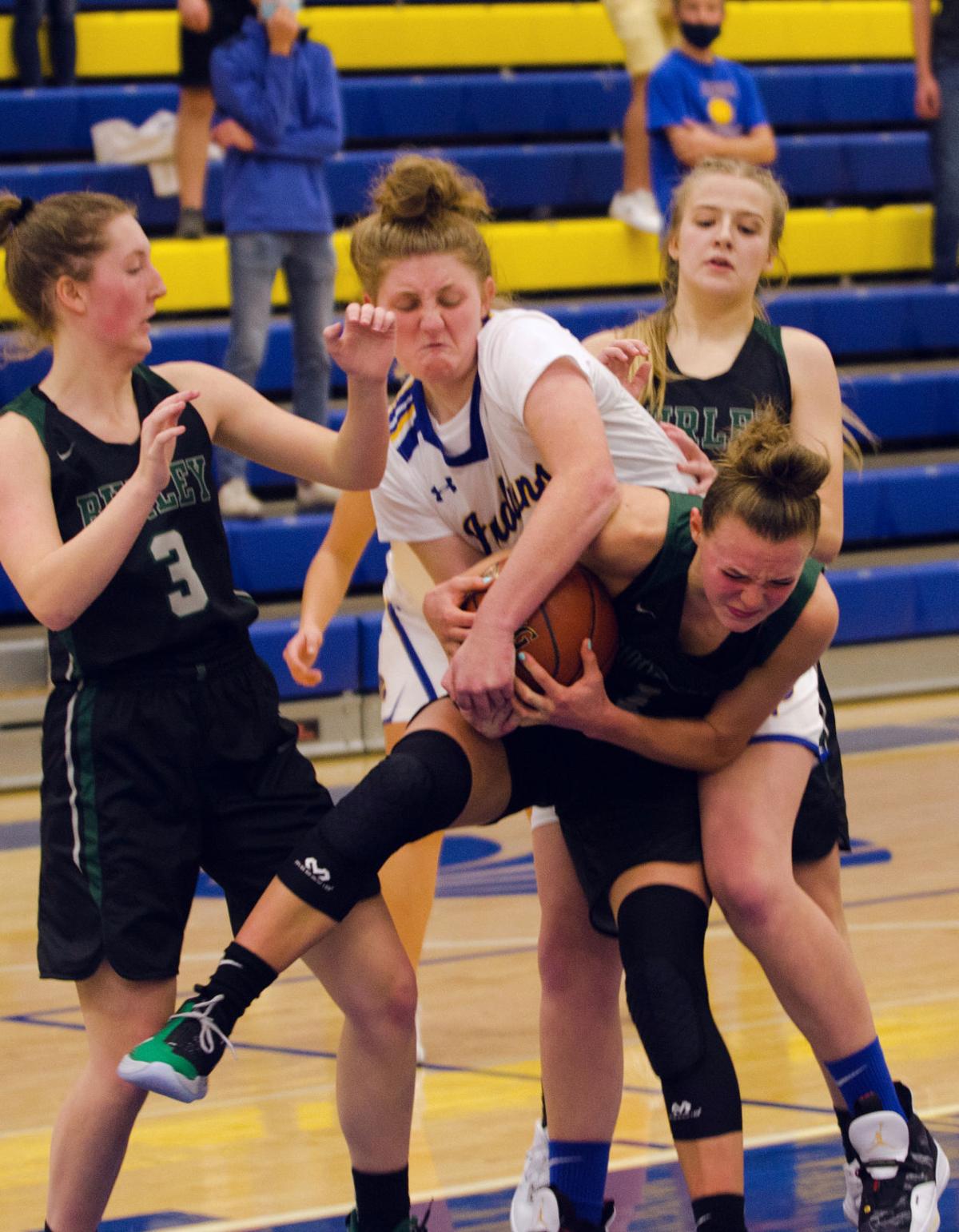 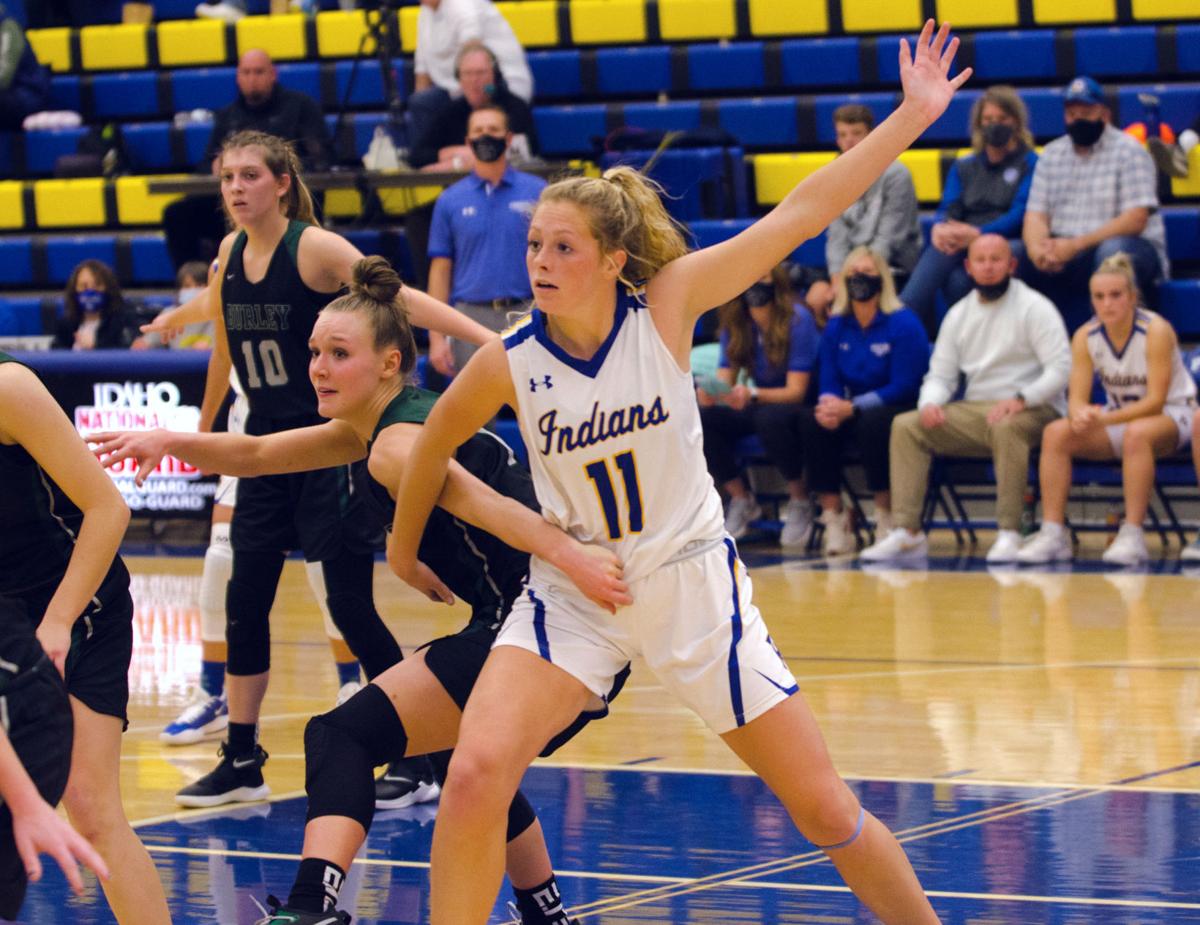 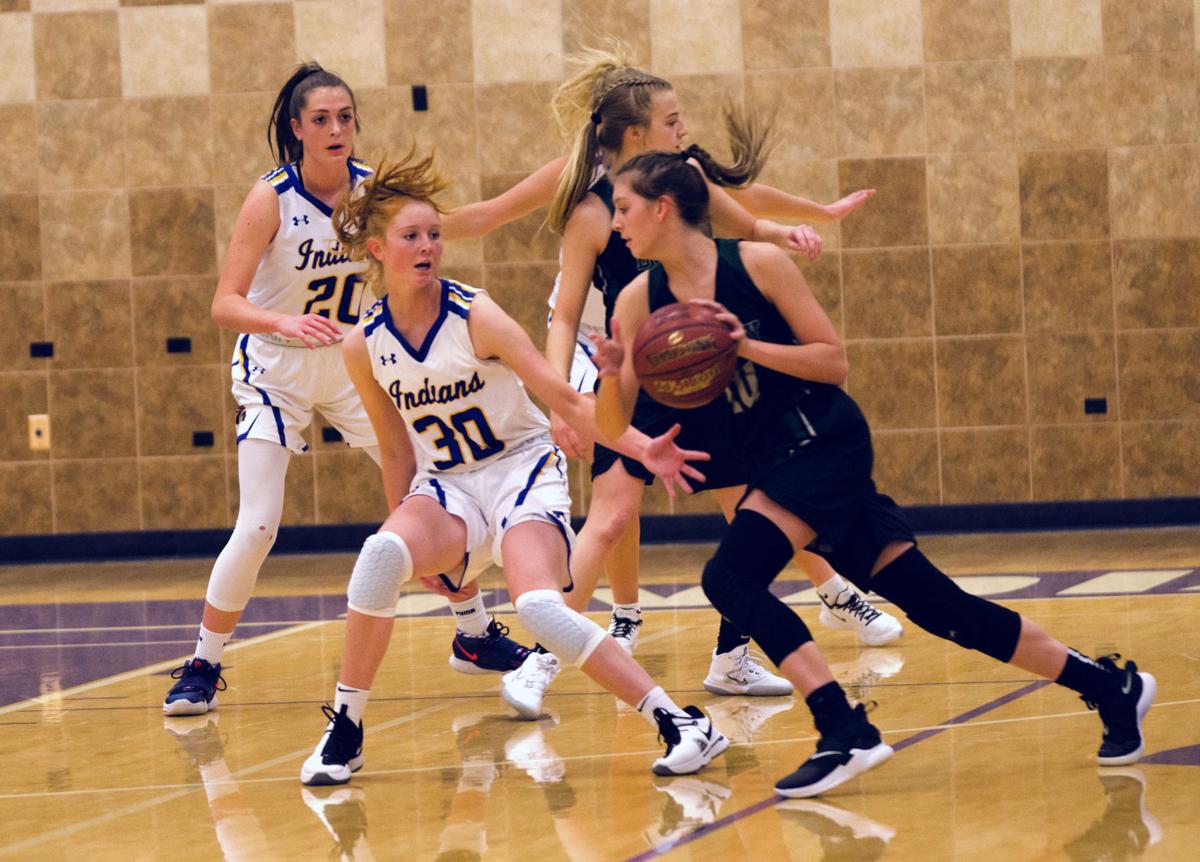 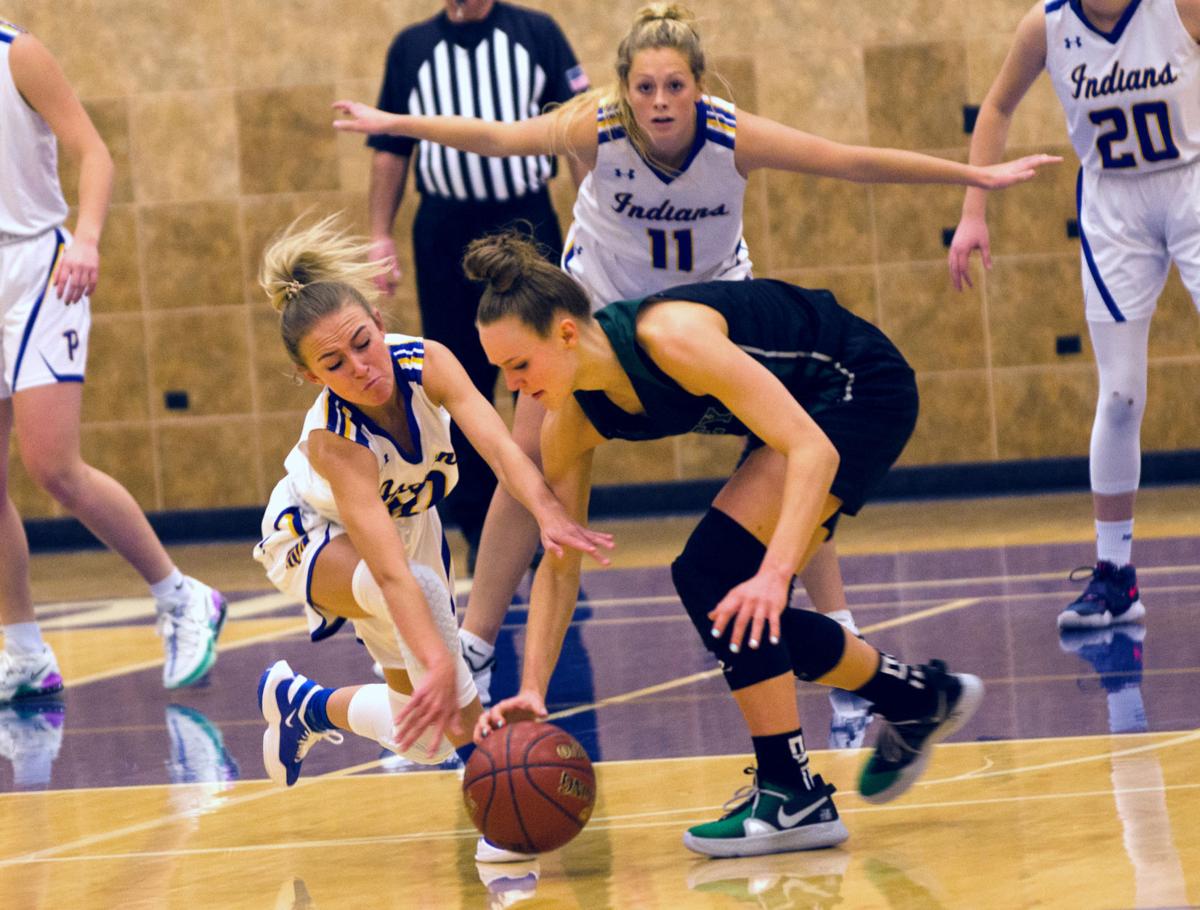 Riley Ward fights for control of a loose ball against Amari Whiting with Kylie Larsen defending the key behind her.

Riley Ward fights for control of a loose ball against Amari Whiting with Kylie Larsen defending the key behind her.

No tickets are available at the door and seating is extremely limited to comply with COVID-19 restrictions until Nov. 22. At that time things will be reevaluated and it is unknown what the restrictions will be.

The Indians built a three-point lead in the first quarter and added three more in the second for a 24-18 lead at the half.

After the break Preston came out strong, limiting Burley to just eight points while they poured on 15. The 39-27 advantage gave them enough momentum to hold off the Bobcats in the final frame.

Burley pared the deficit by four in the fourth but it wasn’t enough to overtake the Indians who won 49-40.