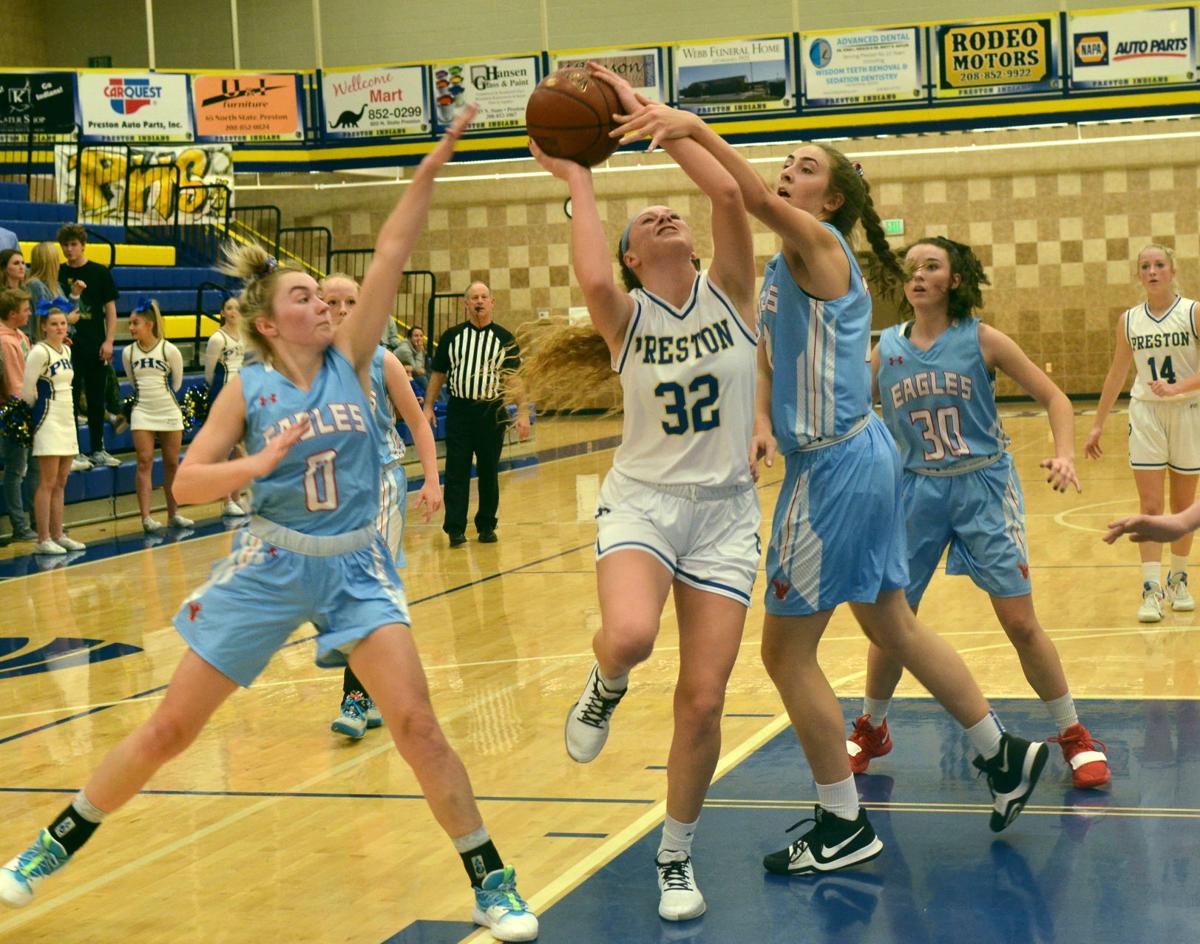 Kylie Larsen gets the basket and a foul shot for a three point play against Marsh Valley. 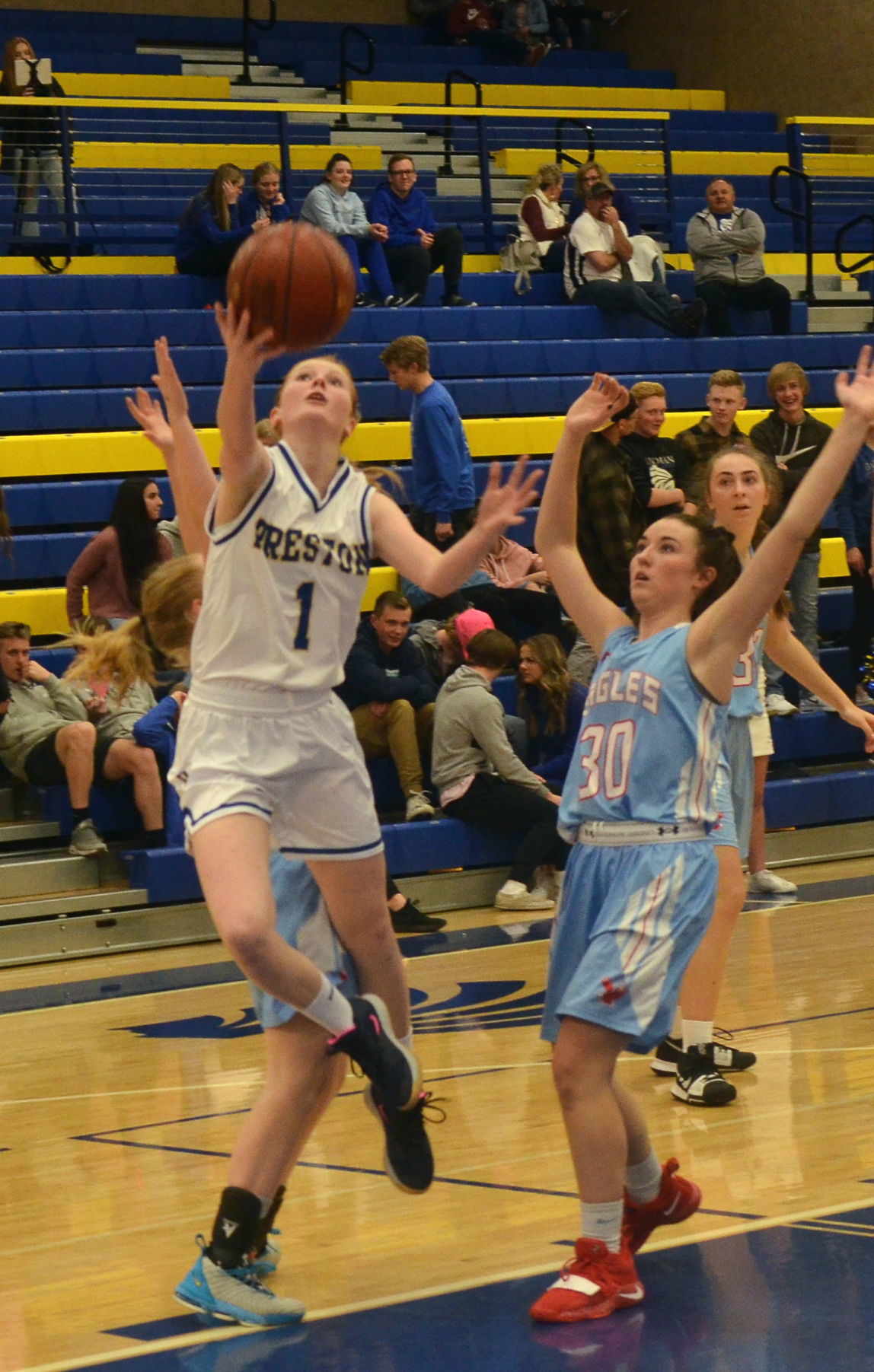 Hailey Meek slips past the Marsh Valley defense for a layup.

Kylie Larsen gets the basket and a foul shot for a three point play against Marsh Valley.

Hailey Meek slips past the Marsh Valley defense for a layup.

The Lady Indians are currently 12-2, on the season and undefeated in district play. Their final seven games of the regular season are all conference games and will be critical in determining their seeding for the district tournament.

They have not yet played Jerome, Wood River or Century — all of whom they will face on the road in the next week. Preston travels to Jerome on Friday, Jan. 10, Wood River on Saturday, Jan. 11, and Century on Tuesday, Jan. 14. The Wood River game is scheduled for 2 p.m. and the other two for 7:30 p.m. Century is the only other team that is undefeated in district play, but Jerome isn’t far behind with only two conference losses.

The girls faced Marsh Valley on Jan. 4, in a game very similar to the one they played before the holidays with the Eagles.

“It was an almost identical game to when we played them up there,” Coach Ryan Harris said. “We really played a pretty good game, our shooting was just off a bit. Blame it on 15 days off or whatever, but the girls played hard and did a lot of good things.”

The game was neck and neck in the first half with Preston leading 8-7 at the end of the first quarter and 18-15 at the half. In the third quarter the Indians were finally able to gain a little space, outscoring the Eagles 17-10 for a 10-point lead going into the fourth.

The lead didn’t last long as Marsh Valley closed the gap on the strength of their perimeter shooting when Harris chose to rest his starters.

“Give credit to Marsh Valley. They’re a nice team where usually you have to guard all five girls on the floor because they can all shoot,” he said. “Kylie’s (Larsen) inside presence was key tonight and we just kept going back to her.”

Larsen scored 22 points and 11 rebounds for the Indians leading the way for her team. Cassie Pugmire added 10, Hailey Meek five, and Sydnee Marlow, Saige Meek and Alexis Harris two each.

In the final quarter Preston held on to a slim lead and forced Marsh Valley to foul to regain possession. Add in a couple of defensive stops and you have a 43-38 win for the Indians.