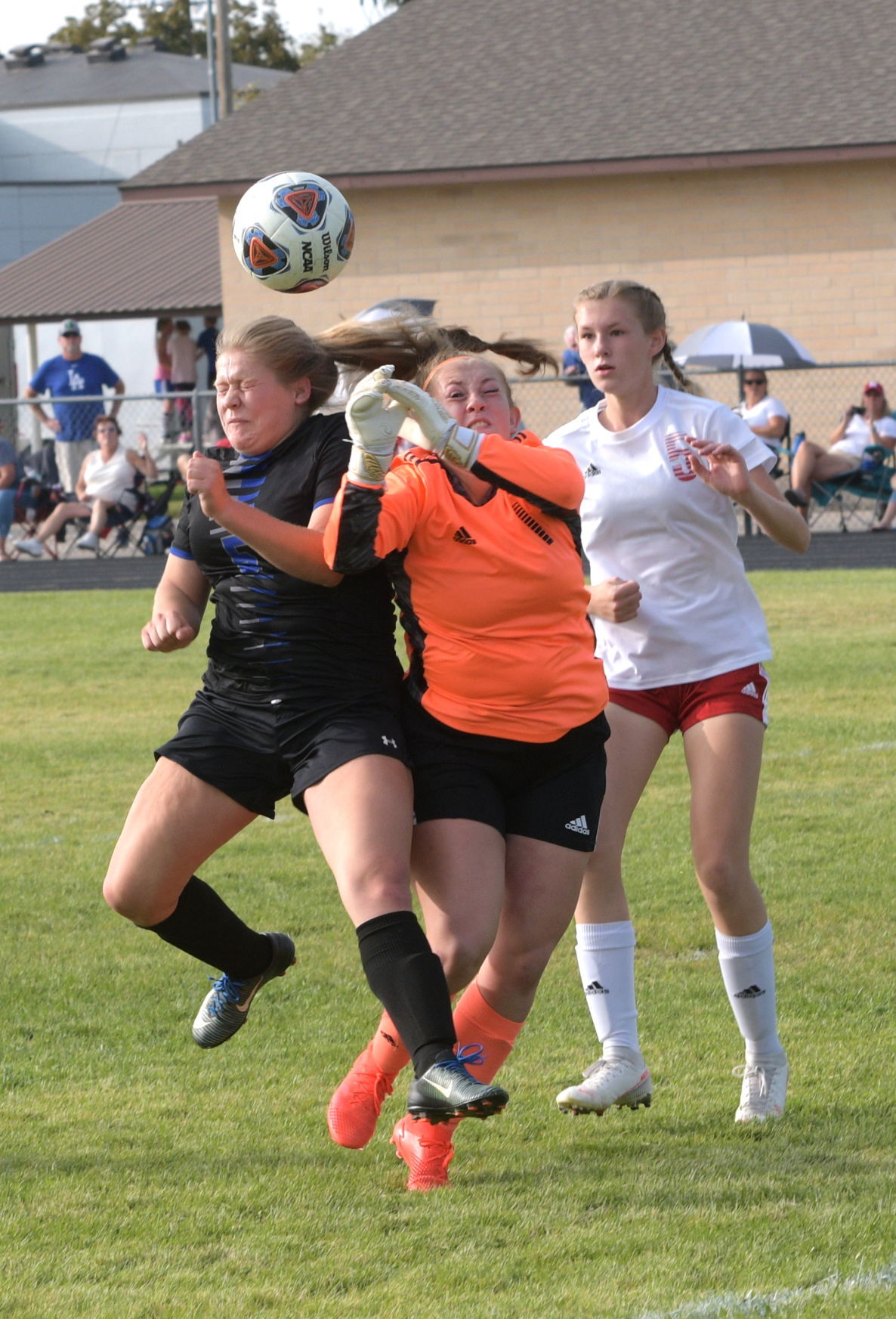 Quincy Hyde pressures the Pocatello keeper causing her to mishandle the ball. 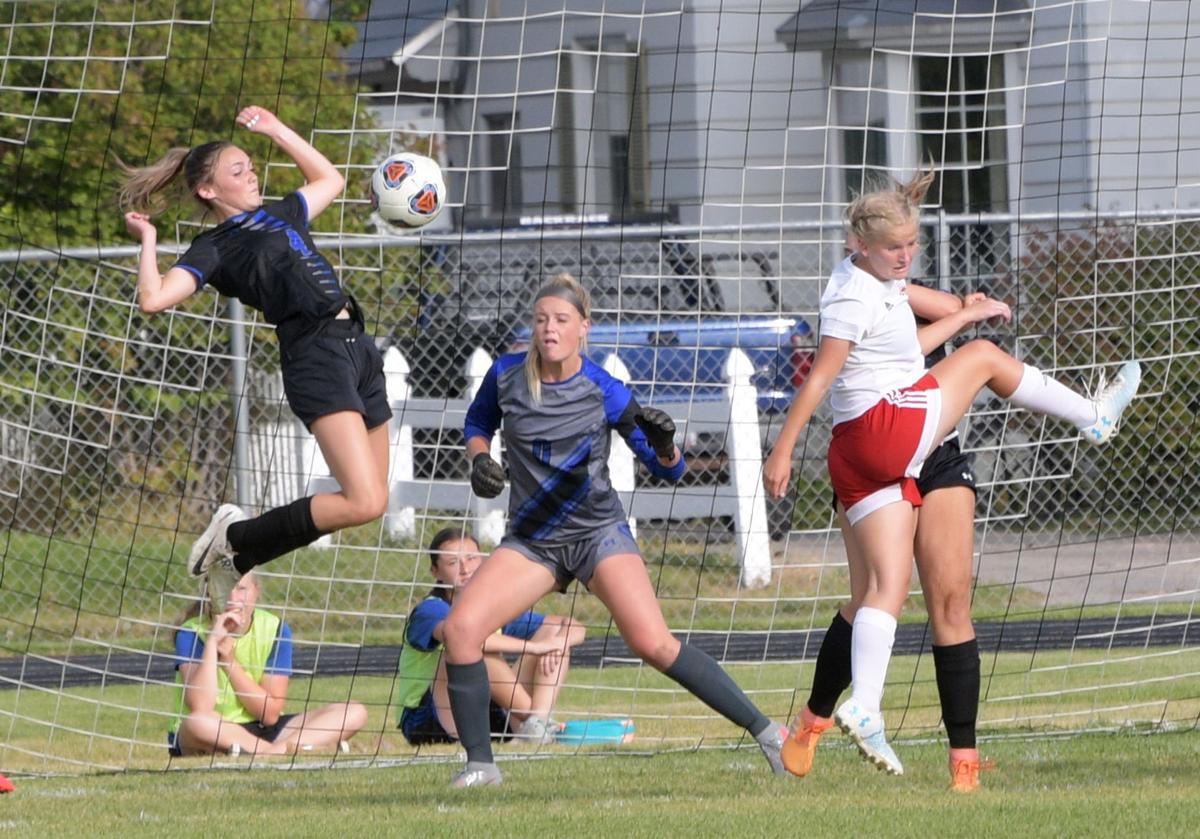 Taya Nielson helps defend the goal from Pocatello's threats as keeper Sydnee Marlow positions herself to finish if needed. 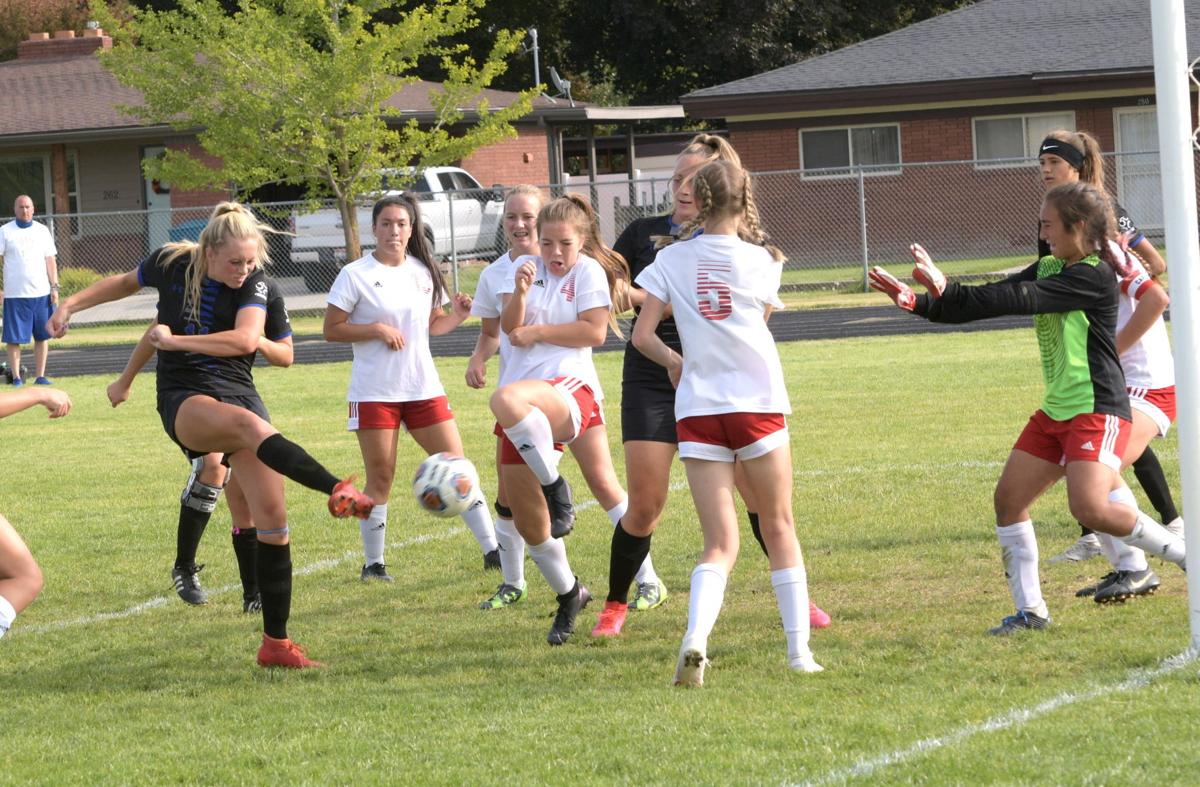 Kylie Larsen drills a shot past Pocatello's keeper scoring the first goal of the game.

Kylie Larsen uses her length and flexibility to control the ball.

Quincy Hyde pressures the Pocatello keeper causing her to mishandle the ball.

Taya Nielson helps defend the goal from Pocatello's threats as keeper Sydnee Marlow positions herself to finish if needed.

Kylie Larsen drills a shot past Pocatello's keeper scoring the first goal of the game.

The Lady Indians won both their district soccer games last week earning the top spot in the district to date. They hosted Highland on Sept. 22 (score unavailable at press time) and travel to Pocatello on Thursday, Sept. 24 to play at 4:30 p.m. On Tuesday, Sept. 29 the Indians host Century at 4 p.m. Both Century and Pocatello will be pulling out all the stops to try and knock Preston out of the top spot.

“We are happy with the way the week went and are looking forward to the final two weeks of the regular season,” said Coach Brandon Lyon.

“This week was big with our first two district games and the girls were great all week,” Lyon said. “We definitely were not at our best in either game but the girls played hard and really battled, especially at the end of both games to pull out the wins. Being 2-0 in the district is big and goes a long way to securing the number one seed for the tourney, but we still have two more games to go and we’ve got a lot to work on.”

On Sept. 17 the Lady Indians traveled to Century where they picked up their second conference win. Addison Moser scored both Preston goals assisted by Sydnee Kelley and Kylie Larsen.

Sept. 15 was at home against Pocatello. Kylie Larsen scored the first goal assisted by Quincy Hyde on a corner kick. Pocatello tied it 1-1 on a flip throw in just before the end of the first half.

Sydnee Marlow scored the winning goal on a break-away assisted by Hyde, and Preston prevailed over their northern rials 2-1.

“Defensively we were really solid in both games,” said Lyon. “We did a good job in limiting both teams’ chances. In the attack we created some good opportunities and we are starting to see the right things. We’ve just got to continue to work on finding that final pass and finishing our chances.”