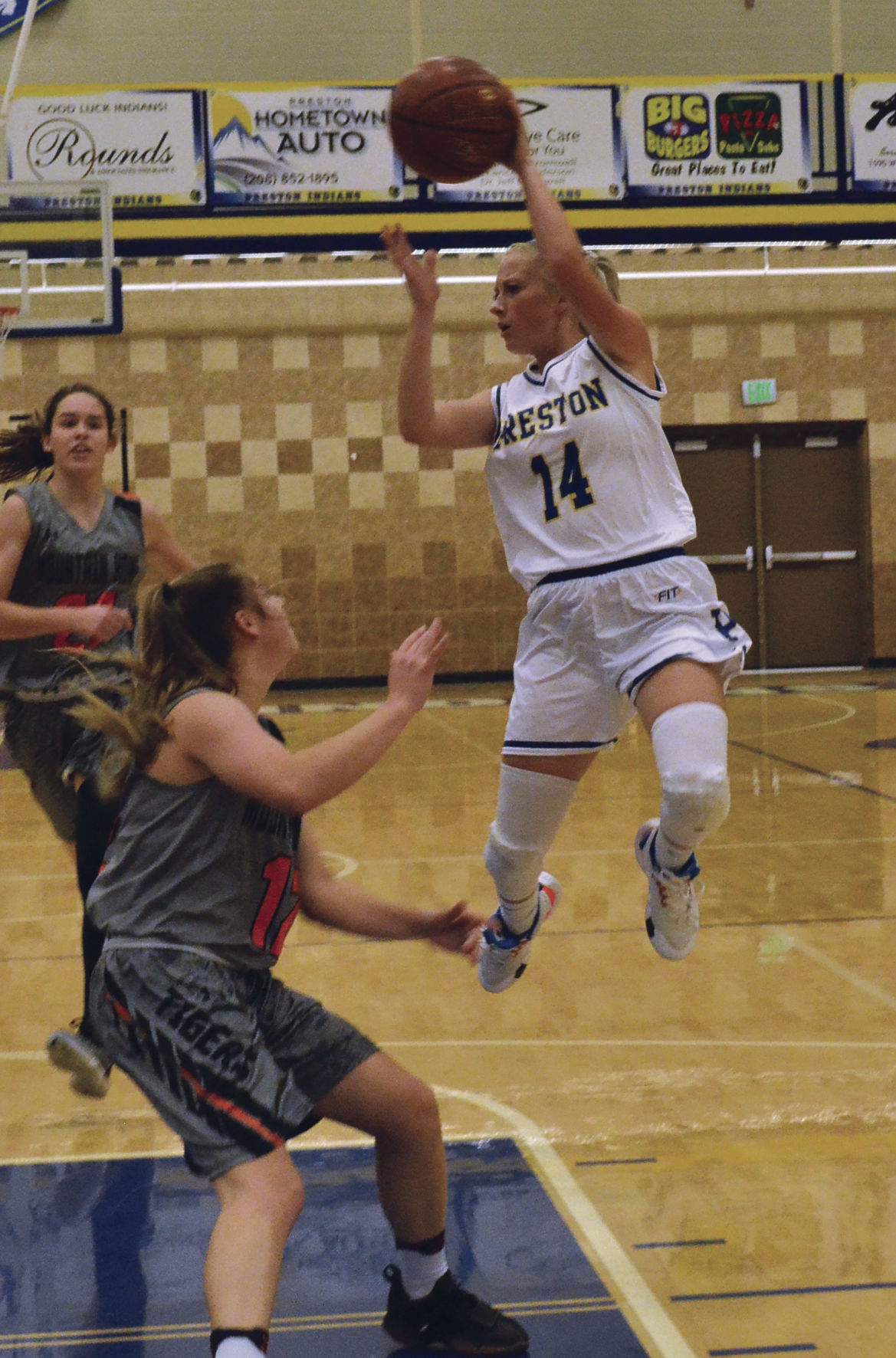 Alexis Harris fakes a shot and finds the outlet. 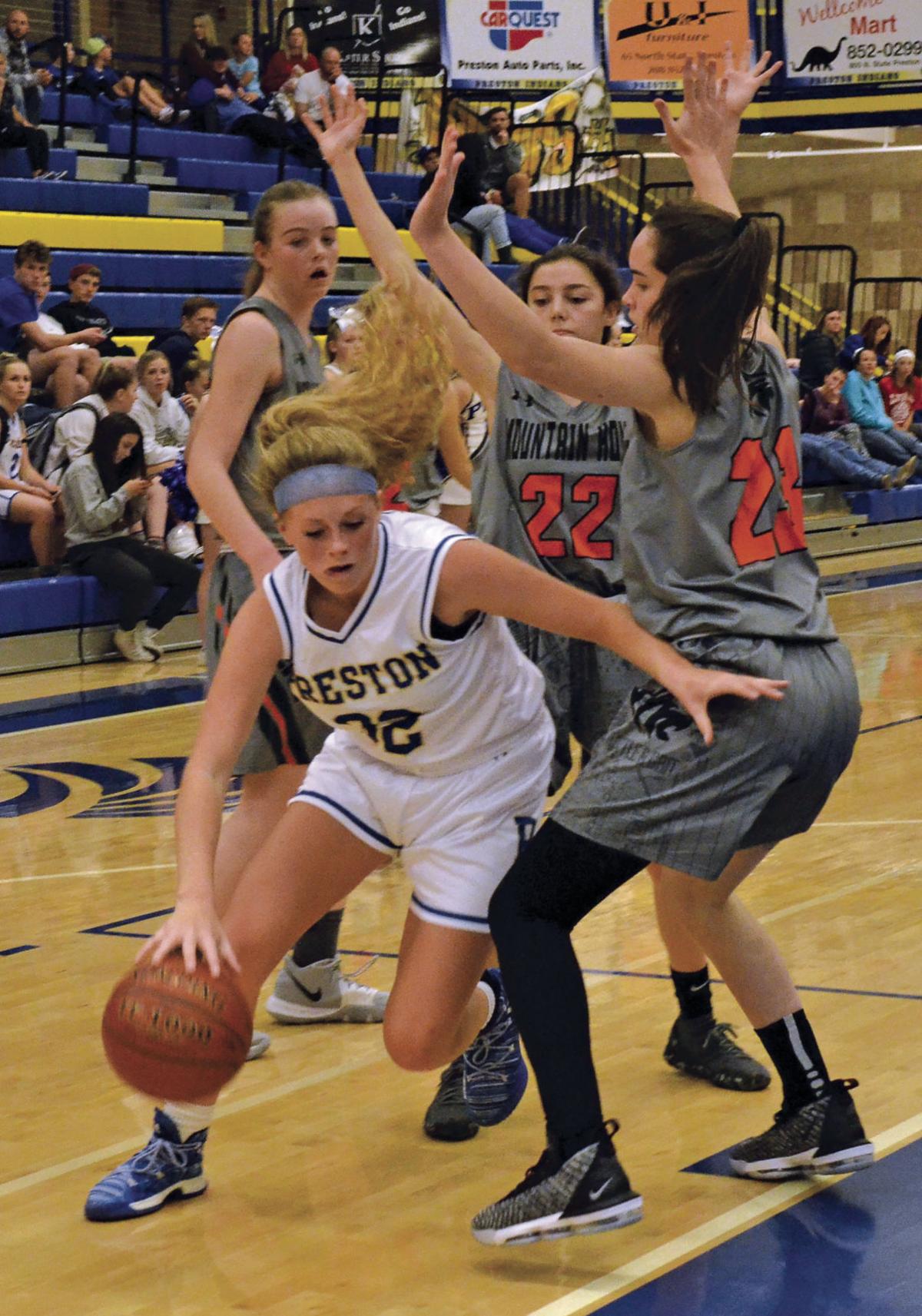 Kylie Larsen drives around Mountain Home to the baseline. 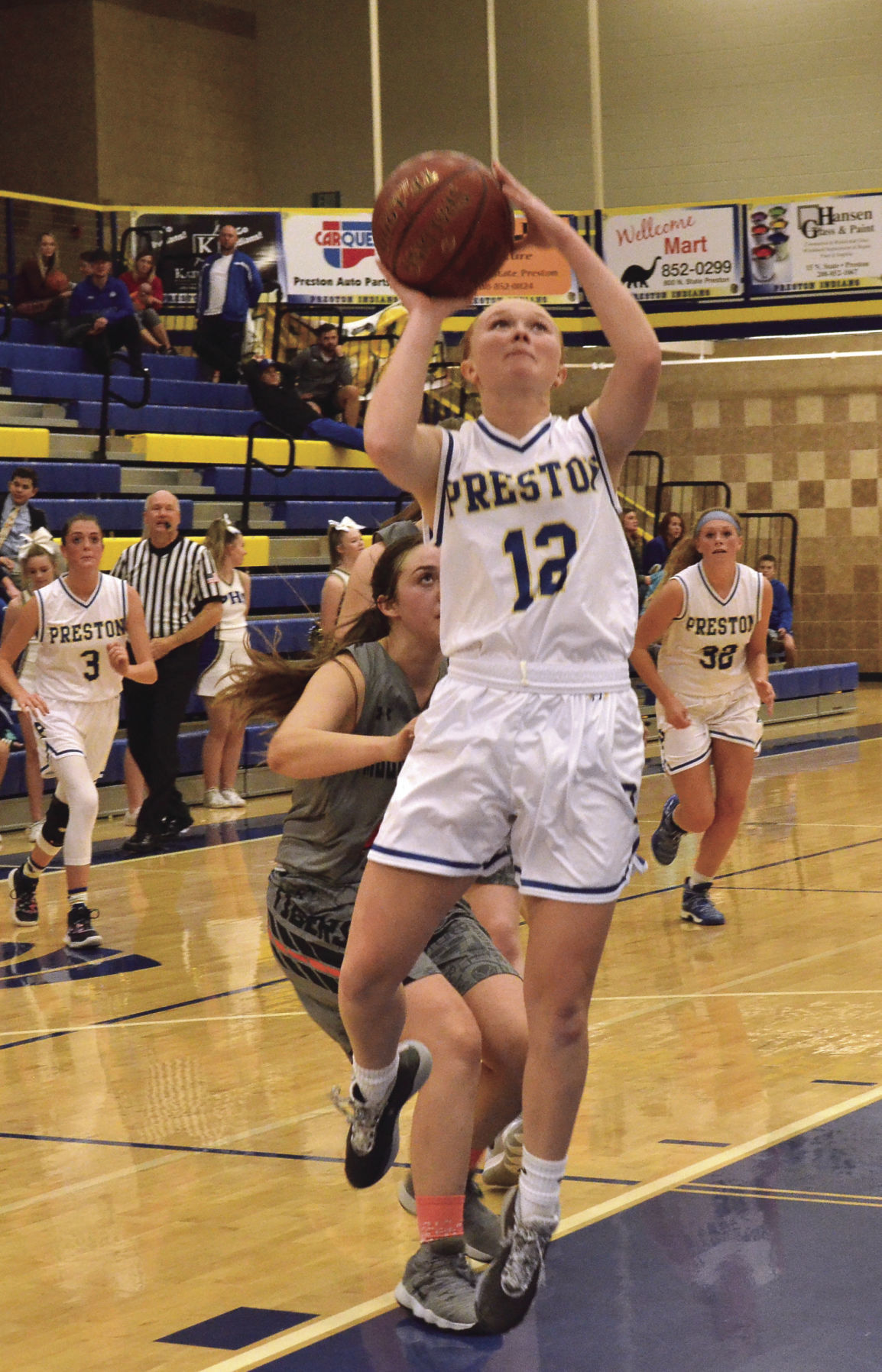 Saige Meek gets a bucket on the break away.

Alexis Harris fakes a shot and finds the outlet.

Kylie Larsen drives around Mountain Home to the baseline.

Saige Meek gets a bucket on the break away.

In their home conference opener on Nov. 16, the Indians faced Mountain Home and really had to pull together for the 39-30 win.

“Mountain Home was big and athletic and we were pretty nervous coming in about controlling the boards,” said Coach Ryan Harris. “I was really pleased with the girls and their effort on the defensive side of the ball and on the glass. We had 37 rebounds for the game of which Kylie Larsen had 15.”

With 2:42 on the clock Alexis Harris hit a clutch three that gave Preston the momentum they were looking for and a 34-30 lead. Less than a minute later Saige Meek added another to extend the lead to seven. A lead the Indians did not give up.

“It was one of those nights that we just shot real poorly but with our effort on defense and rebounding we were able to keep it close and make some plays in the fourth quarter to gut out a tough win,” said Harris.

At Shelley on Nov. 15, the Indians brought home a 58-43 victory. “It was a fun opening night,” Harris said. “Shelley has a new coaching staff so we really didn’t know what to prepare for going into the game. I thought that the girls came out strong and played really well defensively most of the night.”

Foul trouble hurt Preston’s inside game forcing them to play a smaller lineup but that didn’t stop them. The team finished the night with 22 steals, nine by Mickayla Robertson, and a significant number of transition points.

“We were able to create a lot of our points using speed in the transition game to create easy layups. All in all it was a nice win and a good way to start the season.”

In their jamboree last week Preston defeated West Side but lost to Soda Springs. In addition to West Side and Soda, the Grace Grizzlies attended for a total of four teams in the event.