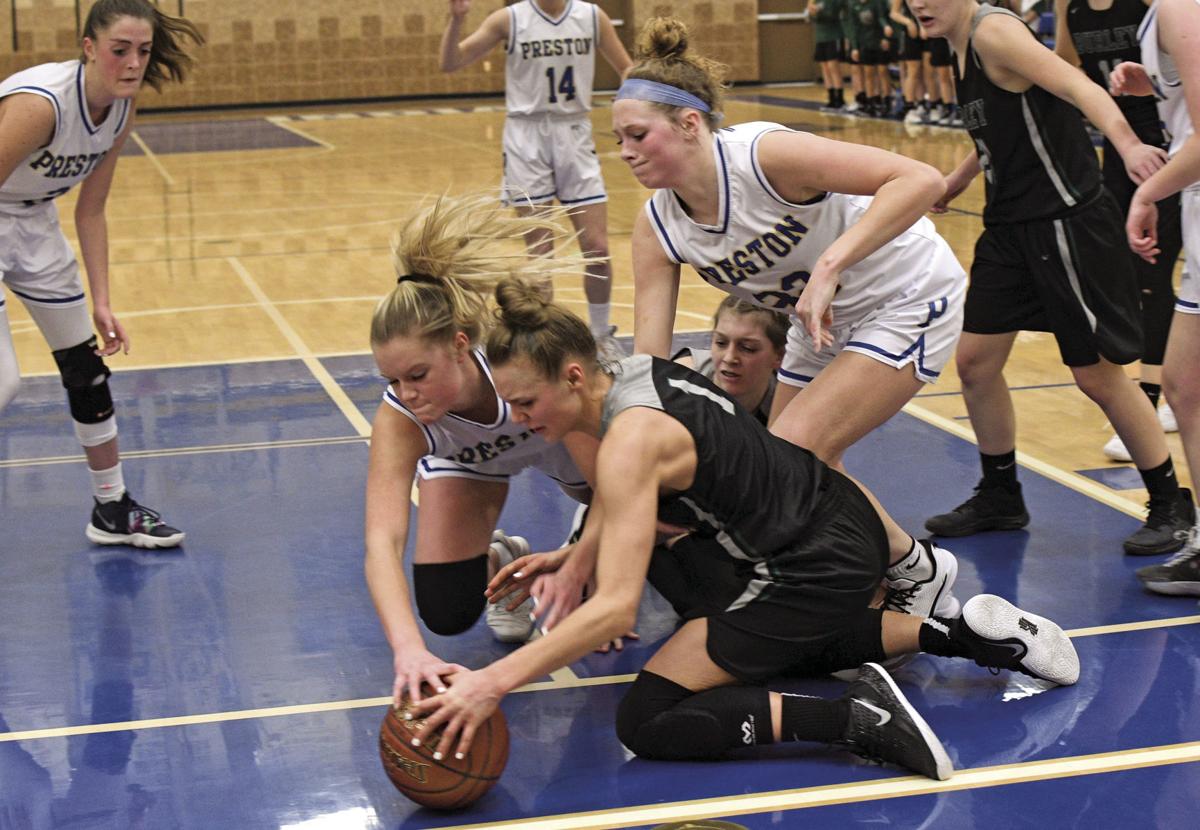 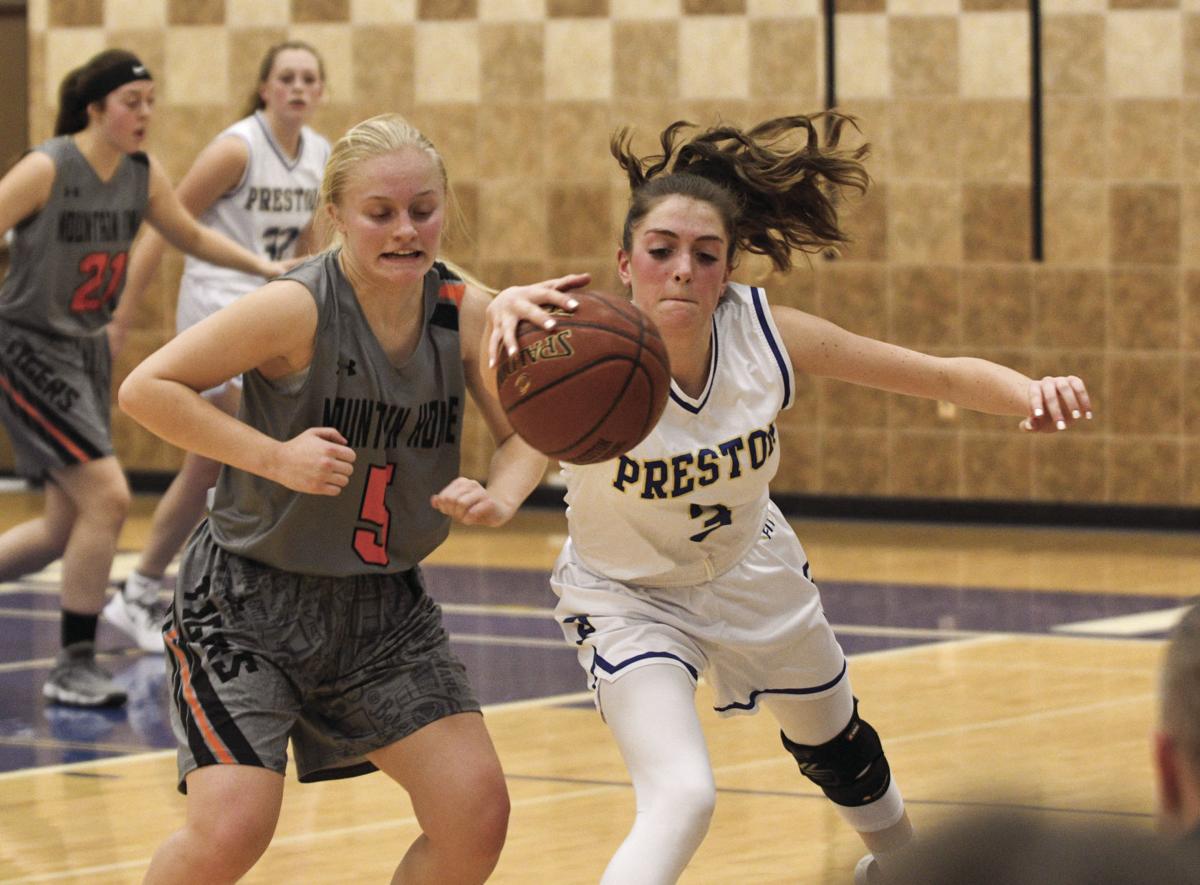 Mickayla Robertson beats Minico defender Gabi Jausoro to a deflected ball before it goes out of bounds.

Mickayla Robertson beats Minico defender Gabi Jausoro to a deflected ball before it goes out of bounds.

The Lady Indians would have liked nothing better than to have punched their ticket to state with a win over Burley but it was not to be. Now they must take the long way around and win three more games for a shot at the championship, including a play-in game with the third seed of district 3.

Preston hosts a loser-out contest with Twin Falls on Feb. 12. A win pits them against the winner of game 12, Jerome or Mountain Home, on Thursday, Feb. 13 at home. If they are still alive, they will travel to a neutral location for the state play-in game on Saturday, Feb. 15.

Last week, the Indians only trailed 7-8 at the end of the first quarter against Burley, but their offense faltered in the second and third quarters, leading to a 30-44 loss in the semifinals of the district tournament.

Trailing 13-21 at the half, Preston wanted to start the third quarter strong but their shots wouldn’t fall. Scoring just four points while Burley put up 12, dug a hole they could not climb out of before time expired.

The Indians met some key goals such as limiting their turnovers to 11 while causing 18, and holding all but one of Burley’s players to five points or less. Unfortunately, Amari Whiting was that one and she more than made up for her teammates’ lack with 26 points.

If just one more of Preston’s players could have gotten going, or their rally in the final minutes had started a little sooner, the story might have been different.

Down 16 with under three minutes to play the Indians made a valiant effort. Steals and turnovers kept them alive and closed the gap to nine, but time was not on their side. Burley made them pay for possession down the stretch with foul shots. Preston held Burley to just two baskets in the fourth quarter, their other seven points were from the charity stripe.

The disappointment and frustration were evident as the Indians left the floor while Burley celebrated.

Against Mountain Home, the Indians led three after one quarter of play, and extended it to eight at the half to take a 29-22 lead to the locker room.

Preston came out strong in the third quarter outscoring the Tigers 19-13, but things got a little dicey in the fourth. Mountain Home rallied to cut the deficit to four with just over three minutes to play before the Indians put the game out of reach, outscoring the Tigers 12-5 for a 64-53 win despite missing 8 of 14 from the stripe.

“I thought our pressure was good,” said Coach Ryan Harris. “We gave up some easy layups with the press but the press created a ton of turnovers for us. We shot the ball well and created a lot of good shots.”