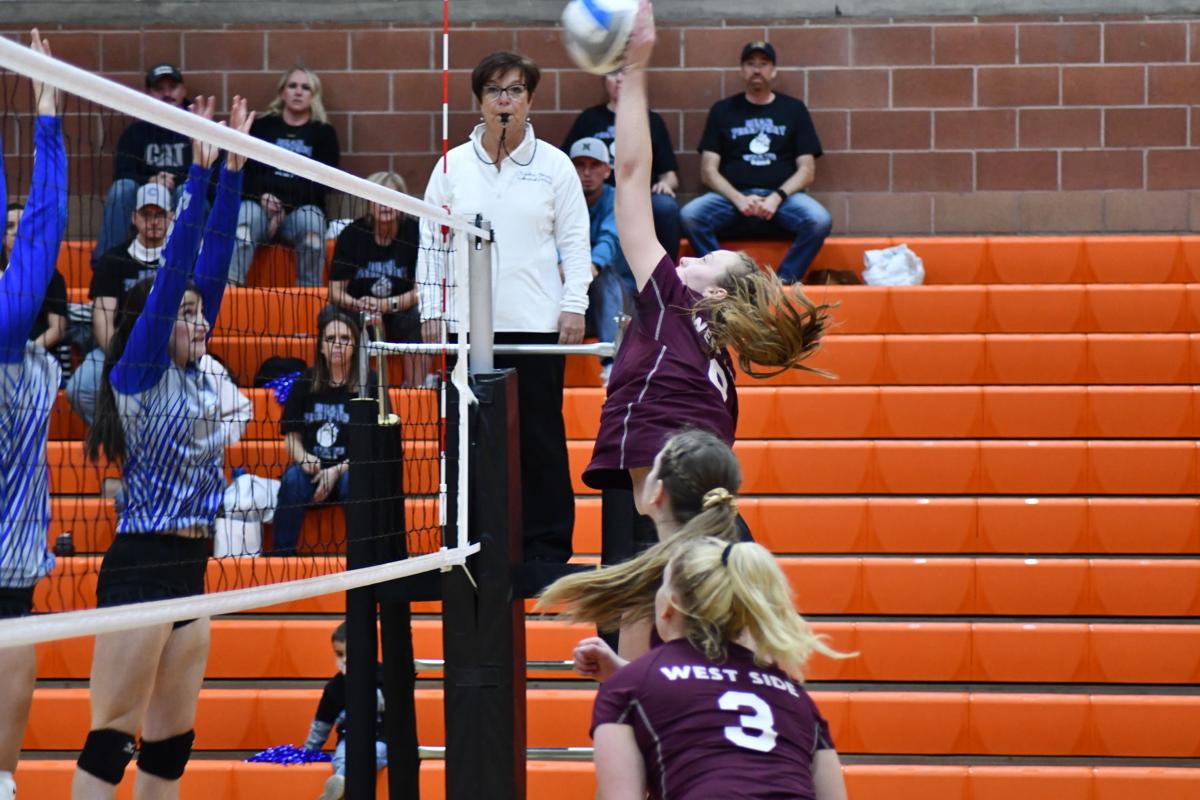 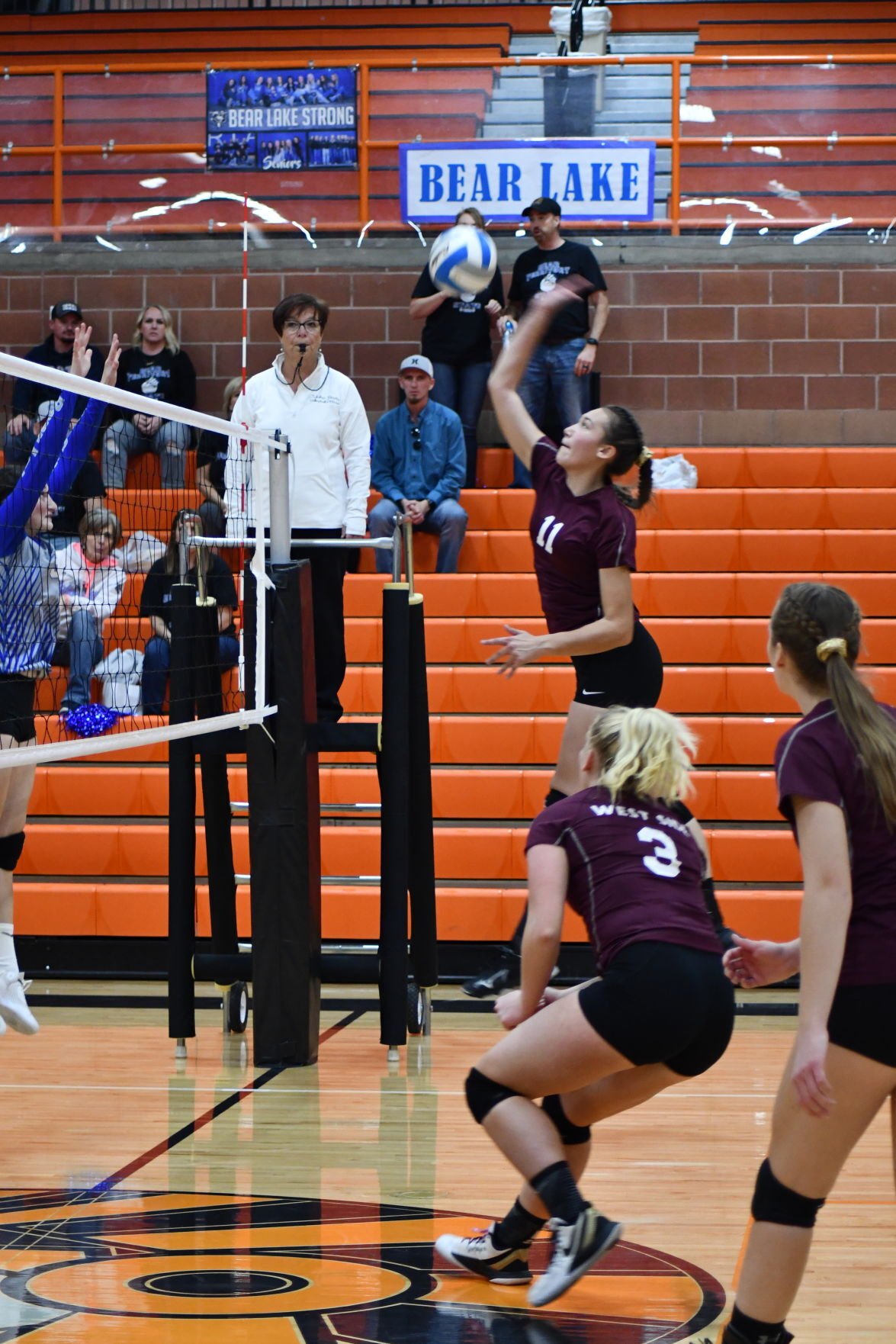 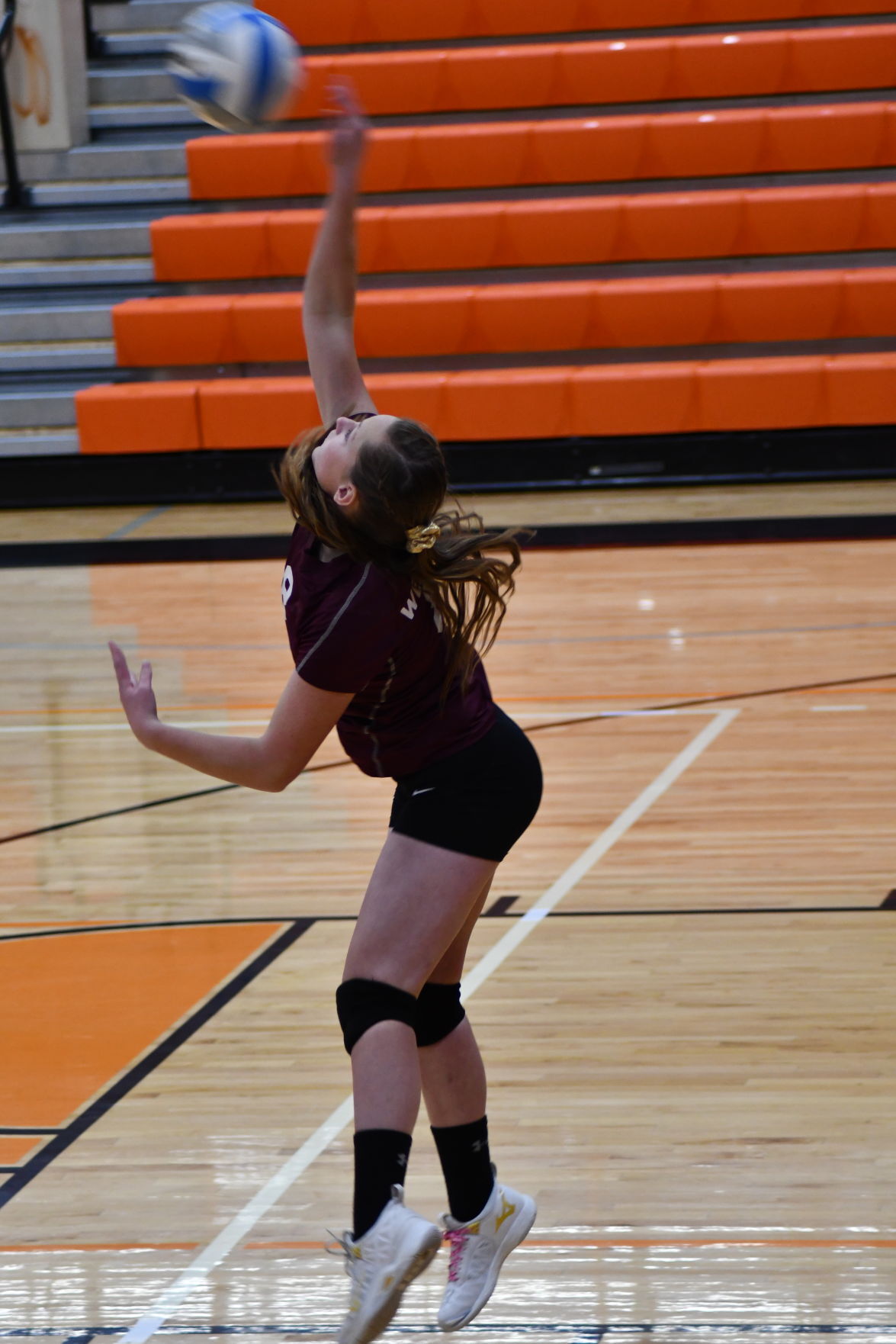 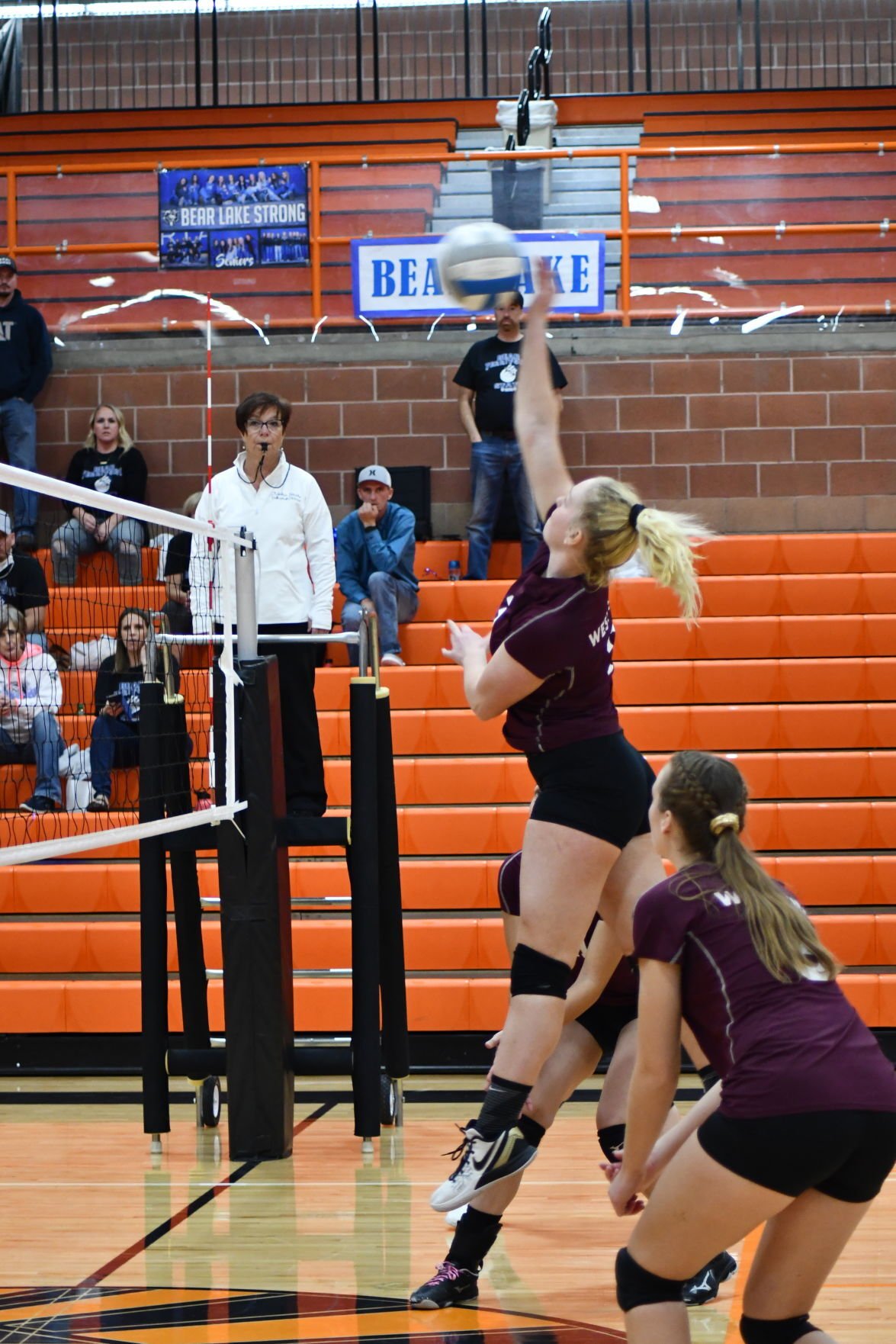 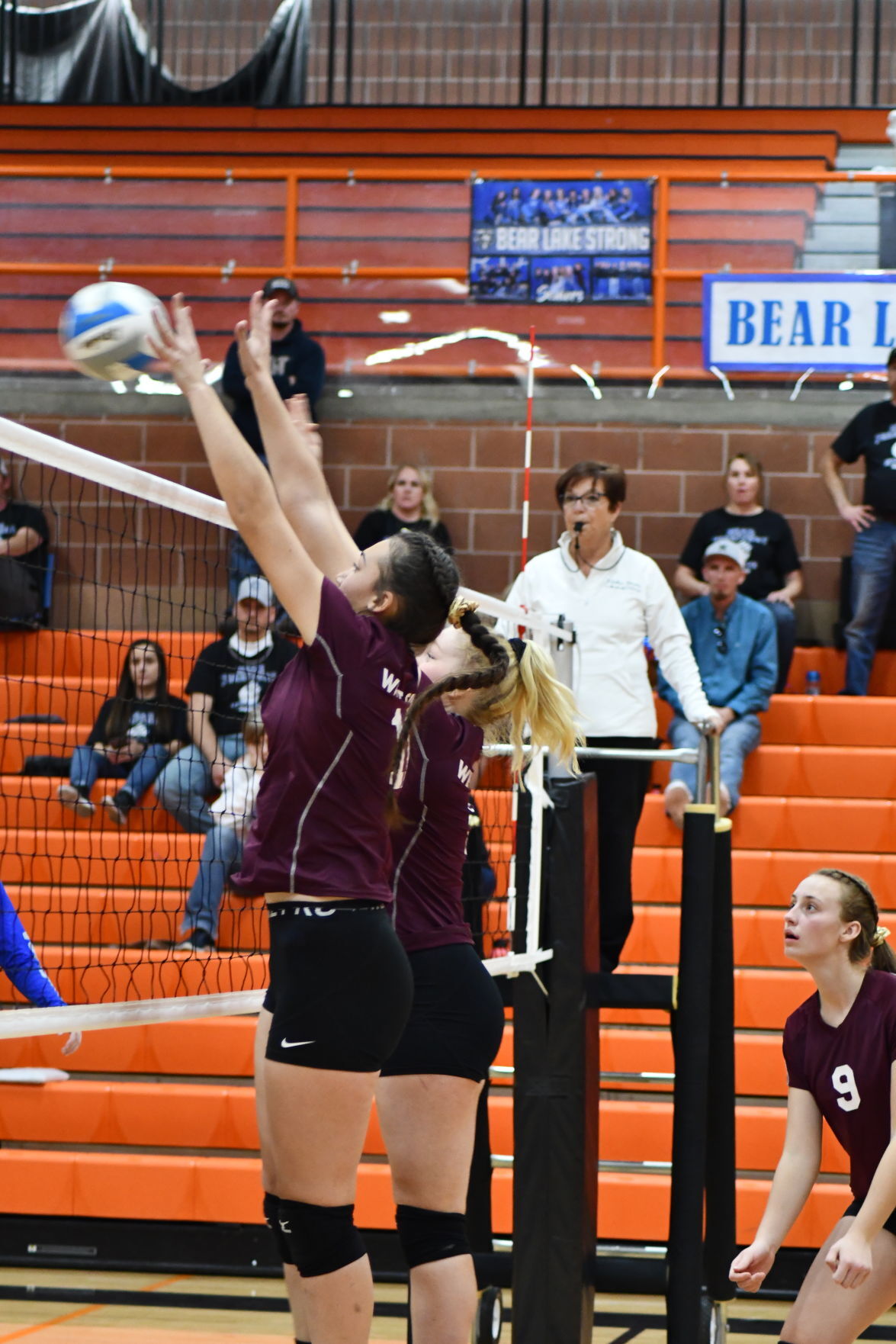 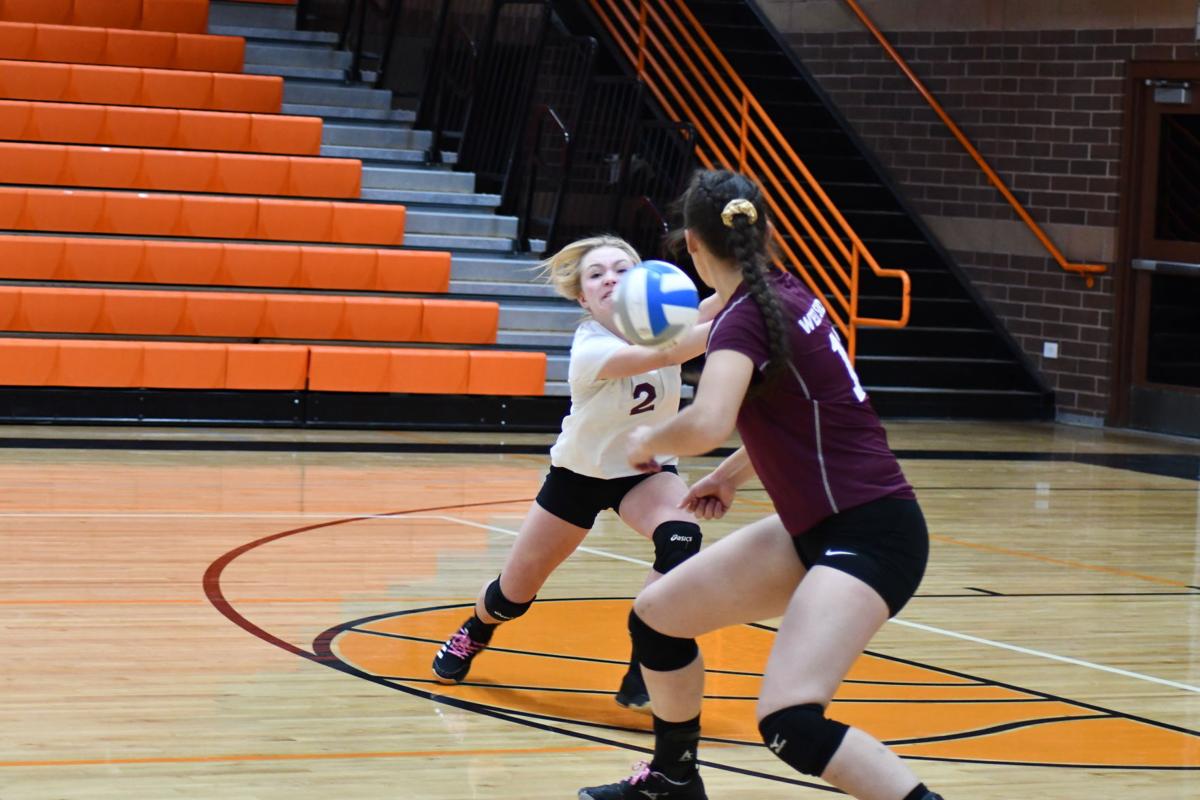 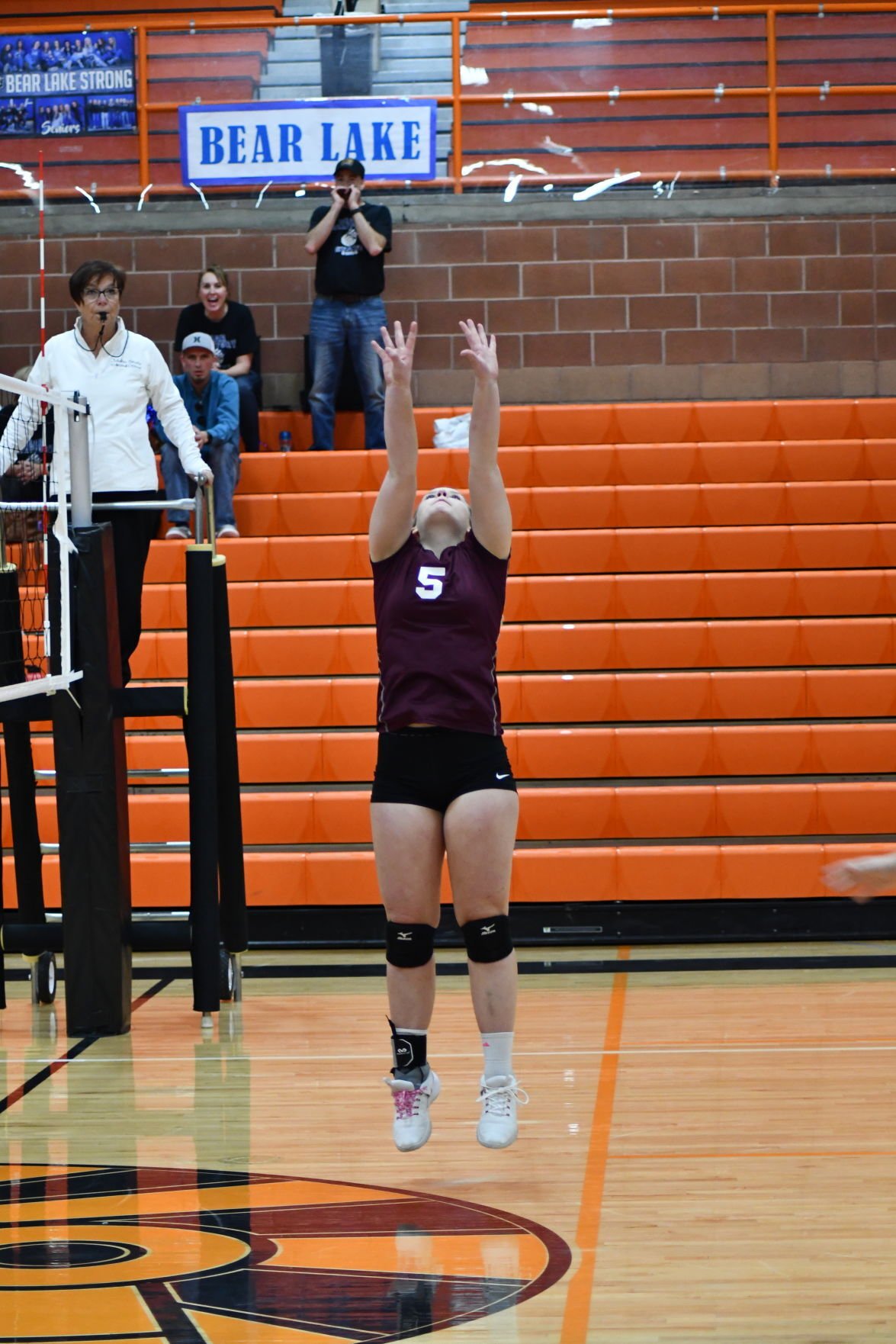 Photo courtesy of Jennifer Mariscal
1 of 7

The Lady Pirates represented West Side well at the 2A State volleyball tournament in Buhl, Oct. 30-21. Its the teams first championship title since 2011.

“It was a perfect ending to a long fight,” said Coach MeLinda Royer. “The girls played as a team the entire tournament!"

“The Pirates served tough with 12 aces,” said Royer. “We were aggressive at the net with a total of 31 kills.”

Laney Beckstead led with four of the 12 aces. Madalyn Barzee led the team in digs with 10 of the team's 37 digs. Kajsia Fuller led the team with nine kills and Emma Mariscal added eight more.

They dispatched Melba next losing the first set but coming back to win three straight 23-25, 25-19-25-18, 25-21. The win set them up for a final showdown against district rival Bear Lake for the championship match.

Teamwest Side had five aces with Laney Beckstead, TyLene Royer, Jesse Mariscal, Brittyn Jensen, and Abby Fuller all getting one. The team recorded 29 kills with Kajsia Fuller and Jesse Mariscal with seven each.  Madalyn Barzee led in digs with 15.

“It was amazing to watch the girls be supportive and helpful to each other at every point,” Royer said. “We knew that if we were going to win, we had to play aggressive and smart! It was a highlight to win the game point on an amazing pass, a perfect set and a hard swing.”

"The girls serve received a 2.0 with many perfect passes and served tough with 92.5% proficient," Royer said. On the night they had 54 kills as a team and 87 digs. Jesse Mariscal led the team in kills with a season high of 19. Sydnie Thain added 11 more. Abby Fuller led the team with 26 digs and Madalyn Barzee added another 23 digs. "The girls worked as a team both on and off the court to pull off an amazing win against a very good Bear Lake team," said Royer.

The team’s four seniors shouldered their roles well and will be missed next season.

“I want to send a huge shout out to my seniors,” said Royer. “They were leaders both on and off the court! Emma Marsical, Kajsia Fuller, Sydney Thain, and TyLene Royer. Way to work girls!”

It was especially sweet for the two seniors who have younger sisters playing on the team: Kaija Fuller and Emma Mariscal have played together since seventh grade, served as co-captains of this year's varsity team. Their sisters, Abby Fuller and Jesse Mariscal shared fully in the accomplishment and will help carry the torch next year. The team has worked hard to build their skills and unity all with this one goal always in the back of their minds. Those memories will be cherished for a lifetime.

“These girls are not only fantastic volleyball players,” Royer said. “They are also very kind hearted, excellent students, hard workers, and the most humble champion athletes! Each one of them played the role they were asked to and did it perfectly. It was an all around TEAM effort!“

Other team members who contributed to the win were senior Brittyn Jensen and three members of the school's junior varsity team: Paige Comeau, Marissa Clawson and Sammy Roberts. The younger girls stepped in and made a difference when needed.

As the season closes despite the challenges of COVID and other factors, there are no regrets for this team. They are grateful to the many who helped make it a success behind the scenes.

“I would like to thank their parents,” Royer said. “And our amazing fans that were in the gym and watching by broadcast. We felt your support. Also, my very supportive assistant coaches: Elise Cox, Gayle Gailey, Amber Keller, and JoDee Cook (book keeper).“