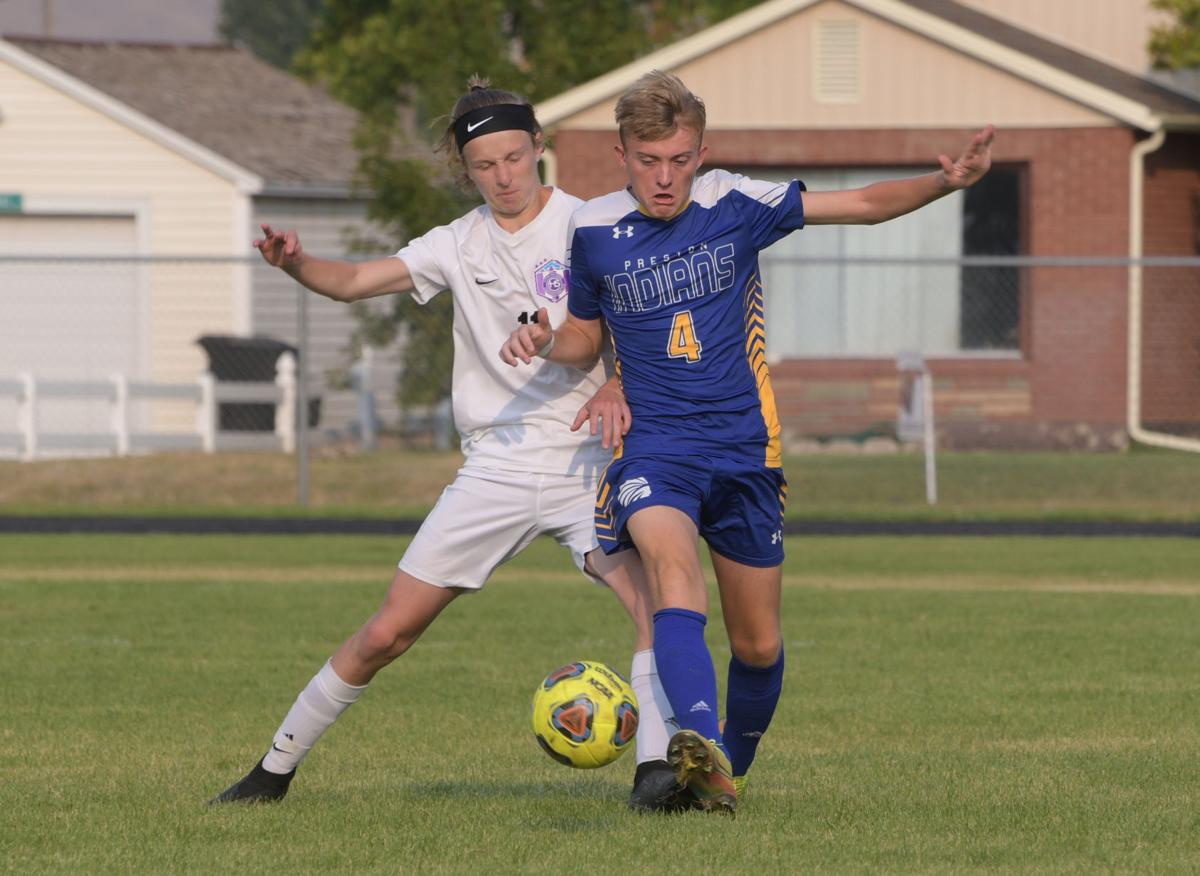 Treyton Hendrickson battles Century for possession and wins it. 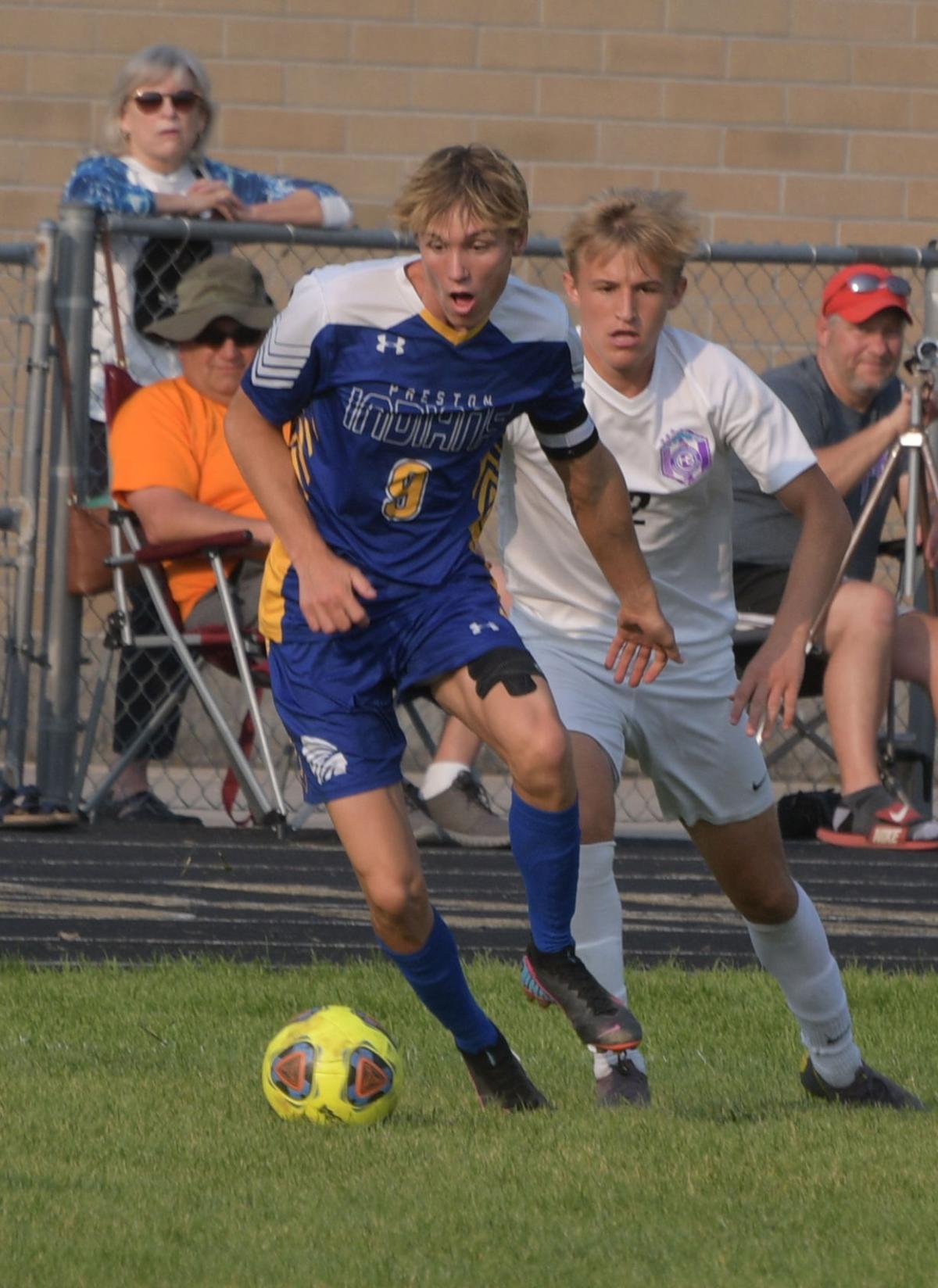 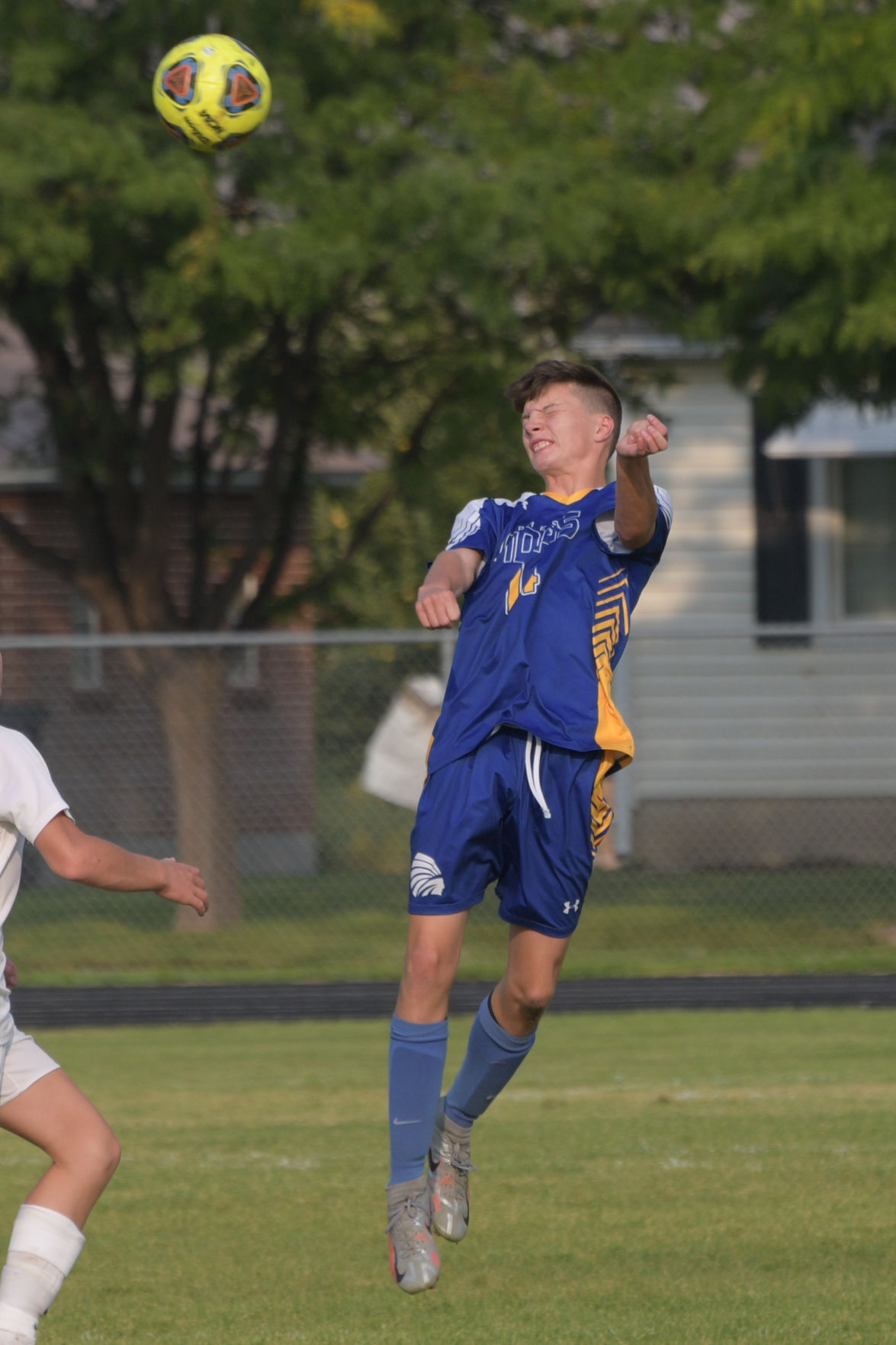 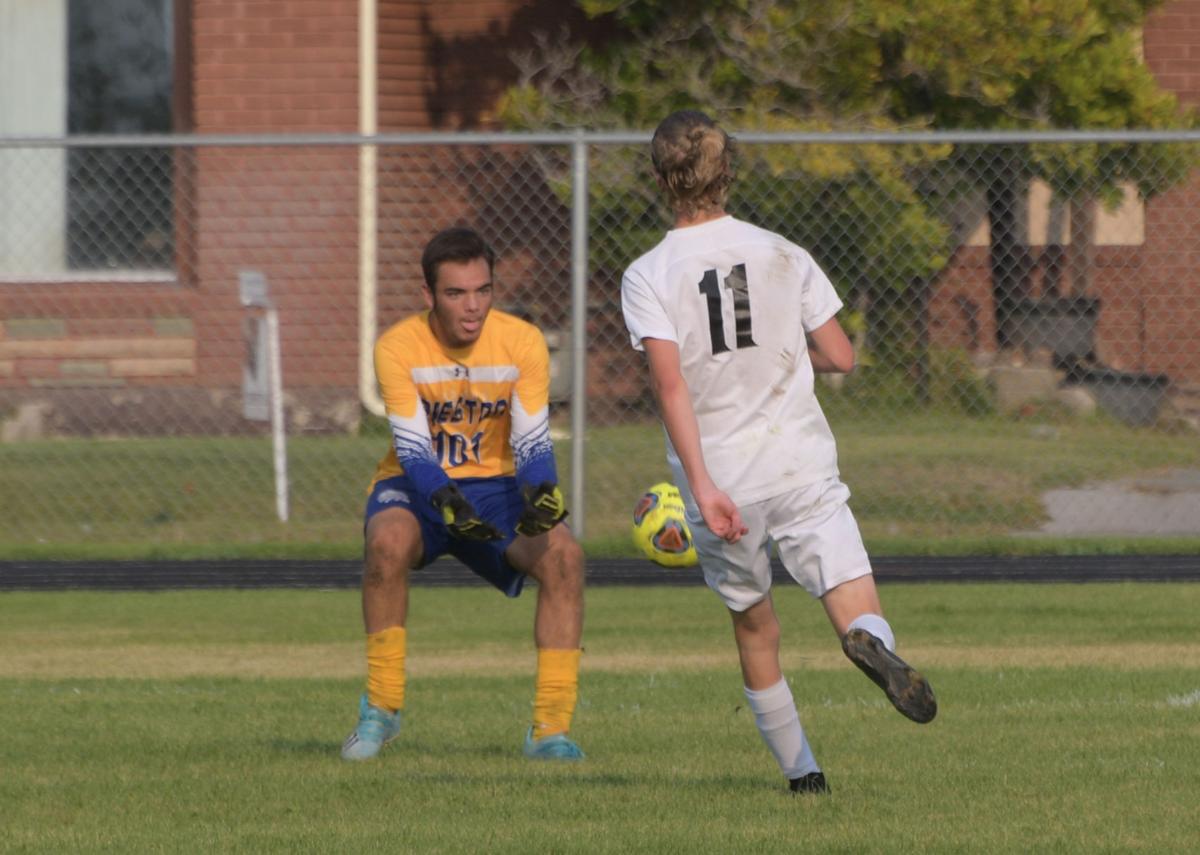 Zach Burnett takes care of the goal by scooping up the ball on a Century run.

Treyton Hendrickson battles Century for possession and wins it.

Zach Burnett takes care of the goal by scooping up the ball on a Century run.

The Indians split their conference games last week putting them second in the conference. They were on the road against Highland on Sept. 22 (score unavailable at press time) and host Pocatello Thursday, Sept. 24. The northern Indians will be looking to avenge their loss last week. Preston travels to Century Tuesday, Sept. 29, where they hope to come away with a win over the Diamondbacks to better their chances at being named the top seed. Both games with be at 4:30 p.m. with JV at 6 p.m.

Preston scored first against Century when Tyce Shumway found the back of the net assisted by Treyton Hendrickson. They held the Diamondbacks scoreless until there were 16 minutes left in the first half when they sent a beautiful shot across the goal to the upper right side past the outstretched hands of keeper Zach Burnett. Minutes later a penalty shot put Century up 2-1 at the half.

“We came out strong, scored first,” said Coach Kira Mathews, “but it’s hard to win when you give up two PKs (penalty kicks).”

In the second half another PK gave Century a 3-1 lead and finally the won 4-1.

“We know they are a good team and as soon as we gave them the first PK we let up,” Mathews said. “They are a team that will capitalize on any simple little mistake and they did.”

Preston fared better against Pocatello on Sept. 15, where they won 2-1 on the road. Dax Golightly scored for Preston but Pocatello gave them a run for their money. The score was tied 1-1 until the final minutes of the game when Tucker Daley found an opening assisted by Ty Miller, that gave them the win.

“We stayed in the game till the end and played hard and pulled out a goal with a just a few minutes left,” Mathews said of the effort.