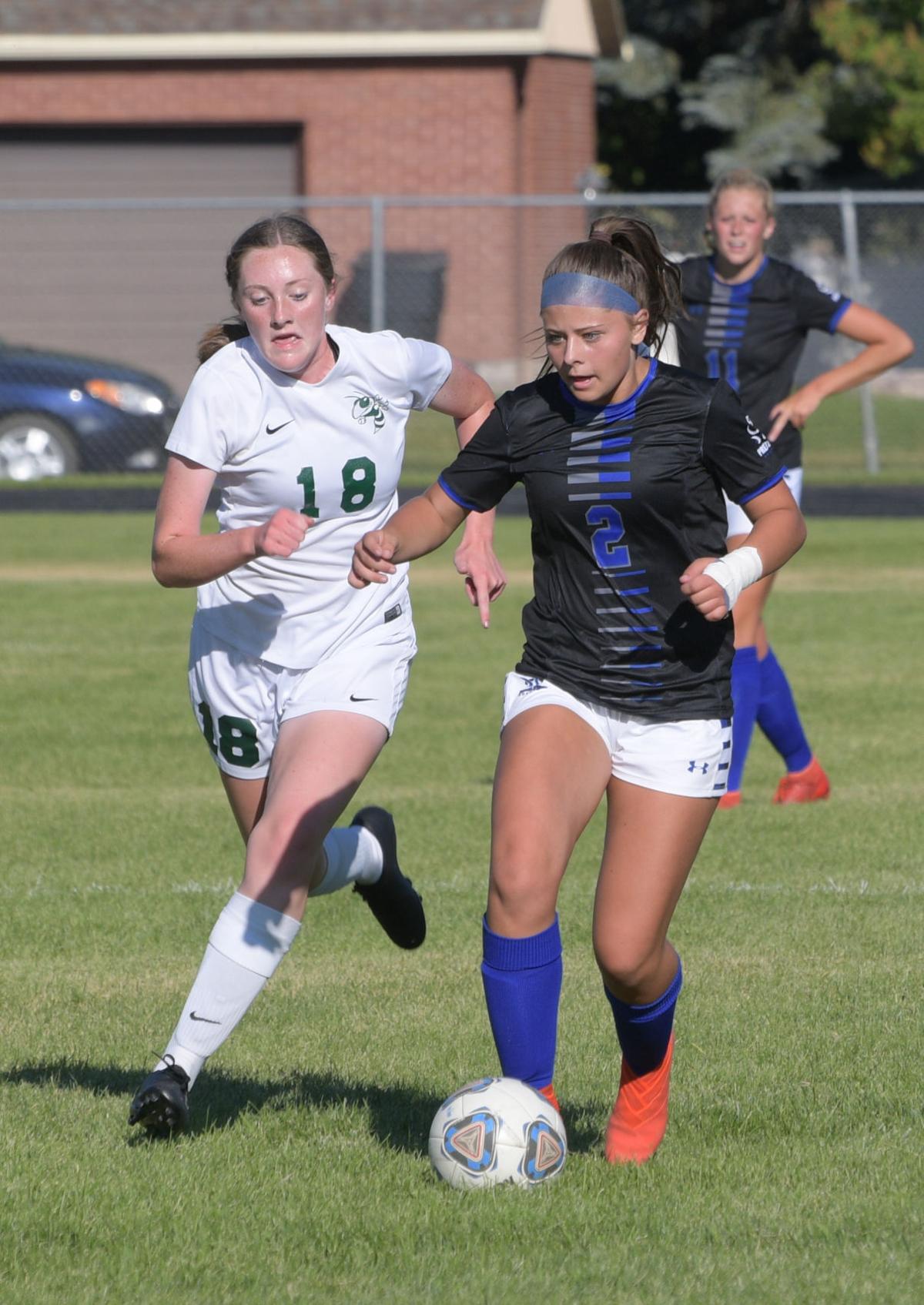 Ashley Lowe-Anderson outdistances her Bonneville opponent for a run on goal. 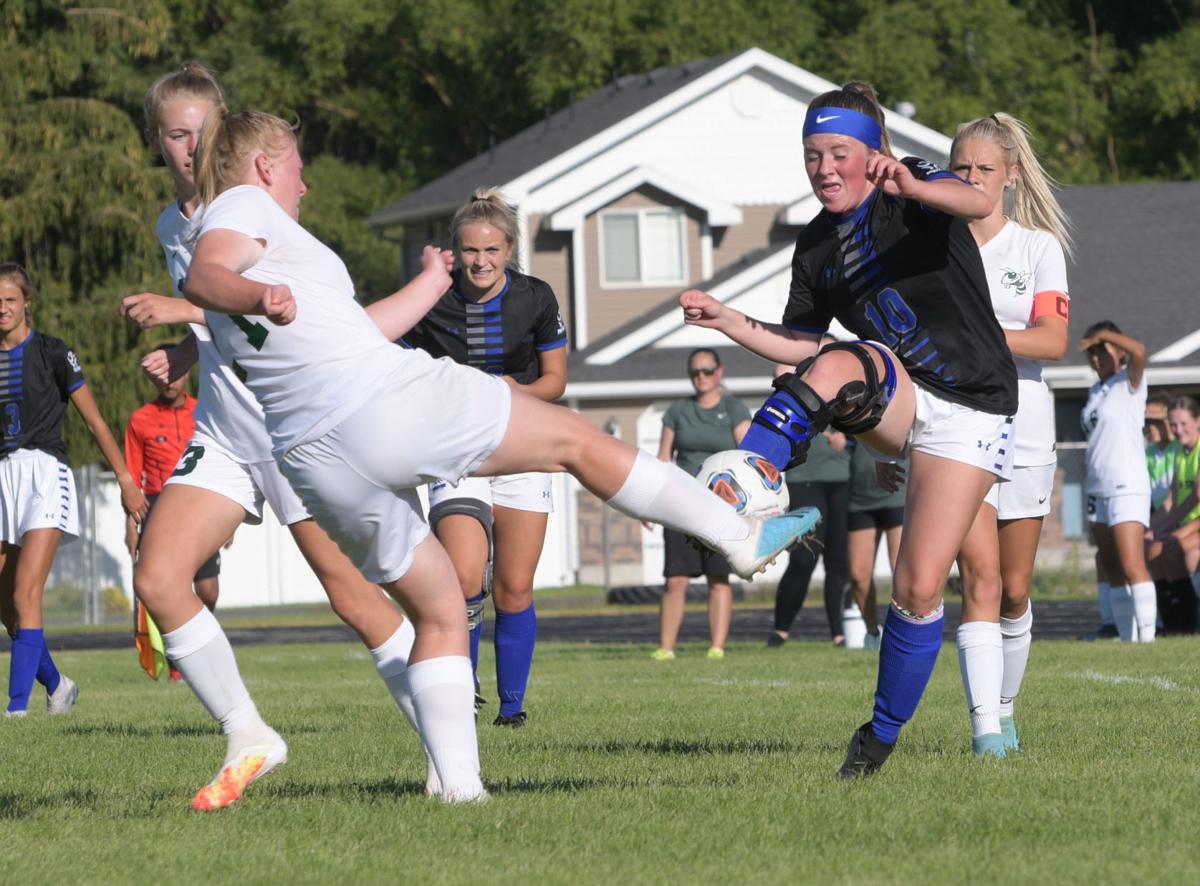 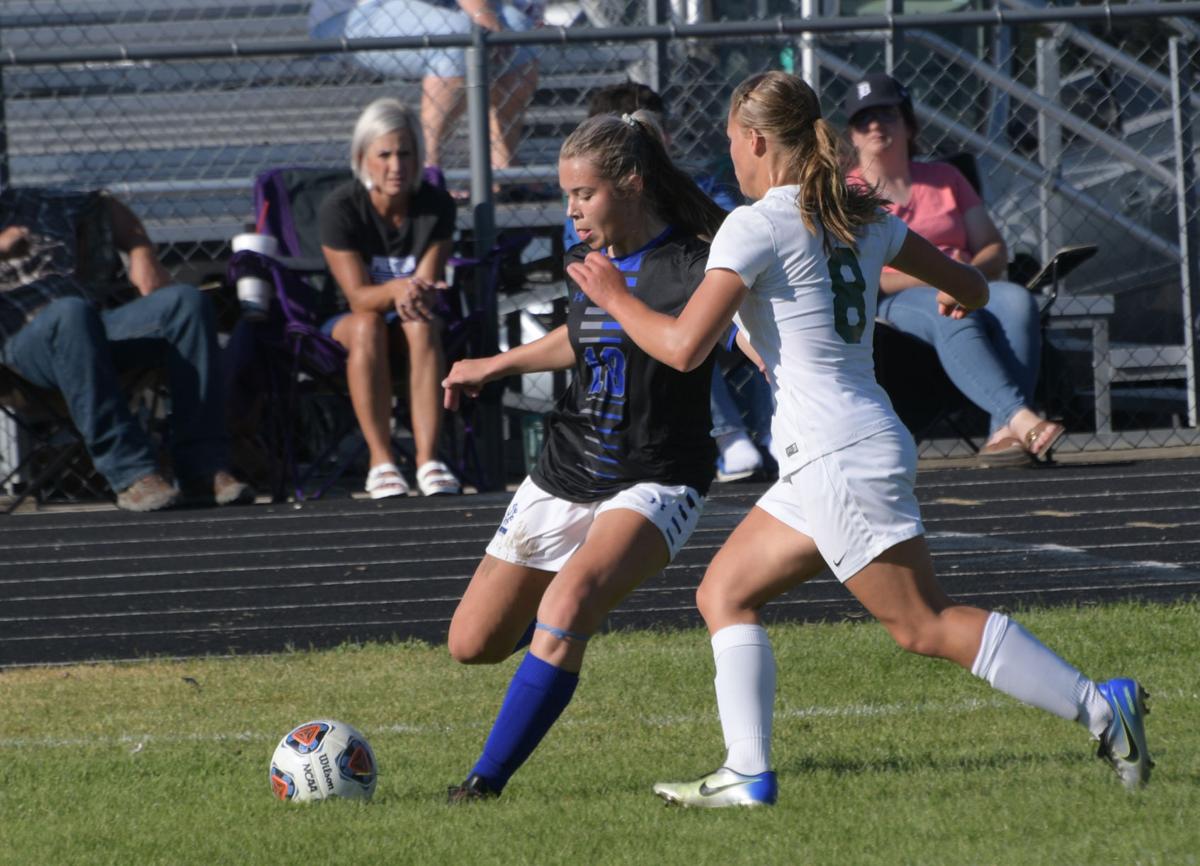 Tessa Hyde breaks through the Bonneville defense to get off a shot.

Ashley Lowe-Anderson outdistances her Bonneville opponent for a run on goal.

Tessa Hyde breaks through the Bonneville defense to get off a shot.

The Preston girls’ soccer team split their games last week and traveled to Pocatello for a game against Highland on Sep. 8 (score unavailable at press time).

Despite good possession, great opportunities and dangerous shots, at least two of which pinged off the crossbar, the Lady Indians lost 0-2 to Bonneville at home Sep. 3.

“We played well in the first half and put ourselves in a good spot,” said Coach Lyon of the game. “We made a mistake in the first half and let a goal in and then made another in the second half for their second goal. We created some good opportunities, but we have to finish them. If you don’t finish your chances they come back to bite you, especially against good teams like Bonneville. We felt we outplayed them and are the better team but the score doesn’t reflect that. We need to do a better job of not letting the score dictate how we play.”

Ashley-Lowe Anderson was strong for the Indians. “She played extended minutes and played really hard,” said Lyon. “She made some things happen up top.”

Against Marsh Valley on Sep. 1, Preston was hoping to comeback from two tough games the previous week and though they started off slow they accomplished their goal and won 7-0.

“We had no energy,” said Coach Lyon. “Abby bent a corner kick in but that was the only goal. It was a rough first half.”

Things began to look up in the second half. Sydnee Marlow came out of the box and her presence on the field helped bring up the energy level that was lacking earlier. “We know that she can bring that and that is the main reason we made the change,” said Lyon.

Addison Moser scored a hat trick to lead the Indians, Marlow, Andie Bell and Isabel Gonzalez added the other goals for six in the second half.