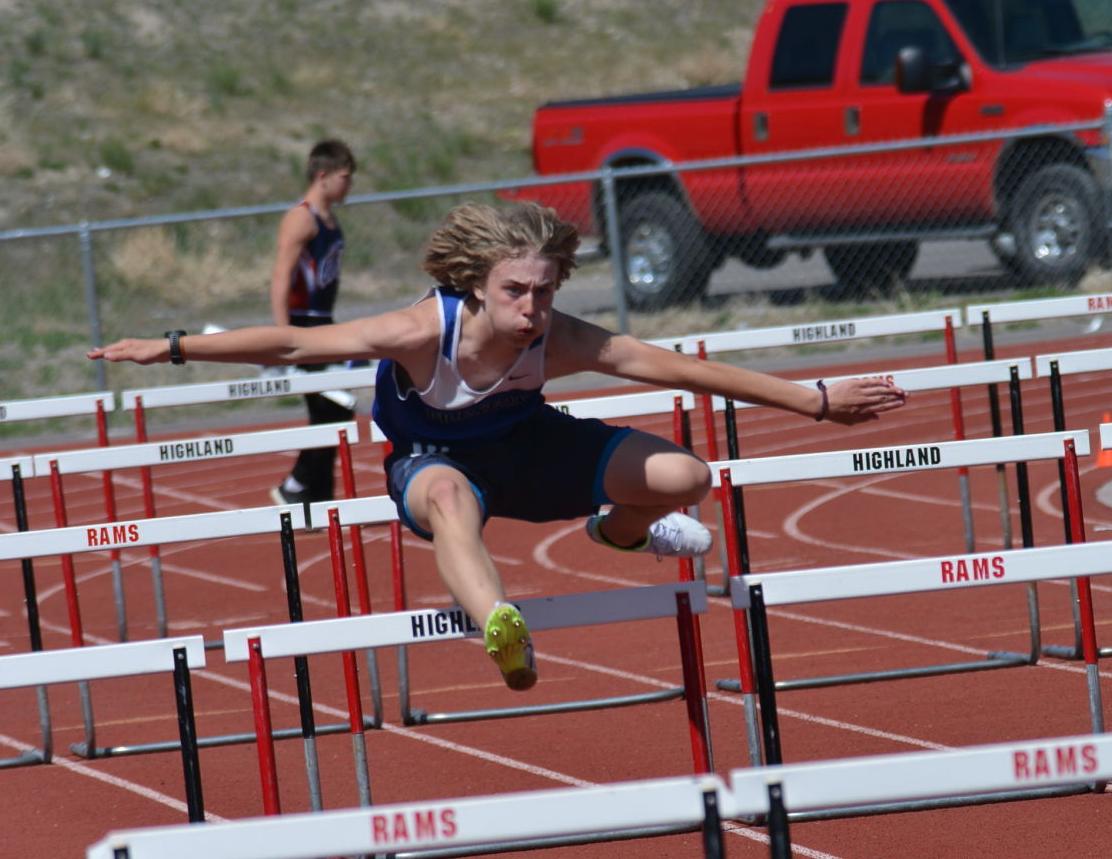 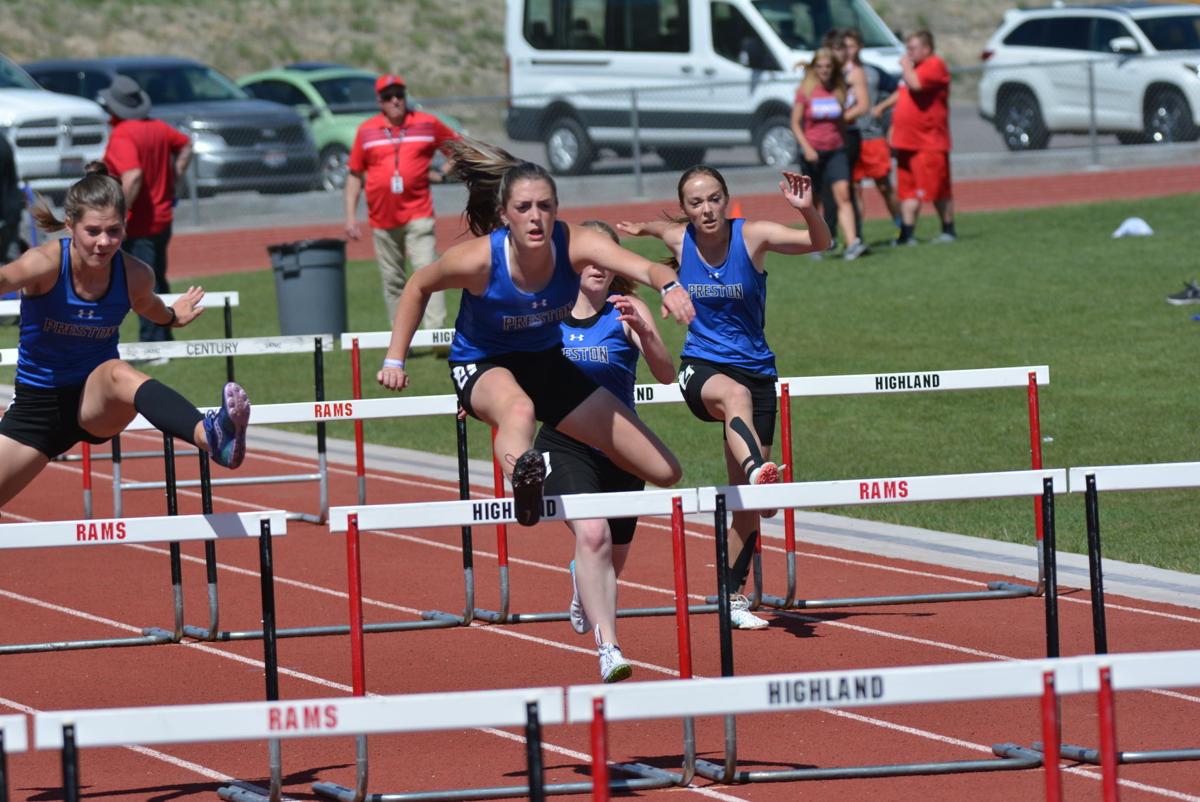 Mickayla Robertson takes gold and recorded personal bests in both the 100m and 300m hurdles. 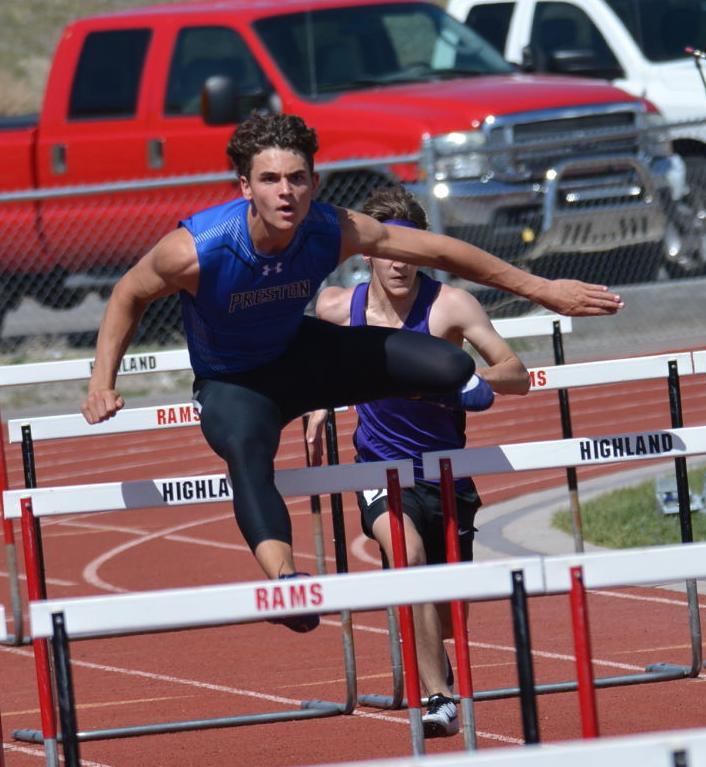 Brecker Knapp takes first in both the 110m and 300m hurdles. 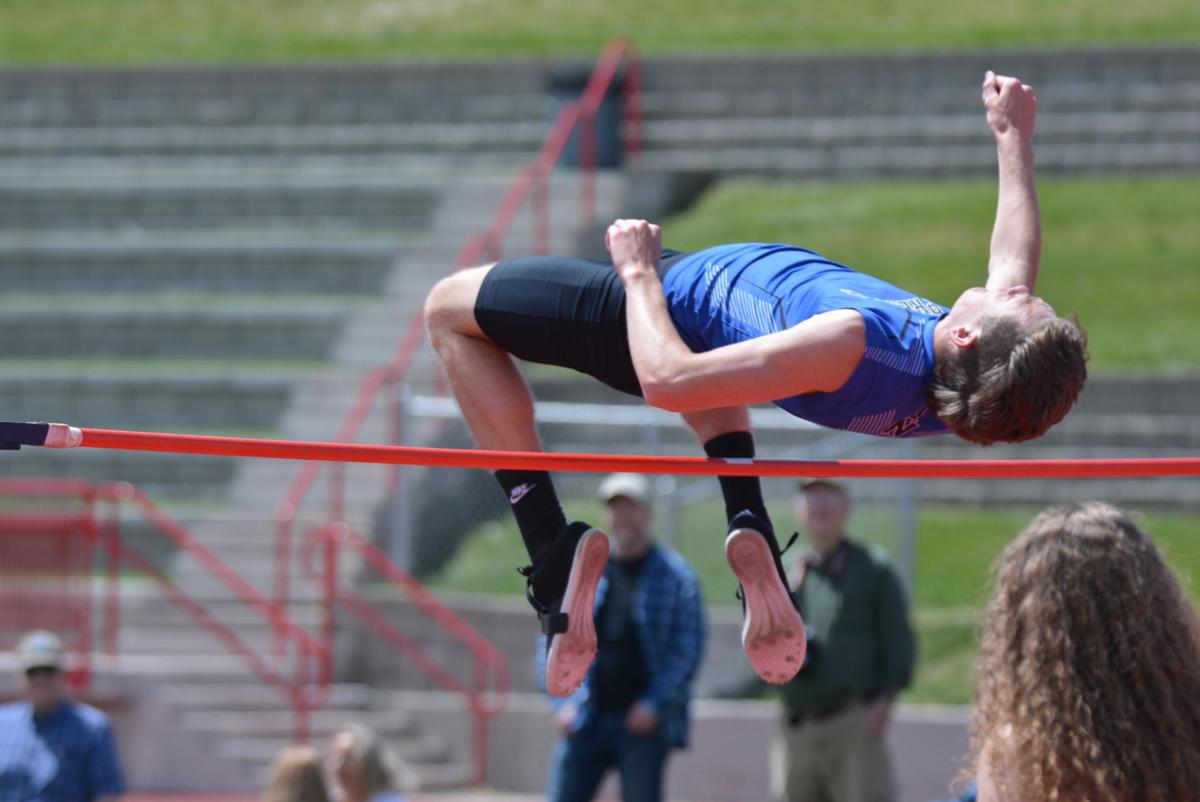 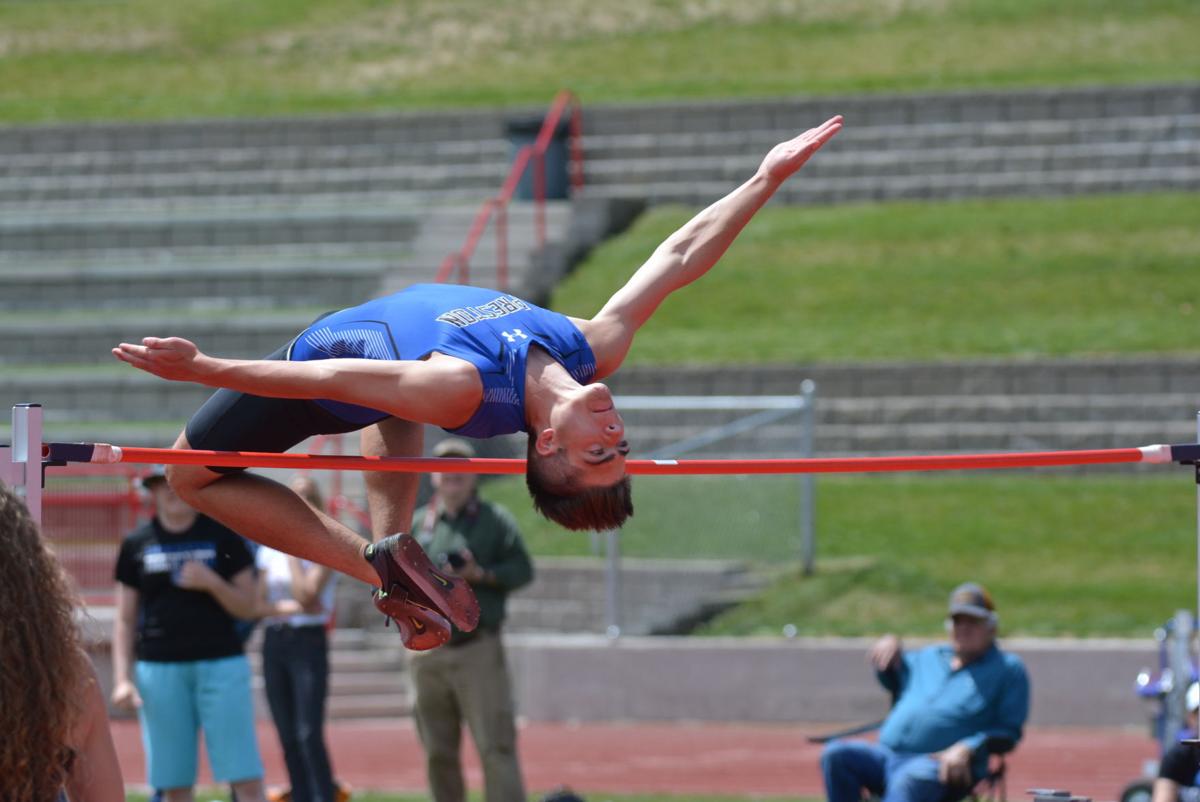 On May 13-14, the PHS track team traveled to Pocatello for the 4A District 5 track meet in a very competitive field. The Preston girls team proceeded to win the district title with 72 points, edging Pocatello who scored 68. The boys team tied with Century 70-70. They will compete at the state tournament at Eagle High School on Friday and Saturday, May 21-22.

“I’m excited for the team,” PHS head coach Brandon Lyon said. “This is as competitive of a district as there is in the state, so to come away with a district championship as a team is a really big accomplishment for the kids.”

Unfortunately, the three team district means some of the top competitors in the state will be staying home. Including Preston’s girls 4x400 relay squad which easily posted the second-fastest time in the 4A classification this spring. The problem is Pocatello was a half second faster. Lyon used the word “sickening” when explaining how his best girls 4x400 squad in at least 12 years won’t have a chance to compete for a state title.

Taylor Romney, Kylie Larsen, Riley Ward and Elly Jeppsen teamed up to clock in at 4:06 in the 4x400. Jeppsen threw down a 58.5-second split.

The Preston girls were led by hurdler Mickayla Robertson, thrower Akazia Knapp and standout freshman middle distance/distance runner Angelie Scott. Robertson beat all comers in the 100 hurdles and the 300 hurdles where she recorded personal records of 16.40 and 49.03 respectively. Knapp also took gold but in the discus (96 feet) and shot put.

Samantha Whiteley placed third in the high jump (4-10), while Olivia Tracy was third in the triple jump with a personal record (PR) of 34-00. Lyon is pretty confident both girls will receive wildcard entries to state and is hopeful Riley Ward will be selected in the 1,600. No such allowances are made for relay teams.

Leading the charge for the Preston boys was Brecker Knapp, who bested his competition in both hurdles races. His time was 15.79 in the 110m hurdles and 41.04 in the 300m hurdles which is a personal best. Charles Iverson gave Preston a 1-2 sweep in the 110 hurdles with his PR of 16.26.

The Indians also went 1-2 in the high jump. Taite Priestley cleared the bar at 6-8 for the fourth straight meet — he went 6-10 a couple weeks ago — and teammate Tyler Lindhardt was successful at 6-2.

Priestley has been competing all season long with a torn meniscus in his plant foot — an injury he suffered during the basketball season.

“There is a considerable amount of pain that has gone into my season,” said Priestley, who is Idaho’s best high jumper regardless of classification. “I’ve had to limit the amount of practices and the amount of meets that I could participate in, making my torn meniscus not only a physical pain, but a mental hindrance as well.”

Benson Palmer soared over the bar at 13-6 to claim the gold medal in the pole vault for Preston, while teammate Kimble Rigby (12-6) was the runner-up. Nick Nielson earned the right to stand on the top spot of the podium in the long jump (20-6.75) for the Indians, as did teammate Cole Harris in the 400 (51.79).

Preston’s Sam Jeppsen was the silver medalist in the 1,600 (4:26) and 3,200 to Poky’s Shane Gard. Jeppsen and Gard, the reigning 4A cross country champion, are two of the best distance runners in the entire state.

Another Preston boy who finished second individually was freshman Russell Kunz in the triple jump (40-10). Lyon is hopeful Edison Leffler will receive a wildcard bid to state in the 3,200, as well as Brayker Smith in the high jump (5-10).

Leffler was one of five boys from the district who completed the 3,200 in less than 10 minutes Thursday. Preston and Poky were far and away the top two 4A cross country programs last fall, so the boys distance races during the track season are an absolute dogfight.

Both Preston squads should challenge for trophies at next week’s 4A State Championships.

“There isn’t a comparison to being on Preston’s track team,” Priestley said. “All of the kids are good people to be around and are fun in different ways.”