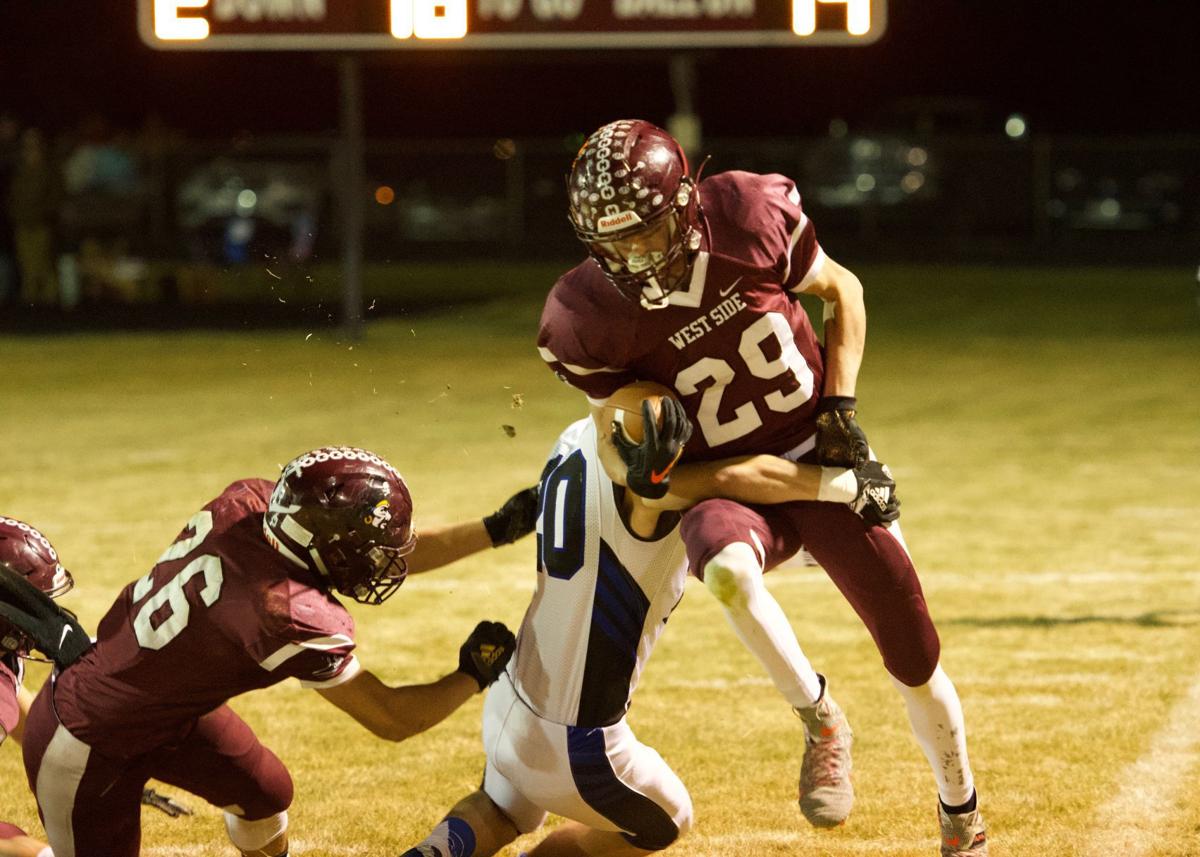 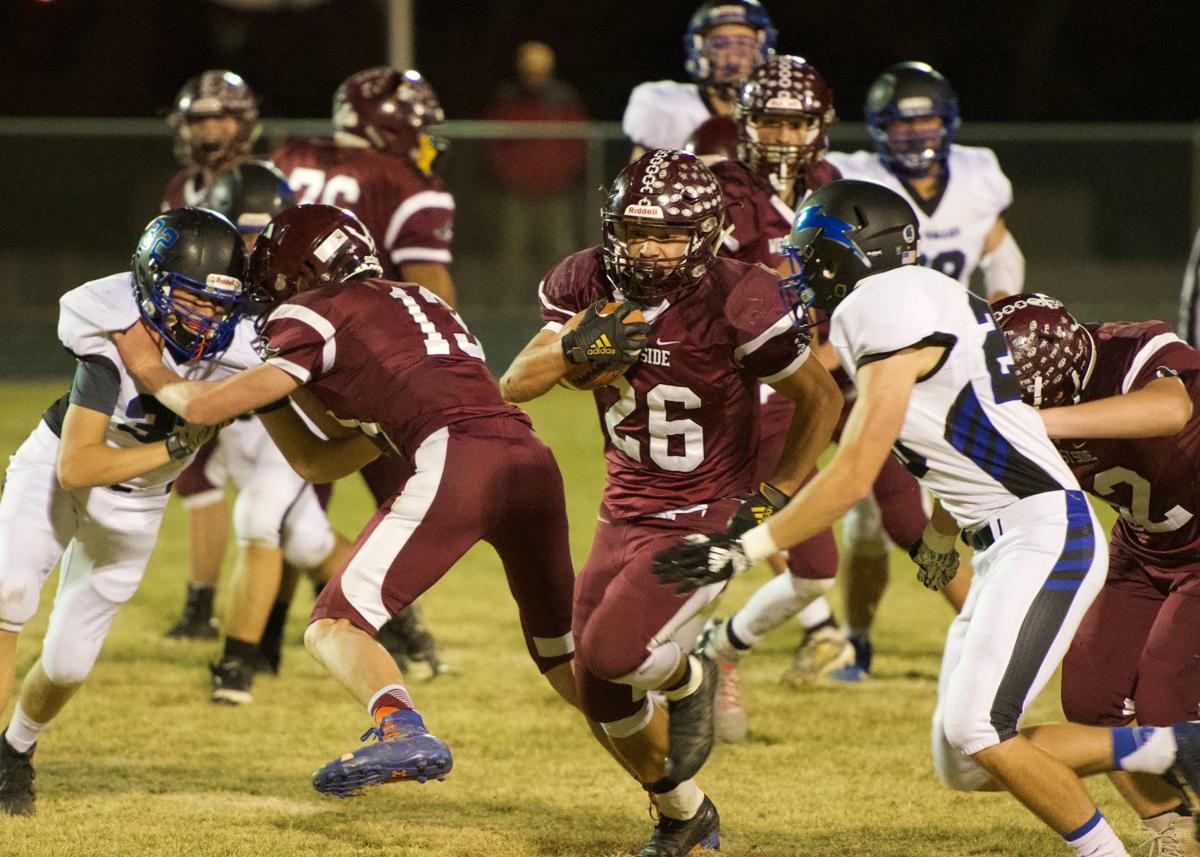 Cage Brokens with a first down and more. 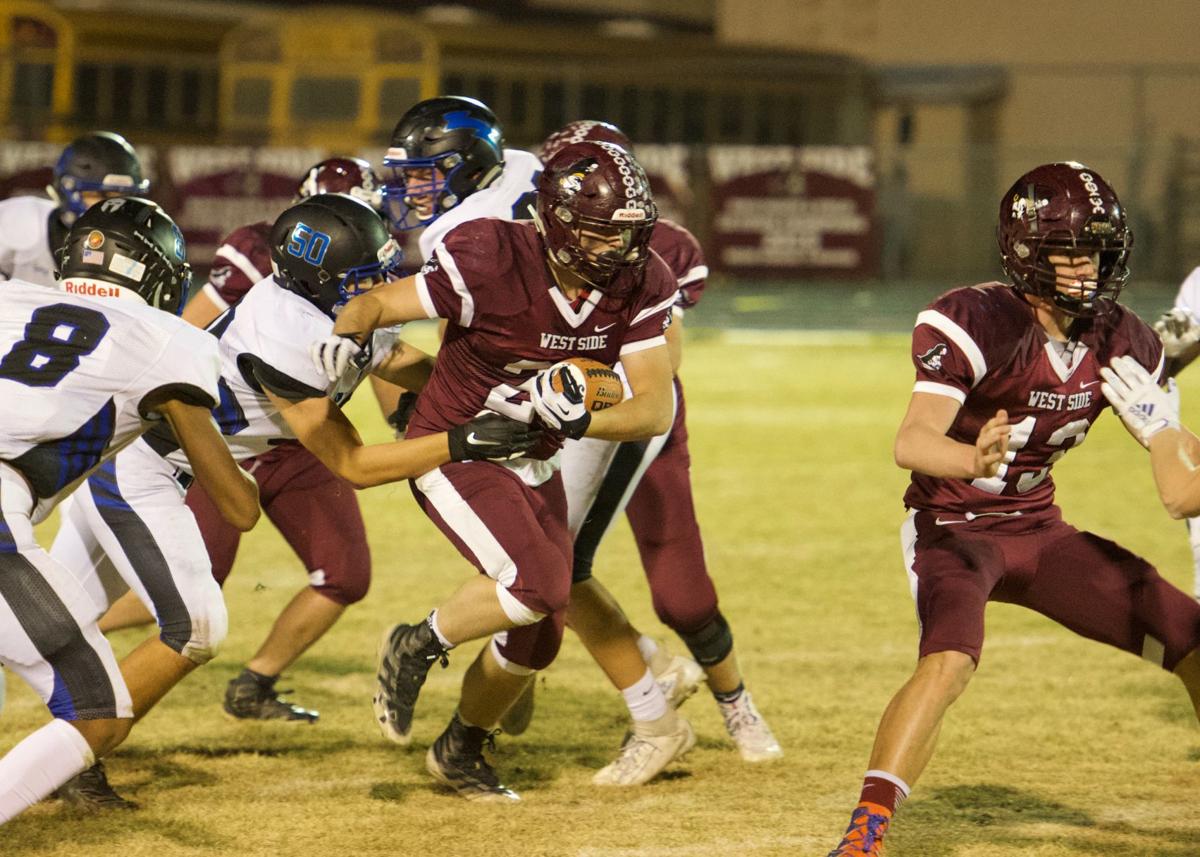 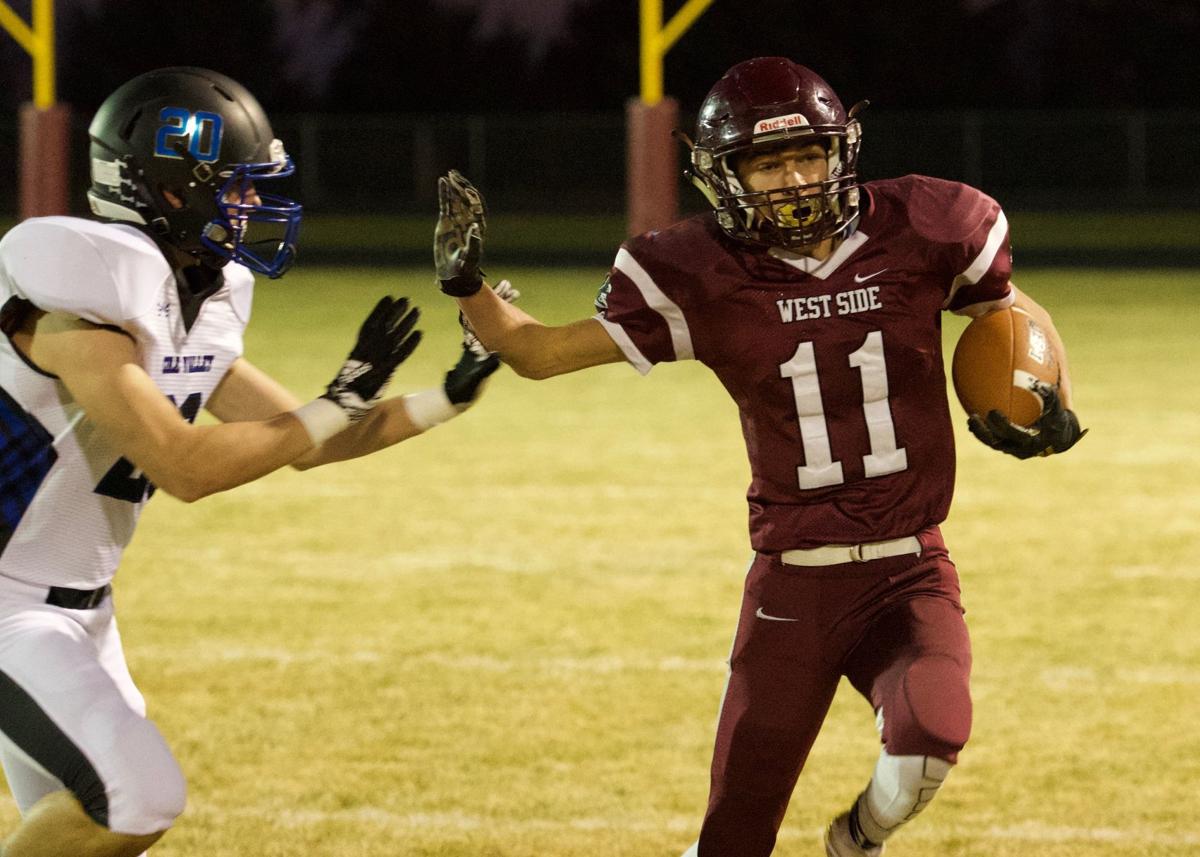 Cage Brokens with a first down and more.

West Side High School’s football team continues to overpower their opponents and advance towards a state title. This weekend, the Pirates will host No. 4 ranked Melba High on Saturday, Nov. 16, at 1 p.m. in the semi-final games.

Last weekend, the top-seeded Pirates fought for a 42-22 victory over Cole Valley Christian in the quarterfinals of the 2A football state playoffs. They fell-behind during the second quarter, but exploded for 43 unanswered points — 35 in the middle two quarters.

“It was ugly there (for a while),” said West Side head coach Tyson Moser, who has guided his team to the 2A semifinals in eight of his 11 years at the helm. “It did not look good for us part way into the second quarter, it did not look good at all. We couldn’t stop them. Our second drive, I think we went three and out. ... But the kids were able to fight back and turn the momentum, and once they turned the momentum, it was over.”

”The offensive line was awesome,” coach Moser said. “They did a great job. (Cole Valley) threw some different defensive fronts at us and did some things that we weren’t quite prepared for, and our offensive line made the adjustments they needed to make.” All of the team’s touchdowns were on the ground. But when the Pirates did pass the ball, they were very efficient. West Side went 4 for 4 through the air for 83 yards.

West Side limited Cole Valley’s explosive offense to 158 total yards. The Chargers, who only managed 32 yards on 23 rushing attempts, averaged nearly 36 points during their first eight games of the season.