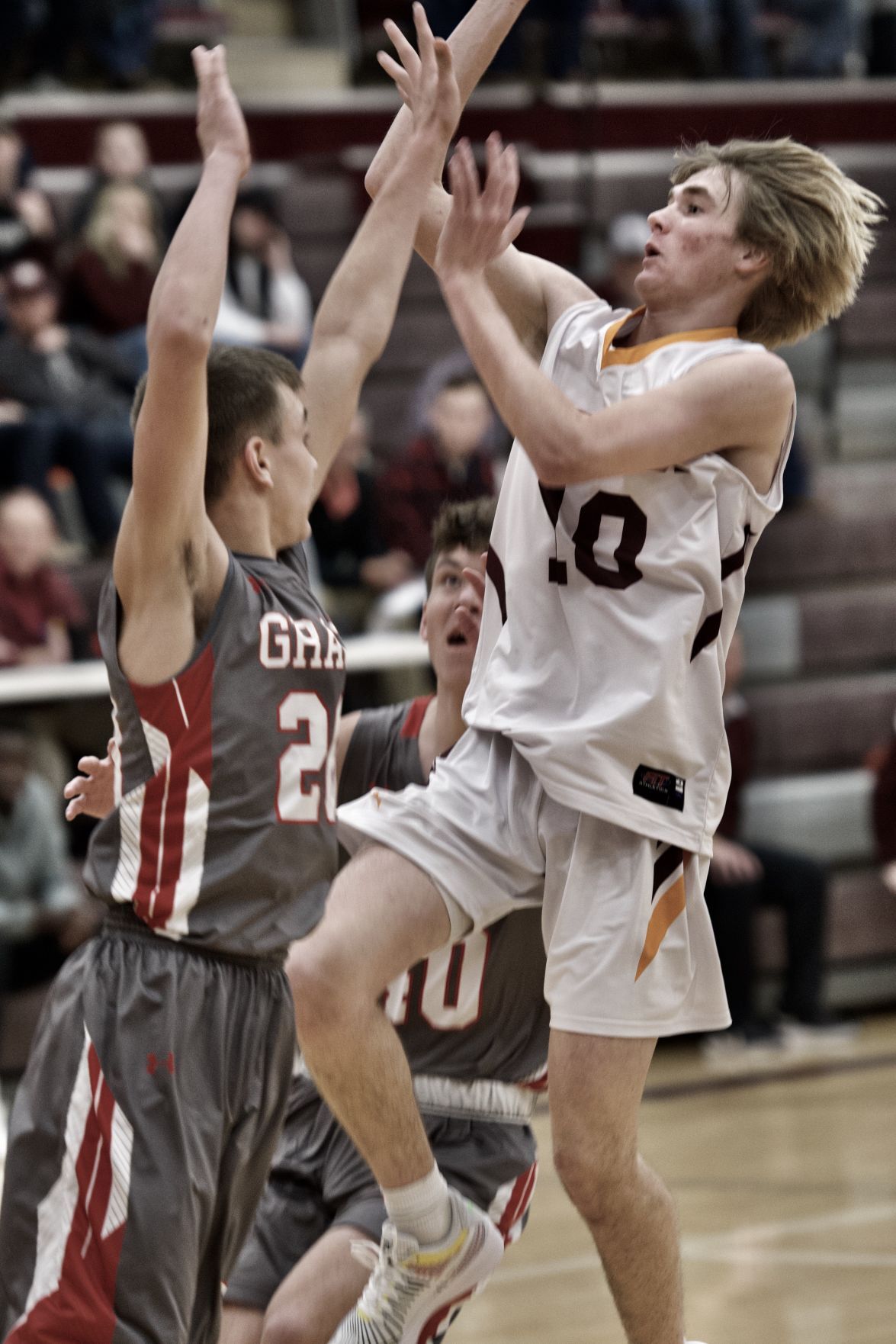 Blaze Brown drives to the rim. 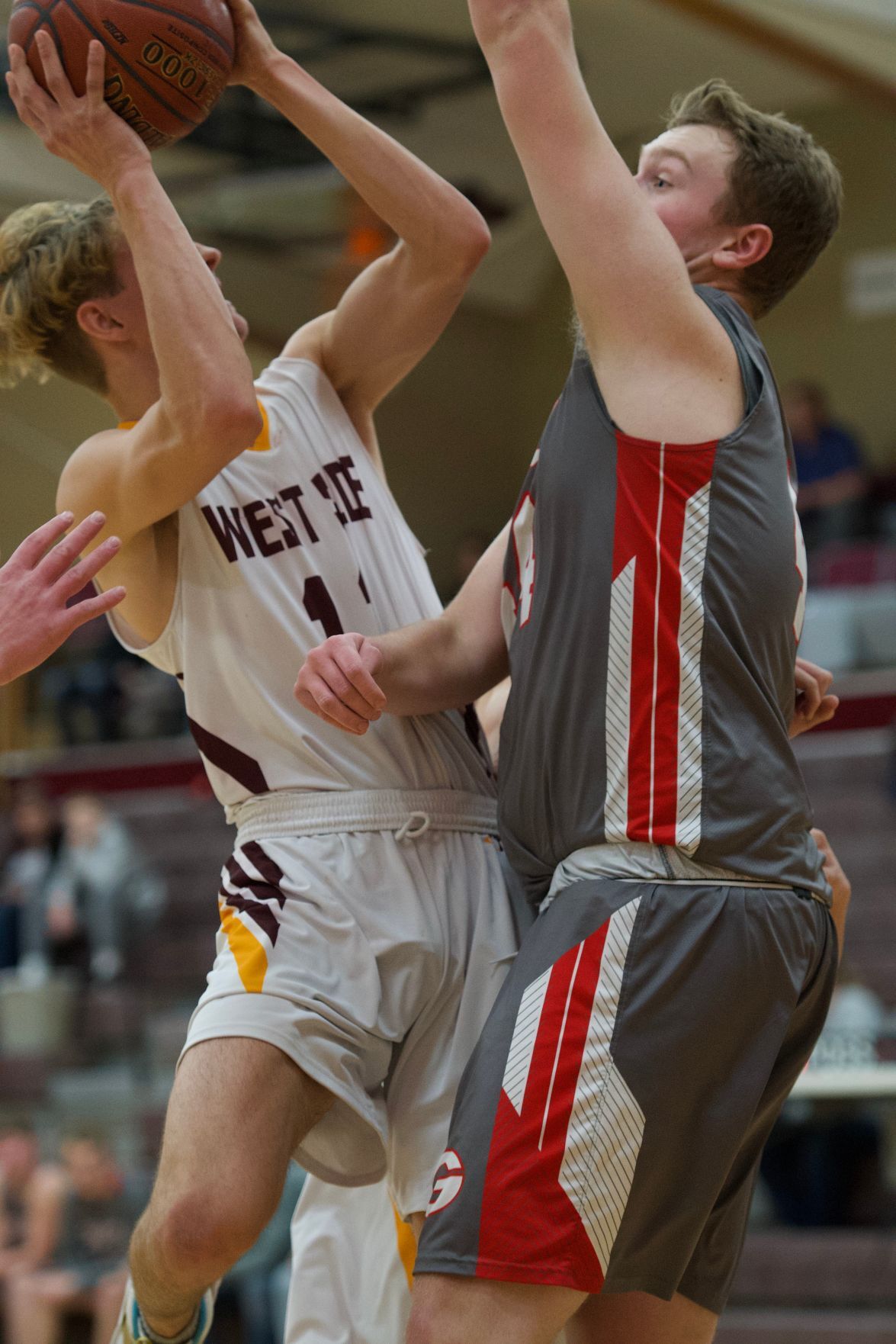 Bryler Shurtleff finds a way to score in the paint. 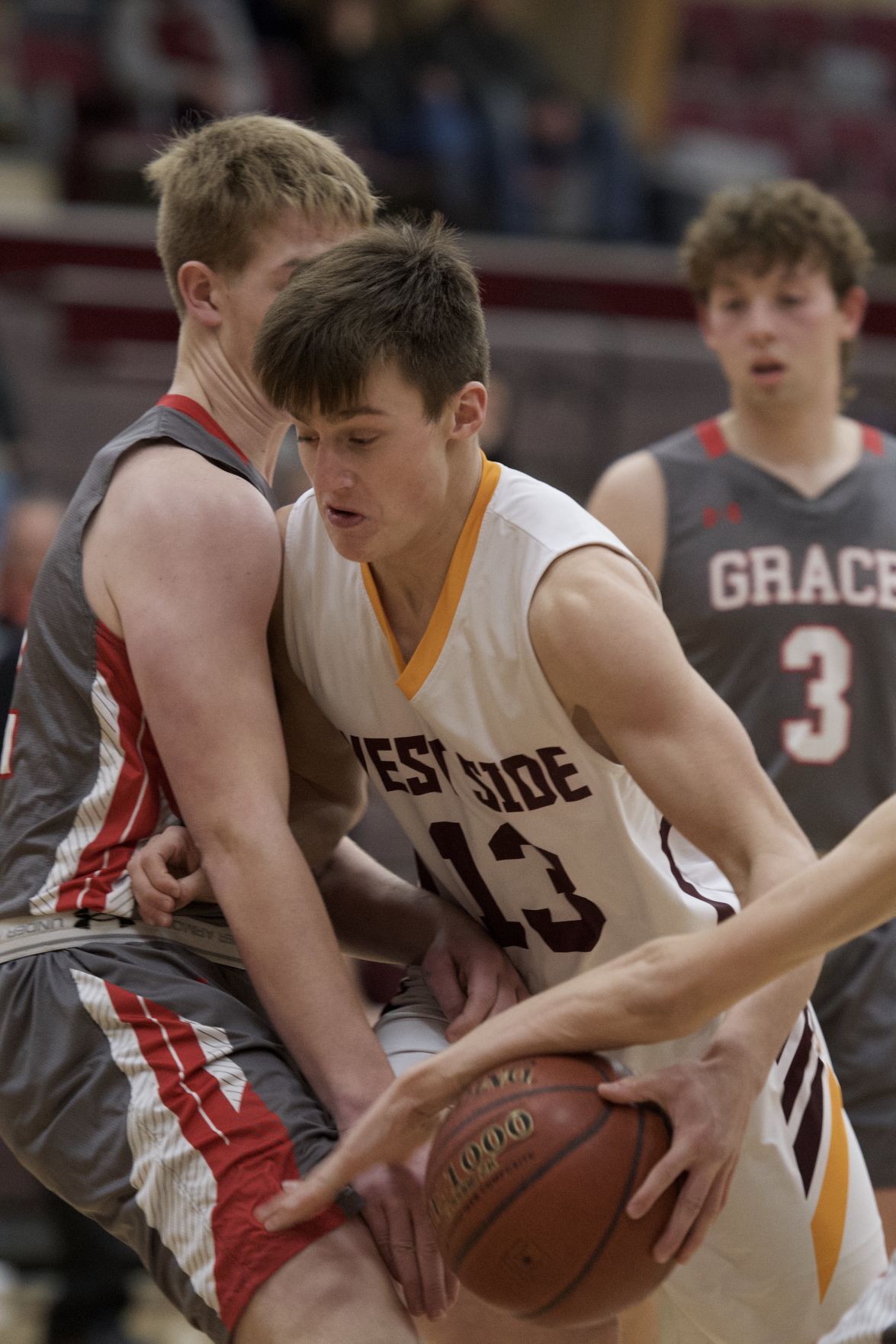 Easton Henderson breaks to the paint for the score. 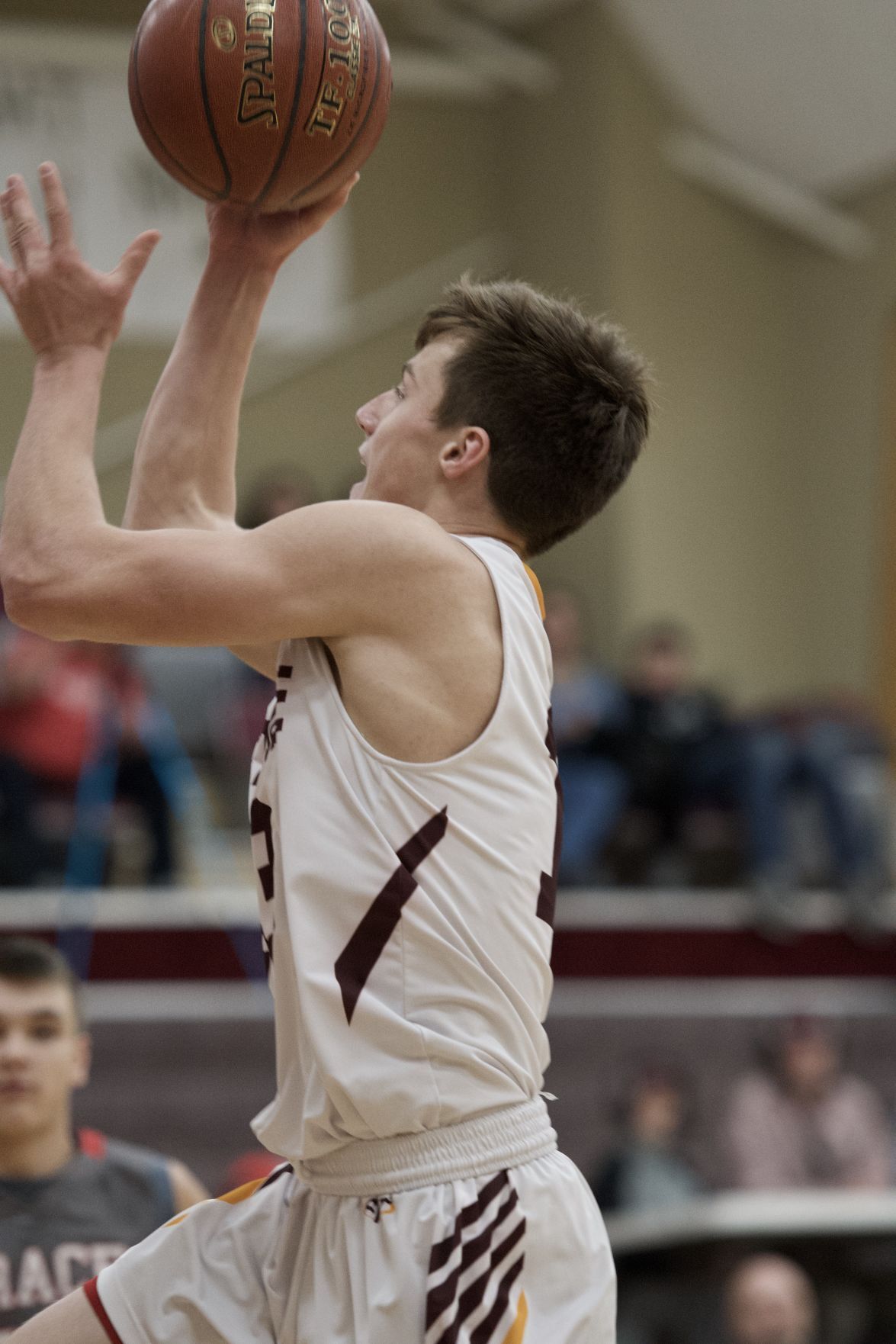 Easton Henderson with the touch for the score. 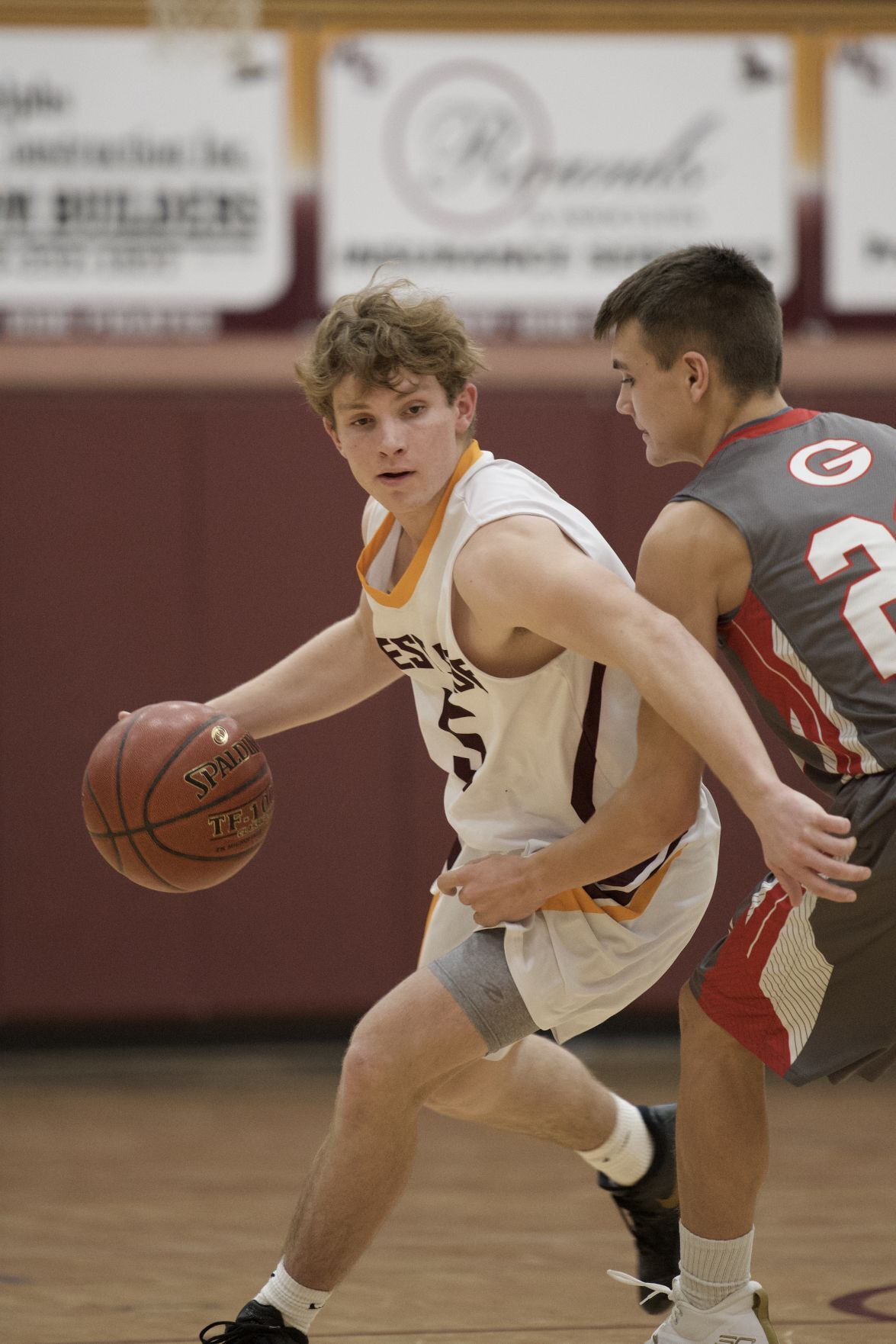 Blaze Brown drives to the rim.

Bryler Shurtleff finds a way to score in the paint.

Easton Henderson breaks to the paint for the score.

Easton Henderson with the touch for the score.

The Pirates split their two games last week with a loss to Marsh Valley and a win over Grace. They host Firth on Thursday, Jan. 7, at 7:30 p.m. and travel to Rich, Utah, on Friday, Jan. 8, to play a 4 p.m. game. West Side defeated Firth in their earlier match-up this season.

“This week we play a very good Firth team, then travel to Rich County Utah to play a very good Rich team on Friday,” said Coach Tyler Brown. “It will be another tough week of games.  Then next week we start league games.”

At home on Jan. 2, the Pirates lacked intensity in the first quarter which translated in to a 17-11 lead for Grace. West Side cut the deficit to three by the half and carried that momentum over to the third quarter.

“We didn't shoot the ball very well the first quarter but had a pretty good second half shooting,” Brown said. “Grace is another good team. They can shoot and are very fundamentally sound. Itwas good to start the new year out with a win. I thought Ryan Lemmon and Jackson Stewart hit some big 3's for us at crucial times in the game to help us win.”

Though Bryler Shurtliff led the scoring with 24 points, West Side had contributions from six other players taking some of the pressure off Shurtliff and opening opportunities all around.

The Pirates fell 62-52 to Marsh Valley at home on Dec. 30. A slow start left West Side trailing 10-24 at the end of the first quarter but they were able to pare the deficit to one by the half. The Pirates limited the Eagles to just six points in the quarter making it 29-30 going into the third.

In the second half West Side scored but could not keep Marsh Valley from doing the same. The Eagles outscored West Side by six in the third and added five more to their lead in the fourth for the win.

“MV is a really good team; they are quick and can shoot the basketball,” said Coach Brown. “They jumped out to a 24-10 lead with some really good shooting.”   “We fought back in the second quarter and made a game of it.  We had a lead at times in the third quarter but only scored 10 points total.”

Blaize Brown had a good night leading the Pirates with 19 points and Bryler Shurtliff added 16. They both hit three 3-pointers on the night, helping keep the Pirates in the game. Easton Henderson was perfect at 6 of 6 from the stripe and finished with eight points. Lemmon added five, and Ryker Love and Noreen two each.

”I thought the team played hard the whole game, they just had a hard time scoring in the first and third quarters.”