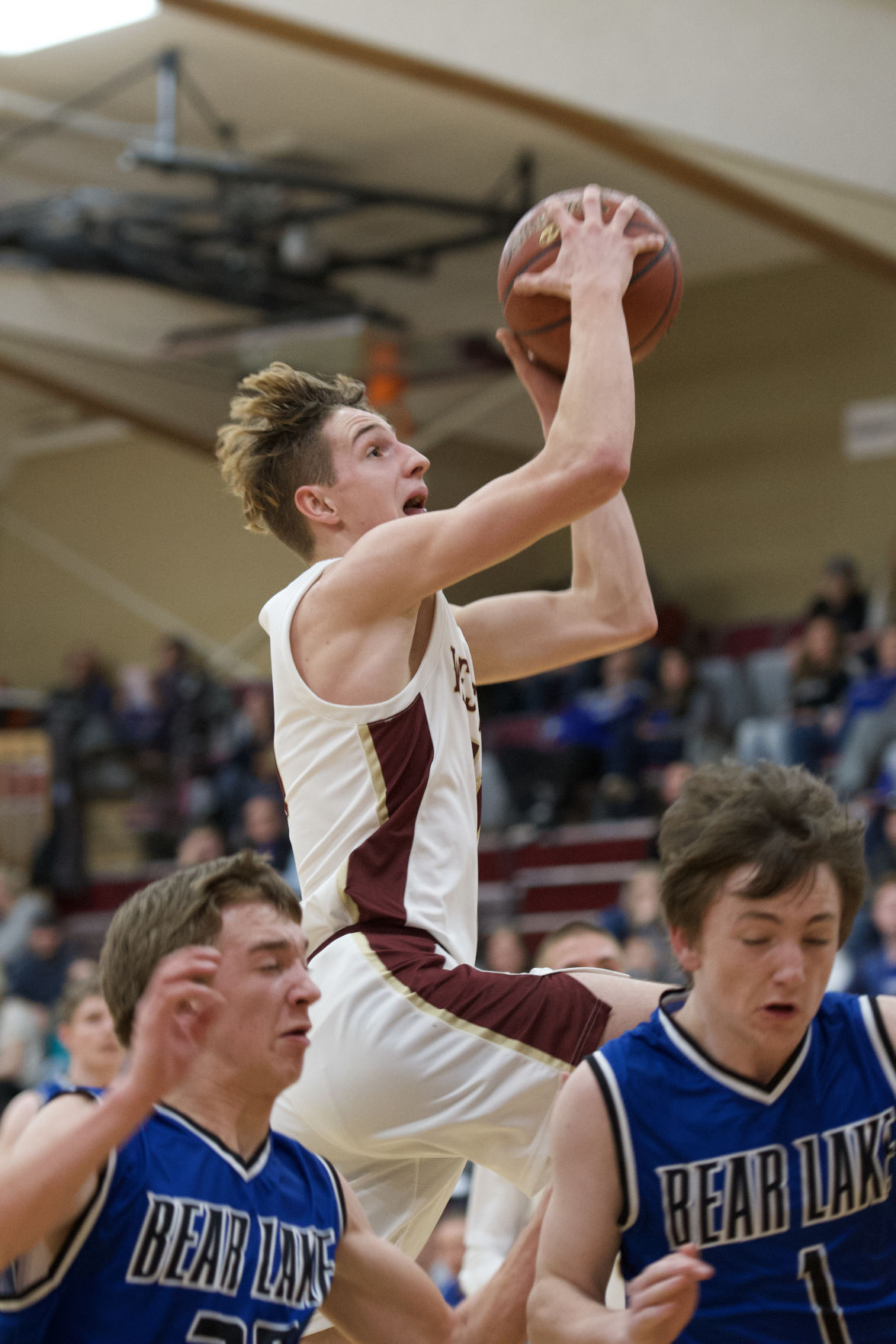 Bryler Shurtliff flying over the Bear defenders for the bucket. 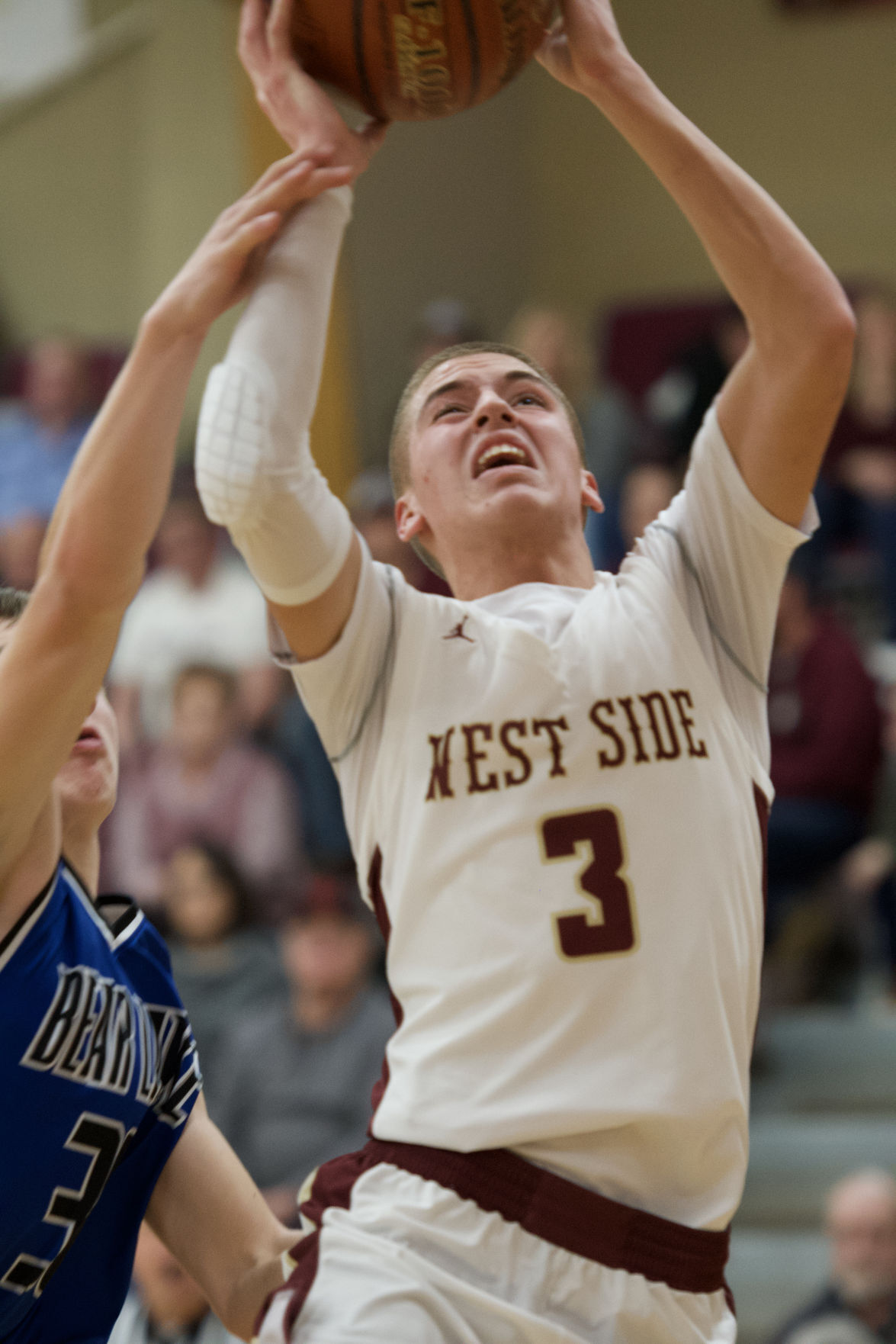 Brenton Noreen fouled and the bucket. 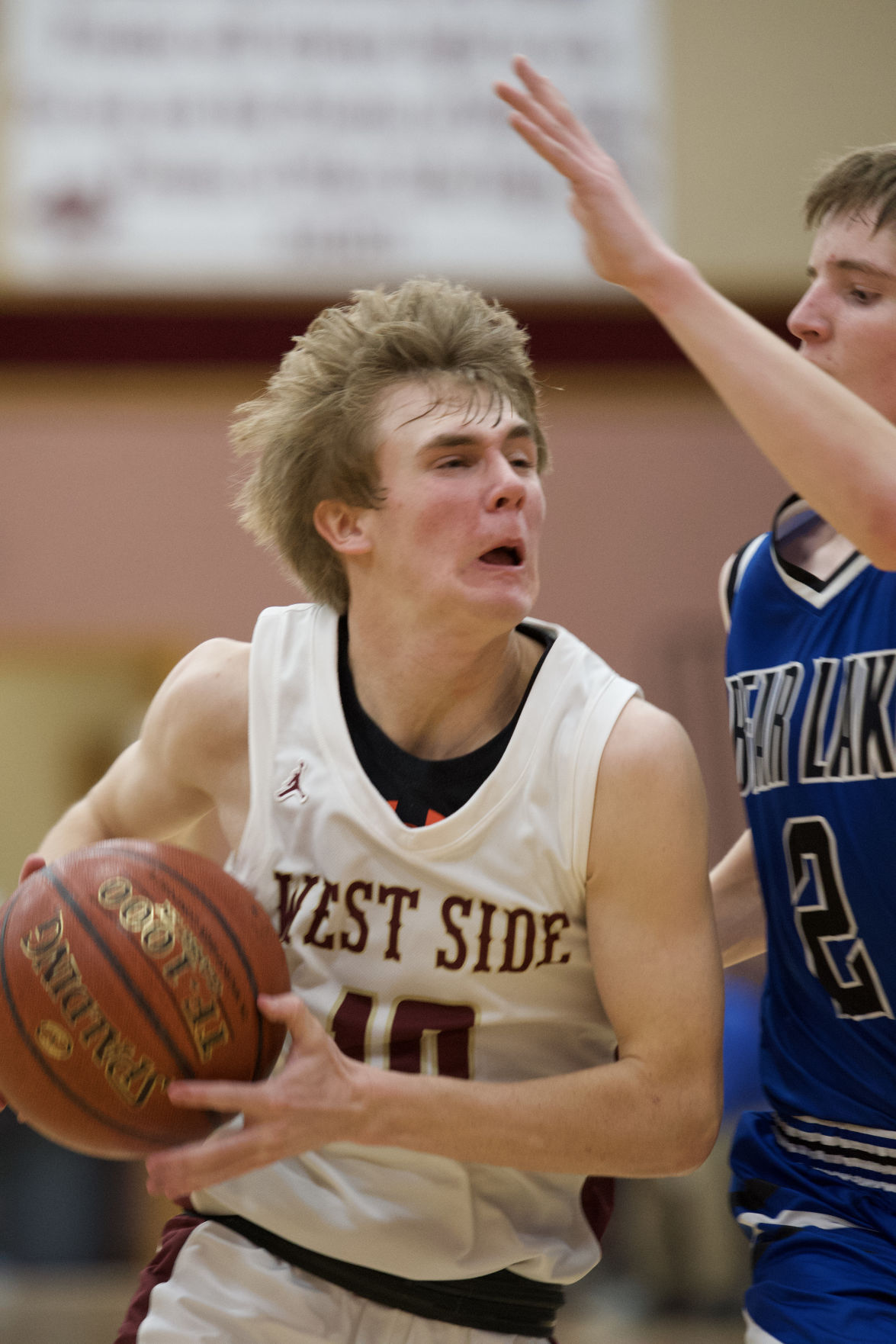 Blaize Brown driving for the score. 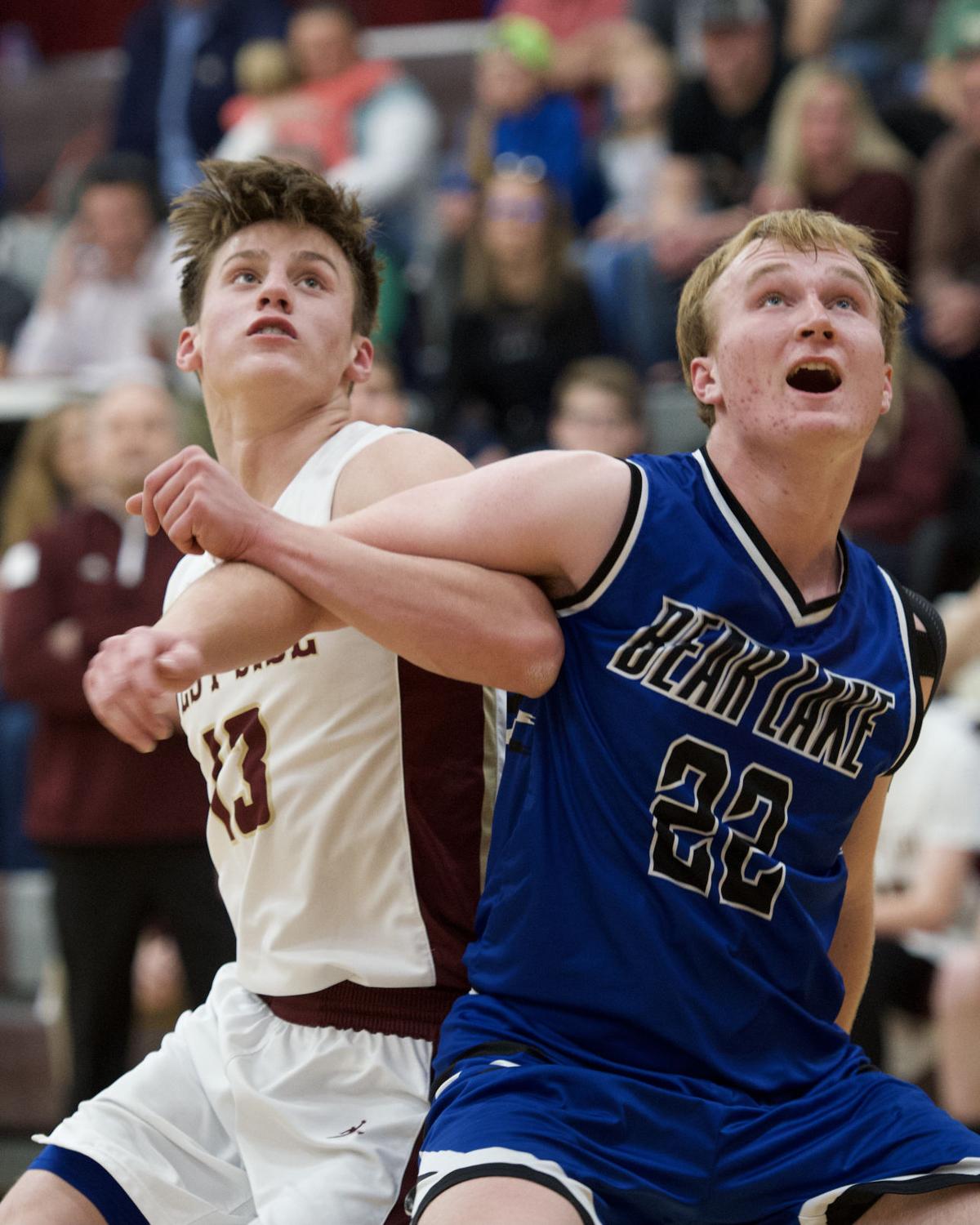 Bryler Shurtliff flying over the Bear defenders for the bucket.

Brenton Noreen fouled and the bucket.

Blaize Brown driving for the score.

The Pirates are going to state, the only question left is whether they will go as district champions for the third straight year. After beating Bear Lake at home on Feb. 18, West Side only needs one more win to secure the title. They will play the winner of the Bear Lake/Soda Springs game at a neutral location on Thursday, Feb 25 at 7 p.m. A loss would force an eighth game.

As the only conference team to beat West Side this season, the Bear Lake Bears were expected to put up a fight when they came to town on Feb. 18. That fight lasted one quarter before the Pirates took control of the middle two quarters and put the game away 70-46.

A 14-16 lead at the end of the first quarter became an 11 point lead at the half at 35-24 but it was the third quarter that really put the game away. West Side held the Bears to just three points while they netted 17at the other end.

Bear Lake put together a good fourth quarter and outscored the Pirates 19- 18, but it was too little, too late.