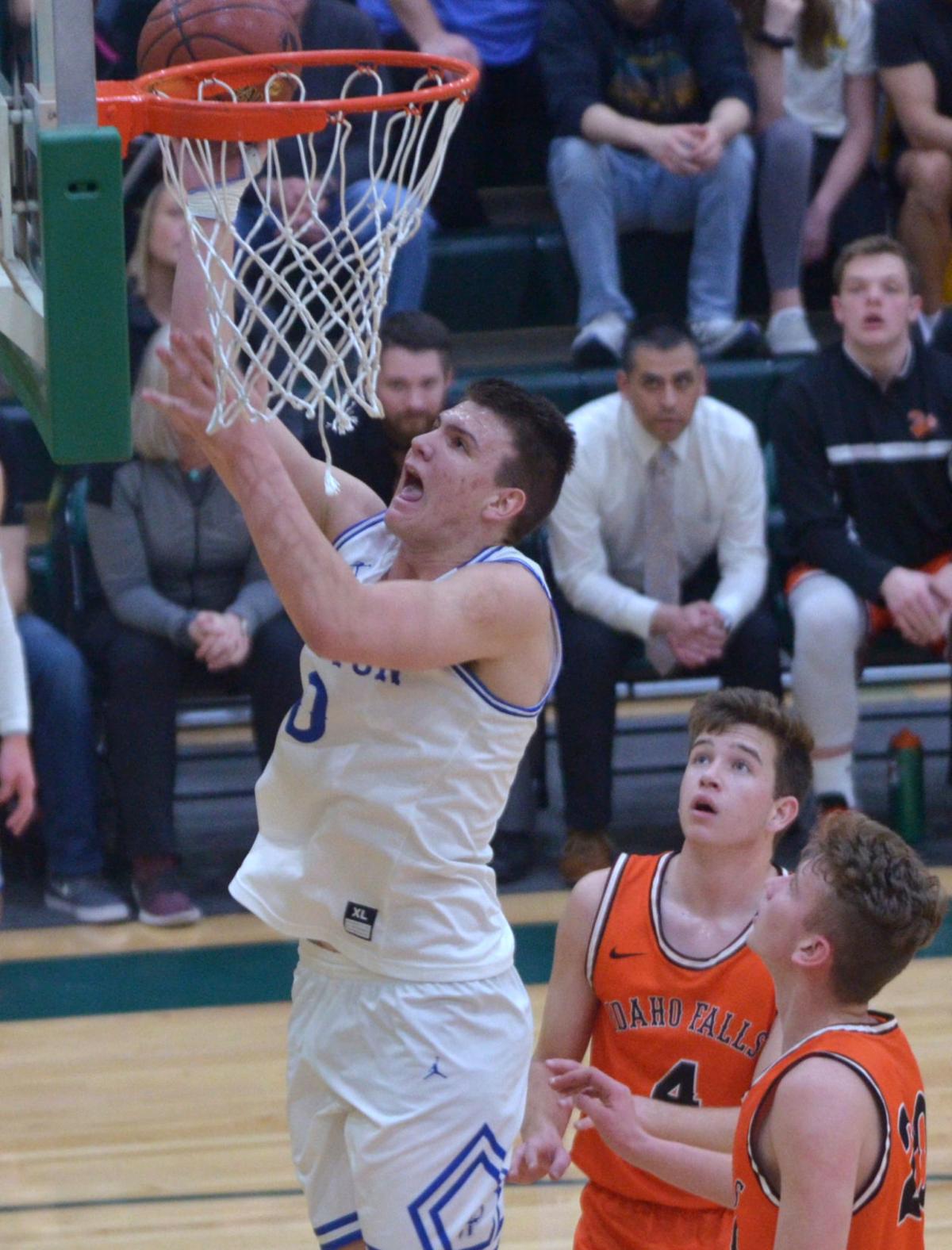 Ty Hyde gets two points in the paint. 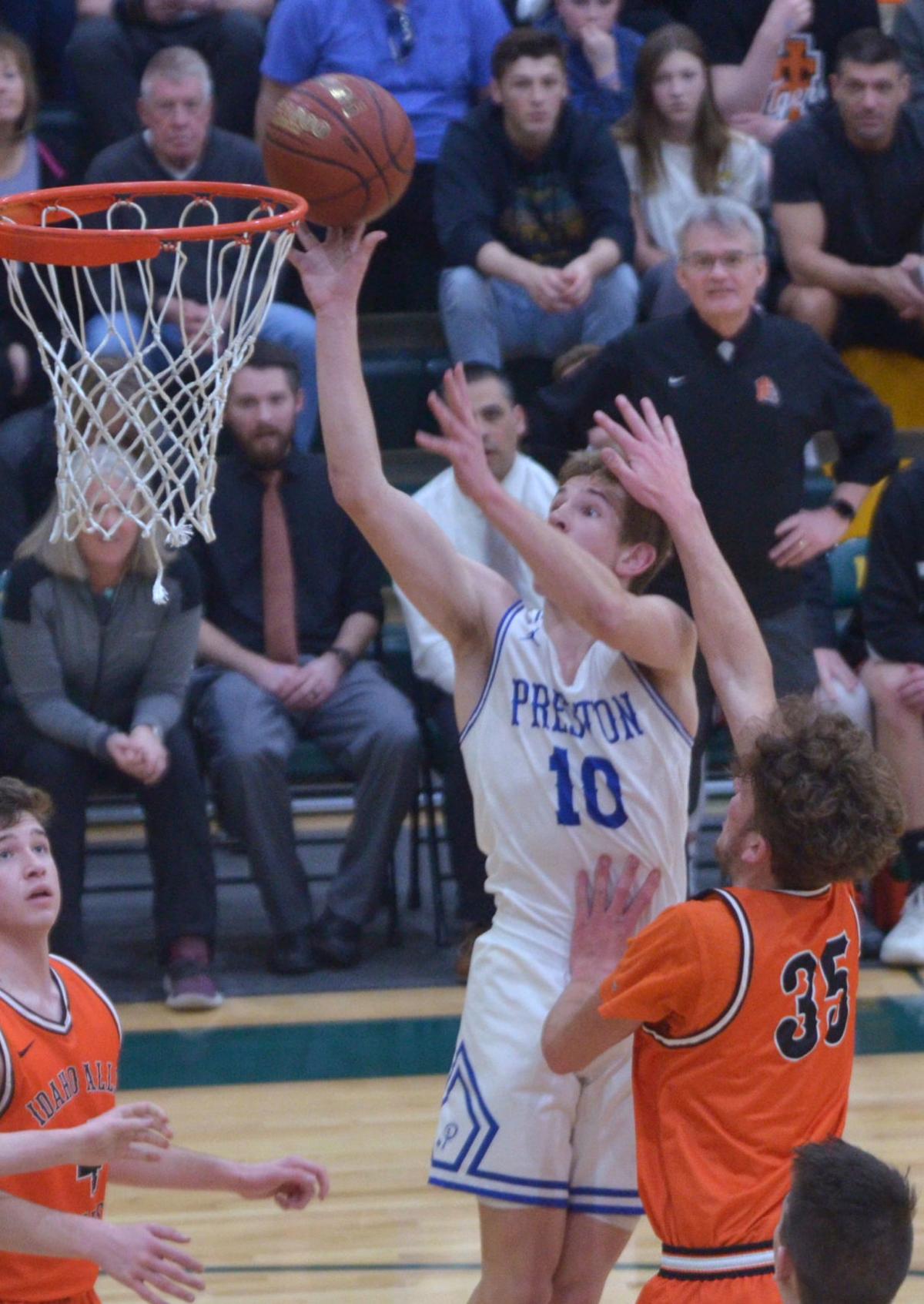 Garrett Ward picks up two points in the first half. 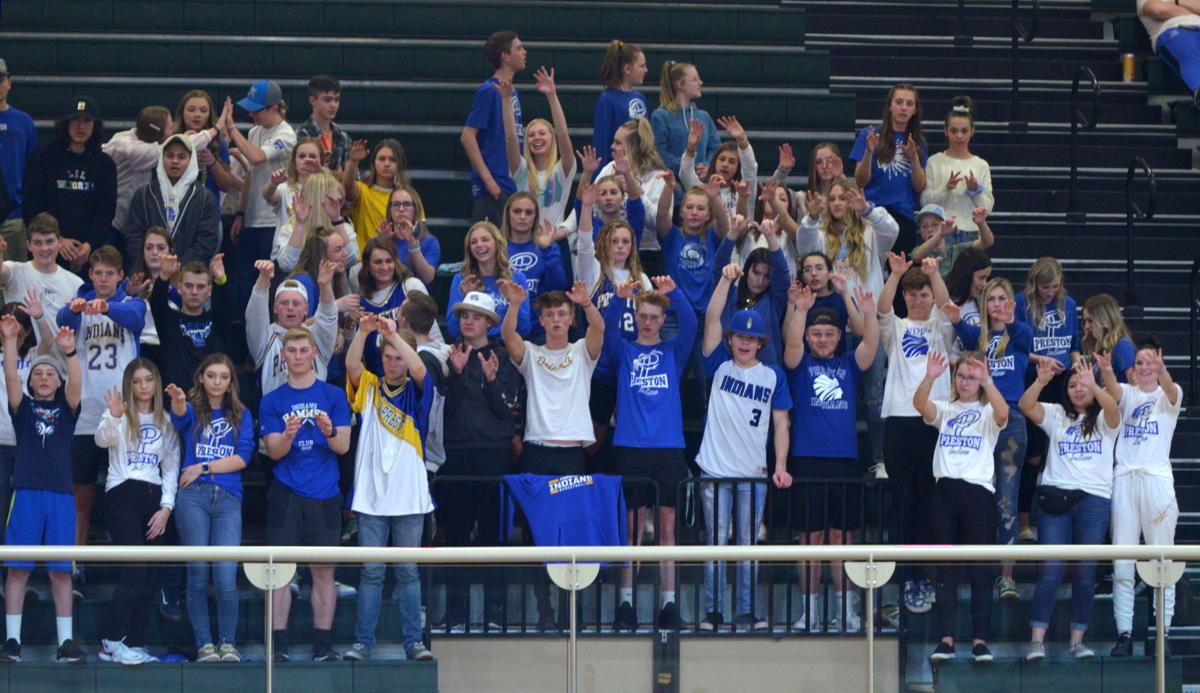 The student body supports their team during free throws. 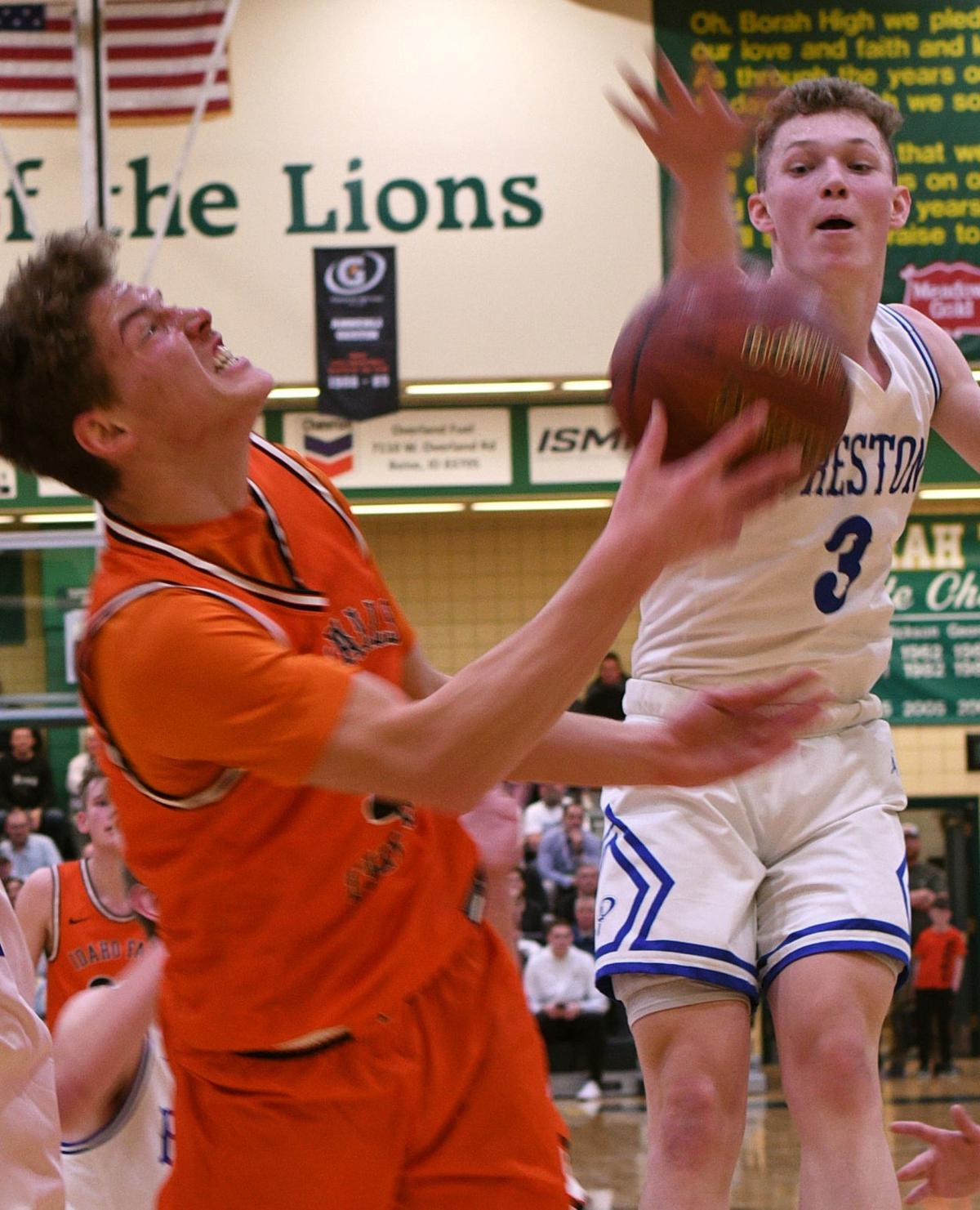 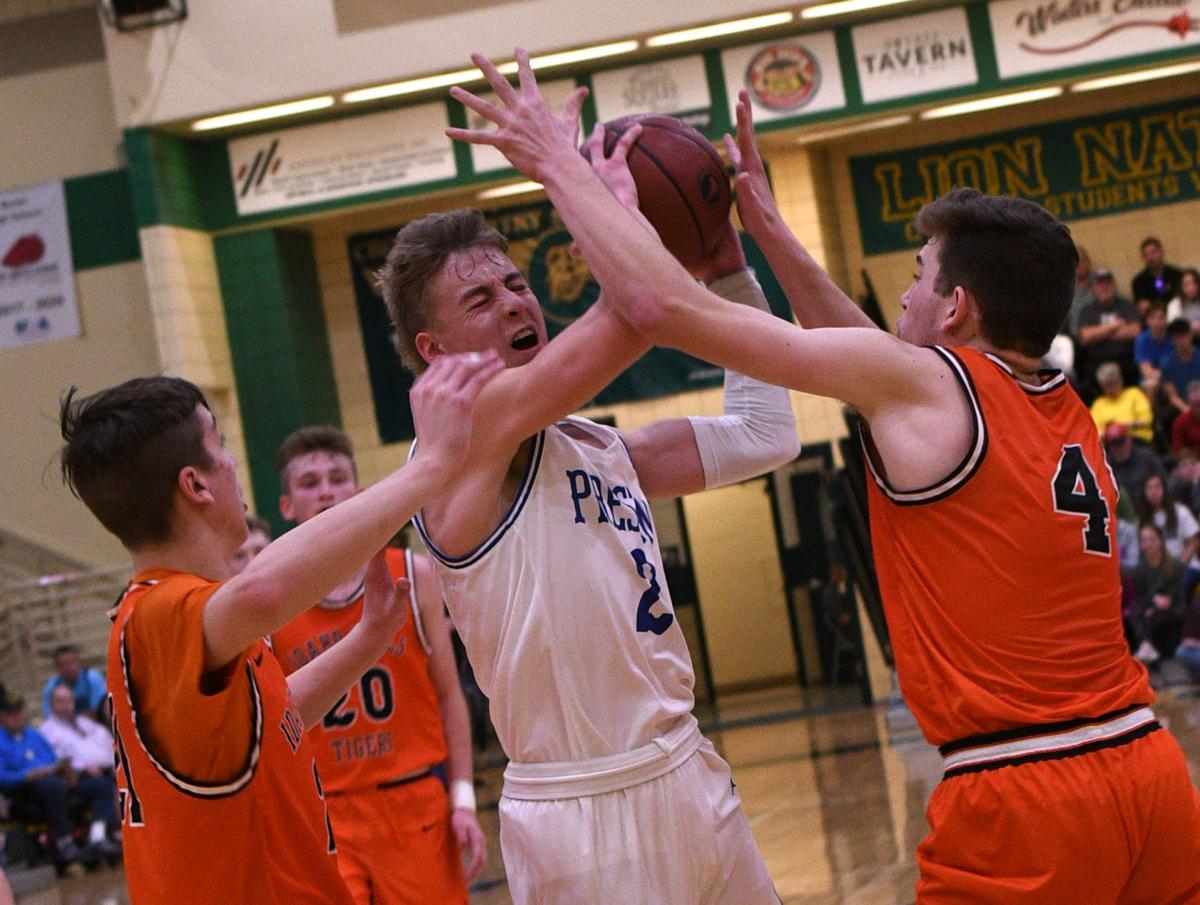 Scott Dunn is fouled by Idaho Falls on the way to the basket. 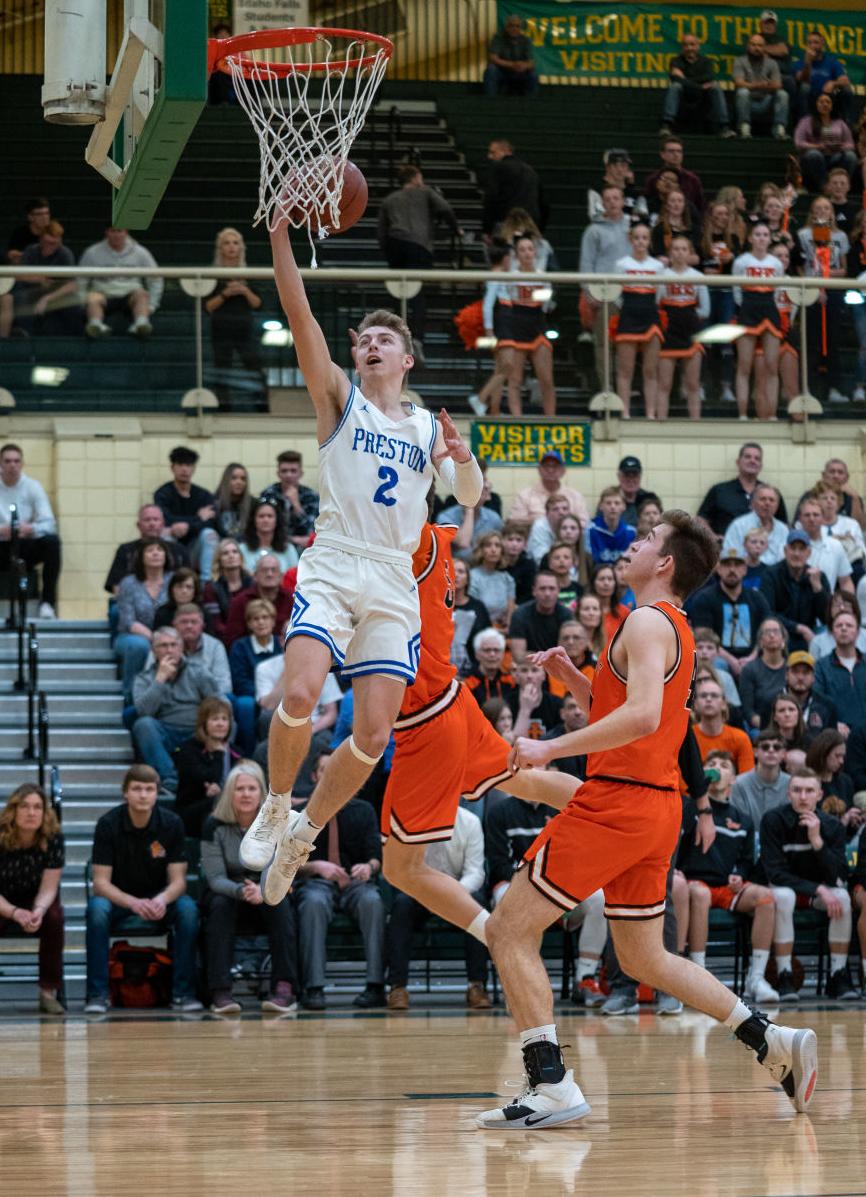 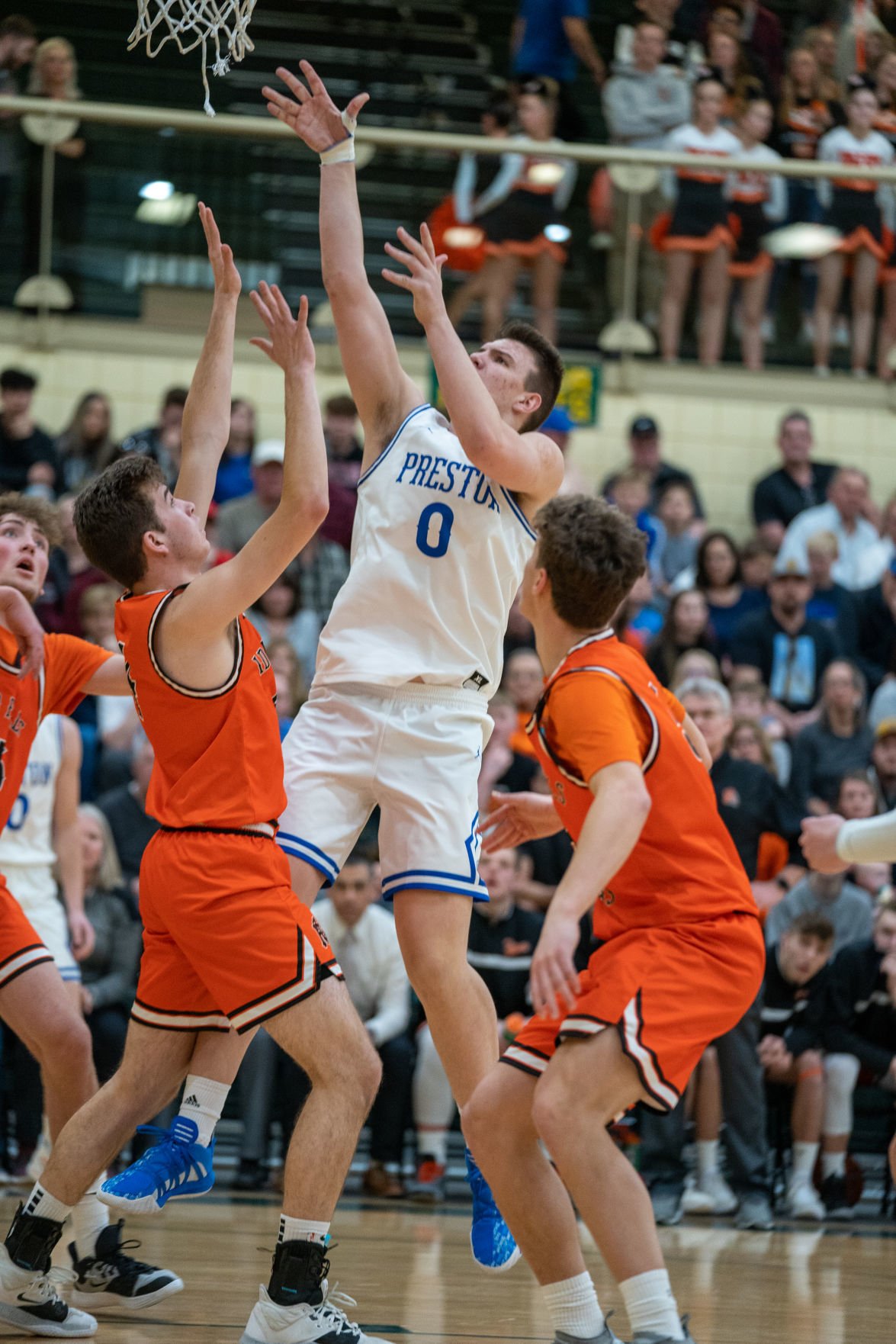 Ty Hyde gets two points in the paint.

Garrett Ward picks up two points in the first half.

The student body supports their team during free throws.

Scott Dunn is fouled by Idaho Falls on the way to the basket.

The Indians came to Boise knowing that the first game would determine their chances for a state title. Add in that they were playing the very team that crushed their hopes for a fourth consecutive state title in the championship game last season and you have a very motivated team. They defeated the defending state champions 58-47.

The Indians battle Middleton tomorrow, March 5, at 6:15. The contest pits the two top ranked teams against each other. One of them will have to settle for third at best, the other goes on to the championship round.

“It will be a battle for sure and should be a lot of fun,” said Coach Tyler Jones. “It’s a game where we are going to have to play four complete quarters. Tonight we had some good spurts but had ups and downs. We need to be a little more consistent against Middleton. They have a lot of size similar to Idaho Falls. It”

In today's game, Idaho Falls won the tip-off in round one of the state tournament, but after that it was all Preston in the first quarter. Ty Hyde put the first points on the scoreboard with two free throws and the Indians went up 15-2 before the Tigers were able to rally. Preston’s early lead gave them all the cushion they needed to win despite scoring just six points in the final frame.

“I liked our start,” said Jones. We had good energy and really got Ty going, especially in the first half. If you can do that it puts you in a good position to relax and settle in a bit.”

Leading 21-11 at the end of the first quarter Preston never trailed in the contest and never let Idaho Falls get close enough to be a threat. Leading 35-23 at the half where Hyde scored 16 of his game high 26 points, the challenge was to maintain their intensity and keep the Tigers from making a comeback.

To their credit Idaho Falls never gave up even after trailing by 21 late in the third quarter. Erase the first quarter and they played the Indians close the rest of the way, even outscoring them 13-6 in the fourth quarter.

“They are a solid team,” said Jones of the Tigers. They have a lot of length and are the defending state champs. It was a good win in the first round and puts us in a good spot. We are in the semis, the final four and that’s where you want be.”