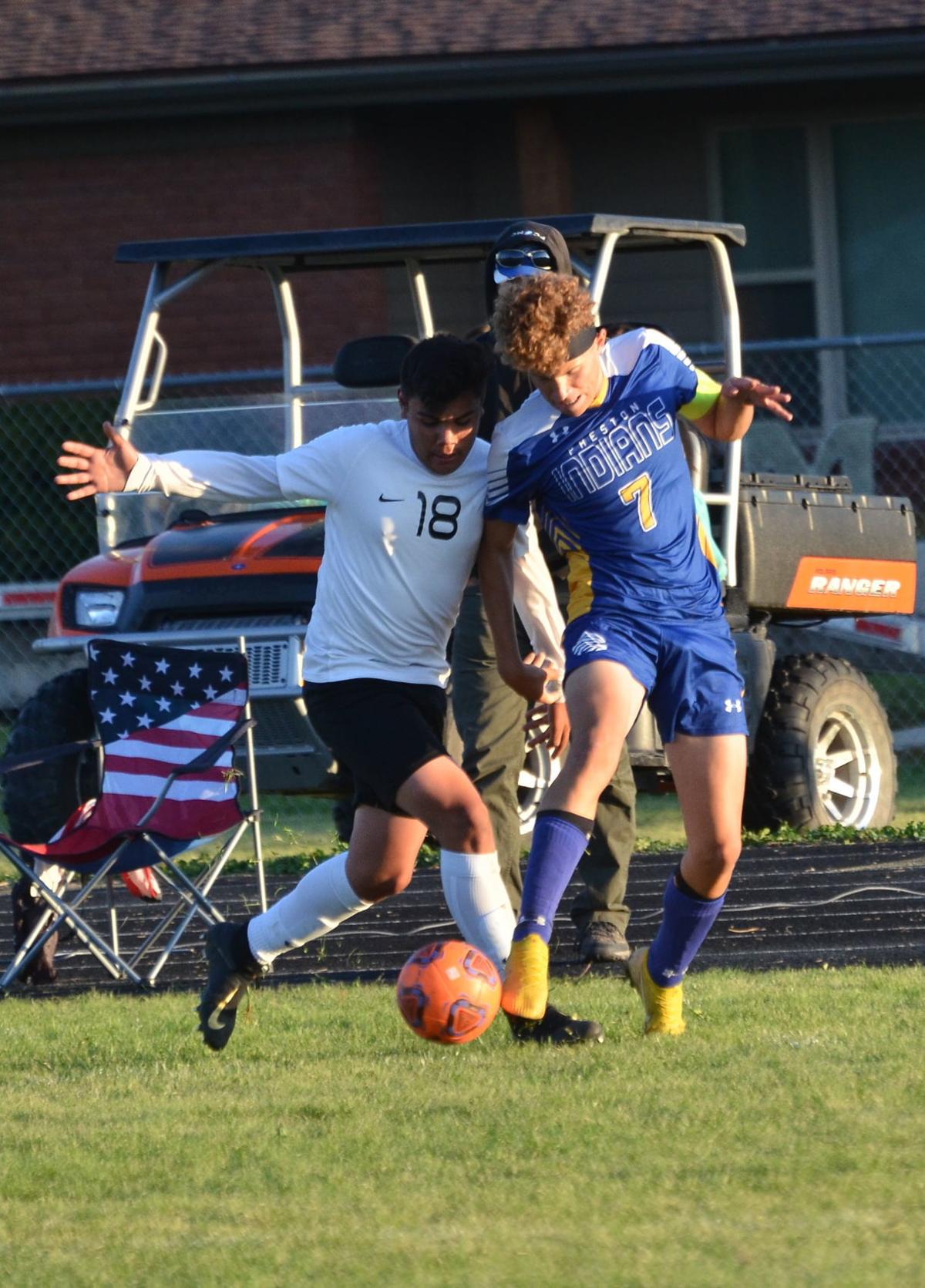 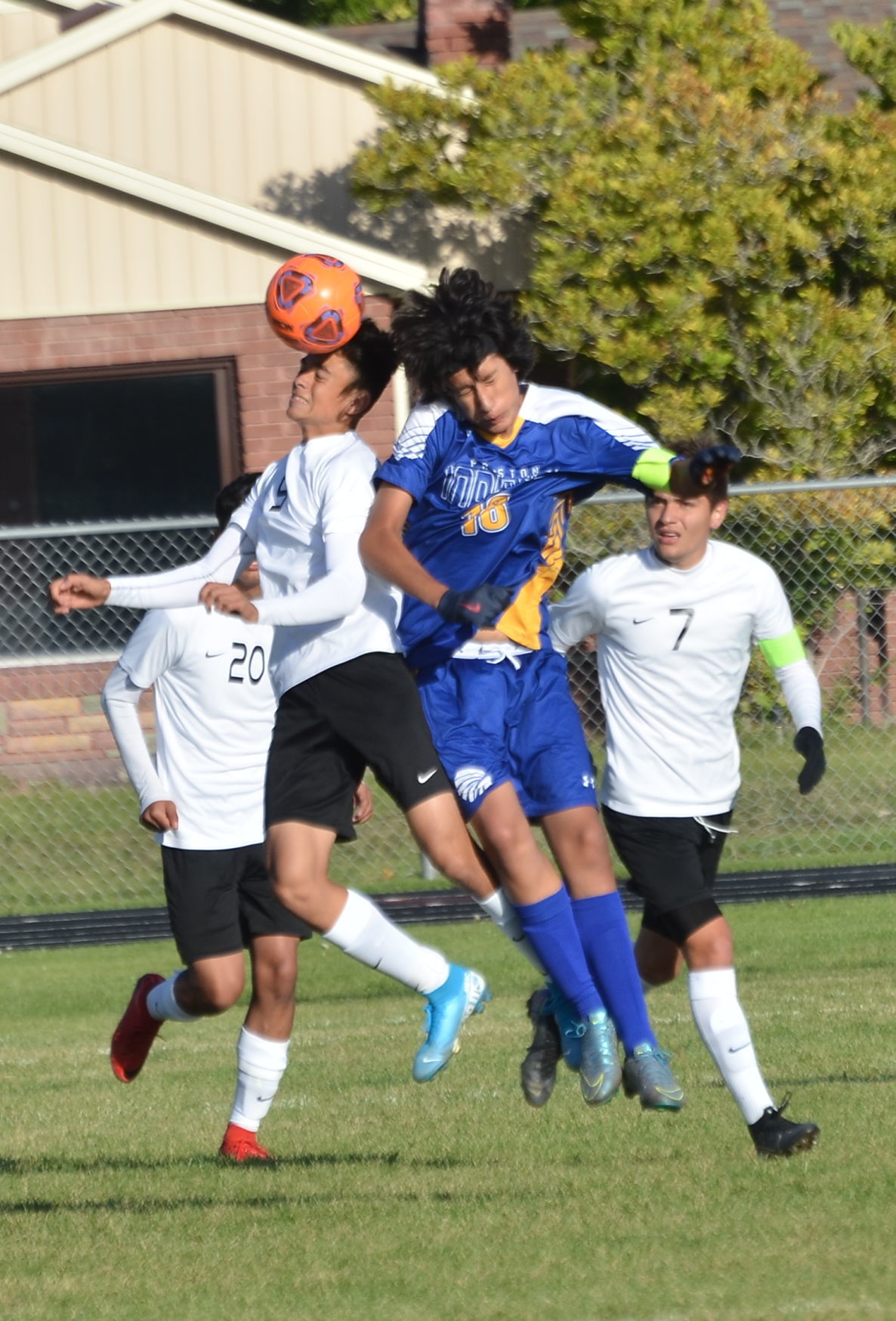 Ramon Rodriguez gets his head on the ball in the Jerome game.

Ramon Rodriguez gets his head on the ball in the Jerome game.

Preston had a great finish to the regular season with district wins over Jerome and Twin Falls securing fourth seed in the Great Basin district tournament.

The team is now preparing to open the 4A 5-6 district tournament at home against Canyon Ridge on Wednesday, Oct. 9, at 5 p.m. On Saturday, Oct. 12, they will either be at Century or at home against one of the four lowest seeds.

Against Twin on Oct. 5, Willian Murillo scored in the final minutes of the game to give Preston the win. Kadin Reese assisted the goal. The Bruins’ frustration showed as they were carded multiple times in the match, resulting in three red cards. The first was a soft red, early in the game and the second was on the Twin Falls coach with about 15 minutes left to play. The final card was a hard red, issued in the final six minutes.

“Today was a mental game and we played mentally tough start to finish,” said Coach Kira Mathews. “We got in their heads and played our game and played patiently and knew we would get a goal. Everybody that got in played great and left everything on the field. Zach (Burnett) had a great game and made a ton of great saves. Our midfielders and strikers played great team ball and built up every chance we got. It was totally a solid team win.”

The Indians had a successful senior night on Sept. 30, against Jerome, winning 3-2. Before the match the six seniors, Dixon Alder, Garrett Kelley, Willian Jr. Murillo, Ramon Rodriguez, Cooper Lazcanotegui and Kollin Wing were honored with their parents.

Preston pressured the Tigers hard throughout the contest. Murillo scored for the Indians in the first half and Ramon Rodriguez made it 2-2 in the second, as well as sending the ball through a congested penalty box from just outside the 18 in the last six seconds of play. His shot streaked past the Jerome keeper breaking the tie and winning the game.

Matthews also noted the play of center back, Ty Miller, and goalkeeper, Zach Burnett, whose multiple saves kept the Indians in the game.

“We are peaking at the right time,” said Mathews. “This was the best game we’ve played all season and to have everything clicking just before districts is perfect.”