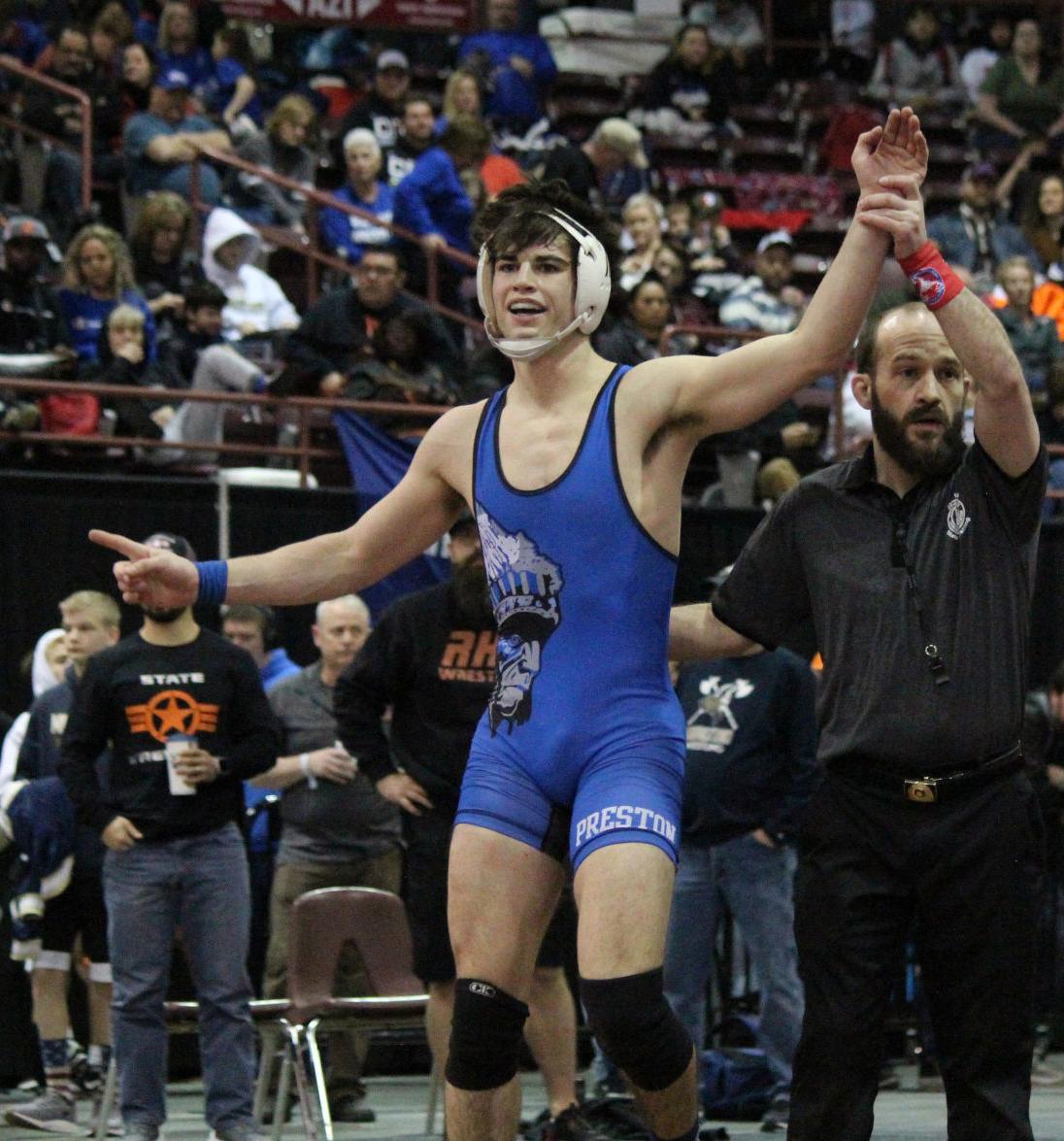 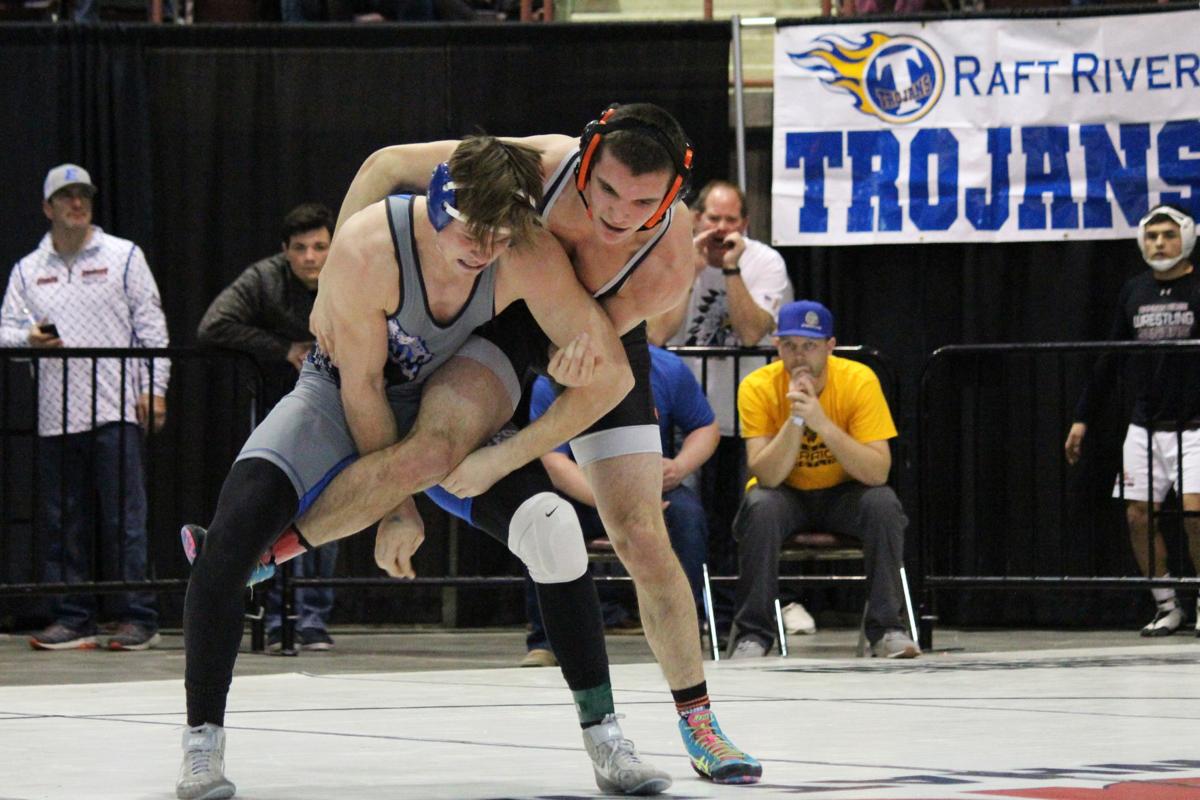 Tait Rawlings avoids a throw and manuevers to take control. 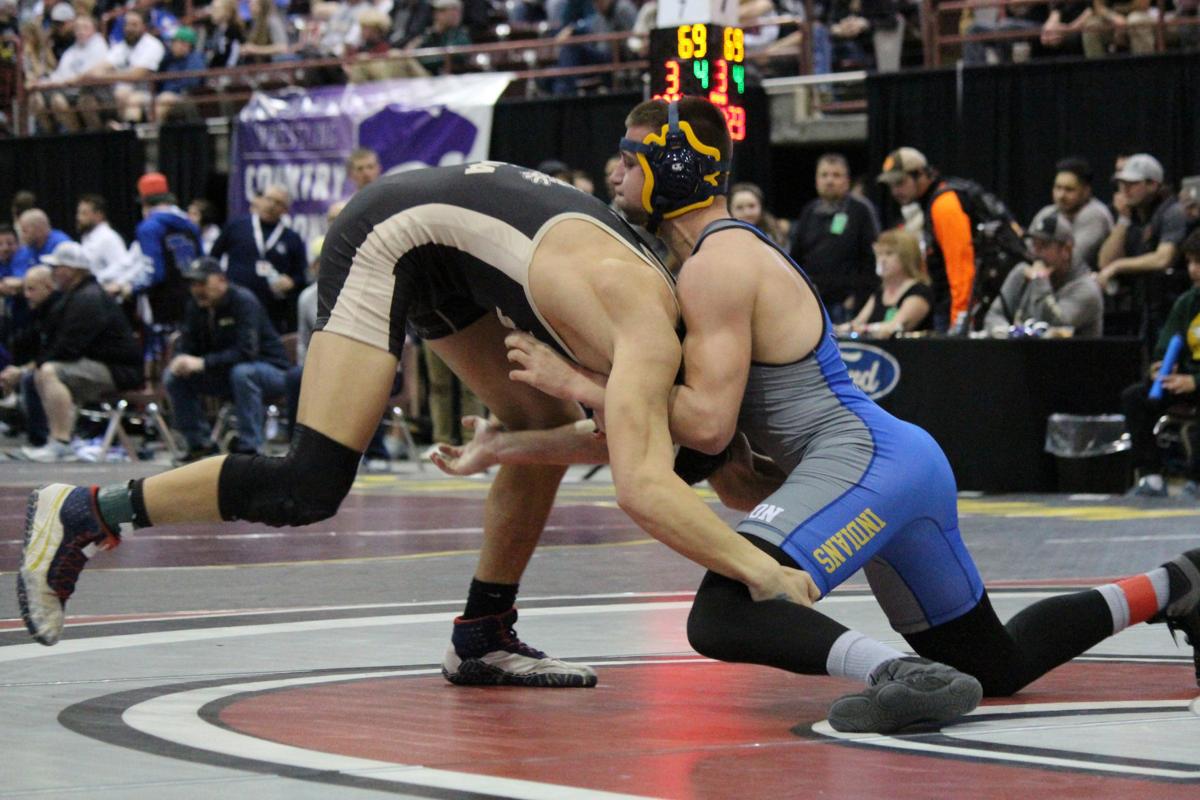 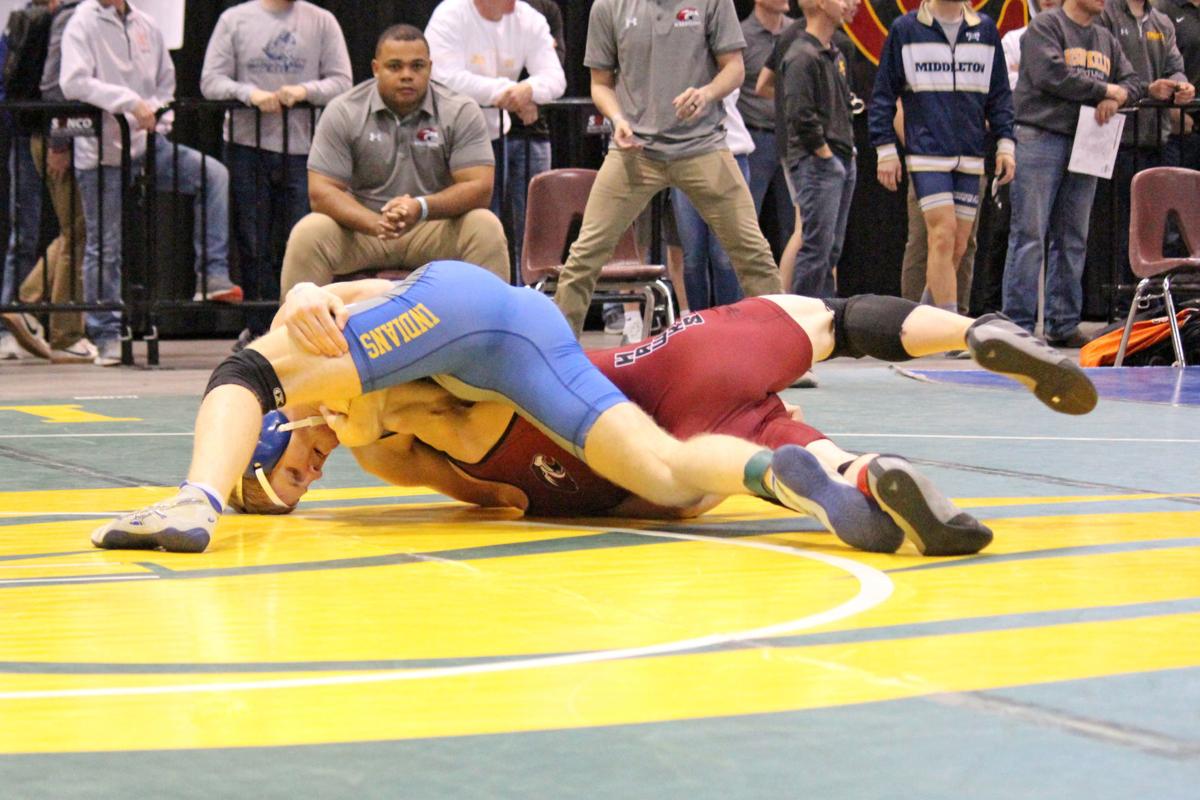 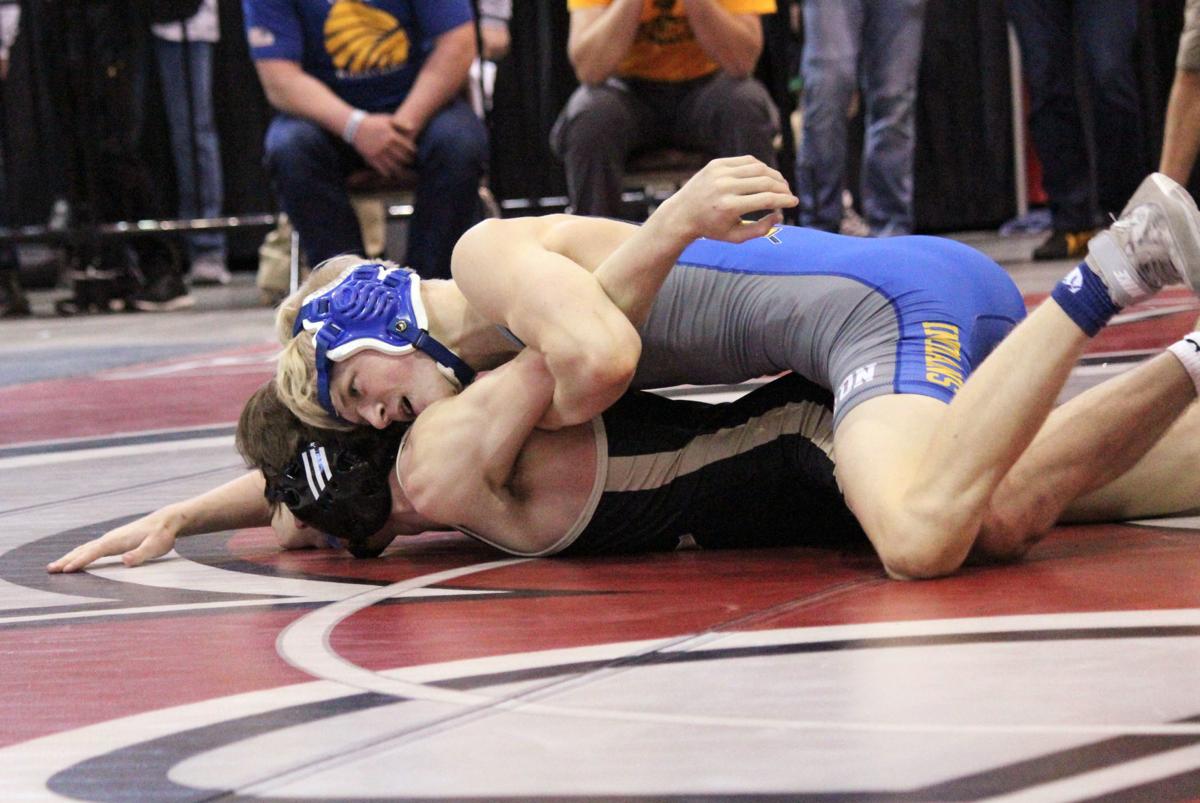 Brayden Weisbeck seeks to use his advantage.

Tait Rawlings avoids a throw and manuevers to take control.

Brayden Weisbeck seeks to use his advantage.

In Nampa on Feb. 28-29, Preston’s lone senior, David Seamons (145), made it to the championship round where he wrestled Kuna’s Preston Owens for the state title. He took second in the 3-9 loss by decision, earning a silver medal.

Seamons opened the tournament with a pin against Sterling Rogers of Emmett at 2:43, and a second pin in overtime at 6:28, against John Kallmeyer from Kuna. David defeated Quinn Rodriguez of Ridgevue 5-2 by decision to advance to the title round. “He had a good tournament,” said Coach Jason Keller. “He was able to place and he should be happy for his accomplishment.”

The experience for the four other Indian grapplers will be a valuable asset next season. “State is where the hard work and preparation during the off season pays off,” Keller said. “We had a good time at state with the boys a lot of good experience to go forward with. They got to see how tough state really is.”

Brayden Weisbeck (126 pounds) fell to Alex Edelblute of Lakeland 9-0 by decision in the first round, but came back to win in overtime 7-2 over Kuna’s Zach James, before being eliminated by Kody Rich of Kuna 7-1 by decision.

Caigun Keller (145) was bested by decision 11-4 by Quinn Rodridguez of Ridgevue in the opening round. He bounced back to defeat Logan Smith from Canyon Ridge 6-2 by decision to stay alive, but was eliminated after he rallied in the final 20 seconds for a 5-4 lead over Ridgevue’s Dylan Forrest in the consolation second round. Rodriguez then scored three points for the victory.

Freshman Emery Thorson (160) went two and out at the tournament losing to Carter Torres of Kuna by fall at 3:57 and Bonneville’s Tanner French by fall at 4:08.

Preston’s Tait Rawlings (170) nearly upset district champion Jacob Wallace of Jerome but Wallace pulled ahead and won 5-3 by decision in the opener. Rawlings was then pinned at the 5:00 mark by Aizik Lara of Canyon Ridge.