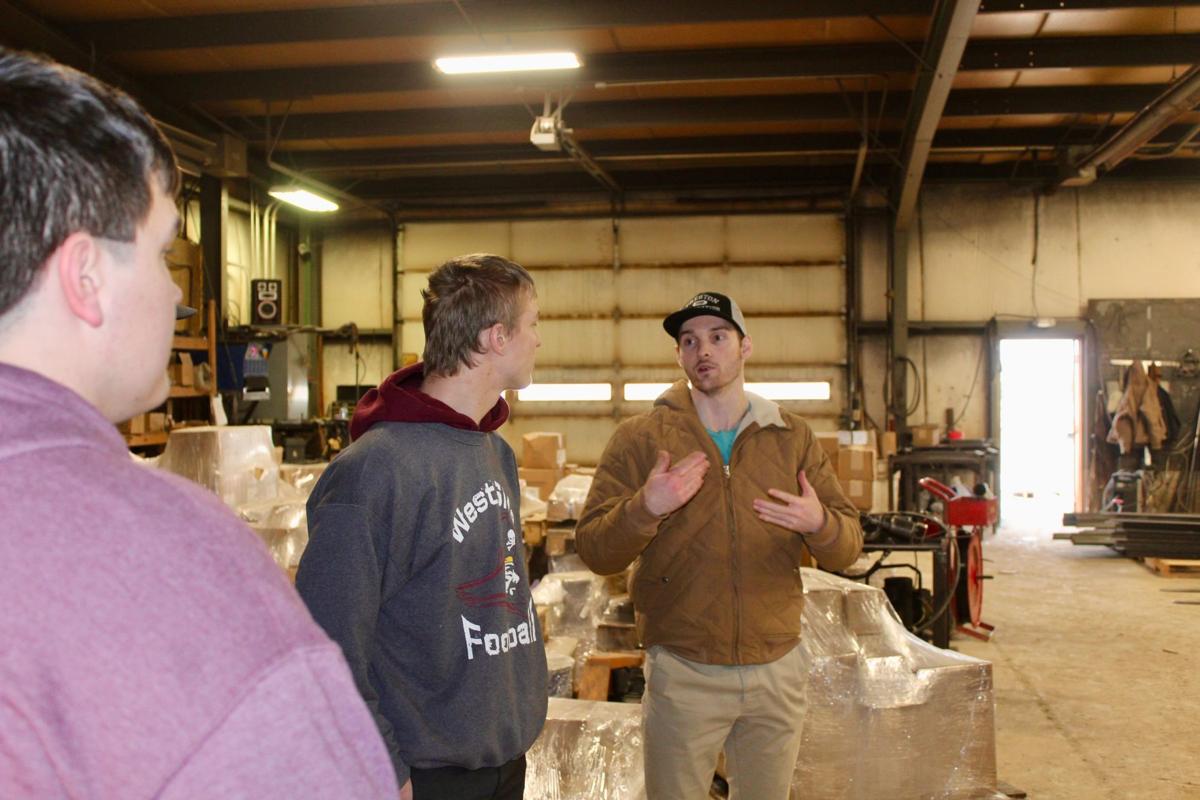 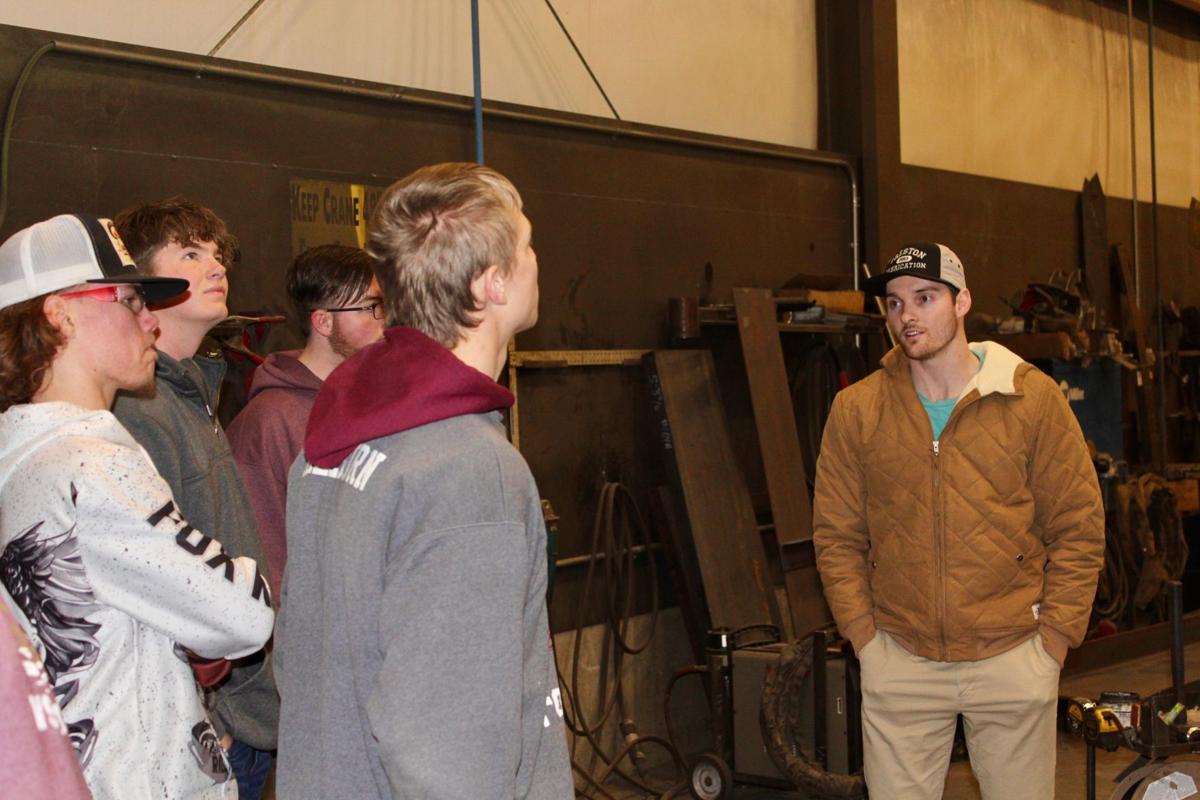 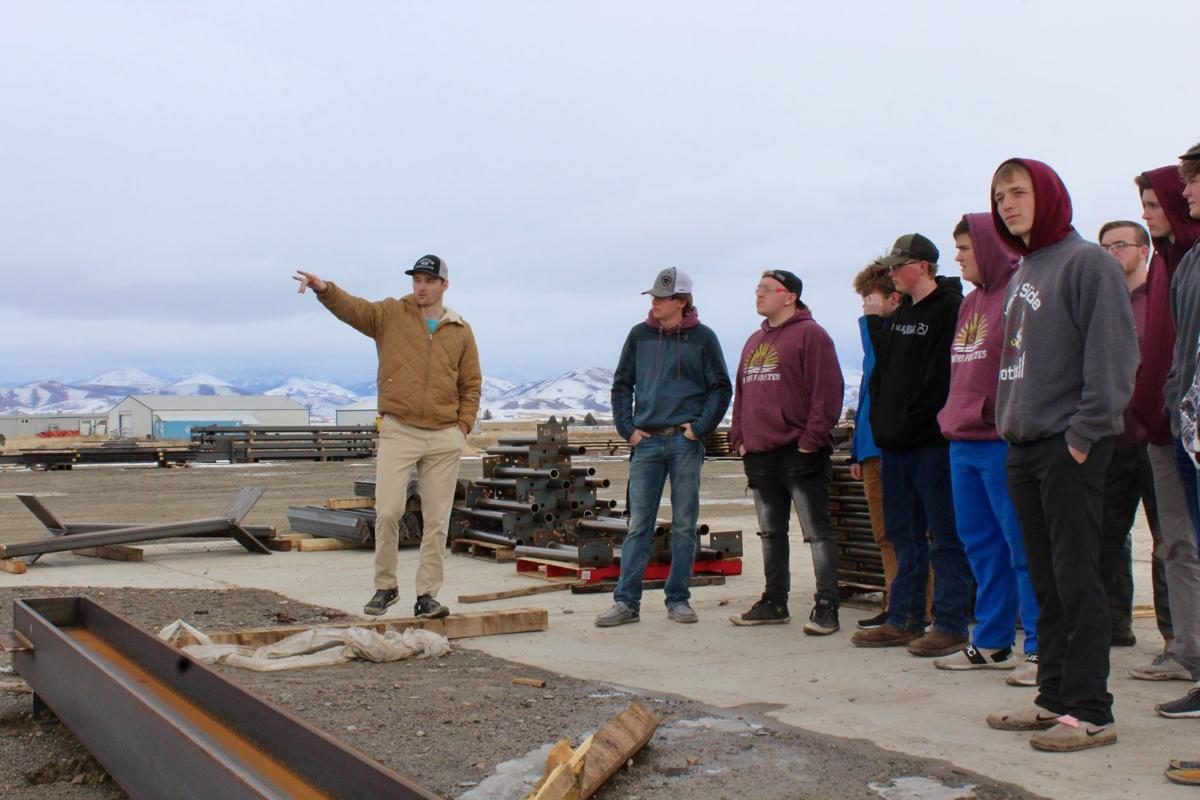 Career and technical education programs are growing as more and more people are recognizing the value technical jobs hold in maintaining society.

“When SEITec started eight years ago, we were fighting an ‘uphill’ battle to educate students and parents about the importance of skilled workers,” said Rachel Madsen, administrator for South Eastern Idaho Technical Charter School (SEITec), which functions at Preston, West Side and Malad high schools. “But now it seems the tides have turned and employers, parents, and students are realizing how valuable it is to have a marketable skill!”

At the instigation of Preston City’s economic developer, Shawn Oliverson, local manufacturing companies recently hosted tours for students from each of the schools to give them an idea of what they are looking for in employees and what they are offering in jobs.

“It was super helpful,” said Trevin Hadley, as senior at WSHS, “because I know there are options like this here.”

“You could see the light go on in those kids’ eyes as they started thinking what they could do locally,” said Calvin Sharp, of Preston Technical Industries (PTI). The company located at 1090 West 800 North is a custom manufacturing business that offers powder coating solutions. A strong work ethic is important to employers, he said, and they often find that quality among youth who have experience working rurally.

Preston Fabrication, located in the Preston Industrial Park, employs about 20 people and is “always hiring,” said Michael Crane, Jr. He and his father, who owns the business with Ryan Bodily, are willing to train employees when they can find someone interested in working hard.

Michael worked at Preston Fabrication himself, during high school. Employees there cut metal, weld and paint custom jobs, then ship them to companies and individuals around the country. “As a result of that I got some life skills such as working hard, being on time and feeling like I was part of something bigger,” he said. It gave him confidence which propelled him to reach his own goals, he said. Today, he is back at the business in a leadership position.

The students also toured Trails West, located on 800 West in Preston. John Reeder, company president, said the tours are really important for both the company and the kids.

The company benefits from an opportunity to showcase itself, said Reeder. “There are certain stereotypes that aren’t necessarily true, and it gives us a chance to let these kids know what we are really like,” he said.

Madsen hopes to help people understand the value of attaining one of the many skills offered through SEITec, whether students want to go on to a traditional four-year degree or not. To get a good job after high school, some kind of post-high school training is required, said Madsen. SEITec is giving youth skills that can help them bridge the gap between their high school abilities and a full-fledged career.

“Statistics prove that one of the best decisions you can make is to invest in yourself! However, I have recently been reminded of how many students go to a four-year university and pay thousands of dollars just to “get a degree” — then when they get that degree they cannot get a job,” she said.

Madsen said her own sister, at age 49, had to return to college to get a degree in teaching despite having a masters degree in Child and Family Development. She found that there are few to no jobs available for that degree, she said.

Reeder agrees with Madsen in that kids “get bombarded by the educational system with the idea that they need to go to college, when they don’t. There are good, high paying jobs here in the valley,” that don’t require college, he said. At Trails West, an employee can start at $22/per hour, and dependable production employees are making as much as $35 an hour, plus benefits. “There’s really not a ceiling to what an employee can make (at Trails),” he said.

Furthermore, the tours provide a wealth of information, and people make better choices with better information. “All though school kids are told to ‘Do what you love.’ How do they know what they love? They need exposure and the more the better,” Reeder said.

“I know what I don’t want to do,” said Tytan Blanchard following the tour, and Jackson England said the tour “opened (his) eyes to what all is out there. I didn’t know about this place (Preston Fabrication). It’s good to know what kind of jobs are available here,” he said. He and several other boys on the tour participate in ag ed classes at West Side High where skills such as welding and small engine repair are taught. Similar classes are taught at Preston High School. Skills in accounting, health professions and cosmetology are also available through SEITec.

Madsen suggests parents and youth consider where they want to live (i.e. rural vs urban), what the job outlook in that place is like and what industries are predicted to be in high-demand. A “Jobscape” tab at Labor.Idaho.gov offers updated lists of the demand for employees in a variety of careers in the state of Idaho.

Preston City councilman Terry Larsen, who once served on the SEITec board, was pleased the tours took place. “SIETeC... offers a lot of opportunities to schools. It is a really, really a good thing,” he said.