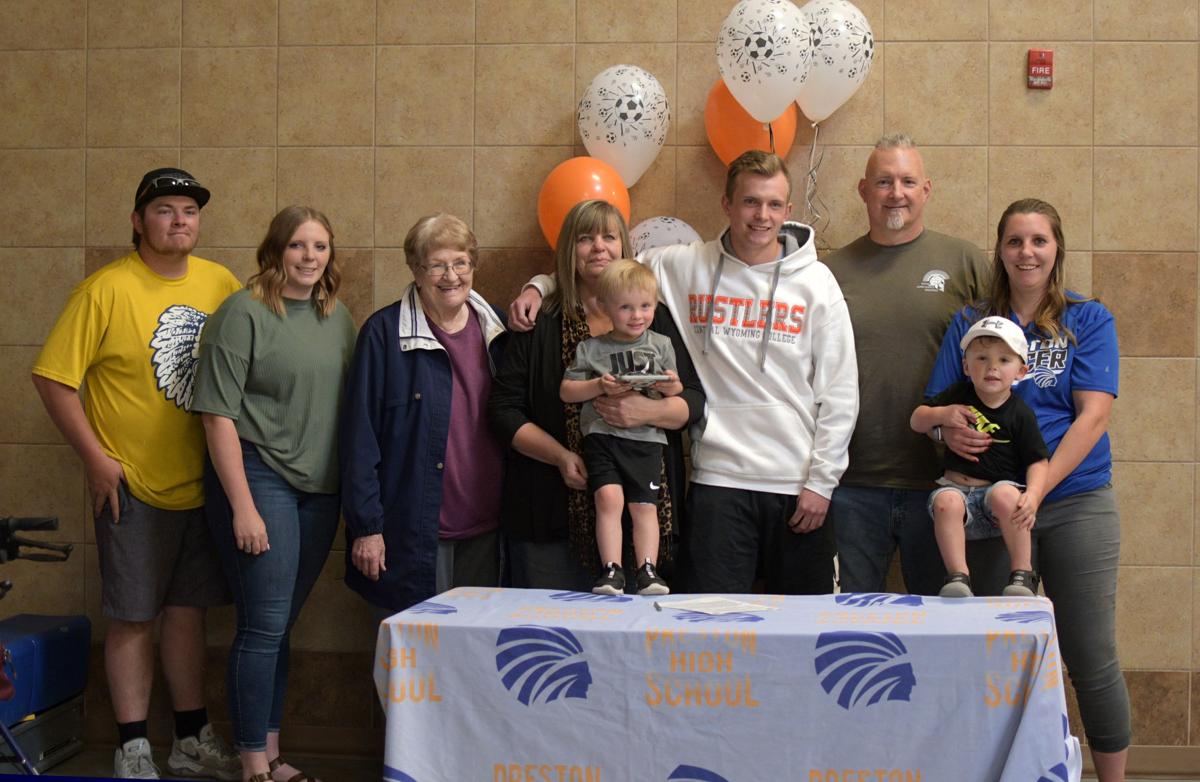 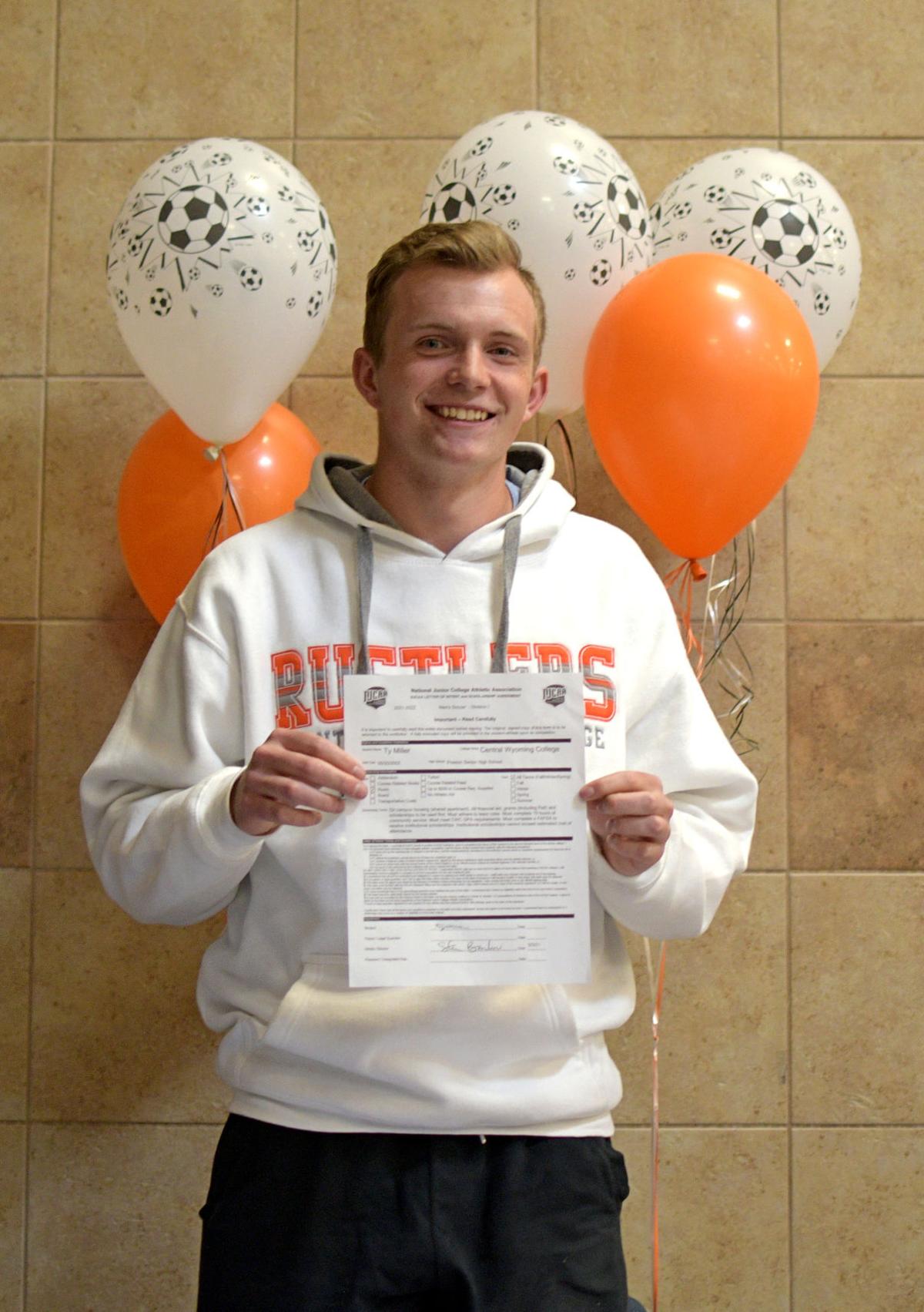 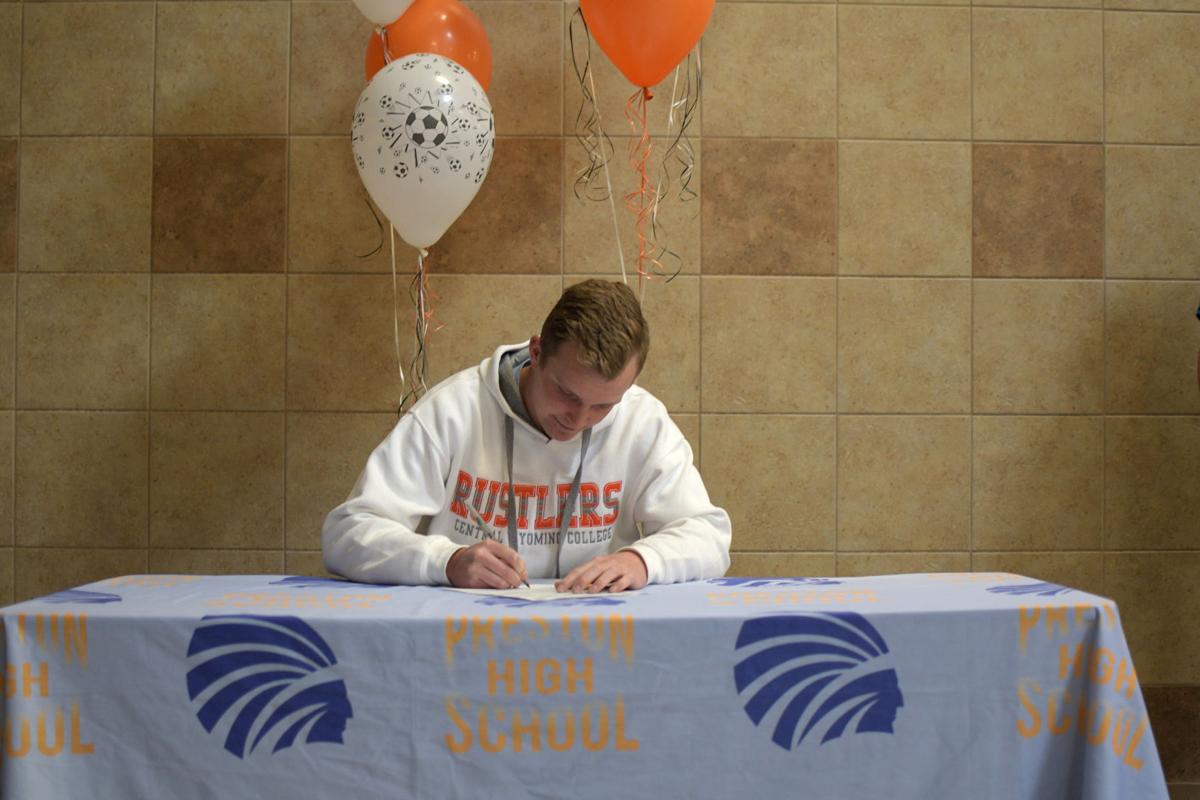 Ty Miller with his parens, Paula and Brad Miller.

By Teresa Chipman
1 of 3

Ty Miller, son of Brad and Paula Miller, signed to play soccer for Central Wyoming College in the Preston High School gym on May 13, under Coach Jakob Rosenberg. He accepted both an athletic and academic scholarship covering his full tuition. Miller intends to pursue a technical studies degree with a journeyman’s certificate in electrician work.

Both Western Nebraska Community College and Westminster College in Salt Lake City were also interested in signing Miller, but ultimately, he chose CWC as “the best fit and they also gave me the best offer.”

Miller follows in the footsteps of his older sisters, Kira Mathews and Brittany Broadhead, who both went on to play soccer at the college level. “I thought it was a good way to get my schooling paid for,” he said.

With older siblings playing the sport, Ty has been around soccer for much of his life.

“I have played soccer since I can remember and have always loved playing it,” he said. “What I like best is that there are 10 other guys out on the field with me and we all have to work as one unit to make the team successful. Not just one player can take over and change the game. The whole team has to play hard to be successful.”

The path to playing college ball has been full of ups and downs but Miller has been consistent in his efforts to improve his skills and his coaches all agree that when he plays, he leaves everything on the field. Team practice and playing time has certainly helped but the hours spent working on his own time have made all the difference.

“Putting in extra time outside of practice and games making sure my touch is good. Also, playing in soccer leagues down in Logan has made me a much better player,” he said.

Like other athletes, Miller has friends, family and coaches to thank for helping him along the way. Some can even say they have been coached by family but not many can say their high school career has been under the direction of their sister. As the PHS boys head soccer coach for the last four years, Kira Mathews has been there every step of the way along with Miller’s coach from his younger years, Jason Reese.

“I would like to thank all the coaches that have helped me through the process and have gotten me to where I am,” said Miller who reports for the next chapter in his life on Aug. 1.