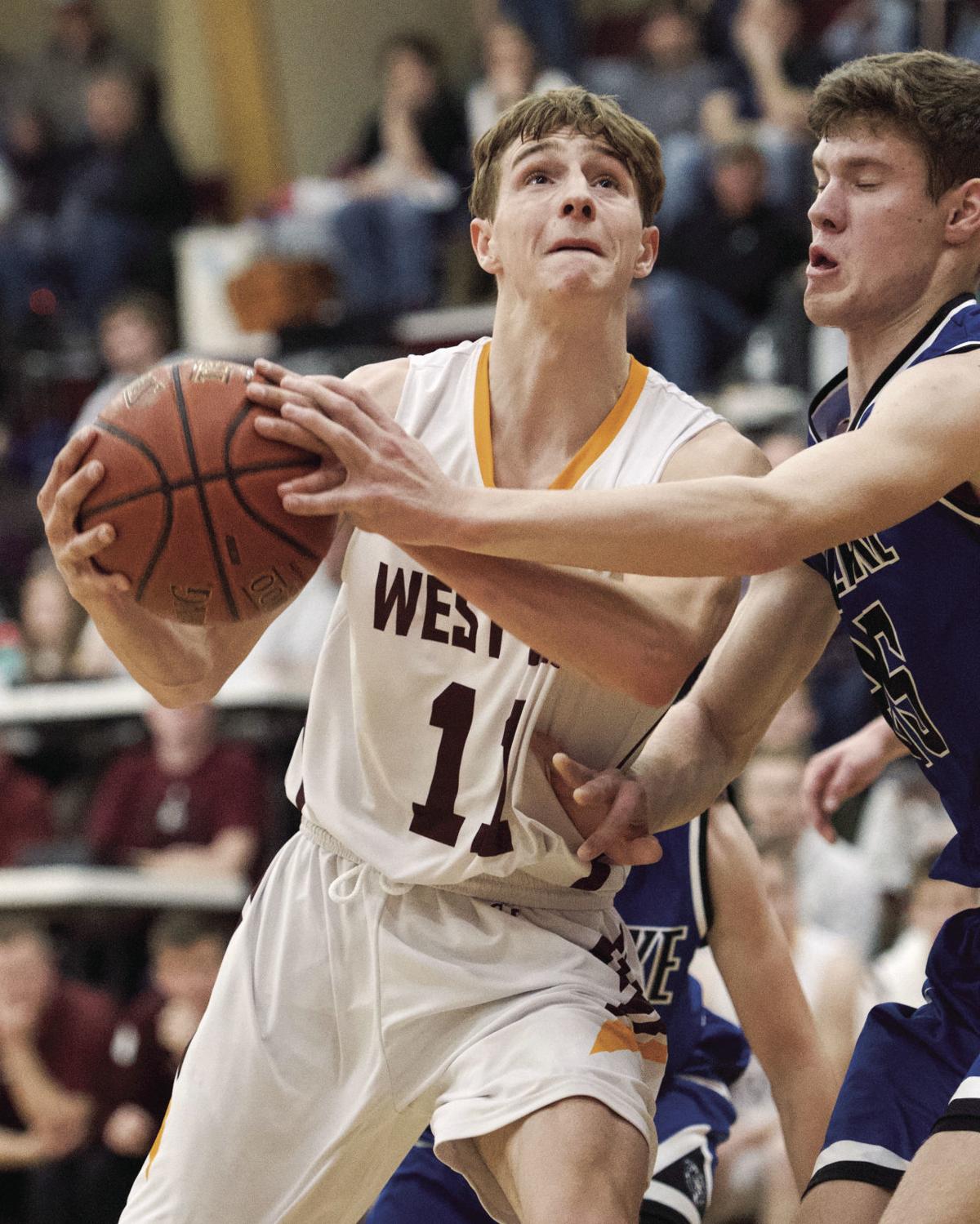 Bryler Shurtliff fights his way to the score. 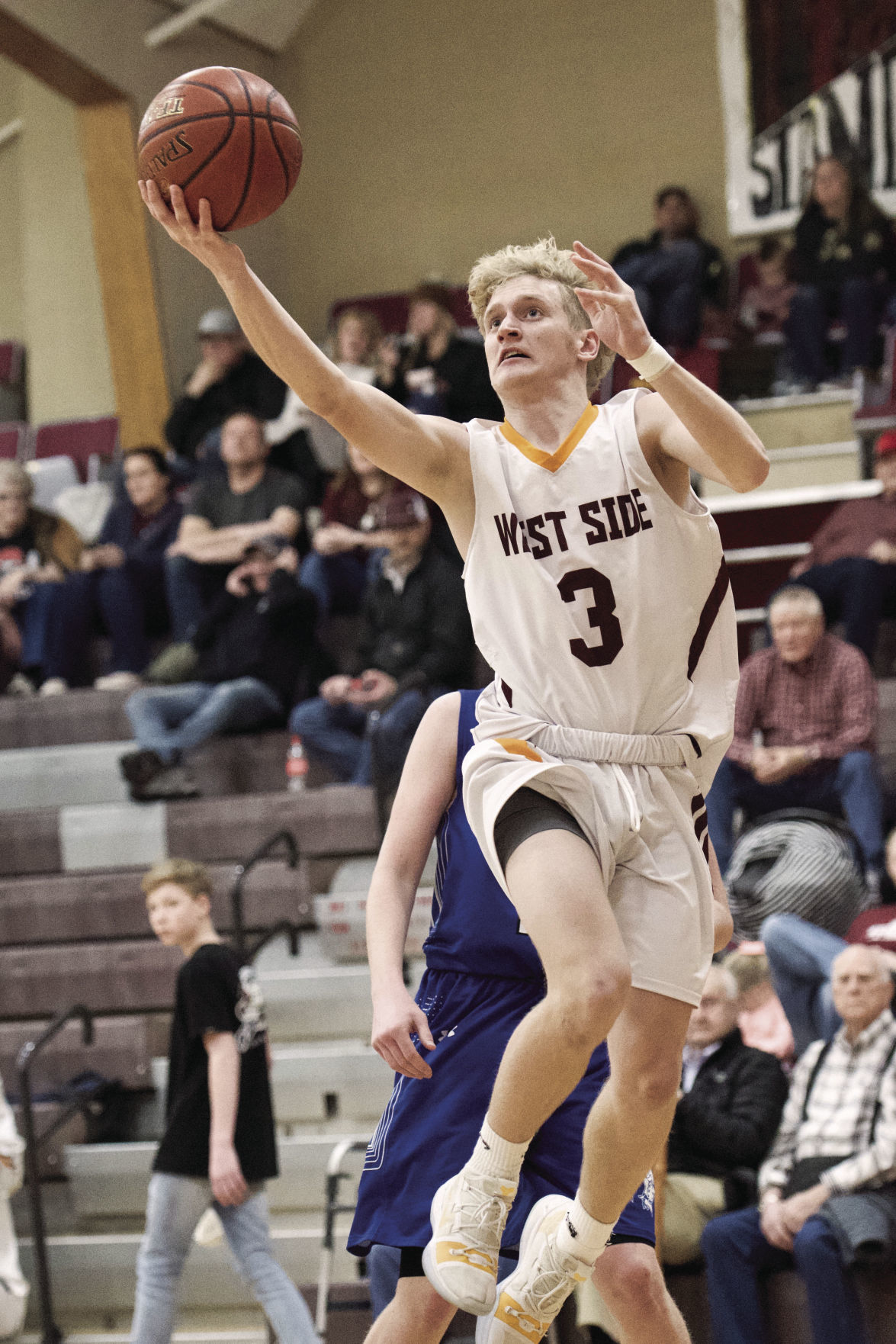 Ryan Beckstead sprints past the Rebel defender for two points.

Bryler Shurtliff fights his way to the score.

Ryan Beckstead sprints past the Rebel defender for two points.

The West Side boys are enjoying a very successful season so far and remain undefeated in conference play as the regular season winds down.

The Pirates were host to Aberdeen on Feb. 11, and travel to Malad for their final game of the regular season on Thursday, Feb. 13, at 7 p.m. They will open the district tournament at home on Tuesday, Feb. 18, at 7 p.m.

West Side was at home last week with wins against Bear Lake on Feb. 5, and Rich, Utah, on Feb. 8.

The Pirates held a 15-12 point lead at the end of the first quarter against Rich. The Rebels hung with them in the second quarter but West Side dominated the second half for a 59-33 victory.

After leading 33-23 at the half the Pirates clamped down hard on defense and limited the Rebels to just two points in the third and eight in the fourth.

Three West Side players were in double figures by the end of the night. Bryler Shurtliff with 16, Connor Nielsen 13 and Ty Ward 10. Adam Headworth added seven, Ryan Beckstead and Blaize Brown four each, Jaxon Moser and Isaac Frankman two apiece and Jaxon England one.

Against Bear Lake the Pirates could not let up and risk being overtaken. They built their lead starting with 7-3 at the end of the first quarter and made it 24-16 at the half. By the end of the third West Side was up 39-27 and withstood a 14 point fourth quarter by the Bears with 14 points of their own to win it 53-41.

Frankman led the team with 16 followed by Shurtliff with 15 and Beckstead with 14. Nielsen and Bown added four each and Headworth three.