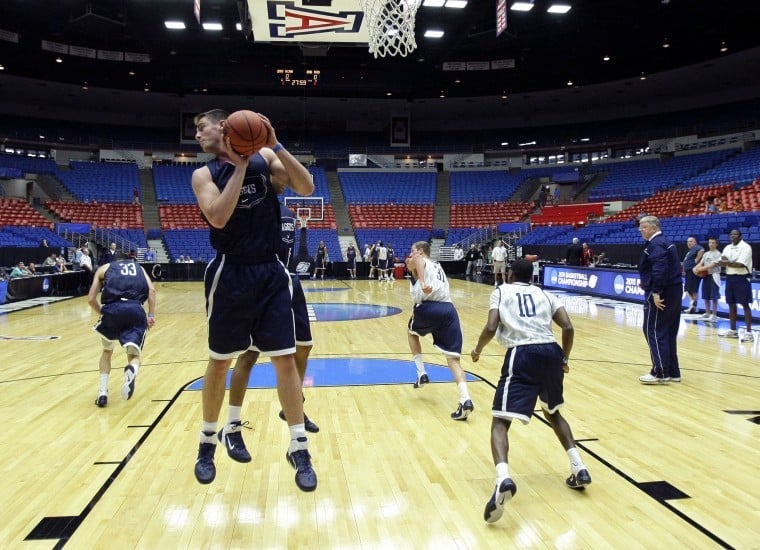 Utah State forward Matt Formisano pulls down a rebound during practice Wednesday in Tucson, Ariz. Utah State will face Kansas State today in the Southeast Region of the NCAA Tournament. 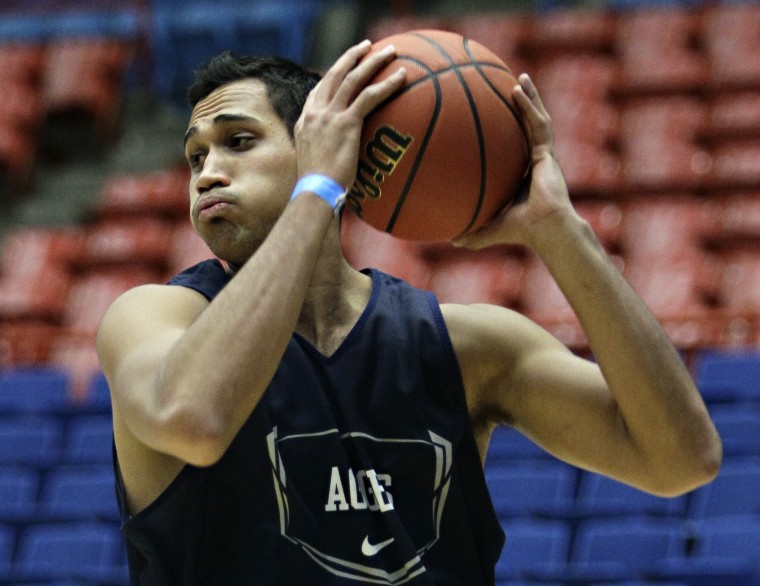 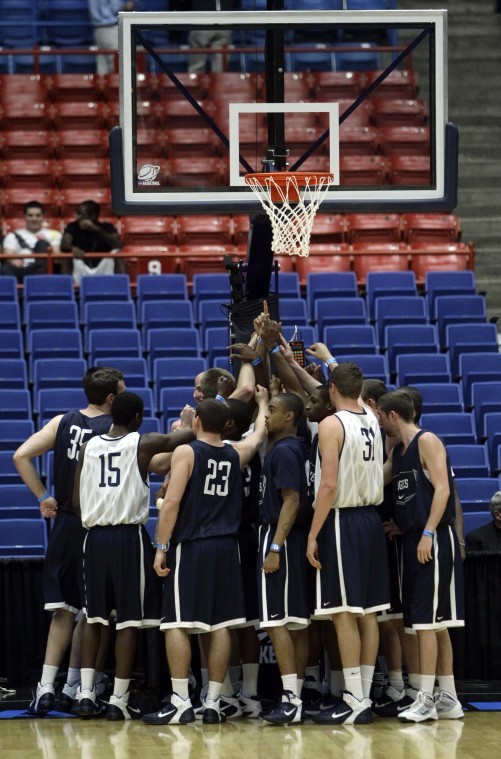 Utah State huddles up during practice Wednesday in Tucson, Ariz.
1 of 3

Utah State forward Matt Formisano pulls down a rebound during practice Wednesday in Tucson, Ariz. Utah State will face Kansas State today in the Southeast Region of the NCAA Tournament.

Utah State huddles up during practice Wednesday in Tucson, Ariz.

TUCSON, Ariz. - When the Aggie men's basketball team takes the court this evening, they promise that they will be out to just have fun.

They are hoping that approach, plus plenty of postseason experience will be just what is needed to pull off an upset and advance in the NCAA Tournament.

"I feel no pressure at all," Aggie guard/forward Pooh Williams said. "We got to go out there and take care of business. We understand what the situation is, win or go home. I'm pretty sure nobody on this team wants to go home yet. ... It's been a fun year and none of us is ready to be done yet."

Despite being ranked higher in both polls, No. 19 Utah State - 17th in the USA Today/ESPN poll - is the underdog as a 12 seed. The Aggies (30-3) face fifth-seeded and No. 23 Kansas State (22-10) - 21st in the USA Today/ESPN poll - tonight in the McKale Center on the campus of Arizona. Tip-off is slated for approximately 8 o'clock (MST) in this second-round game in the Southeast Regional.

This will be the third straight trip to the Big Dance for USU, and three seniors have been starters the whole time in Williams, guard Tyler Newbold and forward Tai Wesley. The trio were asked Wednesday during a press conference about their approach this year.

"I'm excited," Newbold said. "Obviously, this is our last chance. We haven't won in the tournament yet, but we're excited to be here again. ... We're excited to play and see if we can get the job done this time."

"I think there is always going to be a little pressure with playing on a big stage like this," Wesley said. "But more than anything, we're going to go have fun. ... And we're here to win."

The Aggies are plenty confident this time around. Not that they haven't been in the past, but seem more vocal about it.

"We've been around long enough to know that K-State is just a bunch of guys," Aggie junior forward Brady Jardine said. "... We get it in our heads that they're not a normal basketball team. But in the end, they're just a bunch of guys playing basketball just like us. We're going to come out and play hard. I like our chances."

Plus, there is the senior factor. USU has not had six seniors on the same team since Aggie head coach Stew Morrill took over the program 13 years ago.

"A lot of us have been here before," USU senior guard Brian Green said. "This is nothing new. I think this is one of the closest teams we've seen in a long time. We're unselfish. We all really want to win, and I thing that could work to our advantage. There's a lot of motivation to win with it being our last game we could ever play."

The lone junior starter is point guard Brockeith Pane. He has been talking about sending the seniors out right for several months. That message didn't change Wednesday.

"One of the things they (seniors) said last summer was we're going to make some noise," Pane said. "So, I just took that with me every day I went to the weight room, every day we went to practice, every time we went to the track to run. ... I just want to give them my all because it's the last go around for them."

USU enters today's game having won eight straight games and 25 of its last 26. Kansas State head coach Frank Martin pointed to that fact and said success is hard to beat.

"We've been playing really well," Green said. "I think these wins gave us a lot of confidence. We've played tough games and fought through them and that gives us confidence."

"We're excited to be back," Morrill said. "... Certainly, we'd like to have some success. Our guys are excited to play. They're very excited to play. I mean, we've got to make sure that we're focused on the game plan and the things we need to do to have a chance to compete against a very athletic, physical Kansas State team."

The Aggie head coach gave three keys to the game: Rebound, execute their offense against the pressure defense of the Wildcats and relax so as not to play tight.

Having played another Big 12 team in Texas A&M last year in the NCAA Tournament, the Aggies know what they are in for today. The Aggies from Texas were never really threatened by USU and rolled to a 69-53 win.

"That game has been in the back of my mind all season long," USU senior forward Nate Bendall said. "... We've got to be able to beat them by doing the things that we do best, especially when we are facing a team that's more athletic, more quick and maybe a little more physical."

The Aggies are banking on that experience and a trip to Georgetown earlier this season in helping them be ready for the Wildcats.

"We have a great opportunity before us to make some noise and get us some attention and even prove some guys wrong," Wesley said. "So, why not take advantage of the opportunity that we've been given and go prove them wrong. We want to go show the nation what Utah State basketball is all about."

"These guys want more than any fan to win an NCAA Tournament game in their career," Morrill said. "But the best way they can do that is enjoy playing basketball, throw caution to the wind and go play hard."