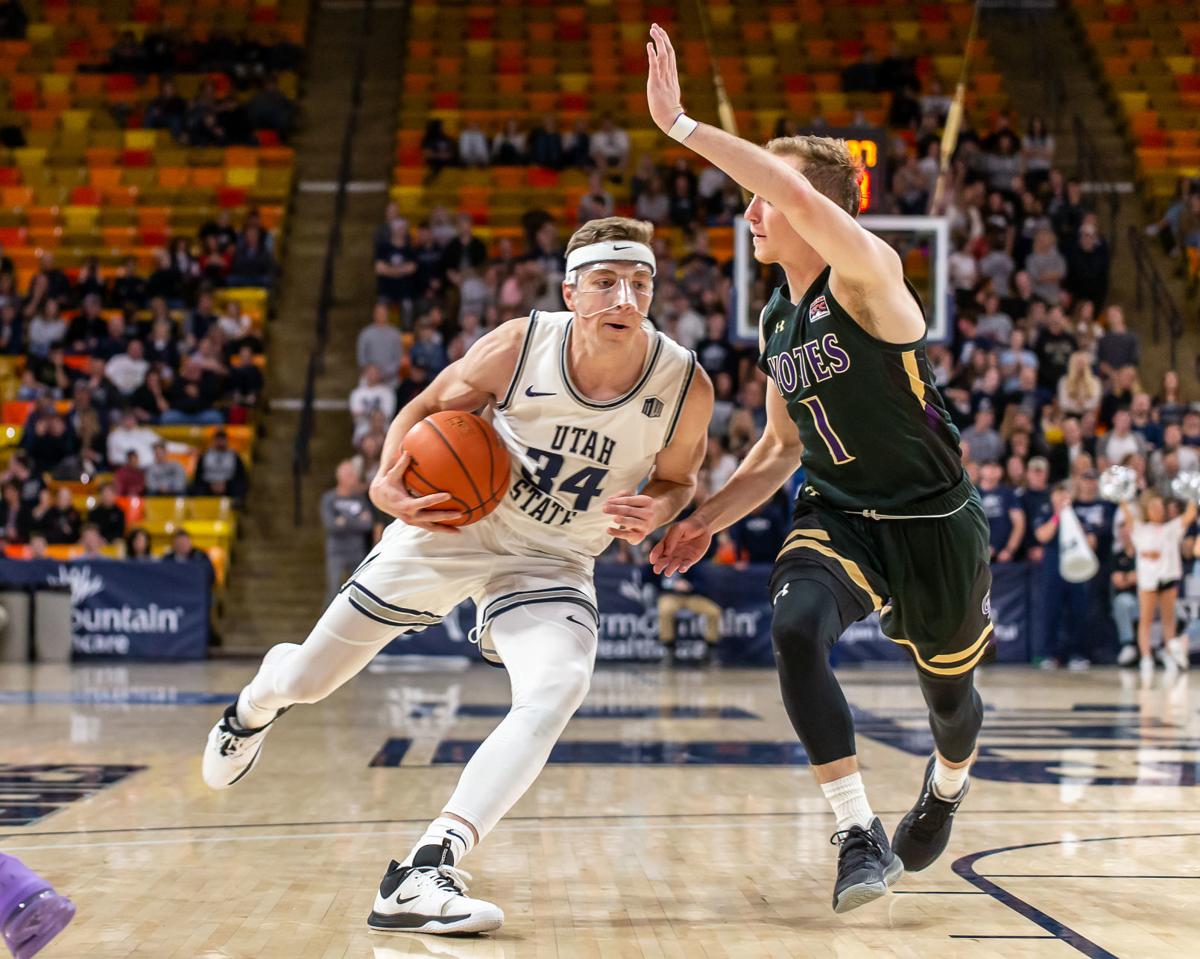 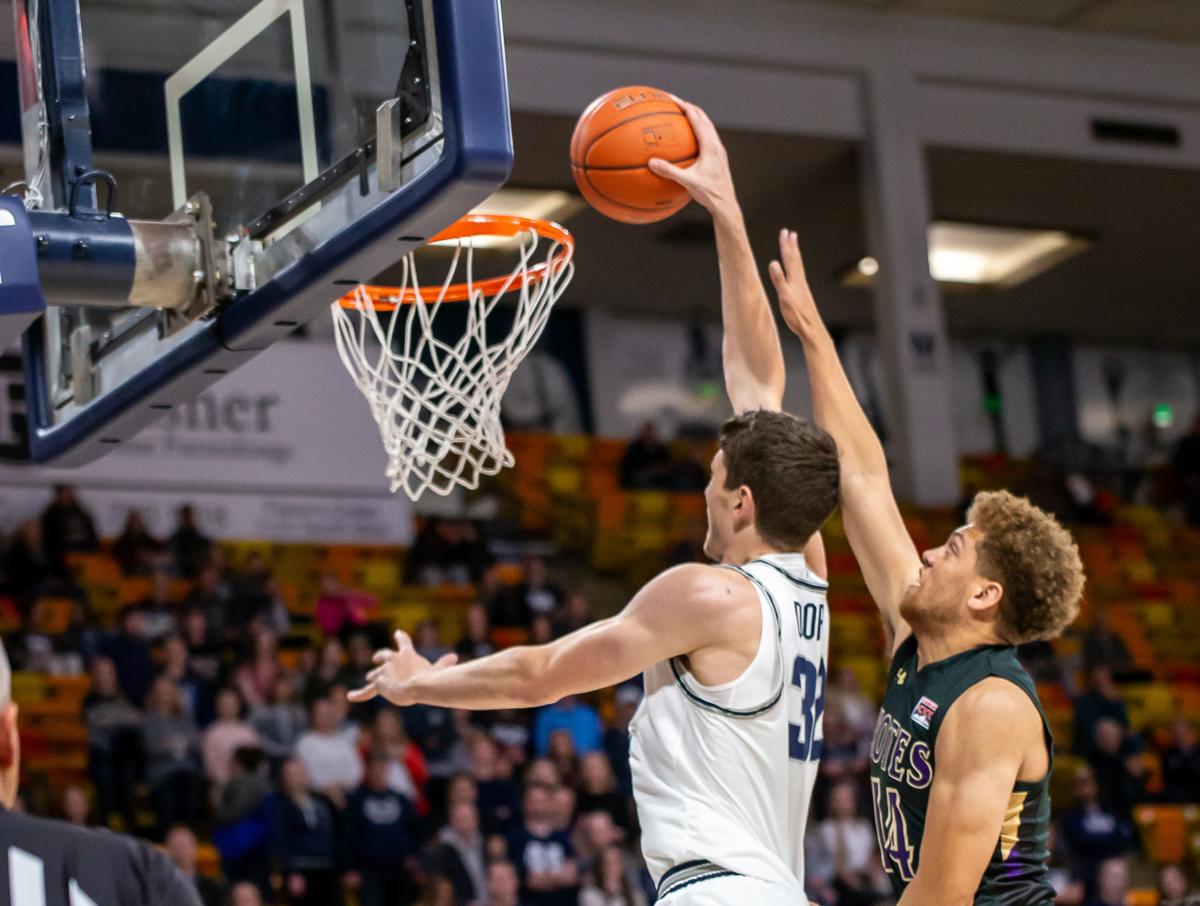 The Utah State men's basketball team won its unofficial season opener Wednesday evening. The Aggies dominated The College of Idaho 103-66 in an exhibition taking place at the Dee Glen Smith Spectrum six days ahead of the team's regular-season debut on Nov. 5 against Montana Tech, which will also be at the Spectrum.

The Yotes (2-1) were simply no match for the No. 17 team in the country. For about five minutes, the game was competitive with COI holding a lead as late as 13:24 in the first half (12-11). That success for the Yotes, however, had more to do with the Aggies' lack of execution on offense than anything special the visiting squad did.

"I just thought we were tentative on offense," USU head coach Craig Smith said. "(We) took some quick threes, not going to name names but there were probably three really quick shots that weren't even rhythm shots."

Utah State committed three turnovers in the first three minutes and shot 6-of-18 from the field overall in the first nine minutes. But when the Yotes had their largest lead of the night, 9-4, Sam Merrill got things started for the Aggies.

On a play that began with Merrill crumbling to the court momentarily after contact with an opposing player, the senior guard and 2018-19 Mountain West Player of the Year powered through, ending the possession by making an and-one layup plus the free throw. Two plays later, Merrill added another layup that tied the game at 9-9.

For a few minutes after Merrill's quick burst, The College of Idaho held stride with the Aggies, but after the Yotes took their last lead of 12-11, USU took over completely.

Redshirt freshman Trevin Dorius kicked off what became an 18-2 run with a bang, throwing down a dunk on top of the hopelessly outsized COI defenders. Abel Porter, Diogo Brito and Justin Bean then each scored two buckets as part of the run that saw COI shoot just 1-for-10 from the field. Brock Miller capped off the takeover run with his first made basket — a 3-pointer from the left wing.

"We started playing more aggressively, got downhill," Smith said of the first-half turnaround. "I thought Diogo really sparked us on both sides of the ball. Just got in attack mode."

Brito finished the game as its leading scorer with 19 in just 17 minutes of play, 11 of those coming in the first half.

A surprising aspect of the run was the fact that most of the players on the court at the time were bench players. A lineup of Porter, Brito, Sean Bairstow, Alphonso Anderson and Dorius were on the court for much of the 18-2 run. Dorius and Anderson checked out of their first stints on the court with plus/minus numbers of plus-15 and plus-14, respectively.

All active players entered the game at some point on the night. Sophomore center and last year's starter, Neemias Queta, was present for warmups but did not suit up for the game.Queta's fellow center, Kuba Karwowski, likewise was on the court in his warmups during pregame but did not play. Queta is still recovering from a knee injury he suffered during the offseason while playing in a FIBA U20 tournament.

Along with Brito's 19, Bean scored 18 points on 8-for-9 shooting with seven rebounds and three assists. Miller and Dorius also both scored double-digits with 10 apiece. Bairstow, in extended second-half minutes, finished with 11 points, six rebounds and seven assists. Merrill played just four minutes in the second half. He finished with eight points and one assist.